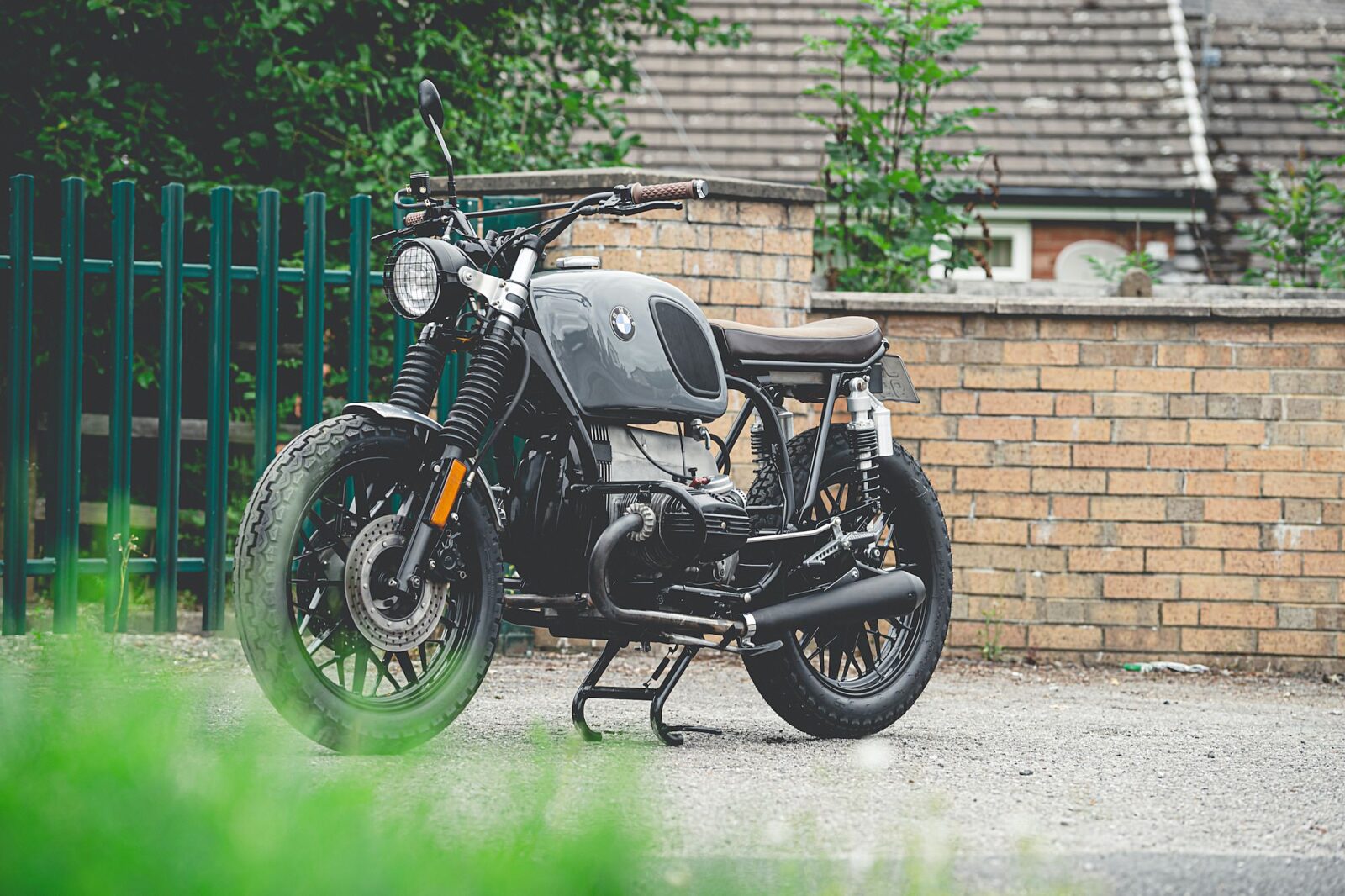 Airheads like this BMW R 65 have become a popular choice with custom motorcycle builders everywhere from Paris to Perth and just about everywhere in between.

It wasn’t that long ago that you could buy yourself a classic BMW boxer twin for low four figure sums, but those days seem long gone now, as the motorcycle buying public suddenly realized what BMW riders have known for years – old airheads are fantastic machines. 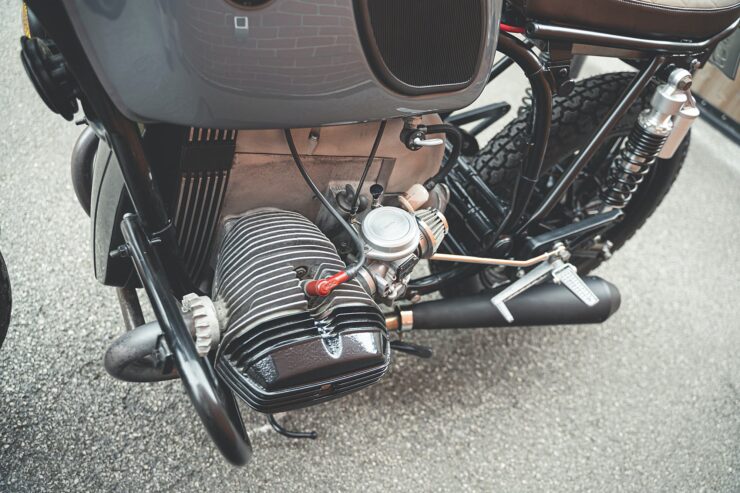 Each of the two cylinders used in R series BMW motorcycles stick out parallel with the ground to ensure they receive plenty of airflow for cooling.

The R-series of BMW motorcycles is the German company’s longest running model family, it first entered production back in 1923 with the release of the BMW R 23 and continues to this day with models like the BMW R 1250 GS, the R 18, and the R nineT.

The BMW R 65 was first introduced in 1978 as a mid-range motorcycle between the smaller R 45 and the larger R 100 model series. The R 65 proved popular due to its lower weight and its predictable handling, and the 45 to 50 hp (depending on model year) was more than enough for most riders.

Due to the strong sales of the R 65 model, BMW would later introduce some variations including the BMW R65 LS, the more sporting BMW R 65 S, and the dual-sport BMW R 65 GS which was released to pair the BMW R 80 GS and the BMW R 100 GS.

The R 65 would remain in production from 1978 until the mid-80s when it was replaced with the BMW K 75, a completely different motorcycle with an inline-three cylinder engine laid on its side and mounted low in the frame.

There are many surviving examples of the BMW R 65 as they’ve proven hard to kill over the years, today they offer a great entry point into the world of vintage airheads, and vintage motorcycle ownership in general. 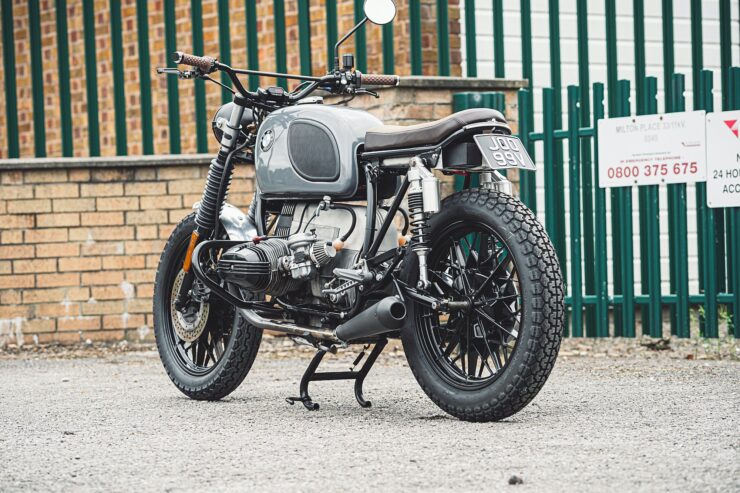 This one-off custom build would be ideally suited to daily use, particularly in and around urban environments.

The R 65 you see here has been given the full brat style custom motorcycle makeover, it now has a powder-coated frame, powder-coated and polished engine parts, a cast alloy air box delete, and a custom rear subframe.

The original rear suspension has been replaced with fully adjustable piggyback shock absorbers, a lightweight lithium-ion battery has been fitted, and it makes use of a Motorgadget M-Unit with a full LED lighting package.

The alloy wheels have been painted to match the frame, and the original fuel tank has been replaced with a larger tank from a 1960s-era BMW. The bike now has billet switchgear and an M-unit mini cluster, with a custom made seat to suit the new subframe.

This one-off BMW custom is being sold by Collecting Cars and the bidding is now live, you can click here if you’d like to see it or register to bid. 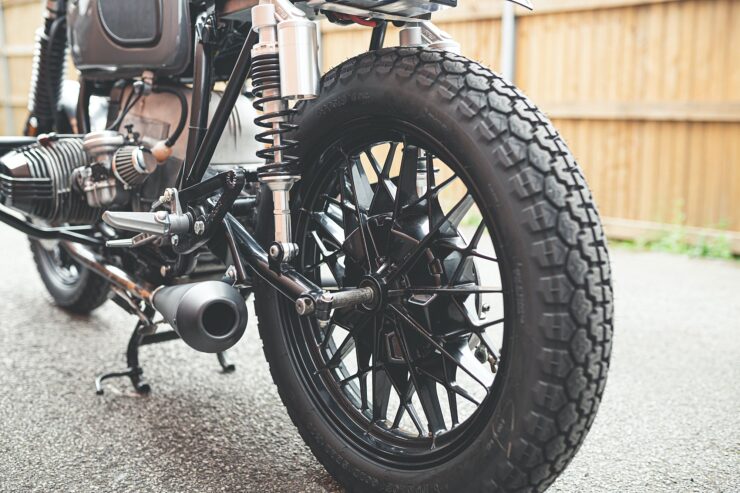 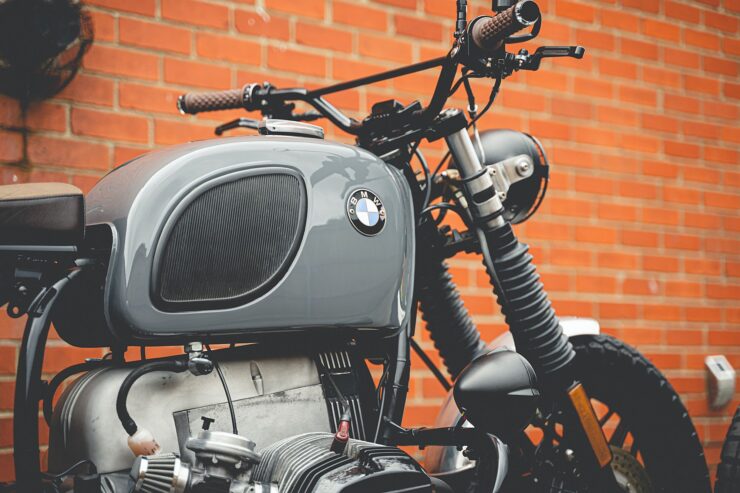 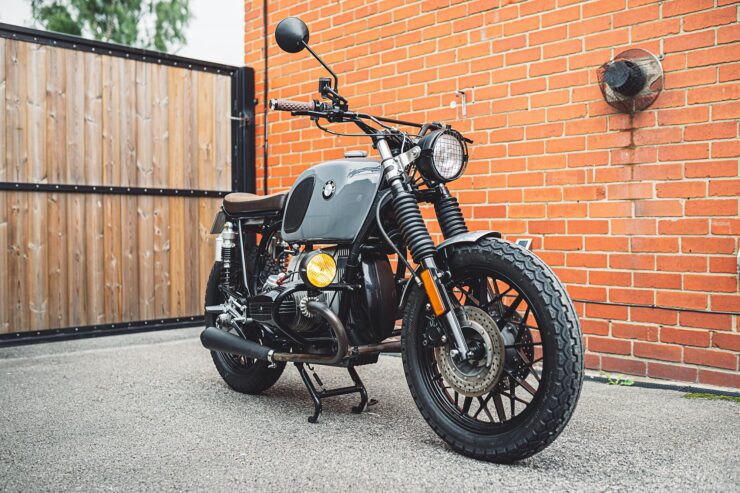 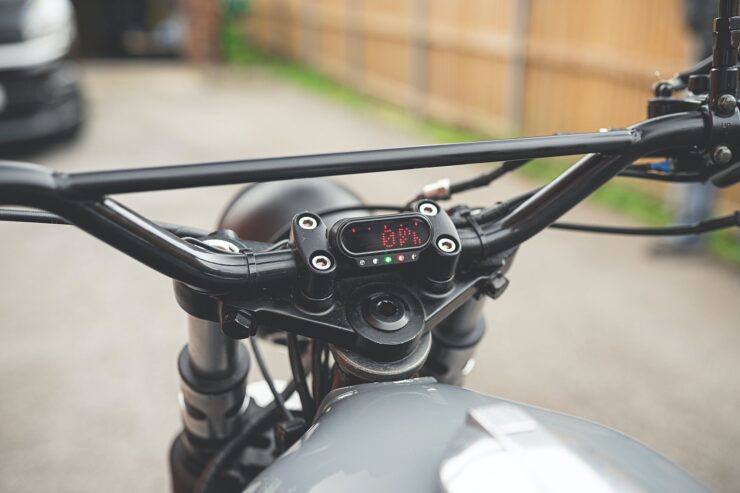 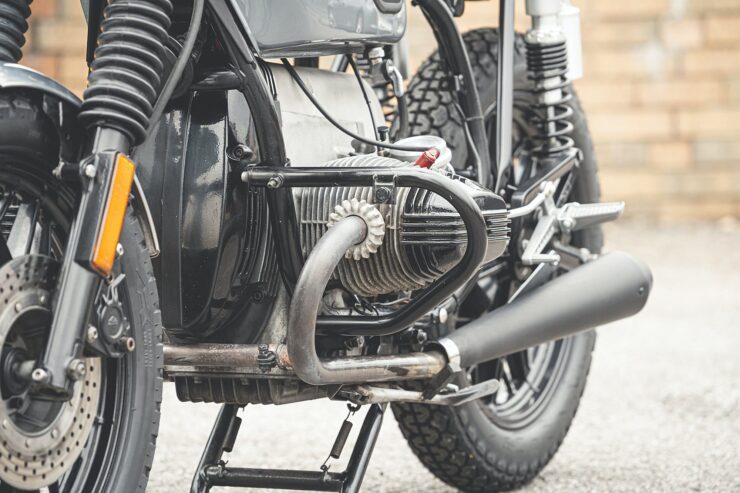 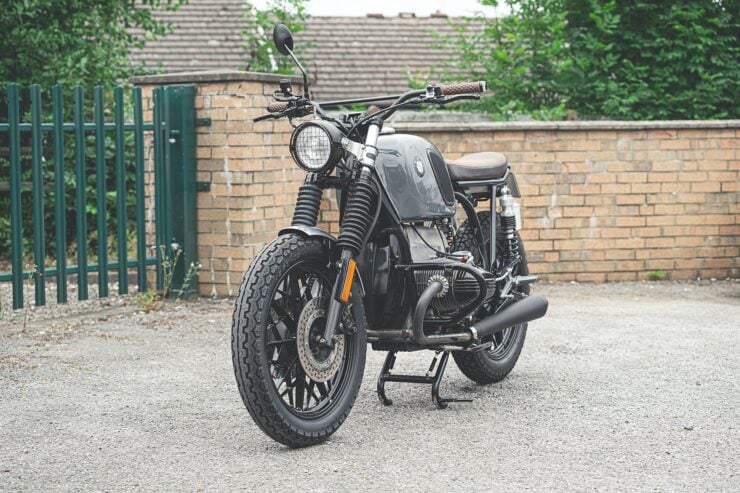 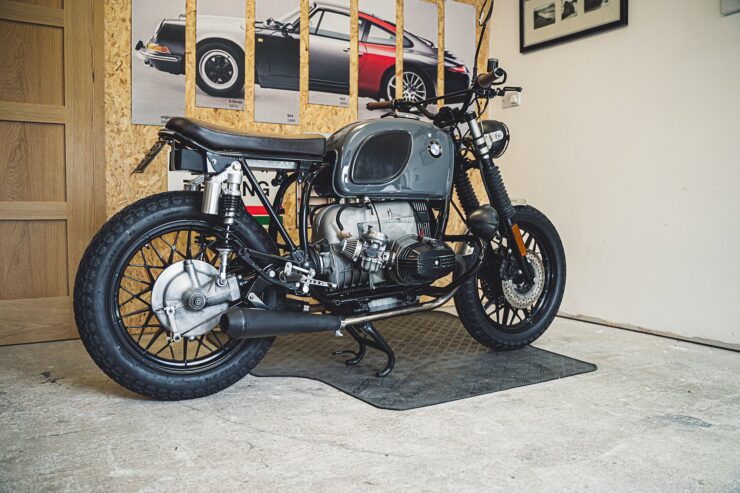 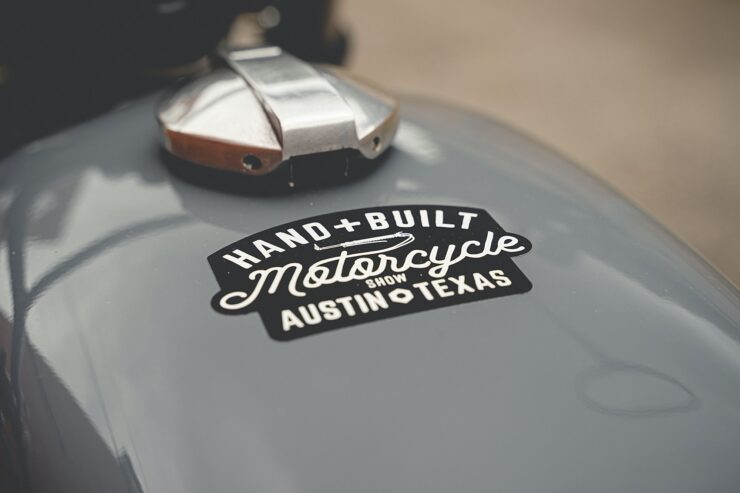 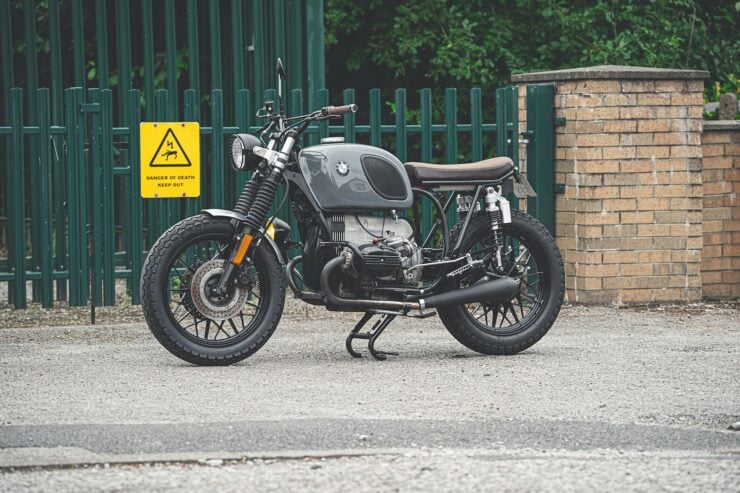 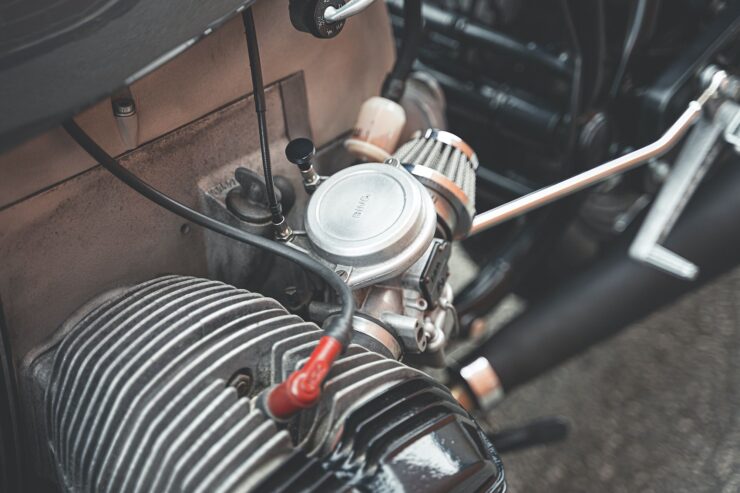 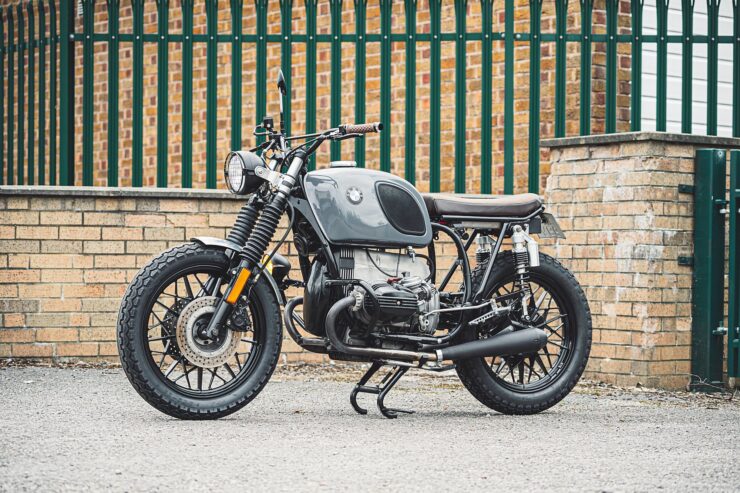