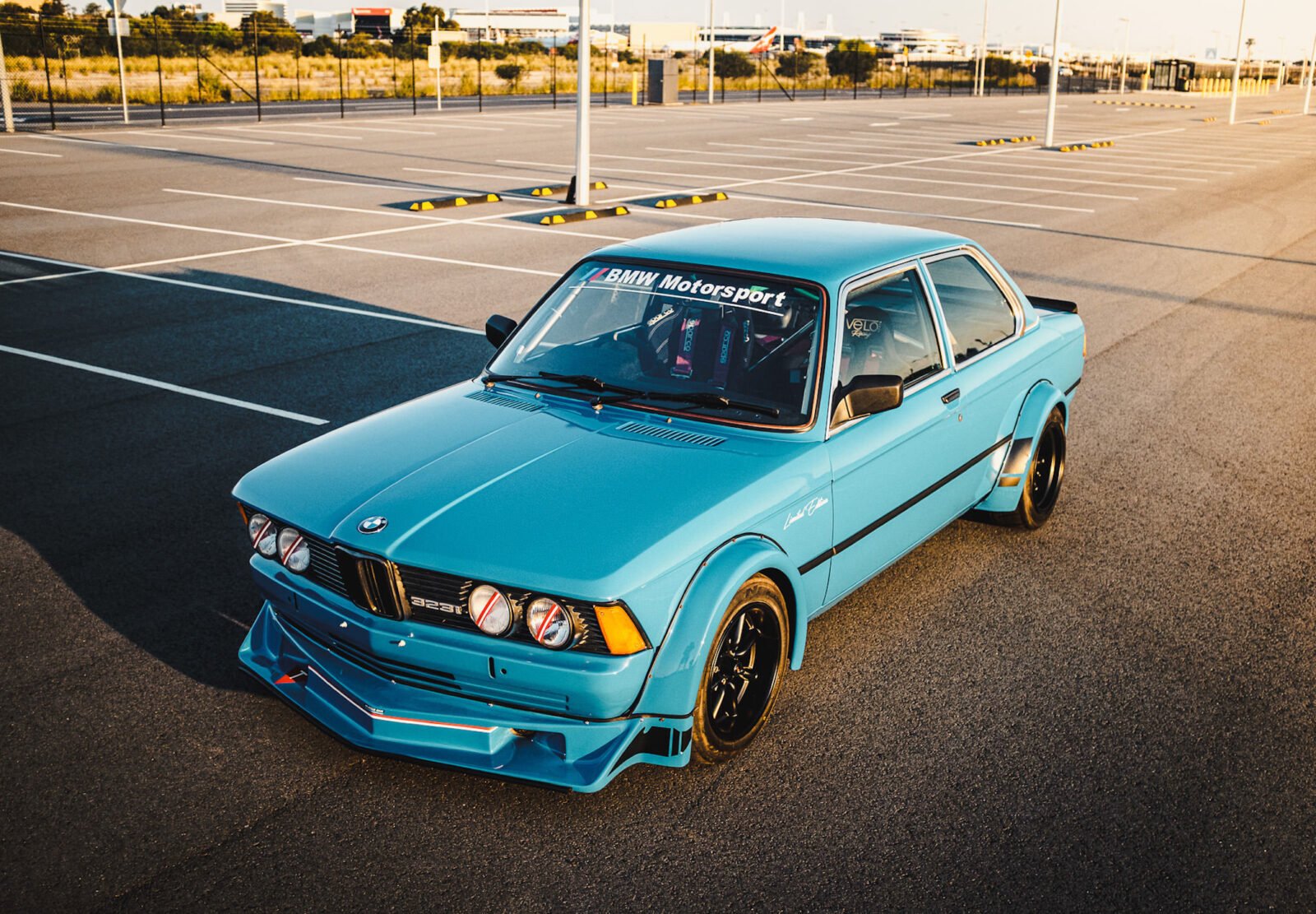 It’s now powered by a 2.5 litre BMW M20B25 engine producing considerably more than the original 170 bhp, and it benefits from a comprehensive rebuild focussed on making it a weapon in the right hands.

BMW introduced the E21 model series in 1975 as a replacement for the outgoing BMW 2002. The 2002 was one of the most beloved vehicles ever made by the German automaker, so the E21 had its work cut out for it. Rather than reinvent the wheel the engineers at BMW instead took the features that made the 2002 so popular and added to them. 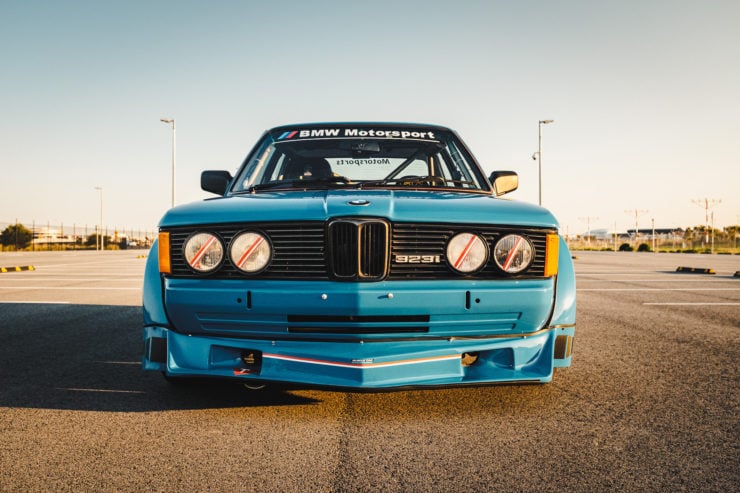 Like its predecessor the BMW E21 has steel unibody construction, a front engine / rear wheel drive layout, independent front and rear suspension, seating for five adults and a trunk that can accomodate a reasonable amount of luggage. The basic three box styling remained similar though updated for the 1970s, and whereas the 2002 had a maximum engine size of 2.0 litres, the E21 could be ordered in 323i configuration with a 141 bhp fuel-injected, six-cylinder engine.

The E21 model family would stay in production from 1975 until 1983 with over 1.3 million produced. Today we see the E21 as being bookended by two of BMWs biggest hits – the 2002 and the E30. As a result of this the E21 is often overlooked by collectors and enthusiasts, which means they can typically be bought for less – but it’s important to note that they’re no less fun.

The car you see here is essentially a four-wheeled greatest hits album of 1980s BMW classics. It started life as a top-of-the-line 323i which is important as it means the car came with four wheel disc brakes from the factory – the models beneath it all had discs up front and drums on the rear. 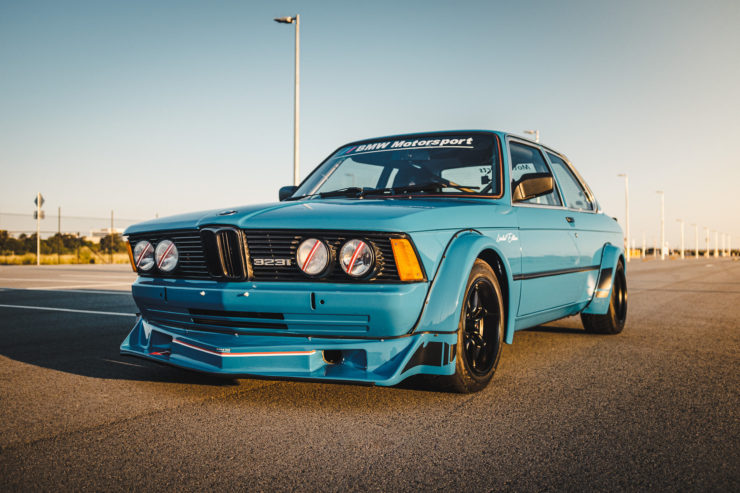 Over the course of its life the car has been completely rebuilt into a track-focussed racer with a wide body kit, a deep chin spoiler, and there’s a discreet spoiler in the trunk lid. It’s wearing 15″ RS Watanabe 8-spoke matt black alloy wheels shod with sticky, track-ready Nitto rubber.

The original 2.3 litre engine has long since been removed and replaced with a larger and higher-performing M20B25 engine. Advanced Tech Automotive imported and supplied the engine, it’s now also fitted with a cold air intake system and it was fitted with new gaskets, a clutch kit, a new flywheel, and a new exhaust system including Hi-Tech headers and a performance exhaust system. 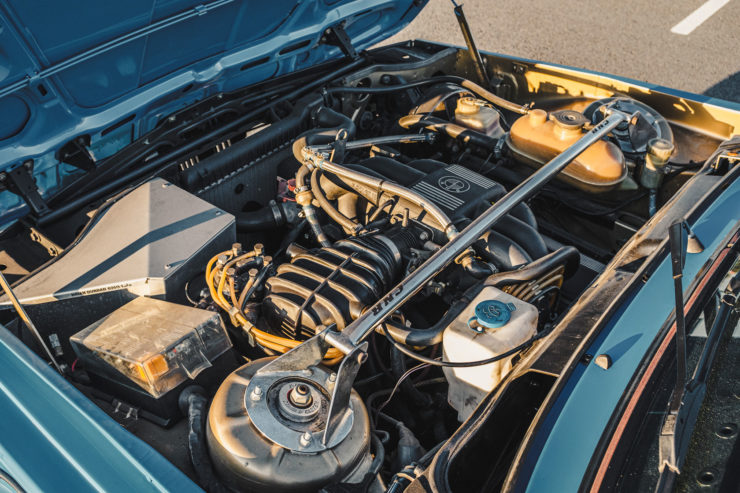 The interior has been stripped for weight reduction, it’s fitted with a six-point roll cage, two racing seats with five-point Sparco harnesses, and a Sparco steering wheel. The suspension was rebuilt by the team at Suspension Technology Australia specifically for track use and it’s now fitted with Bilstein shock absorbers.

Due to the track-focussed nature of the car it’s not road-legal, as the modifications required to get it road-legal would cause too much of a performance compromise. As it stands it’s an ideal race car for anyone passionate about BMWs, particularly BMWs from the golden age when the kidney grills were a reasonable size.

If you’d like to read more about this car or register to bid you can click here to visit the listing on Throttle Trader. 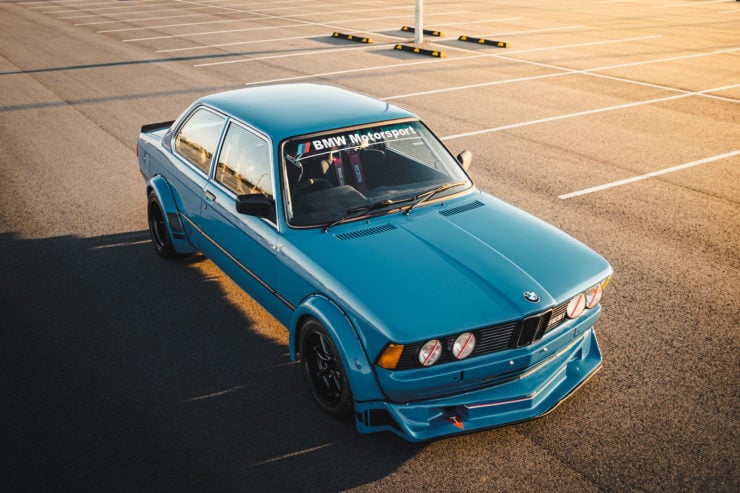 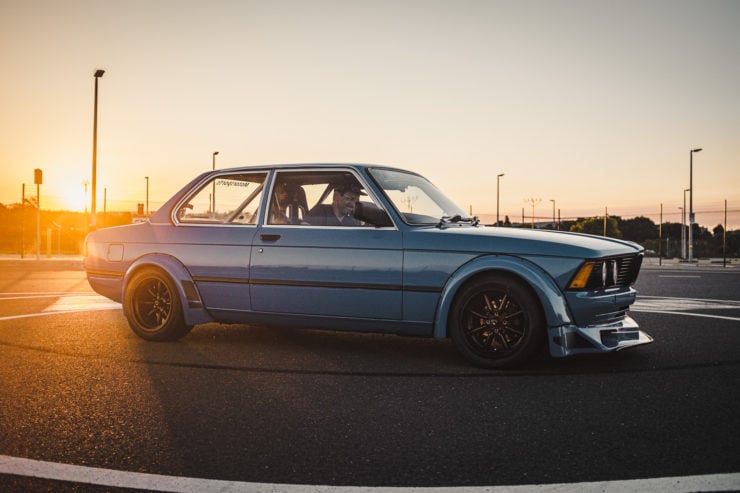 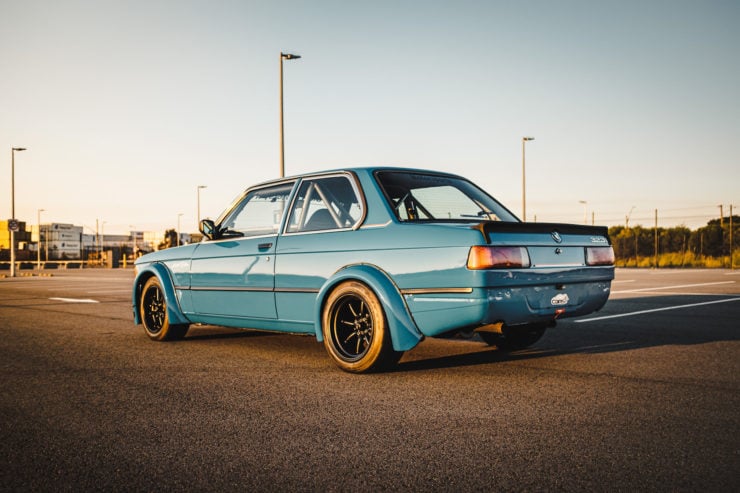 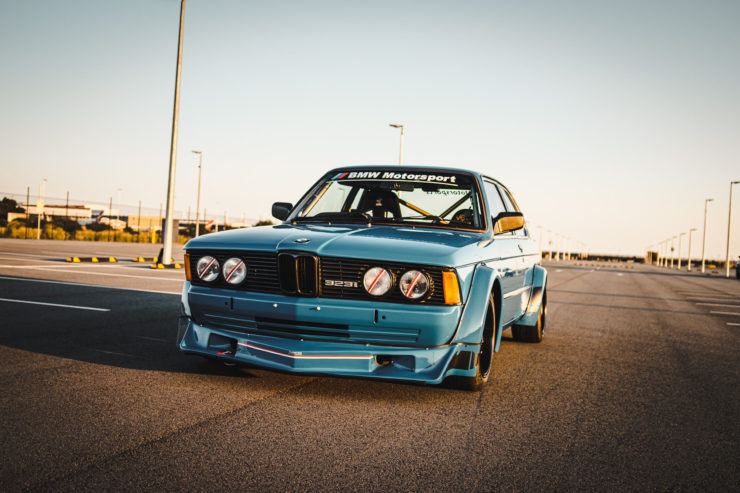 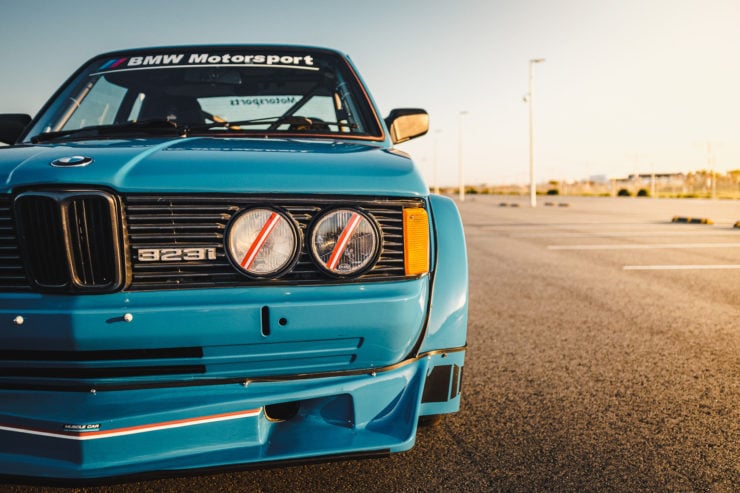 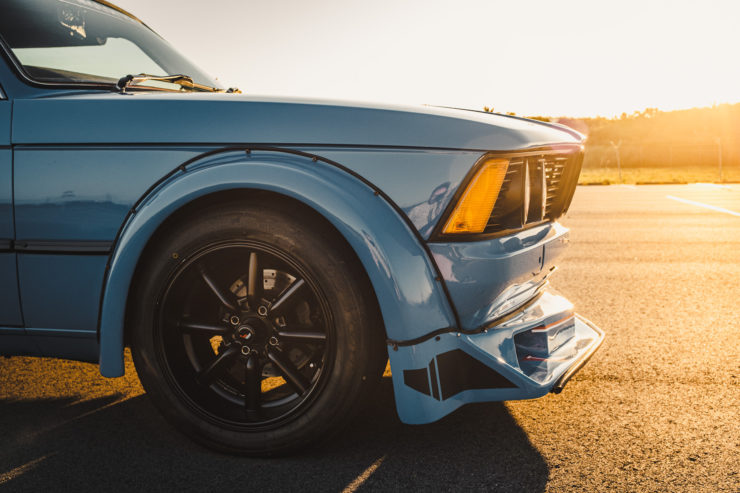 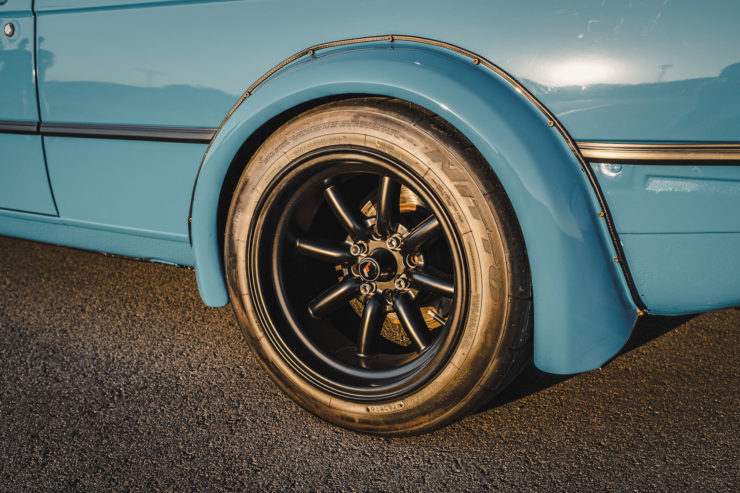 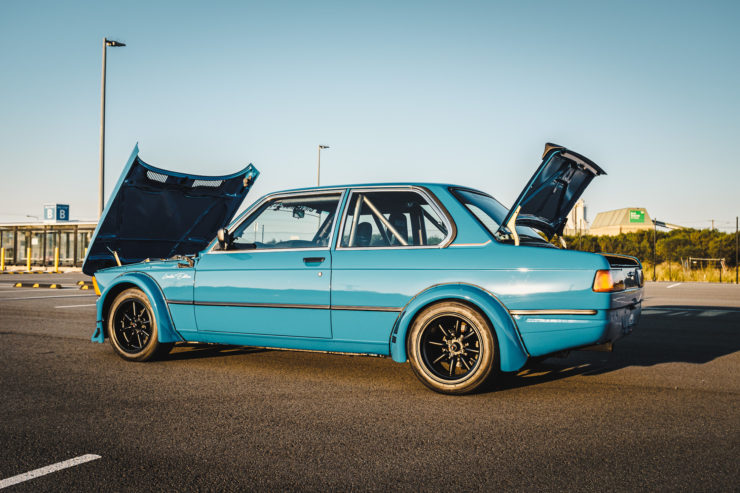 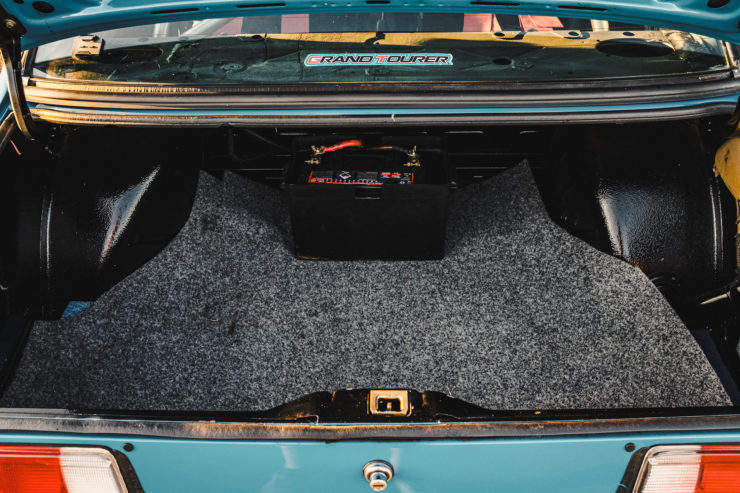 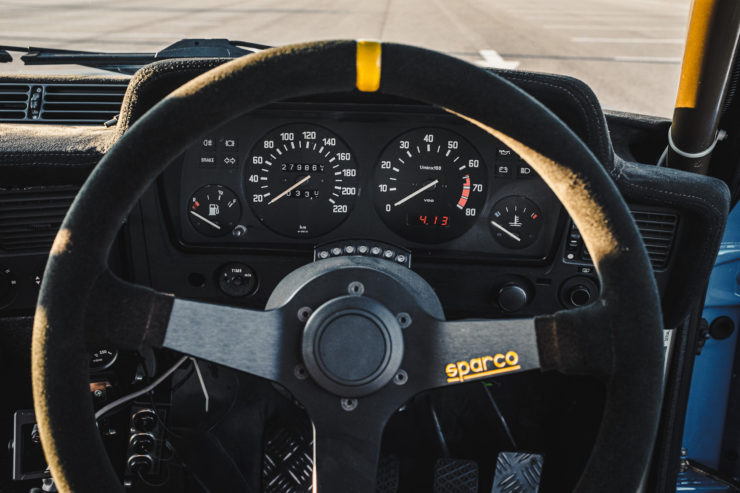 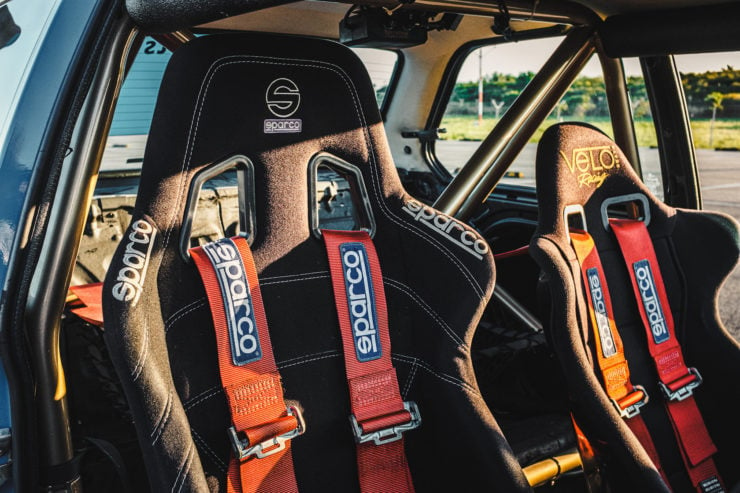 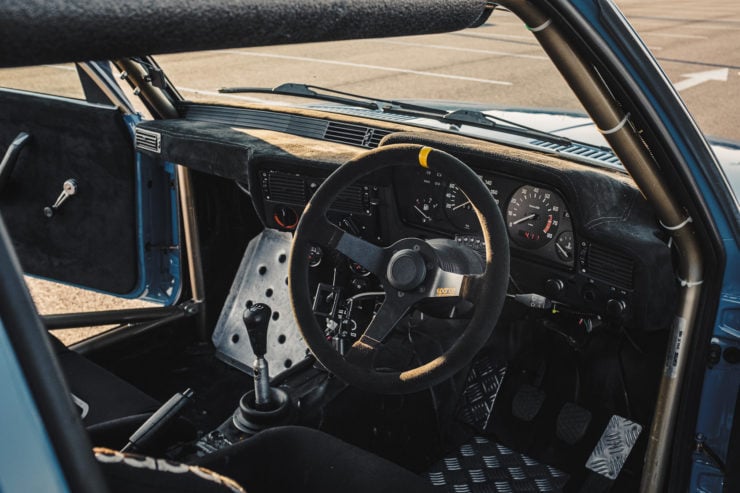 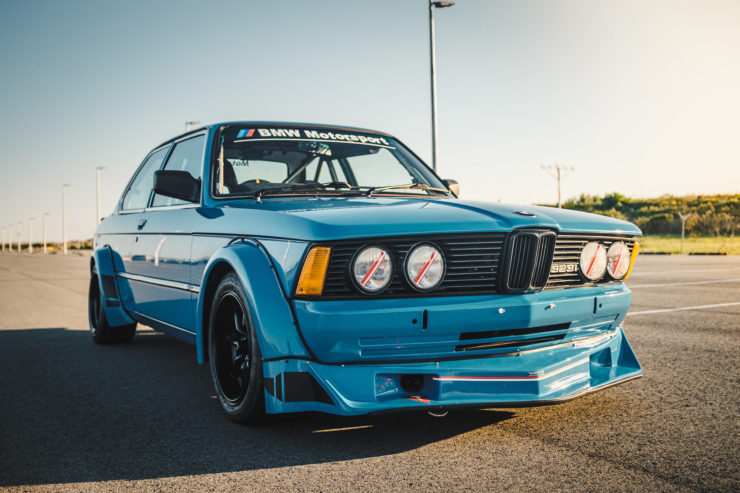 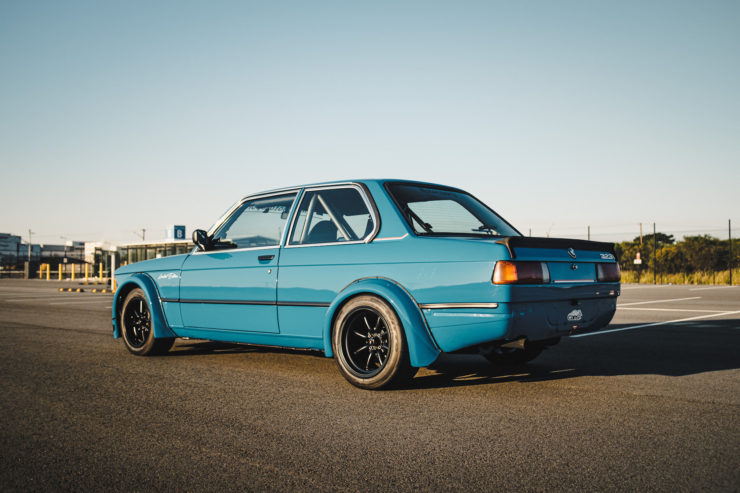 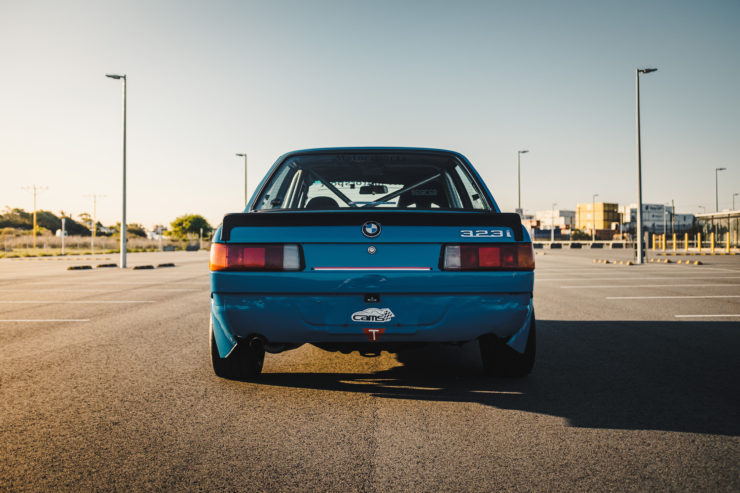 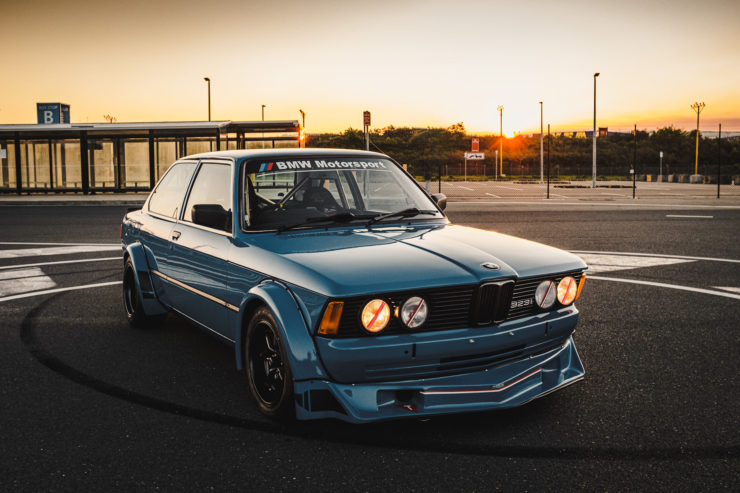 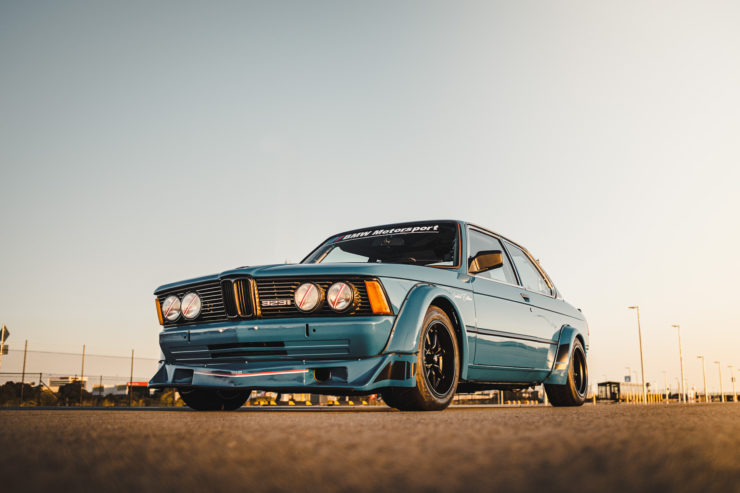 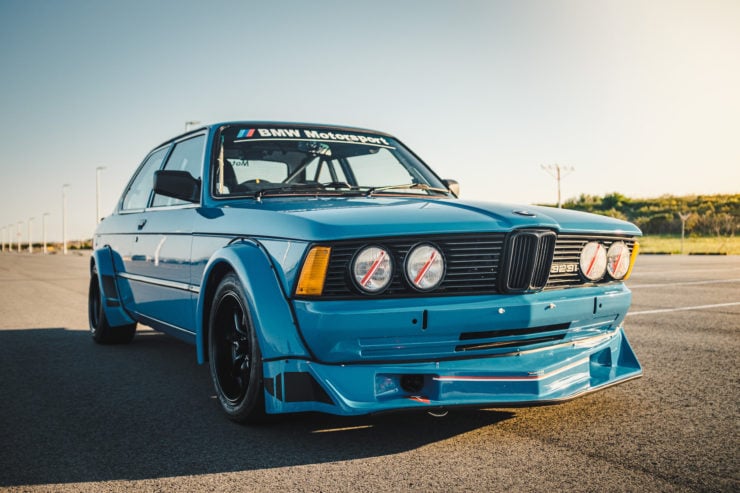