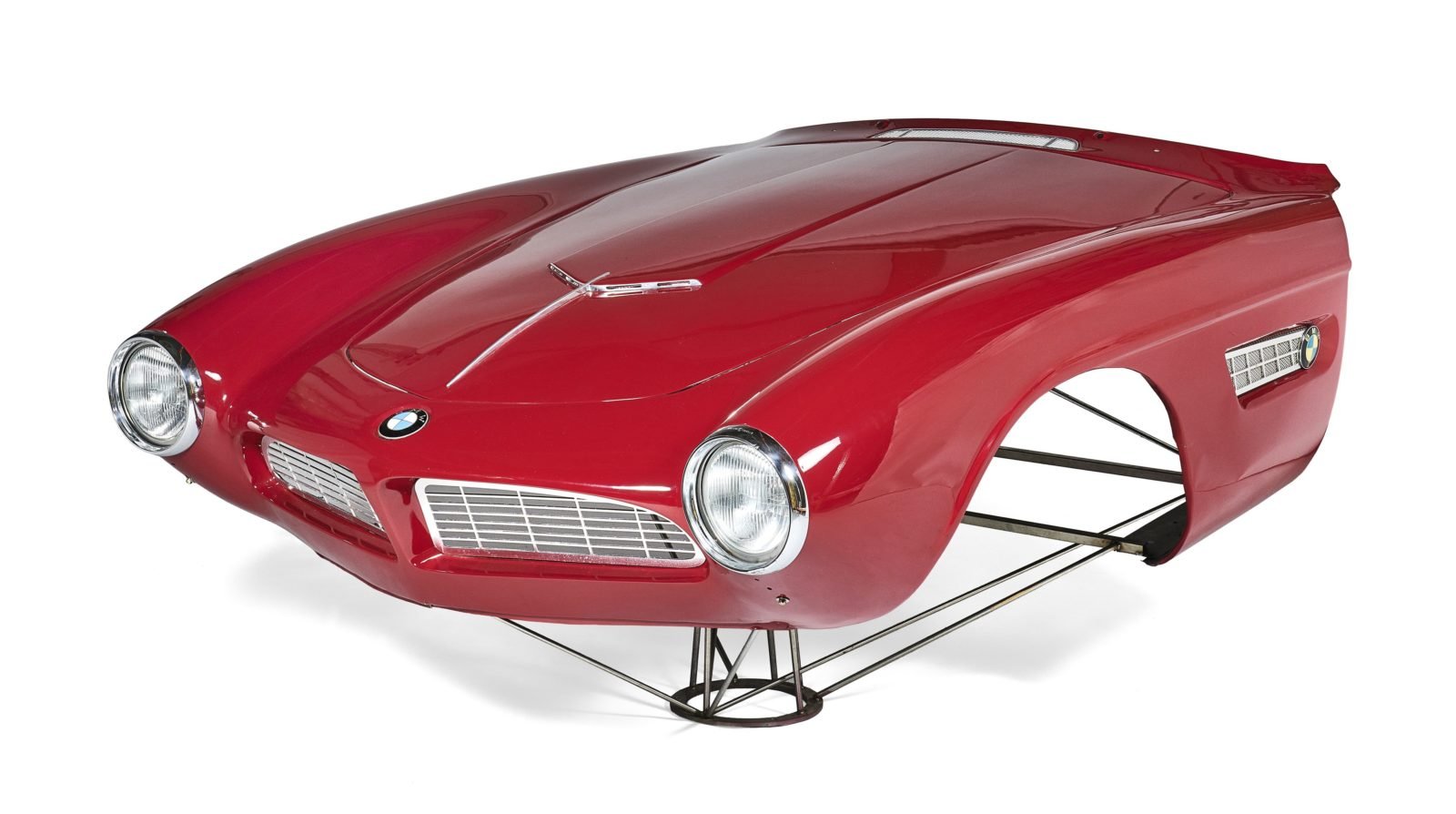 This is the front end bodywork from a BMW 507, widely considered to be one of the most beautiful BMWs of all time. Elvis Presley was a fan, he bought himself a 507 and used it as his daily driver during his time stationed in Germany while serving in the US Army.

Though it’s undeniably beautiful, the BMW 507 very nearly caused the bankruptcy of BMW. The original plan had been to sell thousands of them a year to the Americans but by the end of production just 252 had been made.

The idea behind the 507 was solid, it had been conceived by influential New York automobile importer Max Hoffman who wanted a car that was priced halfway between the expensive Mercedes-Benz 300SL and the smaller, cheaper sports cars from Triumph and MG. 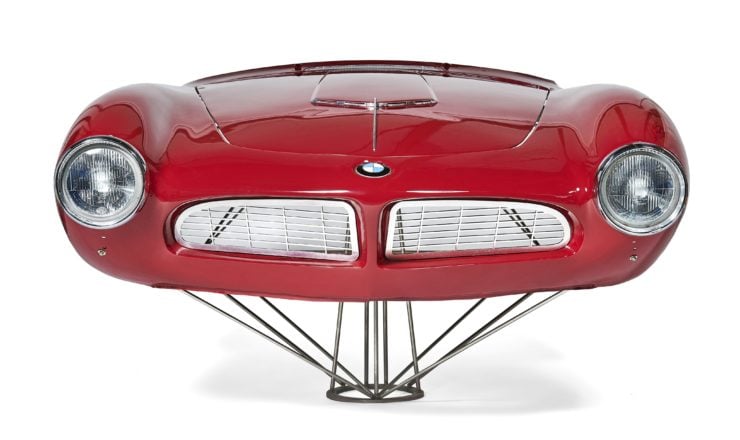 The design of the BMW 507 was penned by Albrecht von Goertz, a famed German industrial designer who also designed the BMW 503, and who contributed influential first design sketches for the Toyota 2000GT.

Hoffman insisted that BMW hired the designer Albrecht von Goertz for the job and he excelled himself, creating a design that incorporated all the best elements of the Jet Age and none of its excesses.

Though the public loved the car the price was untenable for all but the wealthiest of buyers, one of whom was Elvis Presley who bought a white BMW 507 when in Germany serving in the US Army.

As the story goes, the local German girls quickly realized it was Elvis’ car and every time he left it parked anywhere he would return to find it covered in phone numbers and love notes all written in red lipstick. 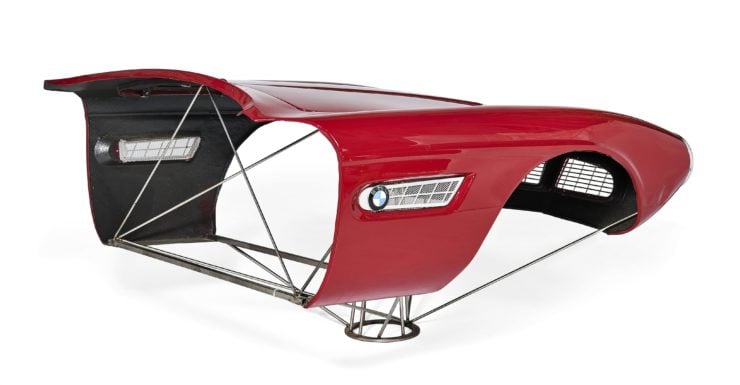 This front end is said to be from a 507 that was damaged, it’s been mounted to a display base and it still has al its original lighting and brightwork fitted.

Every time he drove onto the base he would be teased about the lipstick messages all over his car so he solved it, quite cleverly, by painting the whole car in the same shade of red as the lipstick.

The BMW 507 front end you see here is said to be from an original car that was damaged at some point in the past, the aluminum front bodywork was removed and placed on this stand as a display piece. 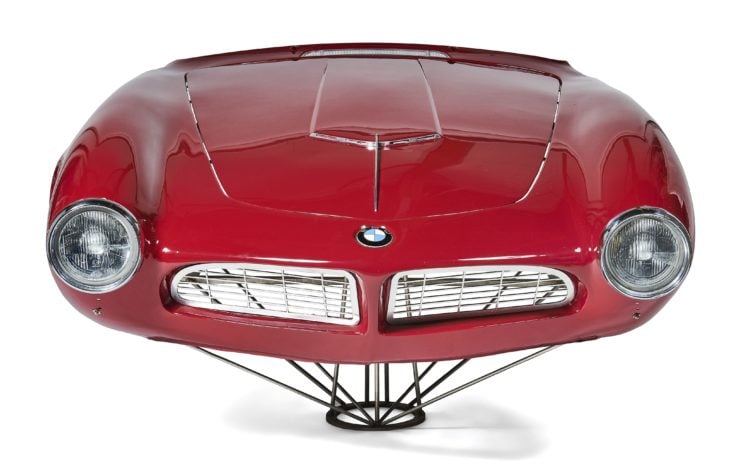 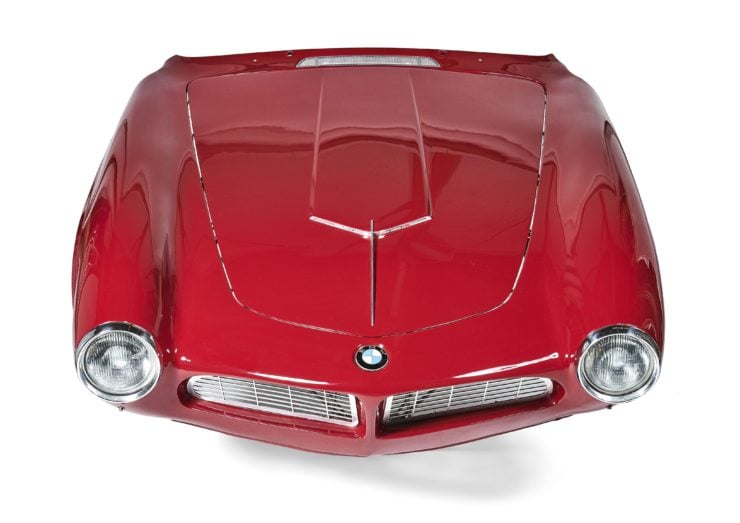