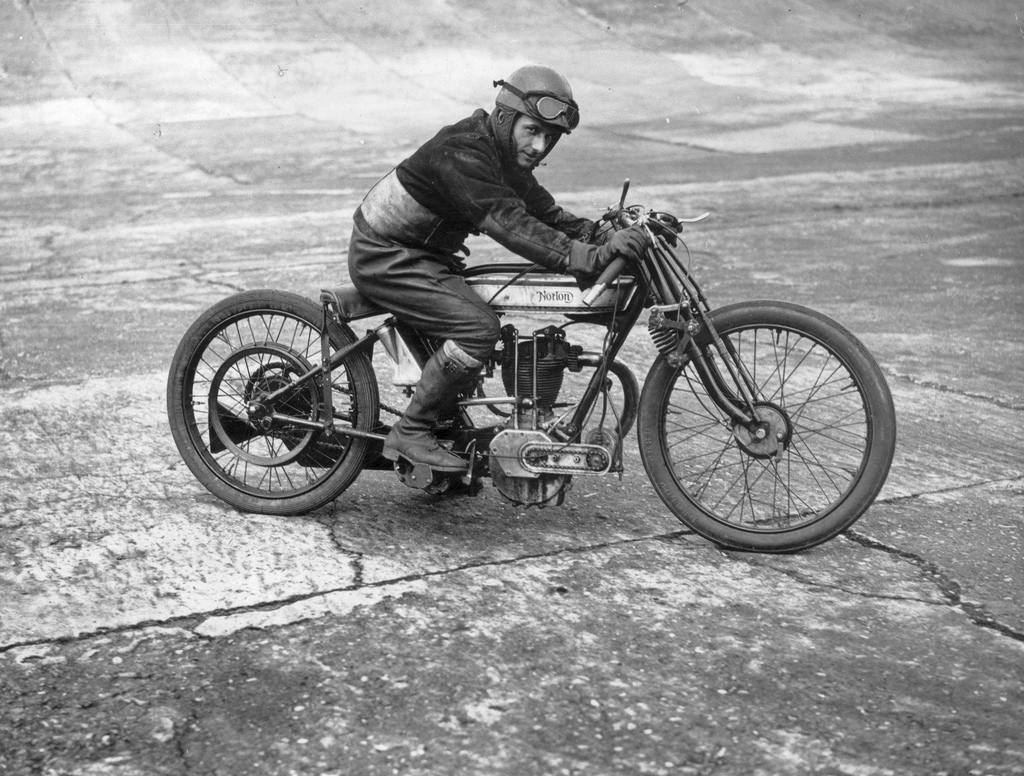 This is old time racer Bert Denley in 1925 at Brooklands, he’s sitting atop a fantastically grubby single cylinder Norton – Bert worked for the local Butcher in Byfleet. I’ve been doing some research but I can’t isolate exactly which Norton model that is, it does look like it’s been modified somewhat from factory spec and has what looks like an exposed, chain driven magneto (I think).