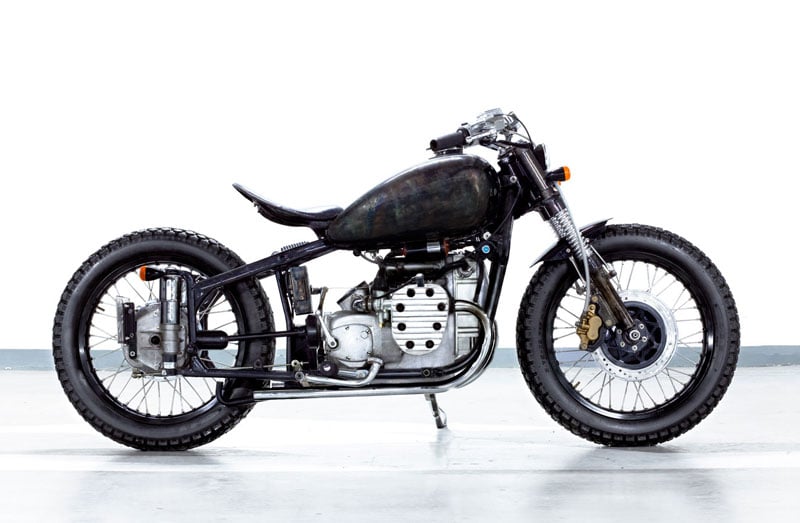 Bandit 9 is a relatively new custom motorcycle workshop in Beijing headed up by Daryl Villanueva, it currently has 2 CJ750 builds on the showroom floor and both of them are phenomenal looking bikes.

The model pictured here has been dubbed “Magnus”, it’s based on the Chinese Chang Jiang (or CJ750) motorcycle, which is based directly on the Russian Ural, which is in turn based on the WW2 era German BMW R71. No-one can deny that the bike has some serious history. 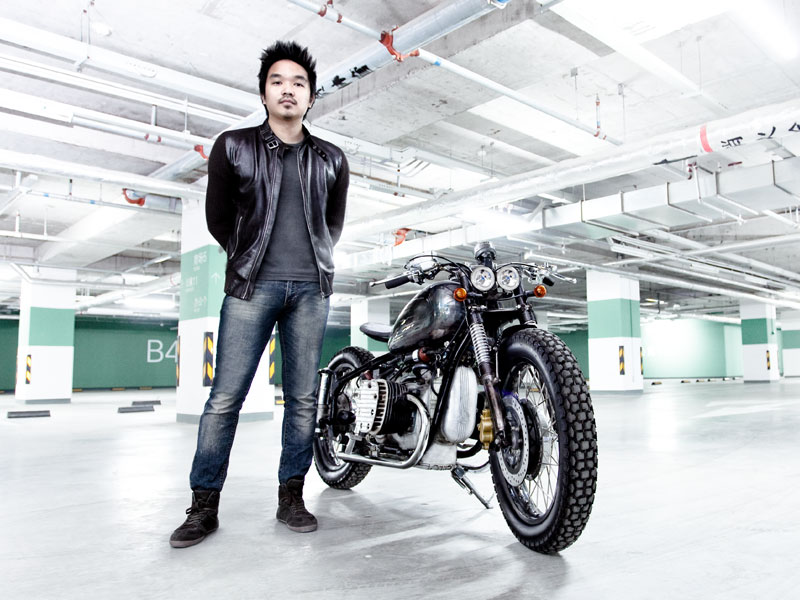 Daryl decided to avoid the paint shop altogether with this build, he wanted to make the bike almost impossible to copy and with this in mind he used a trick he developed in art school. Basically, he set the bike’s fuel tank, frame and forks on fire using an oxyacetylene blow torch, then scrubbed off the burnt outer layer leaving the bike with beautiful, industrial patterning.

The stock CJ750 isn’t the most beautiful (or streamlined) bike in the world so Daryl set about stripping off elements that the bike didn’t need, the rear-frame has been shortened and the clunky old seat thrown away, to be replaced with a beautiful suspended-seat design custom made by Bandit 9.

The twin headlights, speedo, gas cap, air filters, exhaust and front suspension are all heavily reworked or custom made, making the $7,888 USD asking price seem like a hell of a bargain. 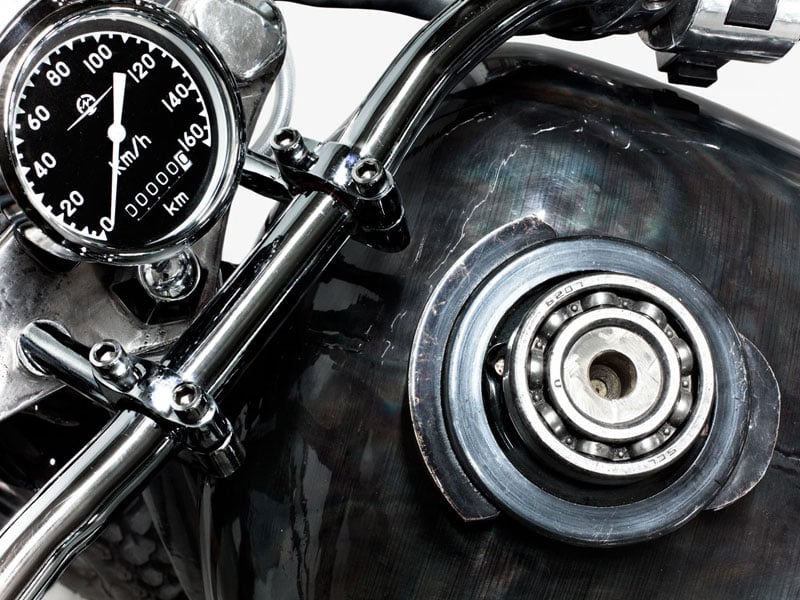 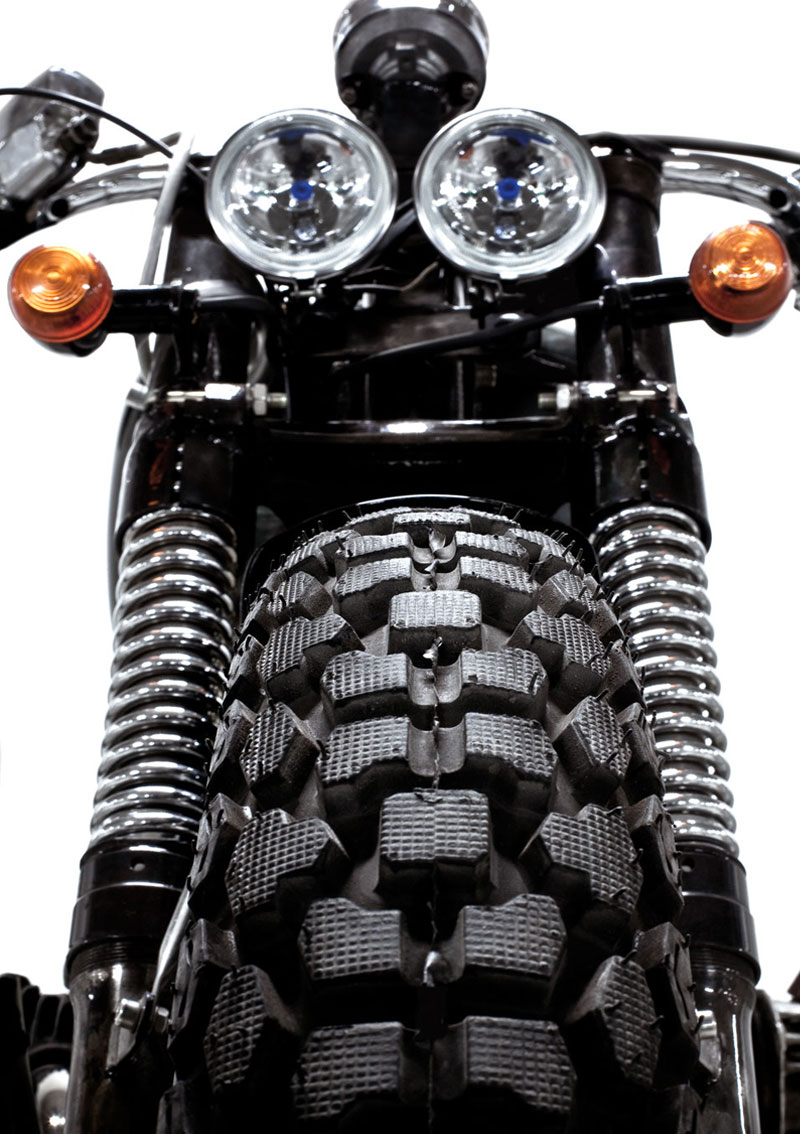 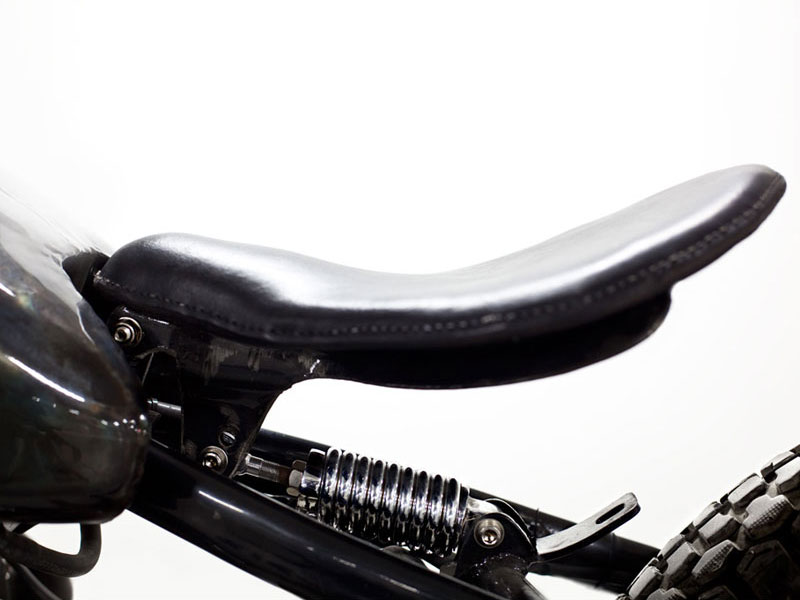