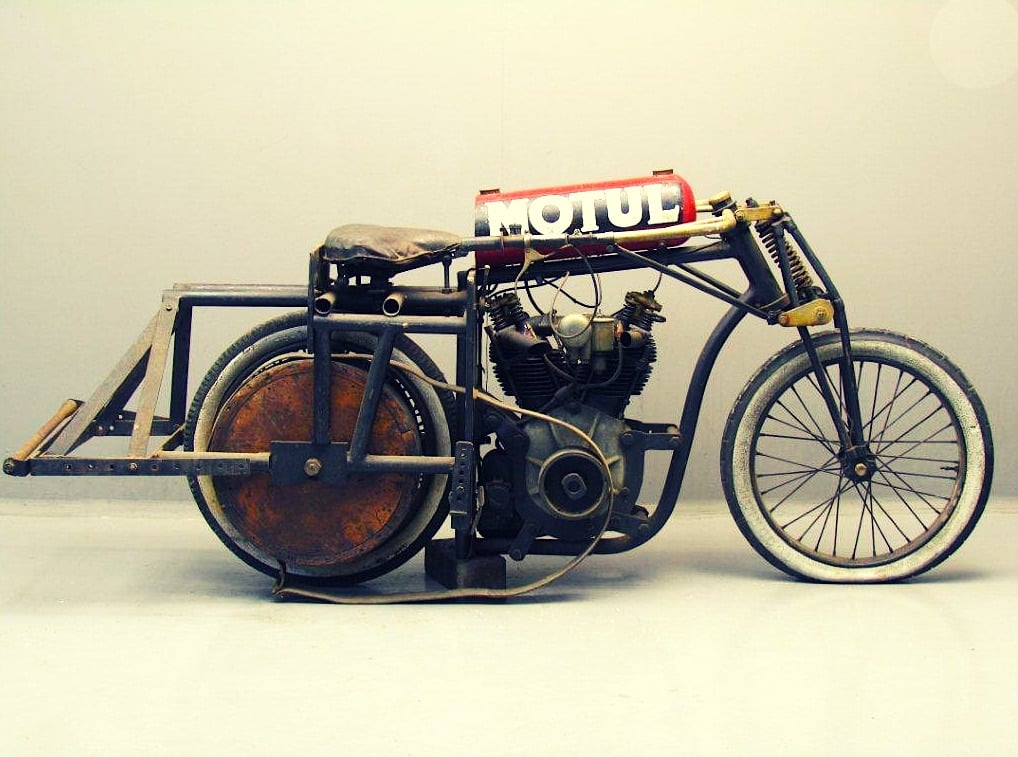 Motor Paced Racing was a huge spectator sport in the early 20th century, tens of thousands of people would turn out to watch the famous cyclists of the day hit speeds in excess of 100kmph on their small, steel framed bicycles.

These speeds were possible due to the “pacers”, essentially they were men on large motorcycles who rode directly in front of their cyclist team mate, creating an aerodynamic shield and allowing the cyclist to slipstream at staggeringly high speeds. 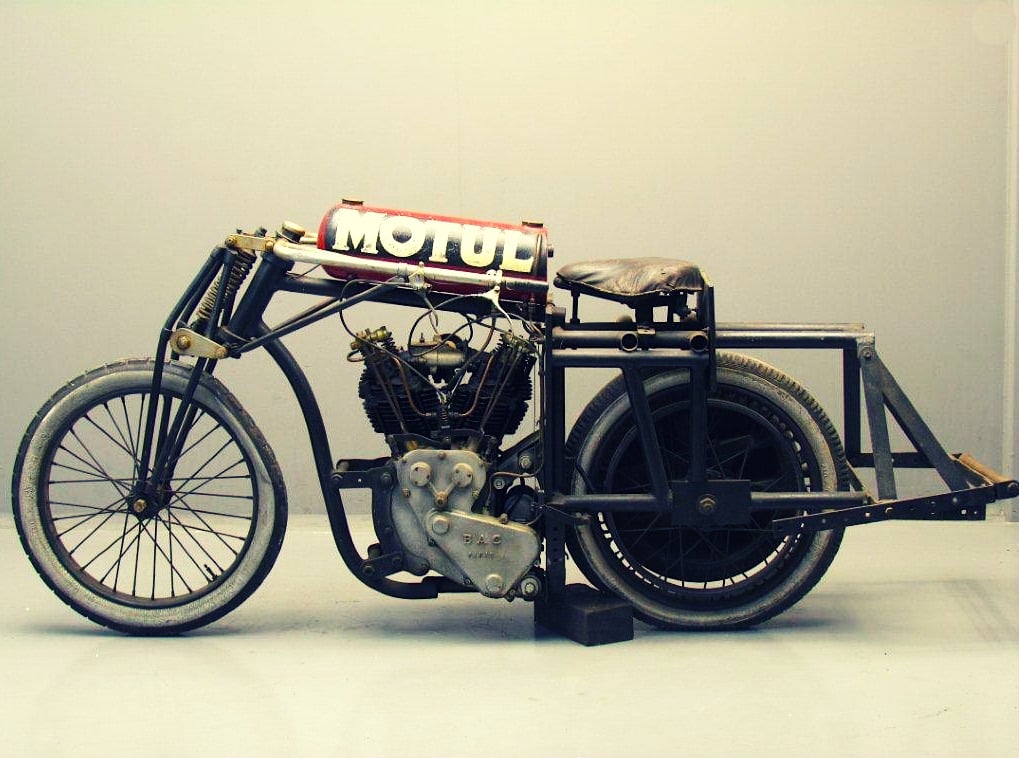 This motorcycle is a pacer from 1928, it has a 2400cc V-Twin with overhead valves and a direct drive system (no transmission). Pacers such as this would slowly accelerated from 0 up to speeds in excess of 100kph with the rider sitting as upright as he could, in order to deflect as much air away from the trailing cyclist as possible.

This unrestored BAC Pacer is currently for sale via Yesterdays.nl, hit the link here to read more, take a look around the site while you’re there, they have some fantastic motorcycles in their collection. 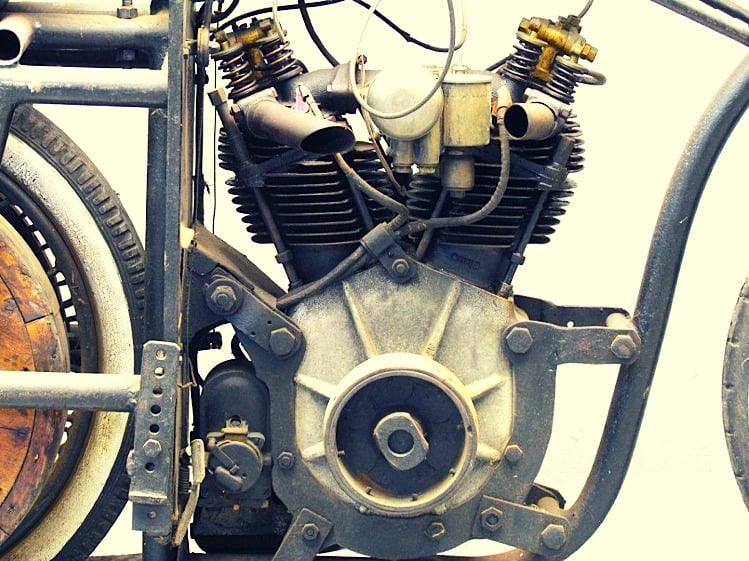 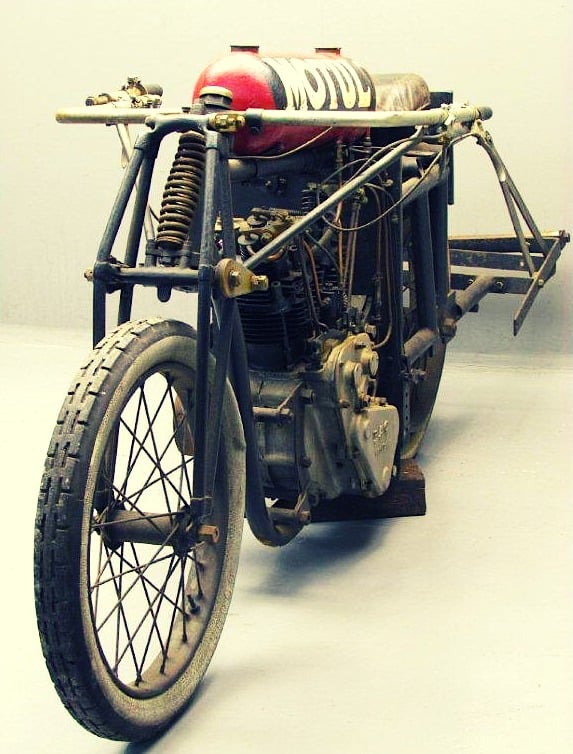 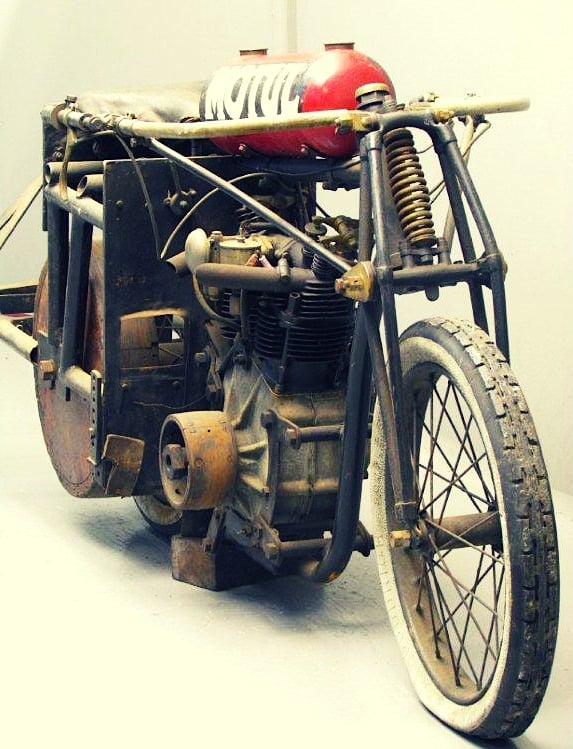 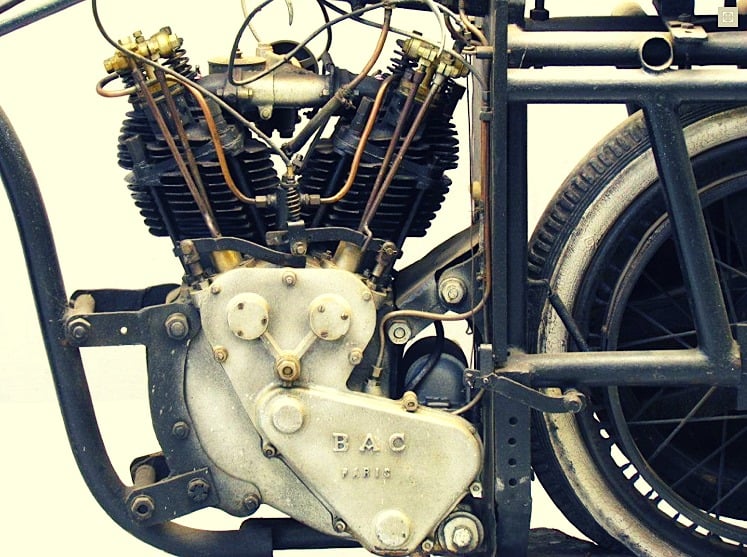 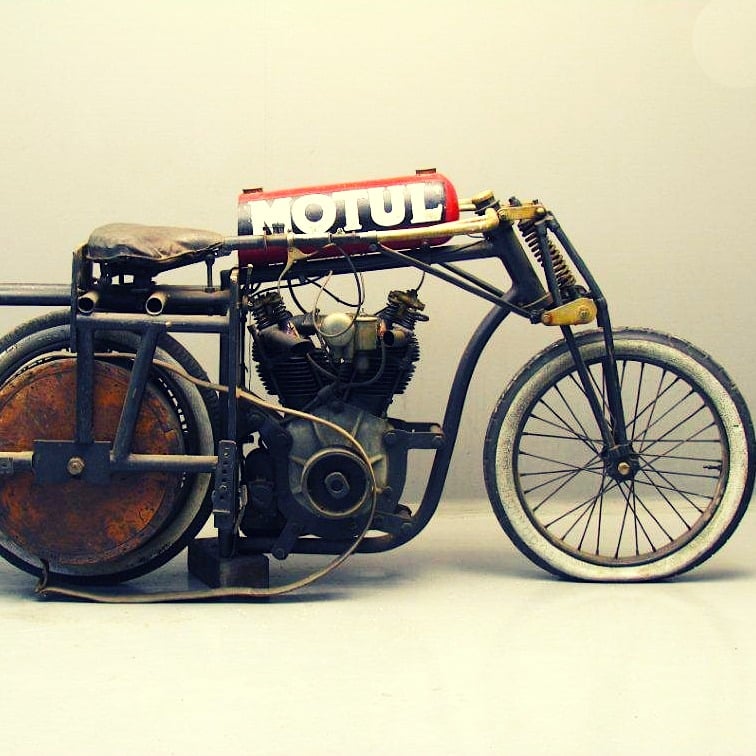