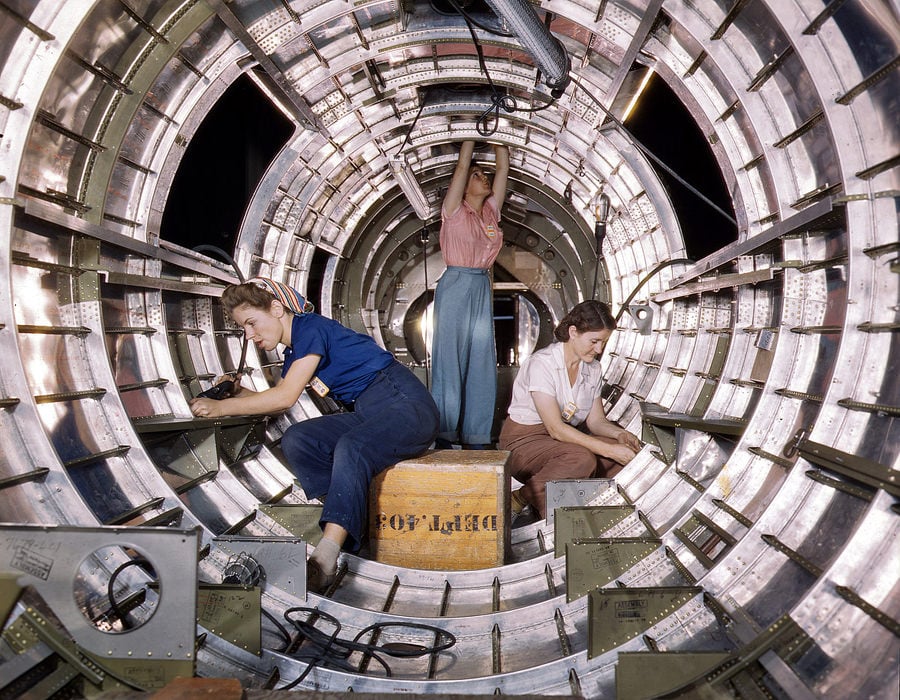 This colour photograph from October 1942 looks like it was taken yesterday, its official title is “Workers installing fixtures and assemblies in the tail section of a B-17F bomber at the Douglas Aircraft Company plant in Long Beach, California.”

It’s a 4×5 Kodachrome transparency and it was taken by the photographer Alfred Palmer.