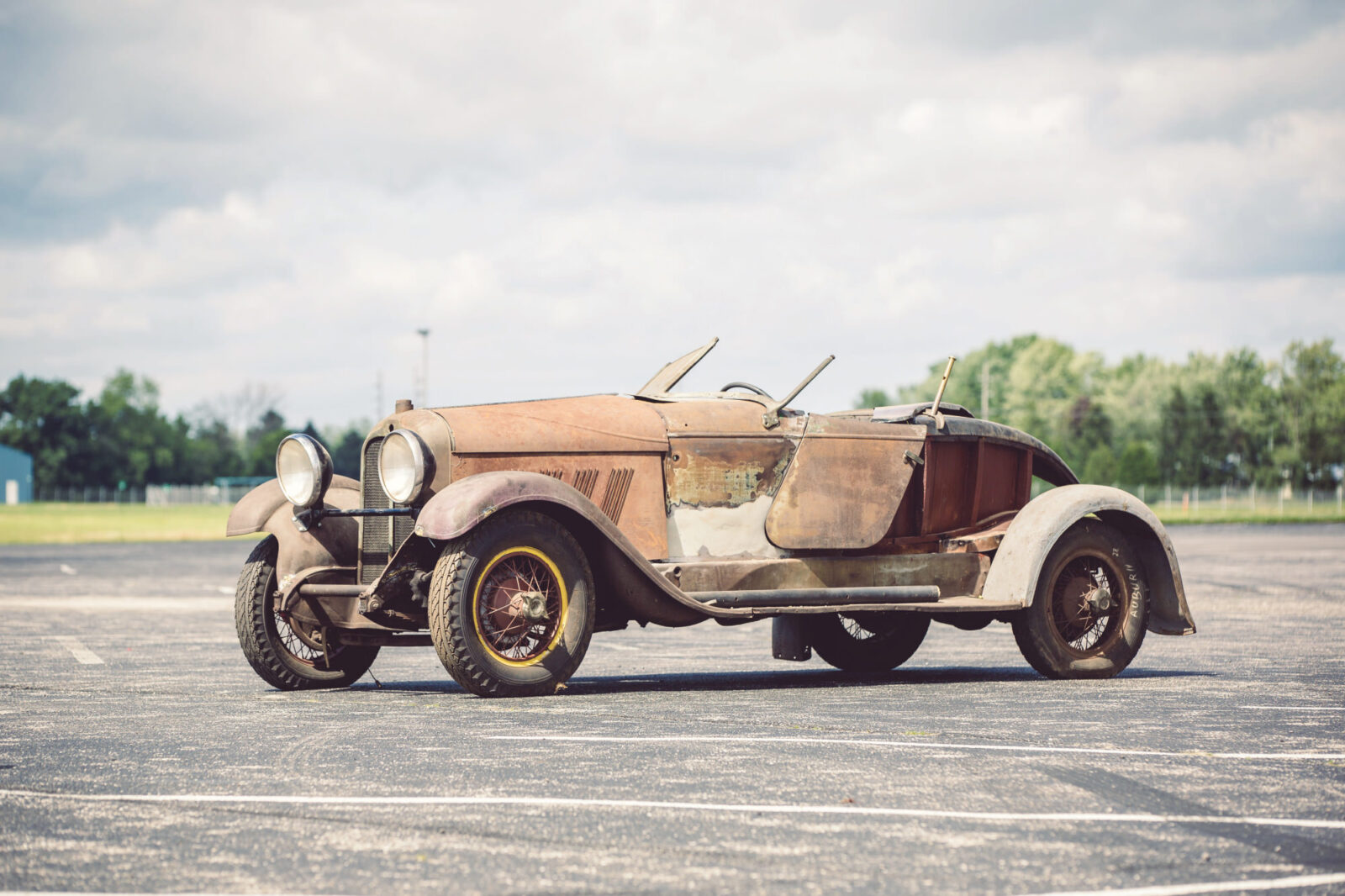 The American answer to the lightning fast Bugatti, Bentley and Rolls-Royce automobiles coming out of Europe in the 1920s was the Auburn Speedster, a car designed by Gordon Buehrig that was audacious even in the heady days of the pre-Great Depression United States.

It’s difficult to say anything about the design of the Auburn Speedster that hasn’t already been said a dozen or more times. Essentially, it’s a staggeringly beautiful coupe with swept-back aerodynamic styling that allowed it to reach speeds in excess of 100 miles per hour. Very few people had travelled over the fabled 100 mph mark at the time, most cars struggled to reach 60 mph, and air travel was still very much a luxury.

Before the arrival of the Speedster, Auburn was in rather poor condition. Just 6 cars a day were being sold in 1924, when the enterprising car salesman Errett Lobban Cord took over executive duties. He brought in new designers and encouraged them to create something that would really create a stir – even when compared to models offered by companies like Duesenberg.

The Auburn Speedster was an immediate hit in the United States and won over some rather important fans in Europe too – including land speed record holder Sir Malcolm Campbell, who used one as his daily driver.

A number of engine options were offered over the 12 year production run, the naturally aspirated inline-8 was the most common and depending on the year, it could produce anywhere up to (and over) 125 hp. The three-speed synchromesh transmission along with the dual ratio axle gave the Speedster a 6-speed transmission, which was ideal for everything from long-range cruising to inner city driving.

The 1929 Speedster you see here has had a rather interesting life, it was discovered in a forest in New Jersey and saved back in the middle of the last century.

Local legend attributes ownership of the car to George Putnam, the New York publisher and more famously, the widower of Amelia Earhart.

Putnam owned a first generation Auburn Speedster and lived in the area where this one was discovered, it’s not known what happened to his car but local residents were adamant that he’d parked the car in the woods for reasons only he would ever know.

Although it’s clearly in very poor condition, the market for these cars is expansive. It’s impossible to buy one for even close to $200,000 USD so the estimated value on this one of $60,000 to $80,000 puts it into the affordable catgegory – and if the restorer was able to verify its Putnam ownership it would be worth well in excess of $1,000,000 USD.

If you’d like to read more about the car or register to bid on it, you can click here to visit the listing via Auctions America. 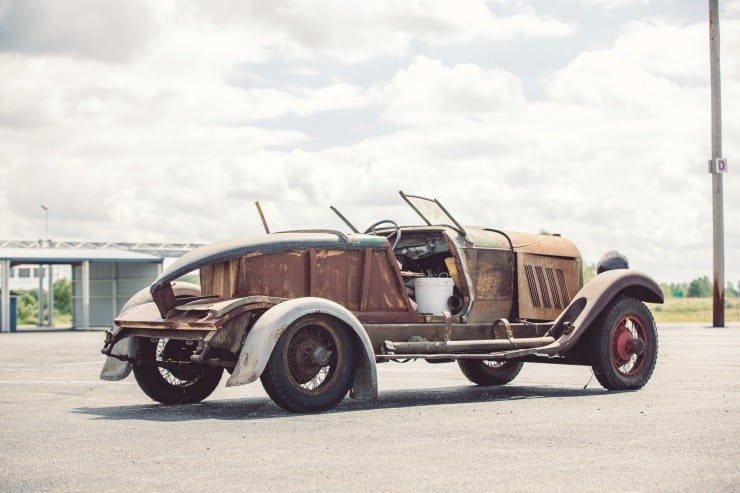 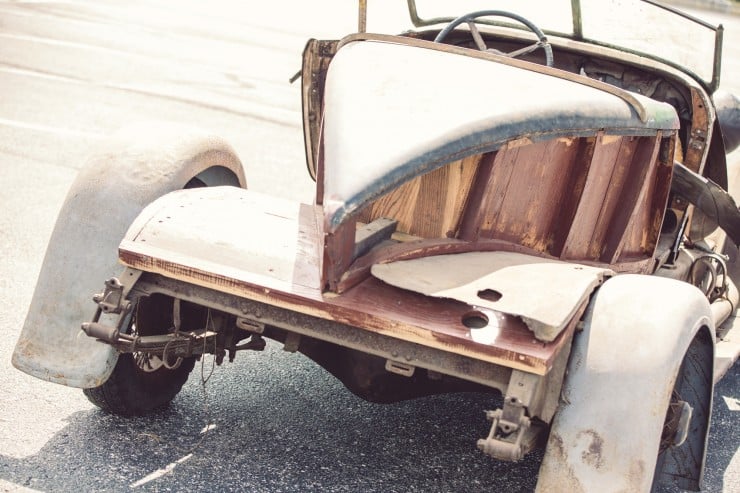 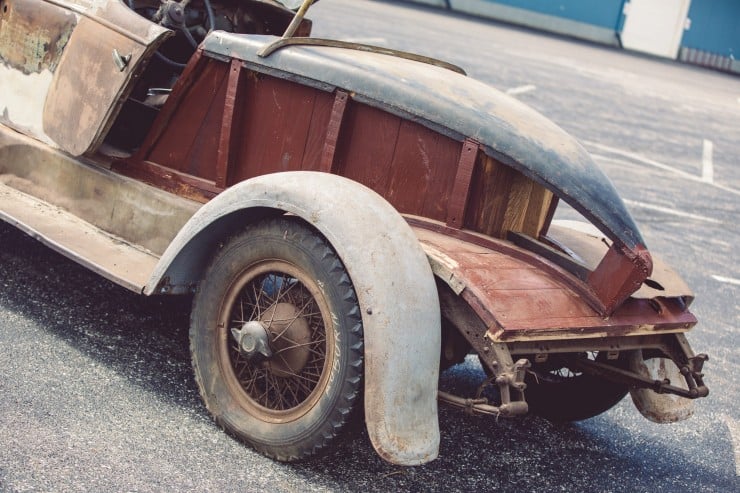 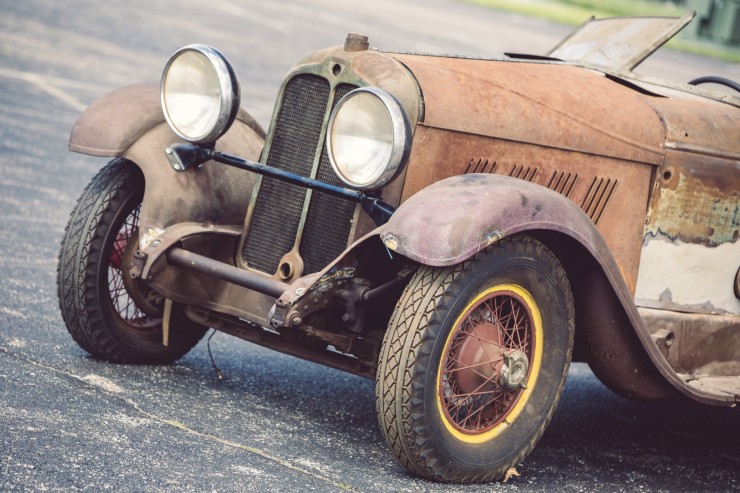 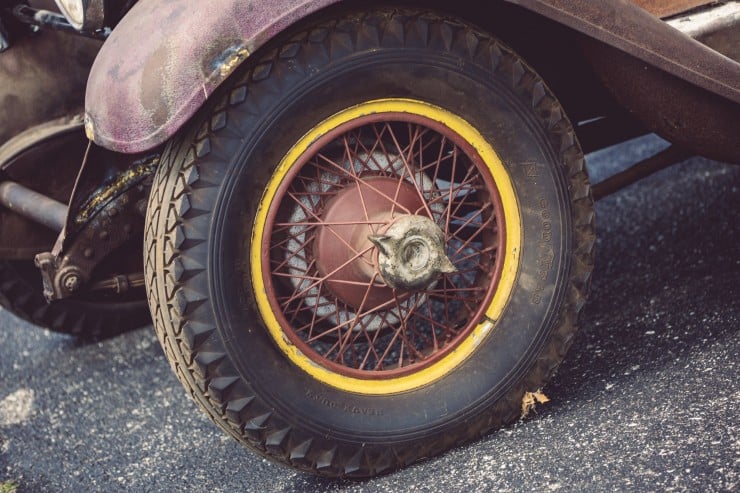 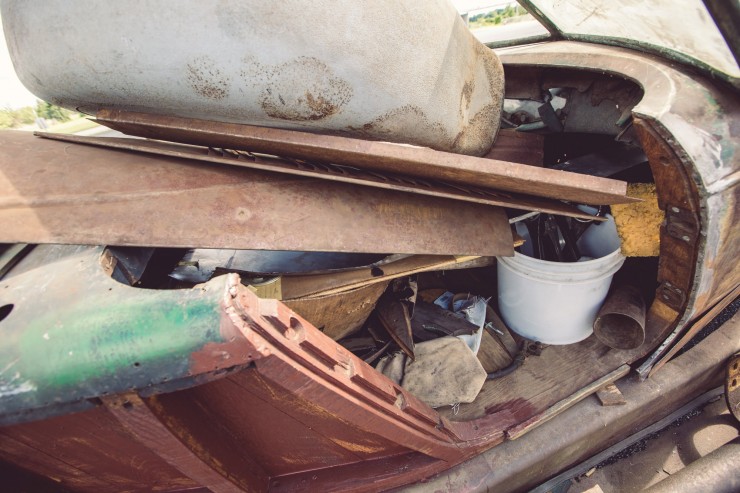 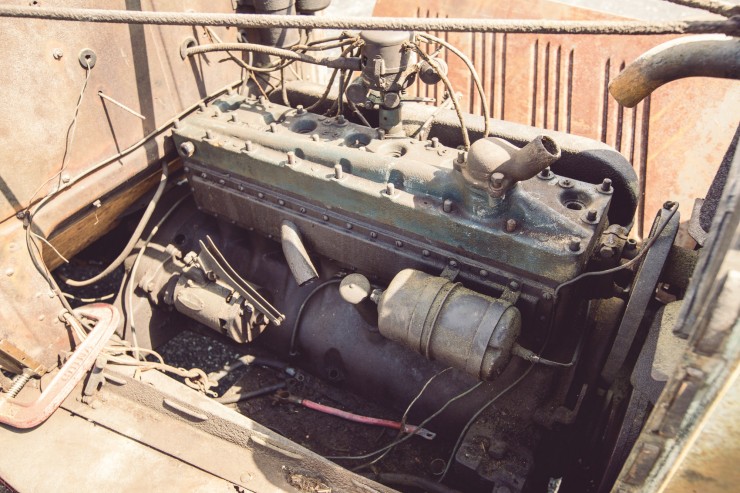 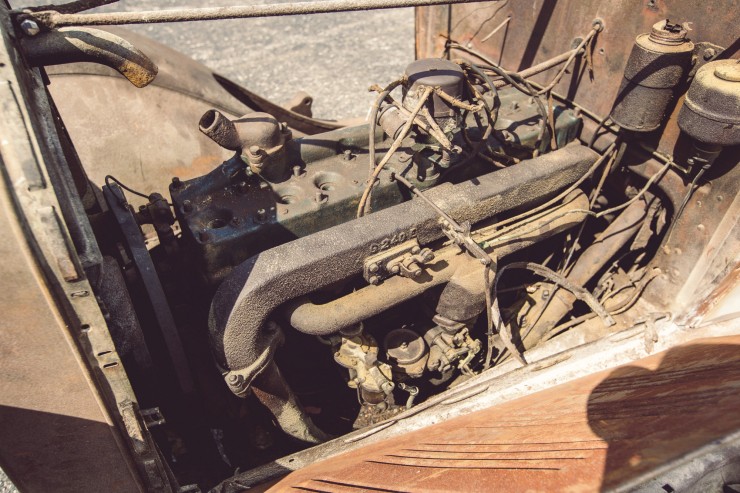 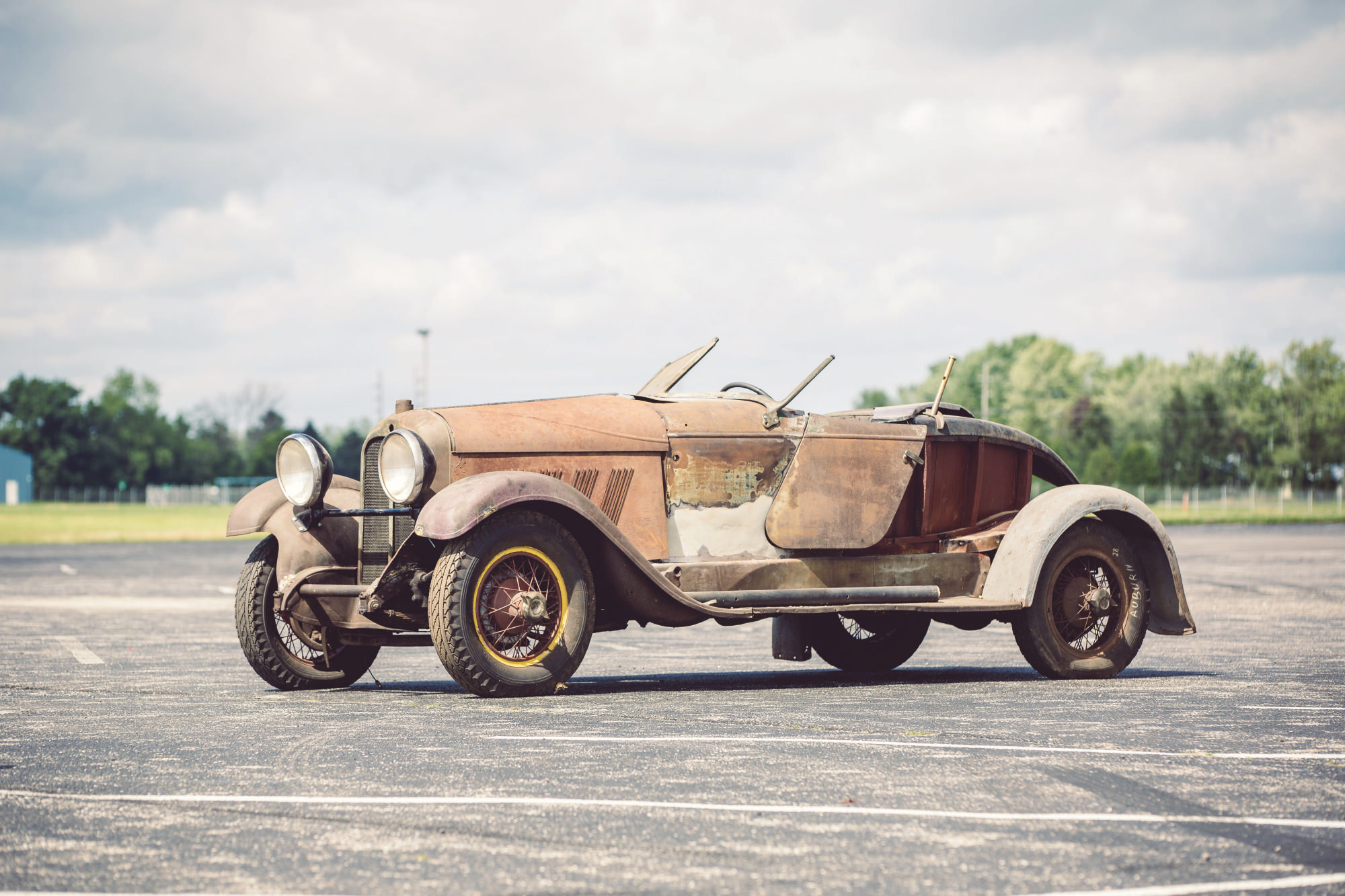