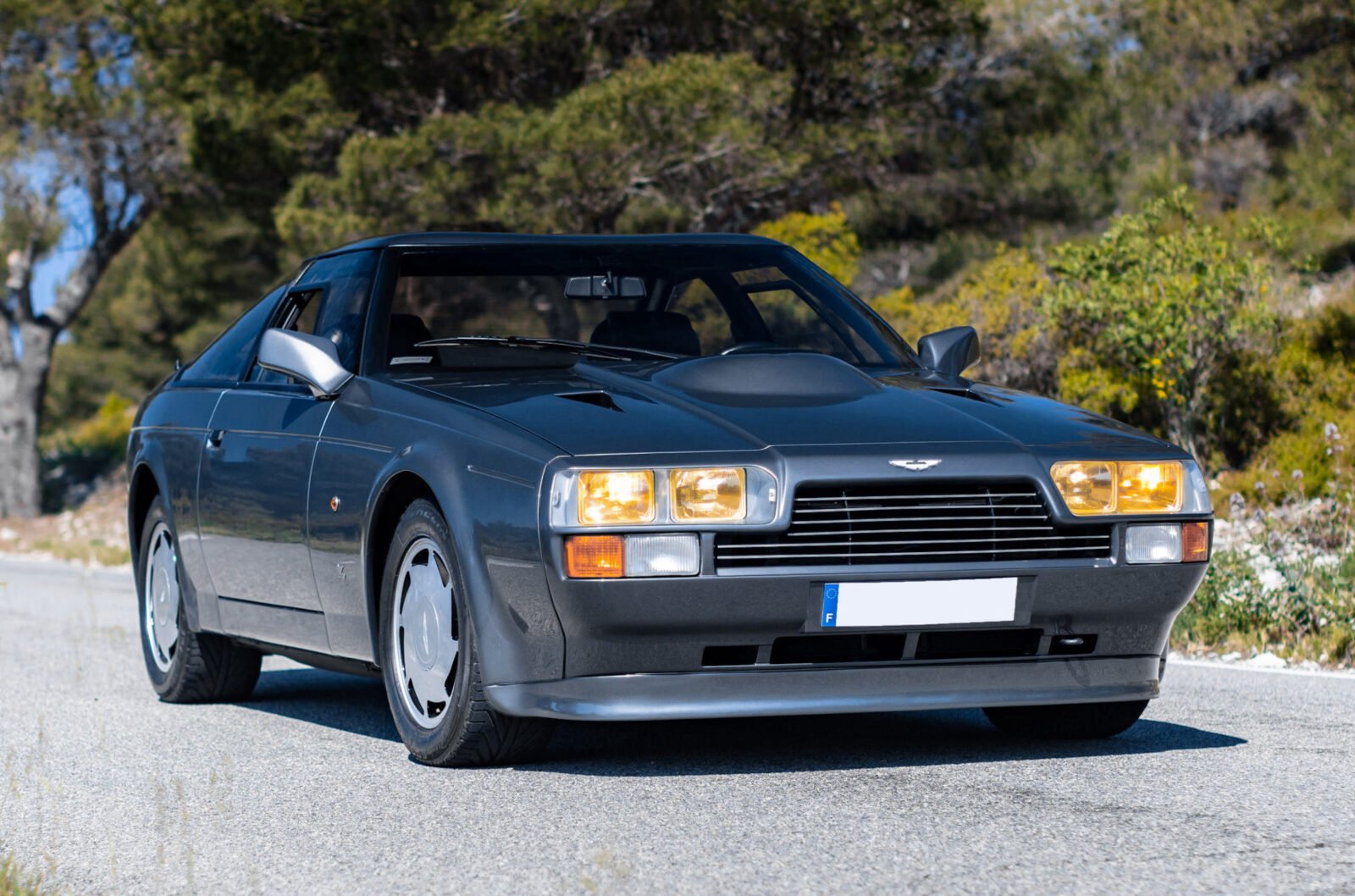 The Aston Martin V8 Vantage Zagato came about as a series of events that occurred at the Geneva Motor Show in March 1984. The Aston Martin stand was placed near the Carrozzeria Zagato stand, and the bosses from the two companies started reminiscing about the legendary Aston Martin DB4 GT Zagato from 1960.

The Geneva Motor Show of ’84 also saw the unveiling of the Ferrari 288 GTO, Aston Martin executives saw people clamoring to put down a deposit on the wild, high performance, low production volume vehicle.

These two events would contribute to the start of the Aston Martin V8 Vantage Zagato program which would result in the new and somewhat controversial model being introduced just two years later in 1986.

While there are some who will insist that a car needs to have the engine mounted in the back to qualify as a supercar, I’ve never believed this to be true.

Regardless of the engine location, it makes sense that supercar status should be gauged solely by the vehicle’s performance when compared with its contemporaries from the same point in history. 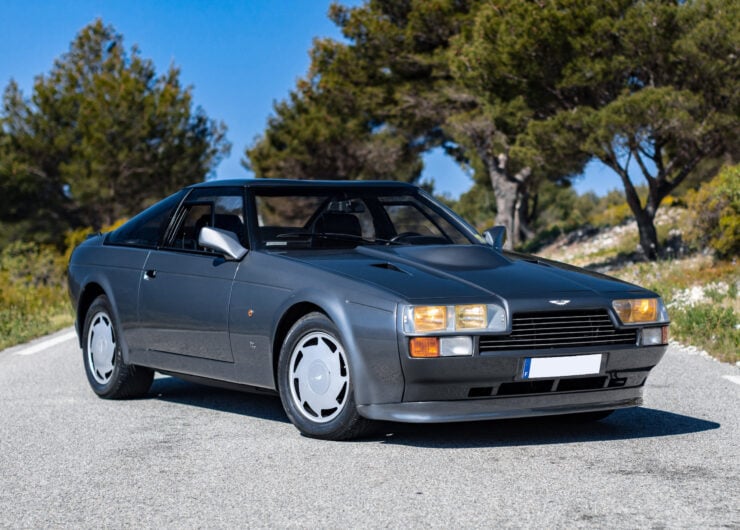 The extraordinary performance of the V8 Vantage Zagato combined with its quintessentially 80s styling has seen it growing in popularity in recent years.

The 1980s were a golden age in the history of the supercar, many of the most historically significant examples were built during this decade and the influence of these vehicles can still be felt today over 30 years later. The Testarossa, Countach, 959, F40, V16T, 288 GTO, CTR Yellowbird, Pantera GT5, Vector W8, were all in production during this decade.

There can be little argument that the Aston Martin V8 Vantage Zagato was one of the quickest supercars of the era, beating the top speed of the Ferrari Testarossa and the Lamborghini Countach by a handful of mph each.

It also has faster acceleration than the Ferrari 288 GTO – the Aston can do the 0 to 60 mph sprint in 4.8 seconds while it takes the Ferrari a whisker longer at 4.9 seconds. The GTO does win the top speed challenge however, with 189 mph vs the Aston’s 186 mph.

Power was provided by a specially prepared version of the Aston Martin V8, an all-alloy V8 with double overhead cams per bank, 16 valves, and in this case a capacity of 5340cc, a compression ratio of 10.2:1, a special high-performance camshaft and ported cylinder heads, combined with four Weber 48 IDF/3 carburetors.

This engine is capable of up to 437 bhp at 6250 rpm and 400 lb ft of torque at 5000 rpm. It rides on independent double A-arms up front with coil springs and an anti-roll bar, and in the rear you’ll find a de Dion arrangement with a Watt’s linkage and coil springs, with disc brakes front and back. 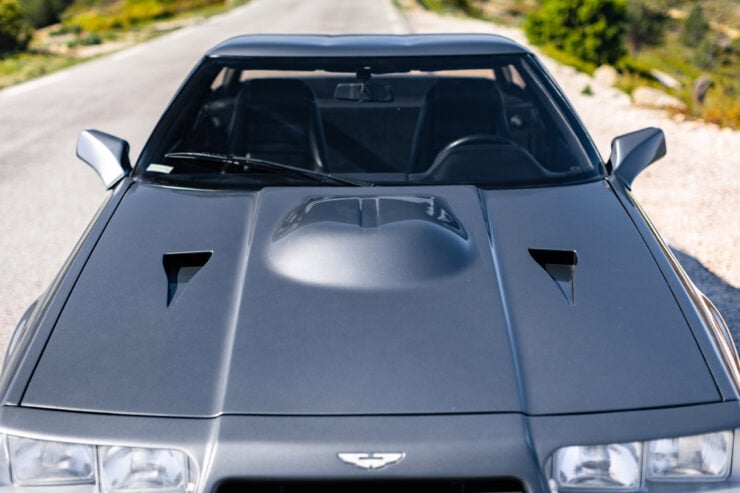 The body was hand formed from aluminum by Zagato craftsman and then fitted to a shortened steel box section Aston chassis. The end result was a car that is both lighter and faster than the original V8 Vantage.

Just 50 examples of the V8 Vantage Zagato were planned and deposits were sold based on this understanding, things changed when it was decided that a limited run of convertibles would also be built.

By the end of production 52 coupes and 37 convertibles had been sold to customers.

The V8 Vantage Zagato you see here is a 1987 model, it’s one of just 14 left-hand drive examples made with a manual transmission and it has just over 15,000 km from new on the odometer.

It’s finished with Javelin Grey over black leather colour scheme and you’ll find both air-conditioning and a stereo inside, two luxuries that all road-going examples of the model were fitted with.

This car is due to cross the auction block with RM Sotheby’s on the 19th of November with a price guide of $405,000 – $500,000 USD. If you’d like to read more about it or register to bid you can click here to visit the listing. 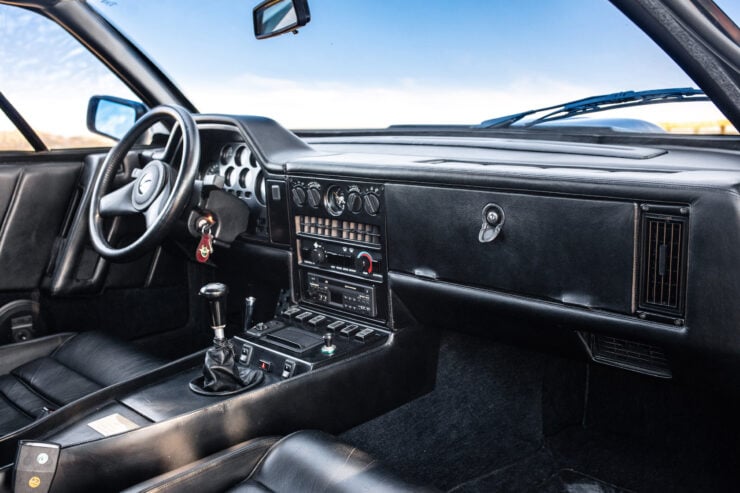 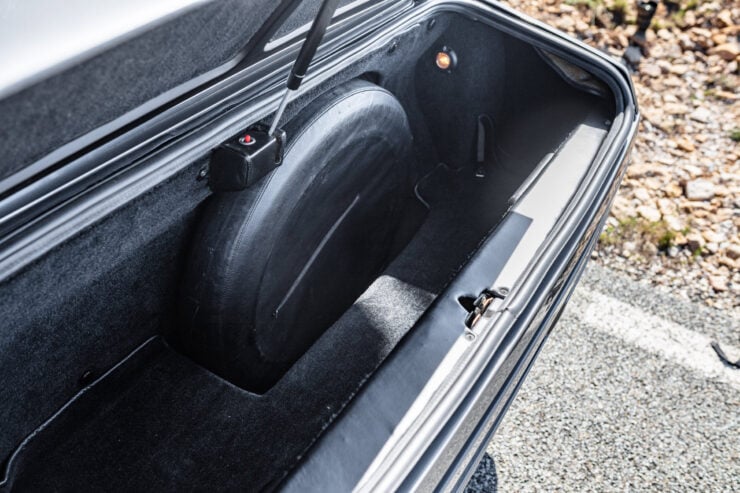 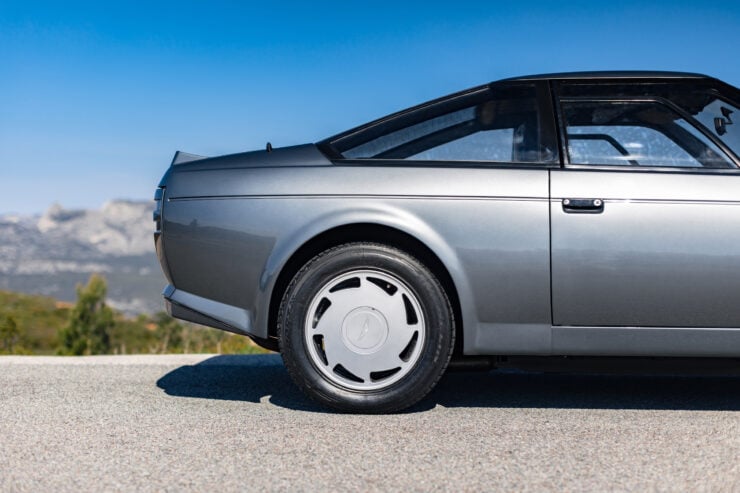 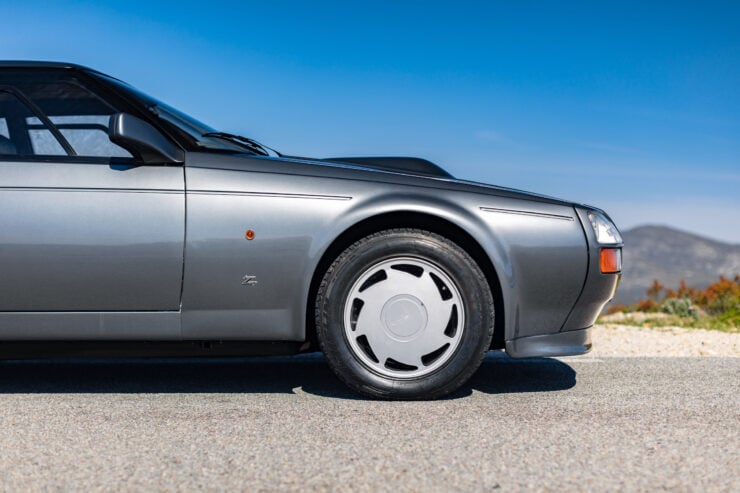 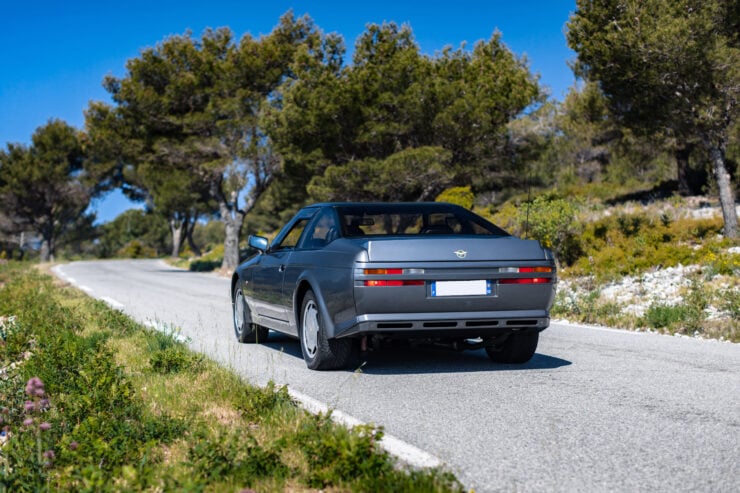 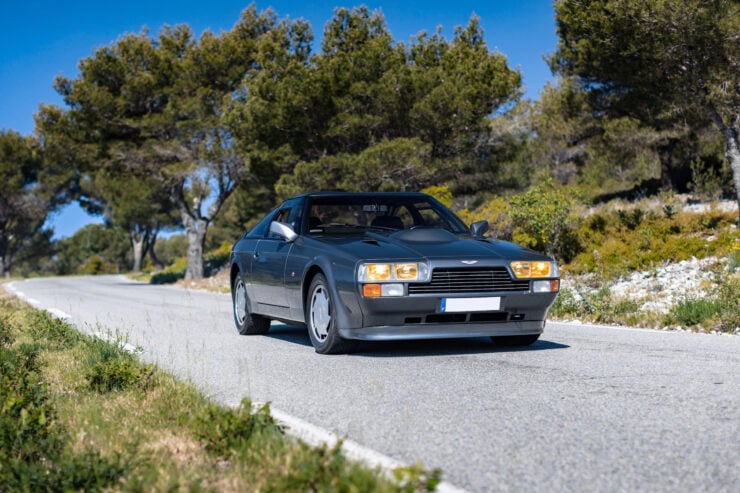 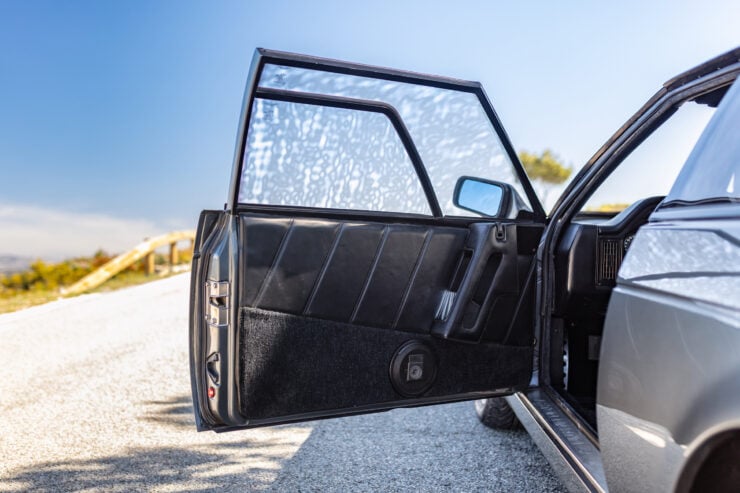 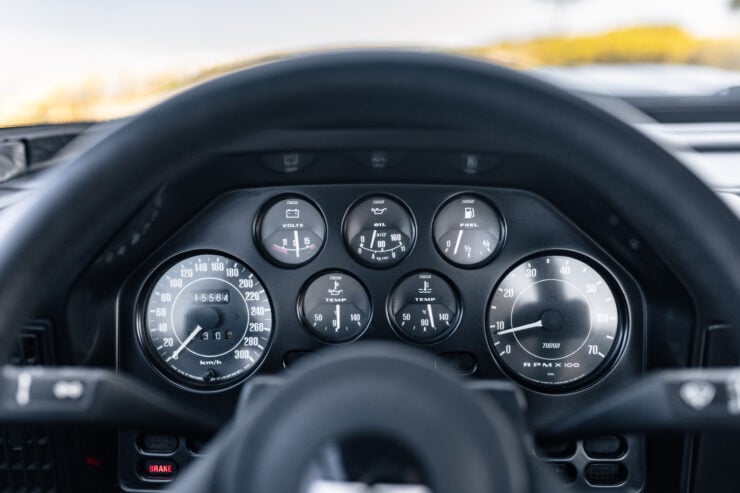 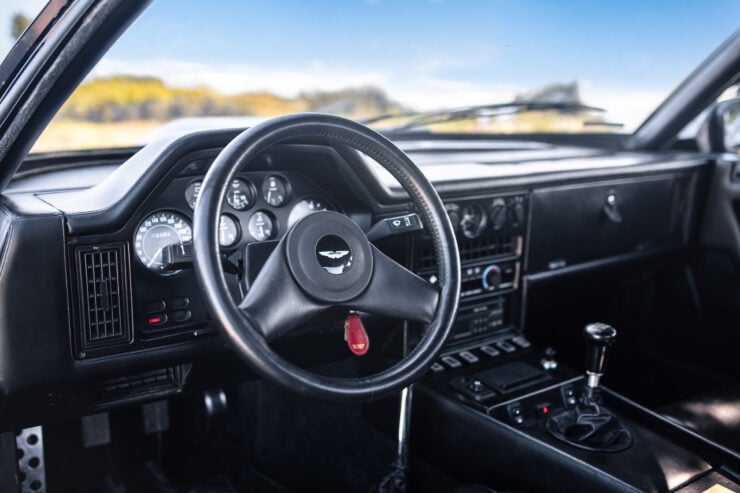 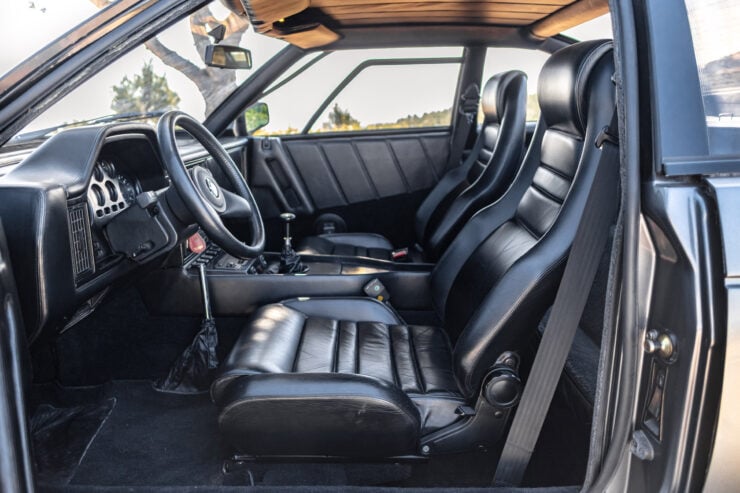 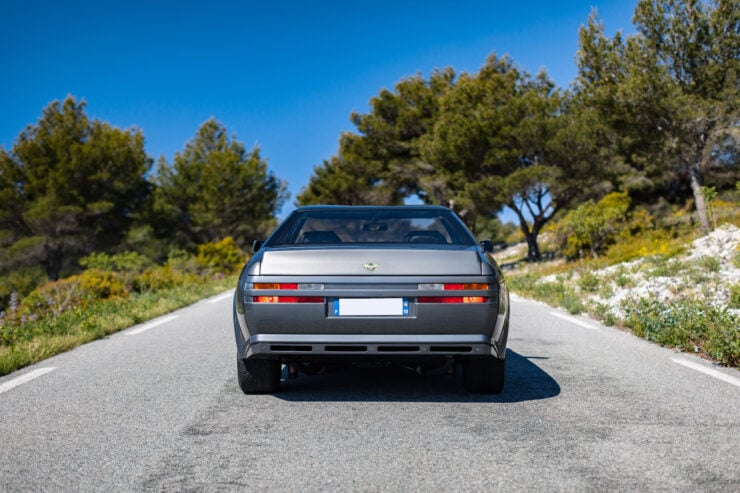 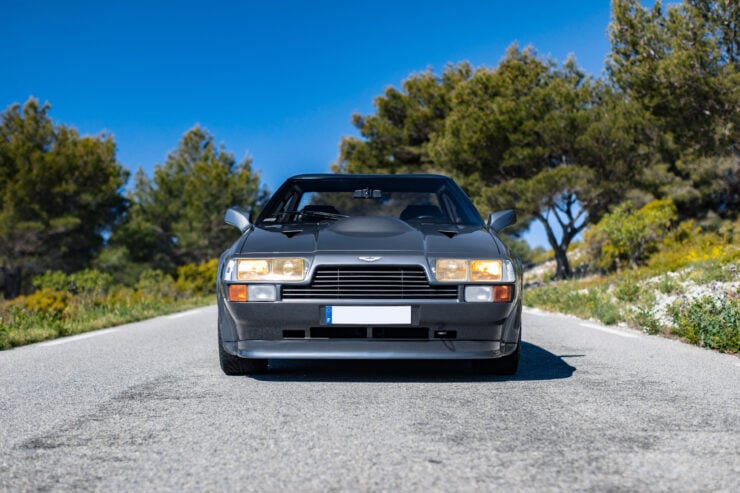 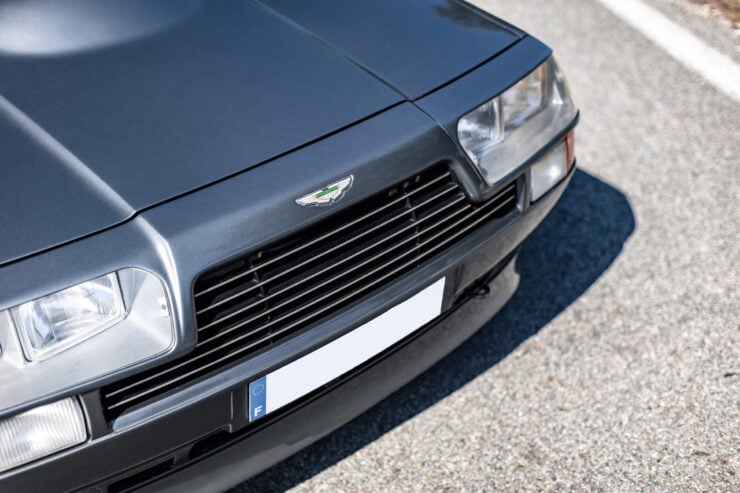 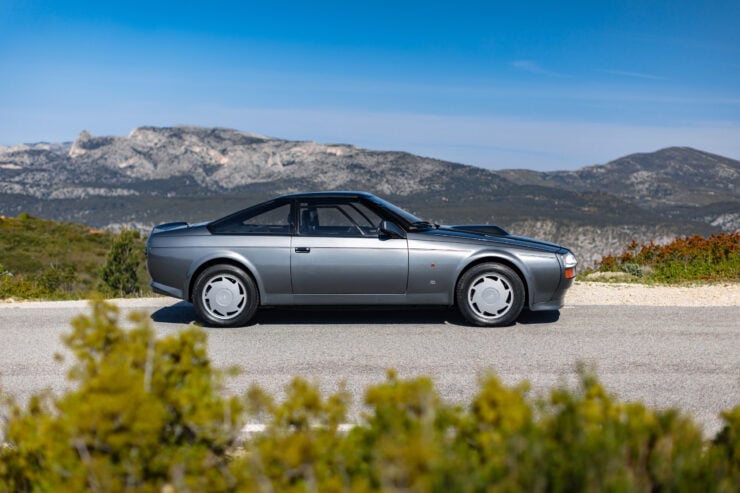 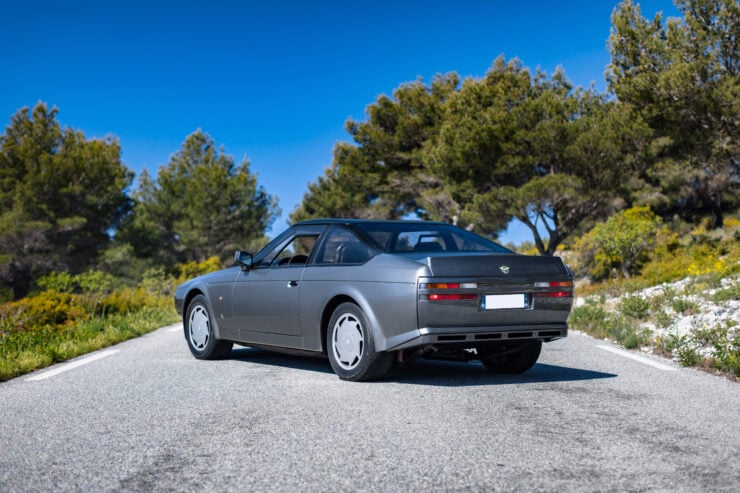 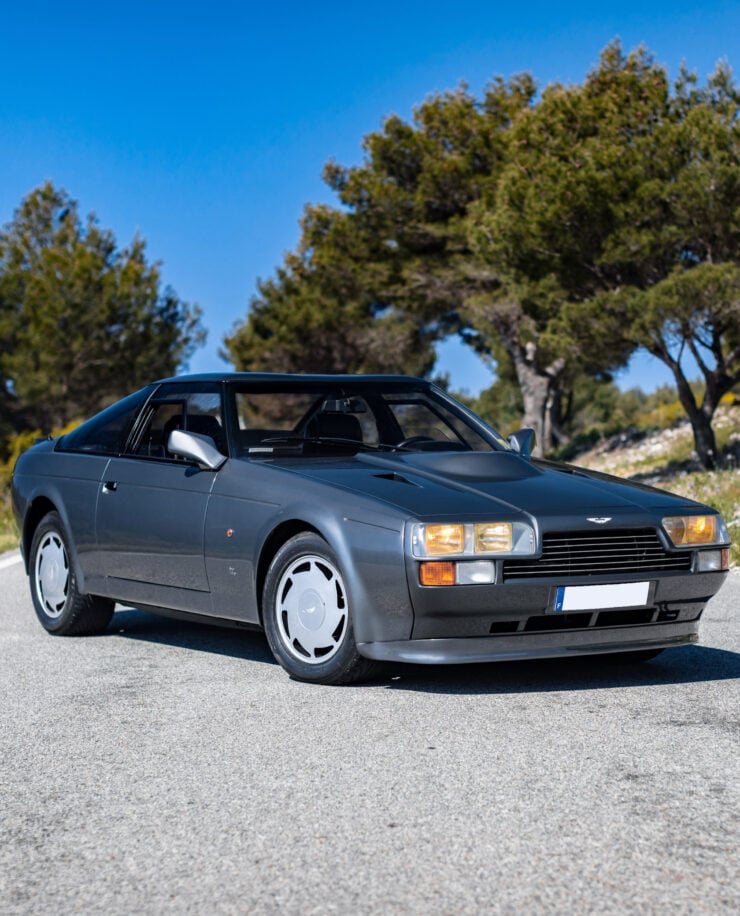