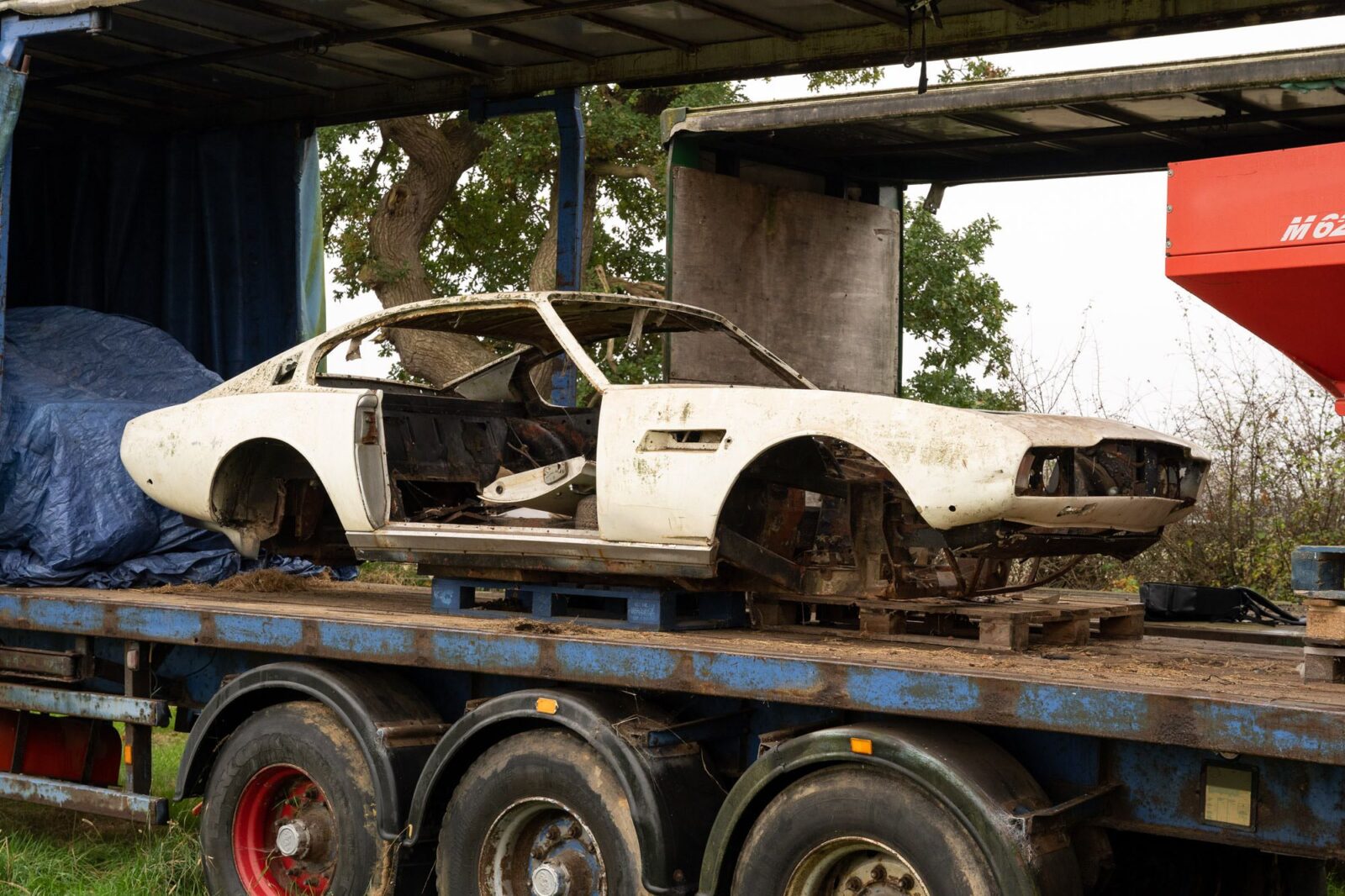 After an interesting life in Britain and then in the south of France, this DBS was stripped in the 1980s as its restoration commenced. The original straight-six engine was sold as the owner planned to do a V8 conversion. The restoration never progressed, and the car has remained in the condition you see it in here for the better part of 40 years. 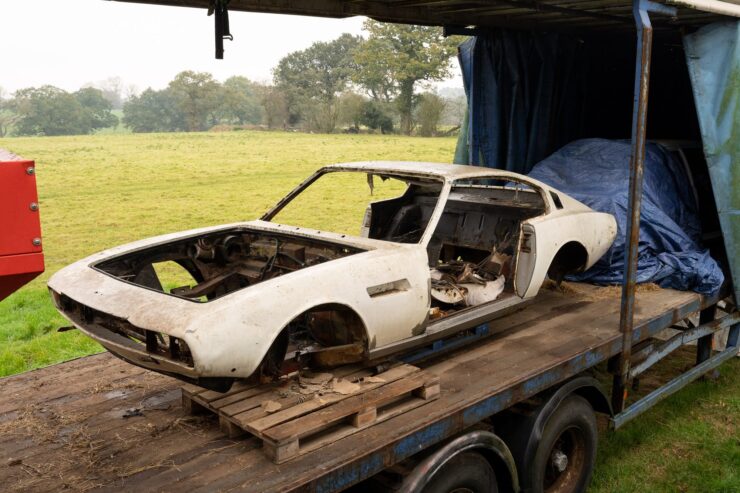 This DBS shell has been in storage for the better part of 40 years, it’s now being offered for sale to a new owner who can complete the rebuild and get it back on the road.

When Aston Martin announced the all-new DBS V12 in 2007 it was clear that the car was a modern homage to the first DBS, the car that changed Aston Martin’s design language back in 1967 from the curves of the DB6 to the clean lines of William Towns new vision for the company.

The DB6 didn’t have space under the hood to accommodate the new V8 that Aston had under development by famed engineer Tadek Marek and his team. As a result it was decided that a new car was needed to guide the company out of the 1960s and into the 1970s.

Touring of Milan had originally been contracted to design and develop the new car however they went out of business after two prototypes had been made, and Aston hired Towns to take over design duties.

The car he developed was still clearly an Aston, however it featured far more modern styling, styling that was controversial with Aston’s conservative clientele at the time. Ultimately the company would sell almost a thousand of them between 1967 and 1972, it would be succeeded by the Aston Martin V8 released in 1969 and sold until 1989. 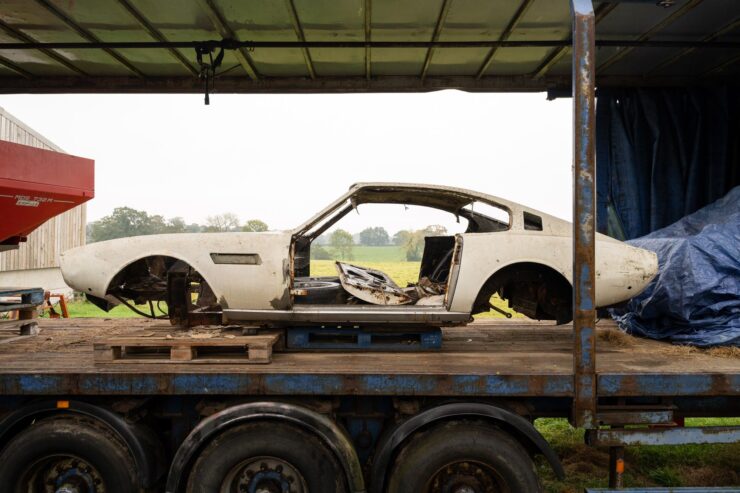 The sharp, clean lines of the DBS would help establish Aston’s core design language for the coming two decades.

Anyone who has ever embarked on a rebuild or restoration project will know that there are times when you get a lot of work done, and times when no work at all is completed due to other commitments. Occasionally these periods of little or no work extend onwards for months or years as life gets in the way.

The Aston Martin DBS you see here is one of those projects that never made it past the teardown phase. The drivetrain has been removed and sold on as the owner intended to perform a V8 conversion on the car, likely with an Aston Martin V8 for the sake of originality.

Unfortunately the restoration has now been stalled for the better part of 40 years, it’s being offered for sale in the hopes that a new owner will pick up the mantle and complete the job, bringing the car back to the road for the first time since the 1980s.

If you’d like to read more about this Aston or register to bid you can click here to visit the listing on Collecting Cars, it’s currently being auctioned live. 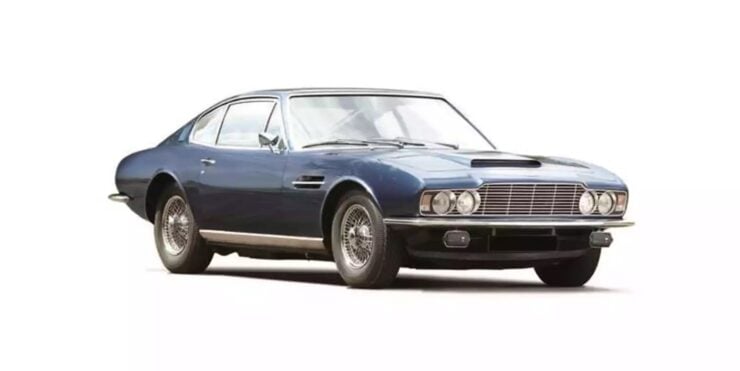 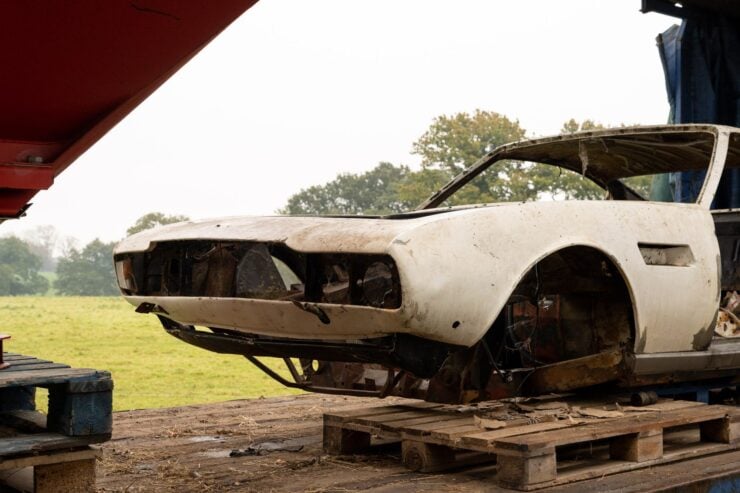 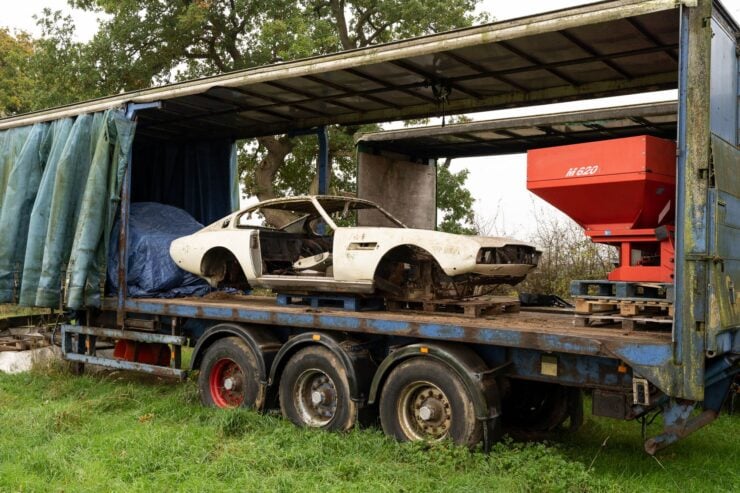 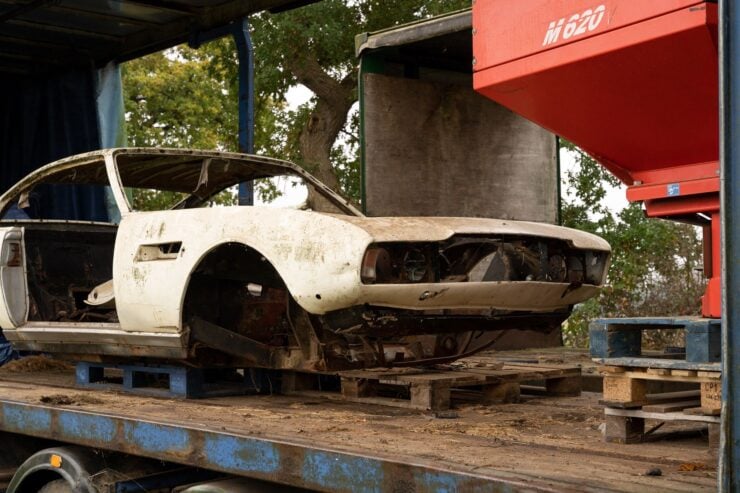 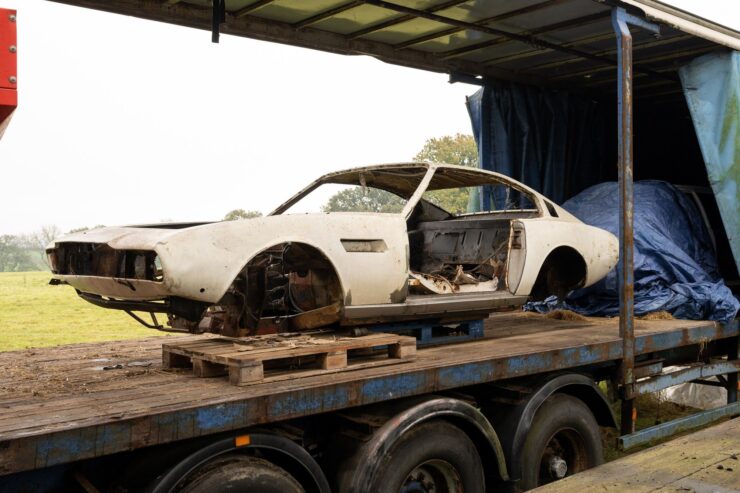 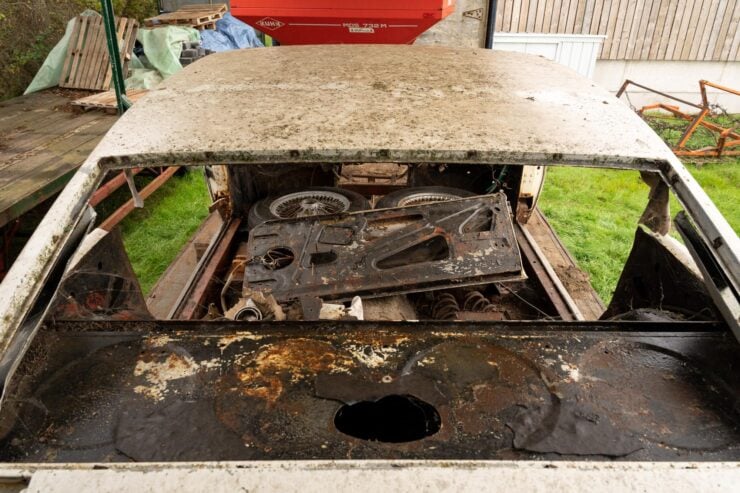 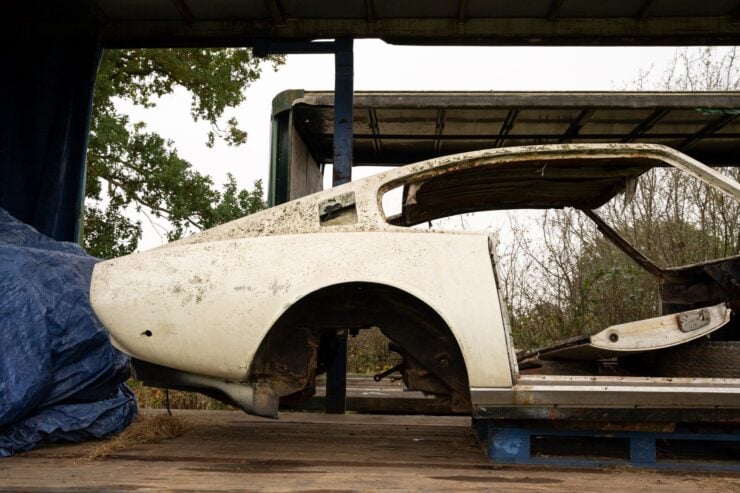 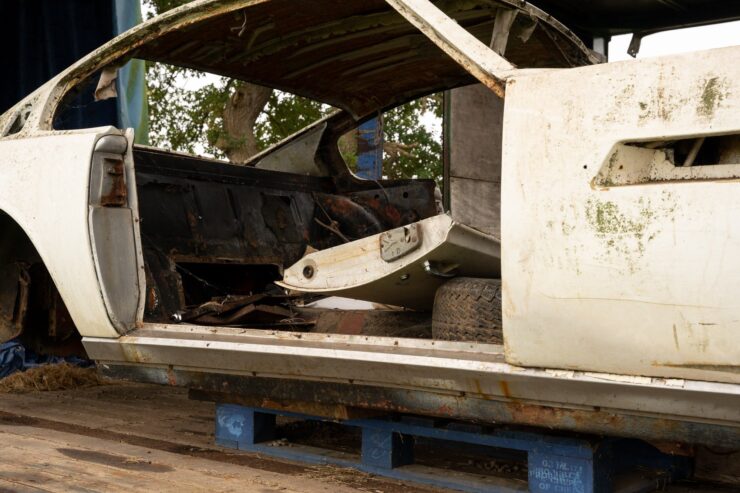 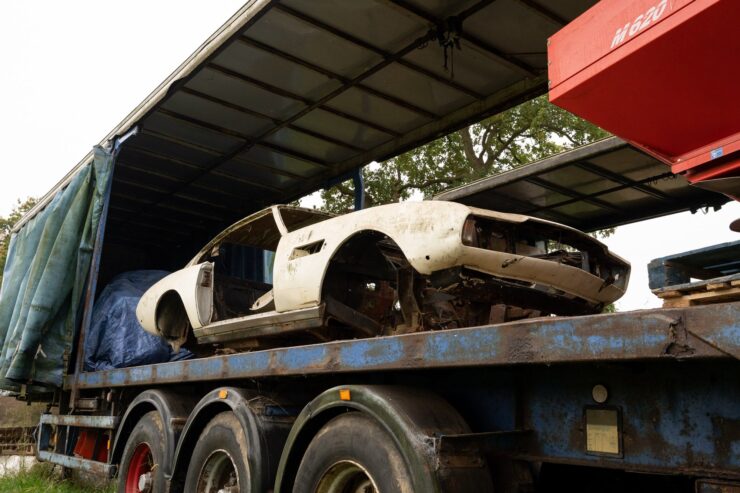