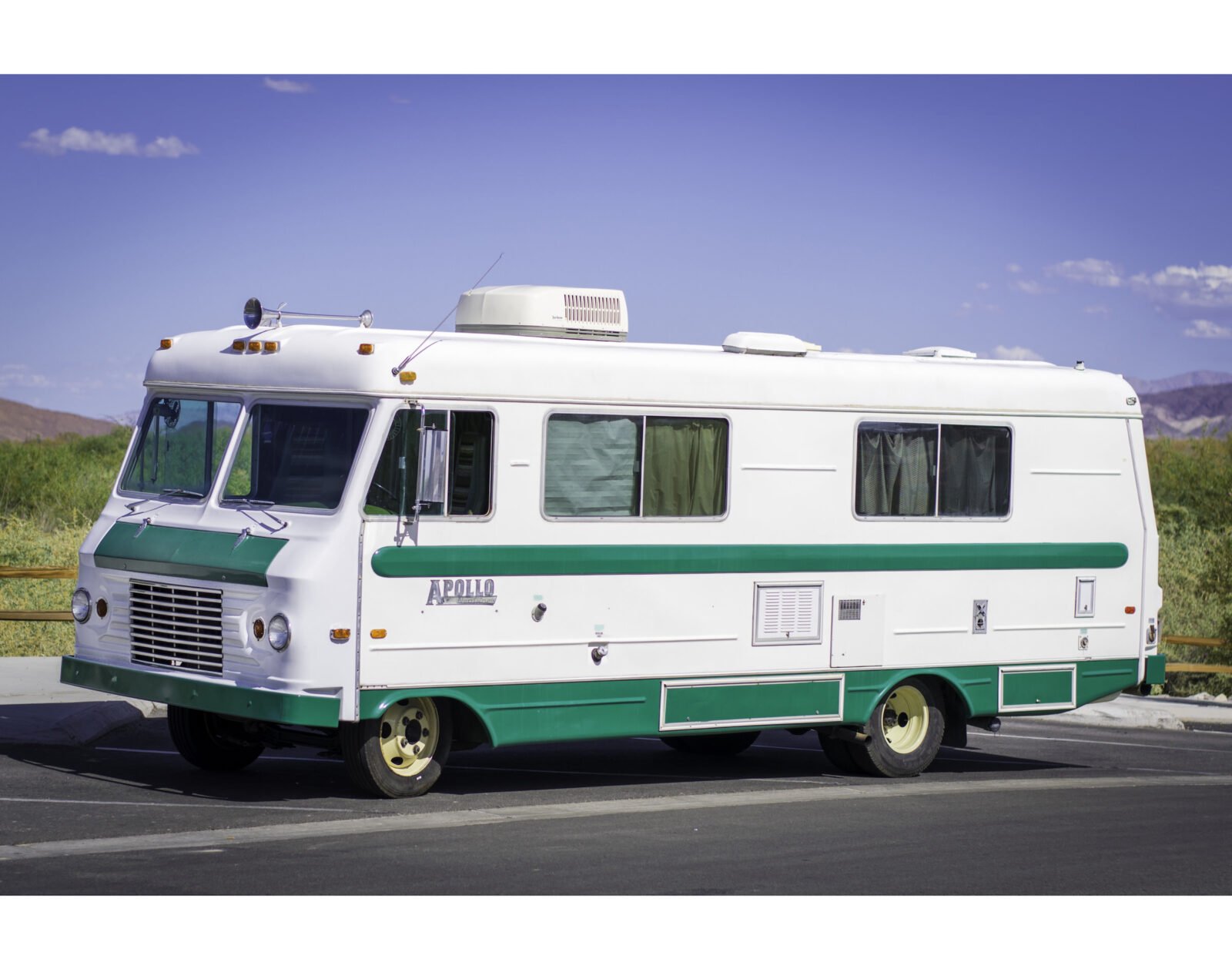 The promise of the open road appeals to us all. Having a vehicle and enough money in your wallet to buy gas, coffee, and beef jerky snacks is about as close as many of us come in the modern age to the nomadic, continent crossing adventures of our forbears.

Some people like to take it a (big) step further and get a house on wheels – so they can stay on the road until their wallet gives out or the engine does. It’s usually the wallet.

In the 1970s there was an explosion in popularity of motorhomes, particularly luxurious Class A motorhomes like this one. The difference between Class A, B, and C is relatively straightforward. A is integrated with no structural wall between the cockpit and cabin, B is semi-integrated but may have a door between them, and C isn’t integrated at all.

Apollo appeared in the 1970s and stayed in business right through the booming decade of disco, through the ’80s, but entered insolvency in 1990. During their heyday, Apollo was one of the most prominent motorhome builders in the USA, even giving industry leaders Winnebago a run for their money. 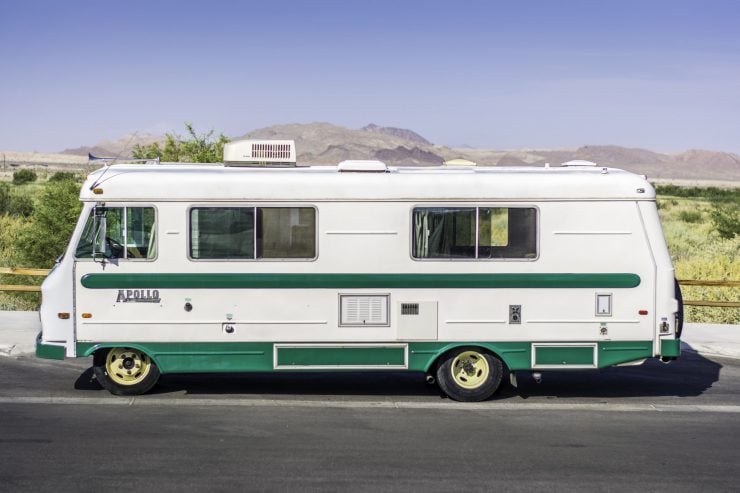 The Neptune was one of the first models made by Apollo, and the still-new company pulled out all the stops to carve away some market share from the bigger names in the industry. Apollo tended to prefer hefty V8s as their power unit, there wasn’t much else that could move the mass both uphills and up to highway speeds.

The Neptune was built on an International Harvester chassis with a 392 cubic inch V8, and a heavy duty 5-speed automatic transmission. Inside there are sleeping berths for 6 people, a convertible dinette, a kitchenette with twin sinks, a microwave, fridge, and oven, as well as ample cupboard space and a gas cooker.

A Duo-Therm roof-unit air conditioning system has been fitted to this Neptune, making holidays in the south a far more feasible option, and there’s a somewhat cozily proportioned bathroom with toilet and shower onboard.

The overall condition presents quite well considering age, and if you’re a fan of retro design cues the interior will be a dream come true. The cushions, carpeting, vinyl and Formica are in generally excellent condition and have no splits or tears.

The drivetrain has benefited from a few upgrades, and now includes a late-model GMC dually rear end, new brakes all around, new steel rims and new tires, a brand-new alternator, a new custom radiator and a built-in vacuum. There’s a Onan 4.0-kW generator onboard for campsites off the grid, and it comes with all the original manuals for the rig and appliances. 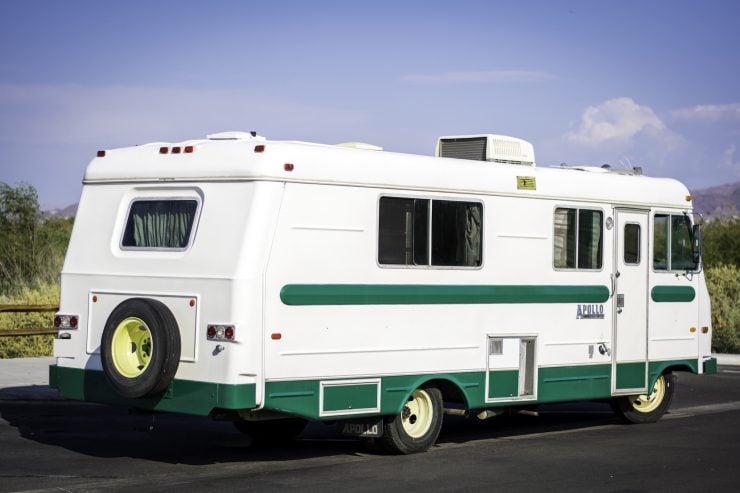 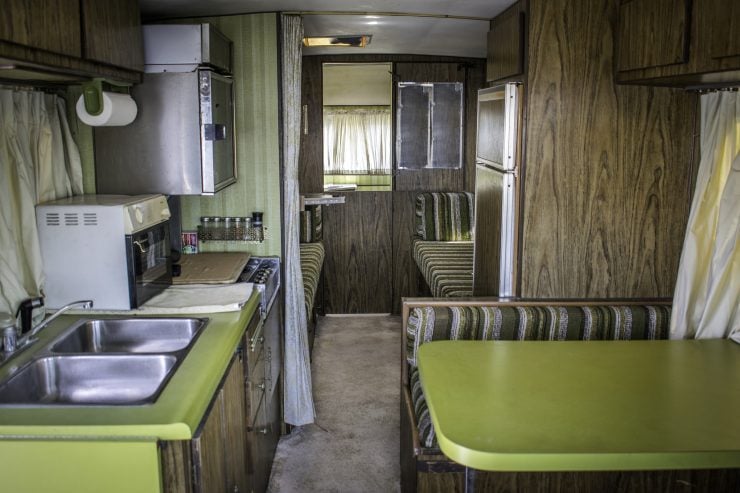 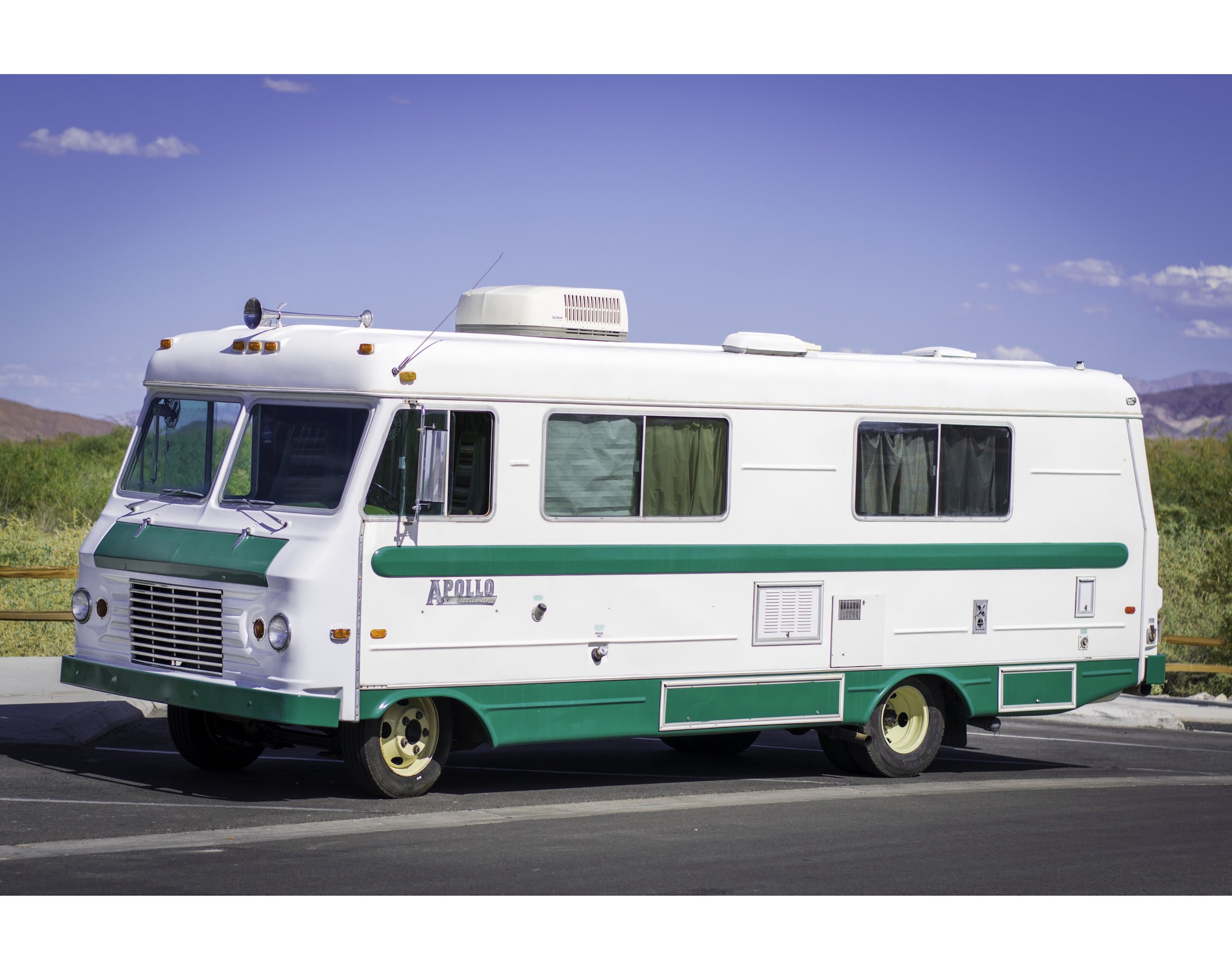