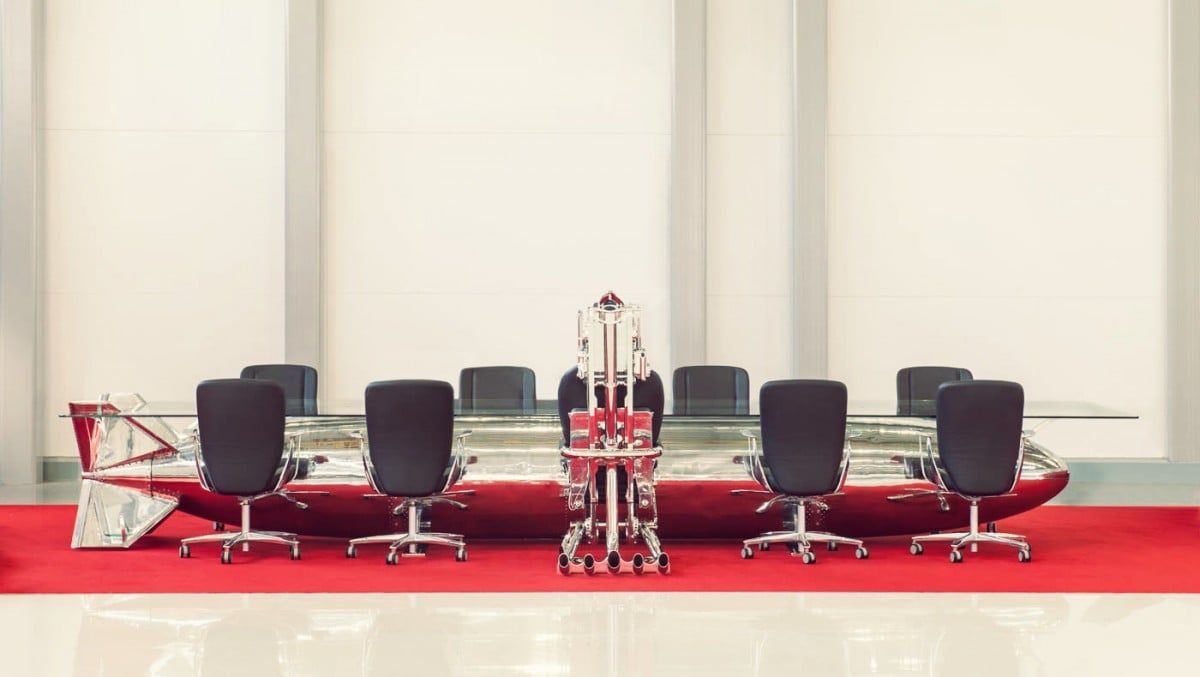 I can only imagine that Bond villains could potentially have difficultly sourcing suitably cinematic furniture to kit out their volcano lairs, although on retrospect I guess this could also apply to hedge fund managers, political lobbyists and certain petite North Korean dictators.

Fortunately for the above mentioned scoundrels a company called Hangar 54 specialises in creating furniture from retired aviation parts – including in this case, a Harrier drop tank that’s been turned into a boardroom desk. It can comfortably accommodate 10 people (11 if you put the boss at the pointy end) and it’s currently for sale by Hangar 54, the price isn’t immediately available but as the old saying goes, if you have to ask, you can’t afford it.

The CEO’s chair you see at the desk was featured here on Silodrome a few weeks ago, you can click here to read about it. 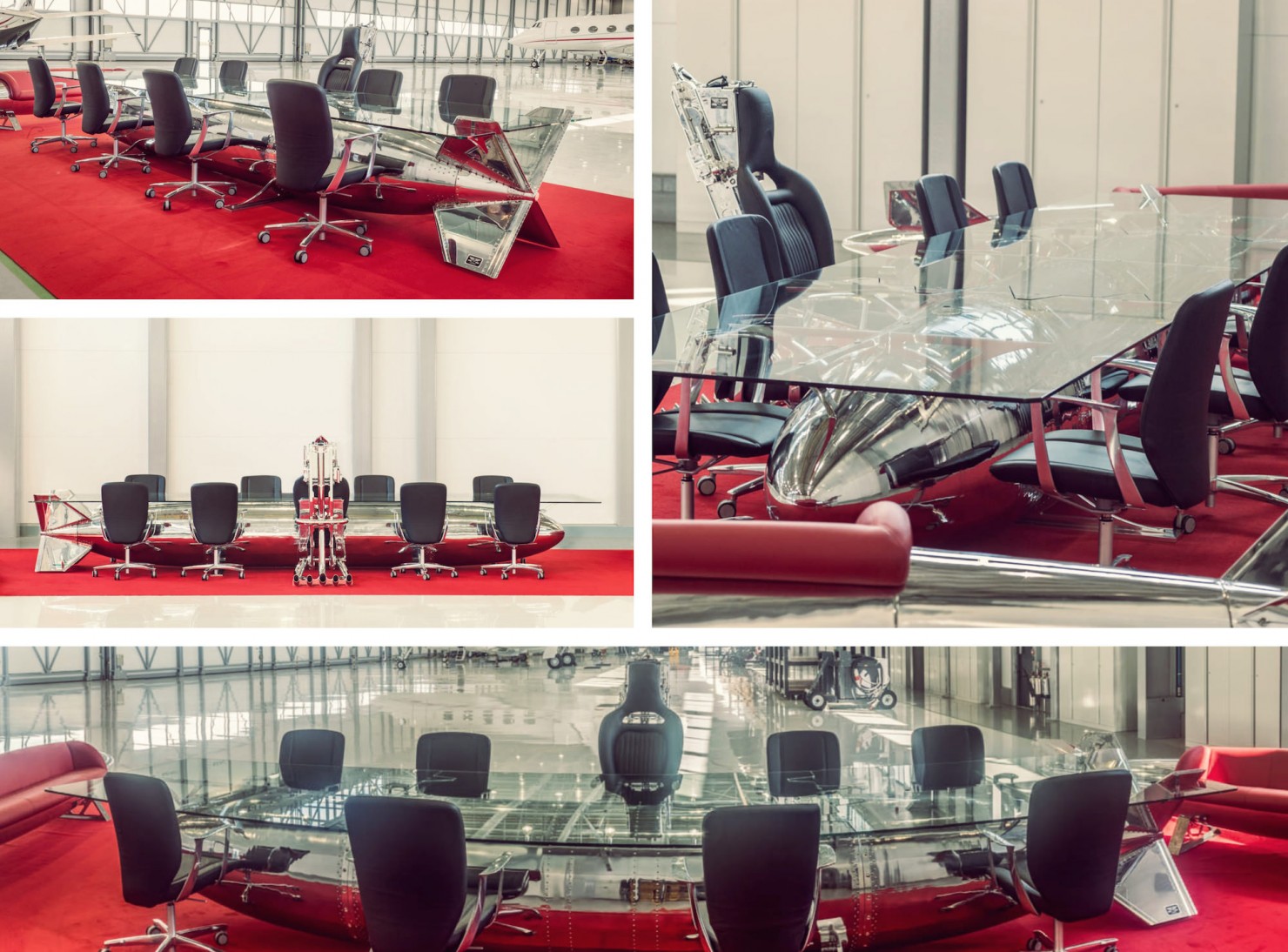 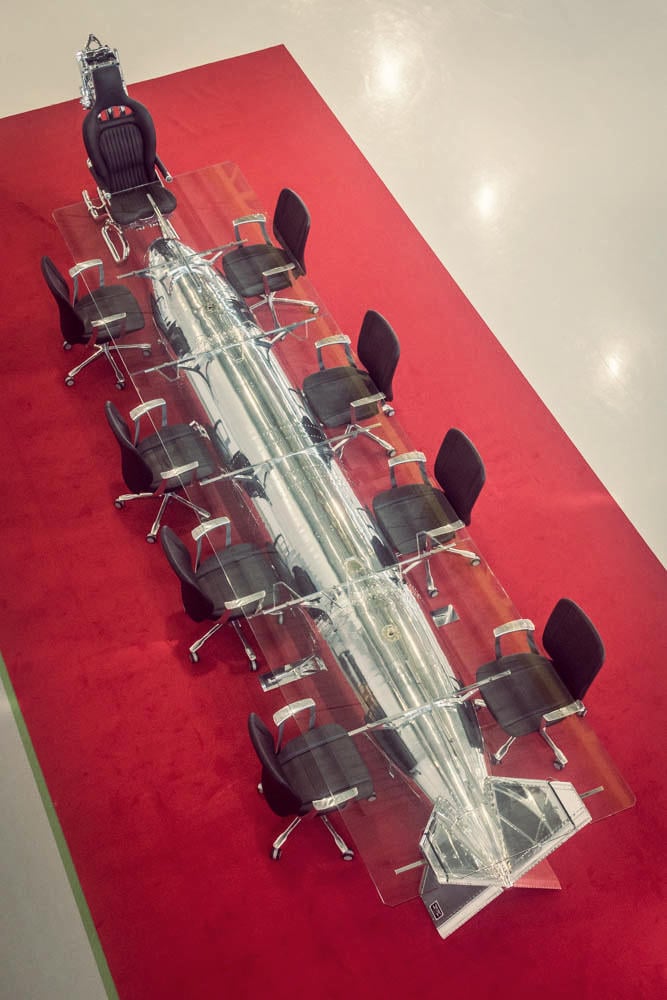 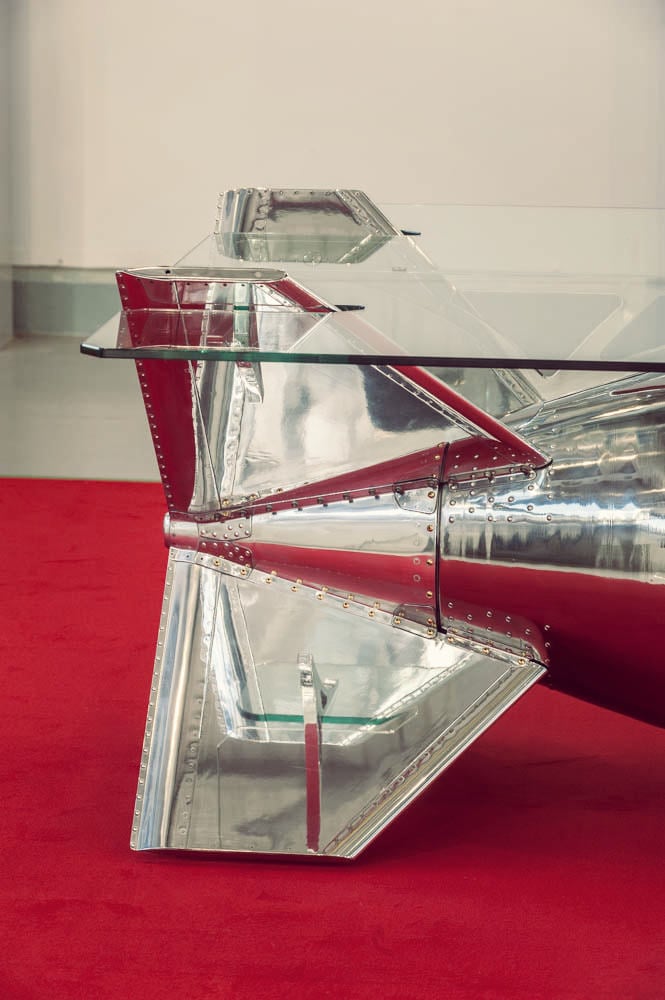 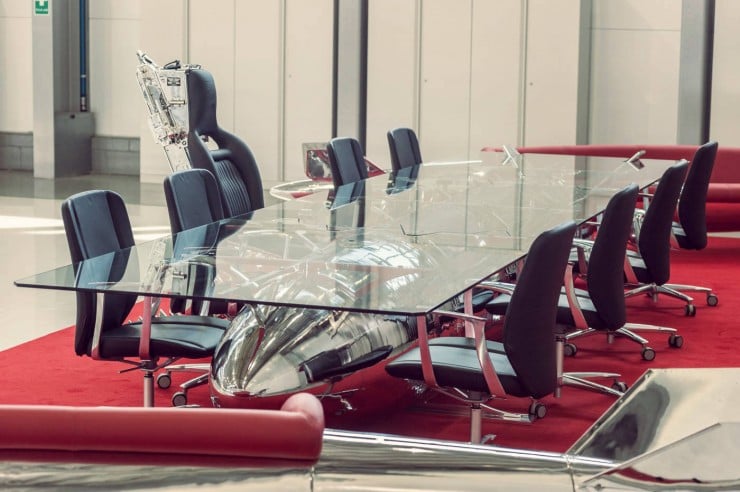 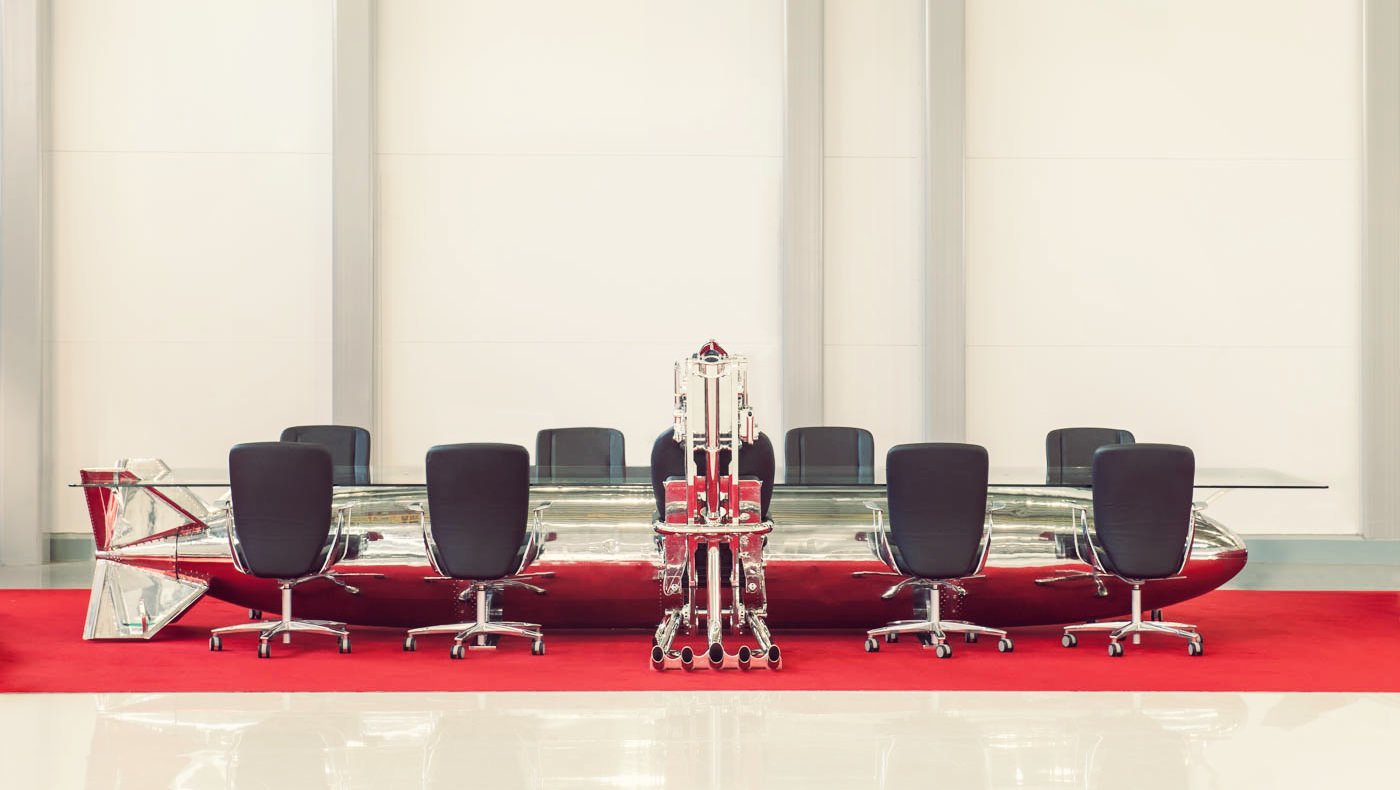