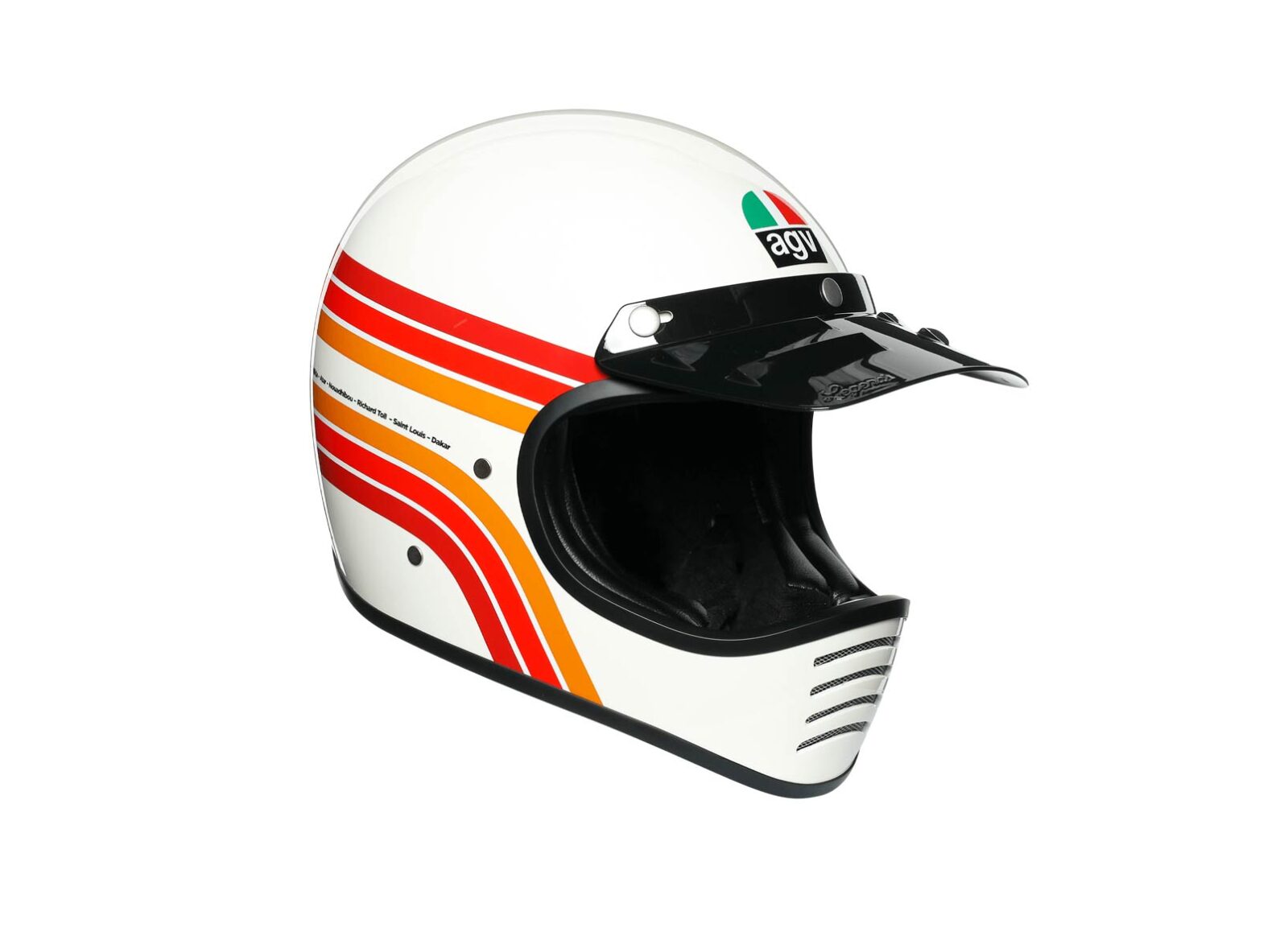 This is the new AGV X101 Dakar 87 helmet, it’s both a new livery design and a new helmet design from the Italian manufacturer that was created as an homage to the original AGV helmets used in the Dakar rallies of the 1970s and 1980s.

AGV is one of the world’s oldest helmet makers and as such they have a lengthy back catalogue to go to for retro inspiration. The company was founded back in 1947 by Amisano Gino in Valenza, Italy – and the company name comes from his initials and a “V” for the company’s location.

Although AGV started out making motorcycle seats they soon added leather motorcycle helmets to their product line. It was in 1954 when the company started making fiberglass helmets with impact absorbing liners that things really took off, and in the years since then AGV helmets have been worn by the likes of Kenny Roberts, Barry Sheene, Giacomo Agostini, and Valentino Rossi. 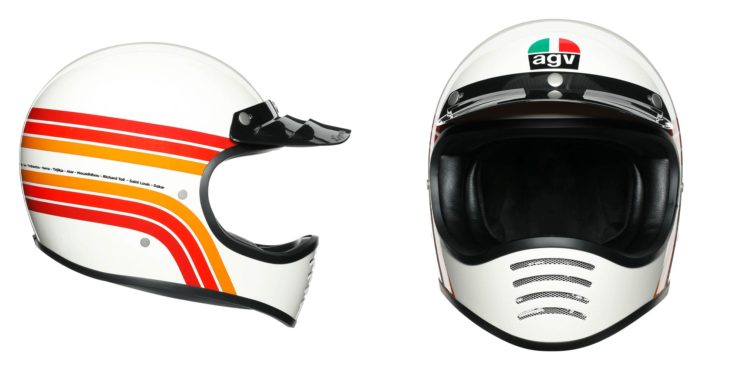 Helmet construction uses the traditional fiberglass shell with an impact absorbing EPS liner, and as you would expect it has a removable and washable liner. The shell graphics feature period-correct racing stripes as well the names of the individual stages of the 1987 Paris Dakar Rally.

AGV builds the X101 Dakar 87 in three shell sizes and three EPS sizes to ensure that no matter what head size you have, you’ll get a helmet with the correct size and protection. Each of these helmets comes with a removable non-lift peak and they have a well ventilated chin bar with an internal metal grill to maintain helmet integrity and help limit inbound debris.

The X101 Dakar 87 uses a traditional double-D ring closure and it comes in 7 sizes from XS up to XXL. The large face port is designed to accommodate motocross goggles with ease and to provide ample airflow. 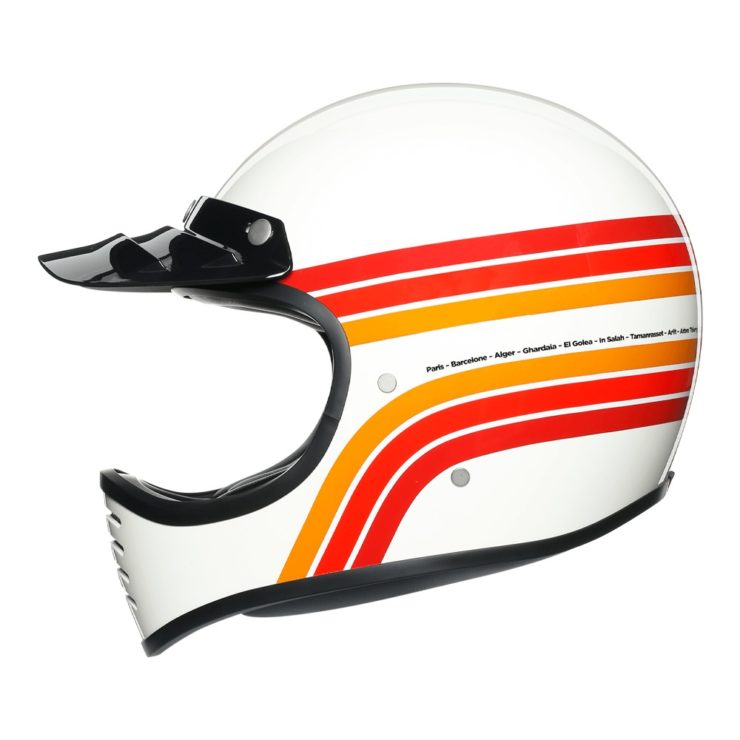 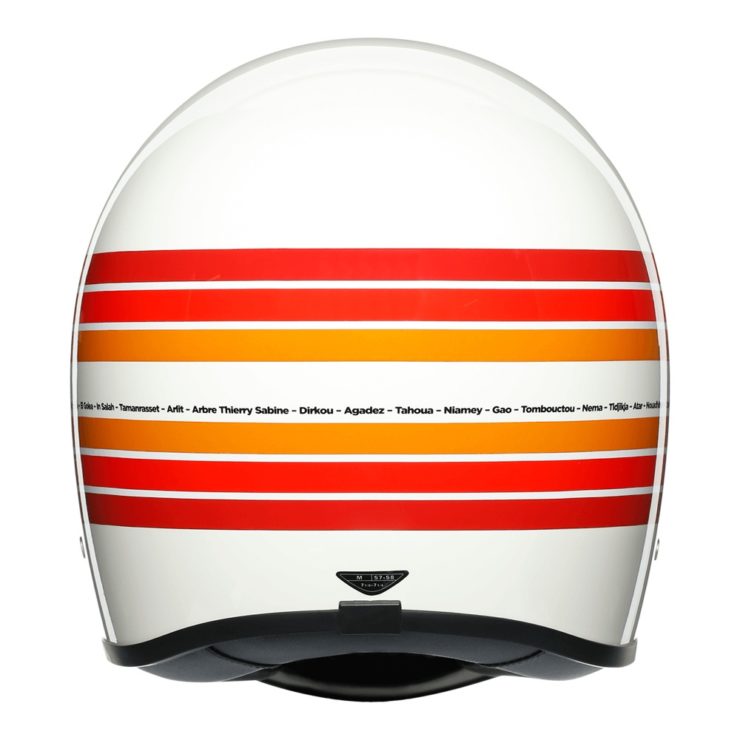 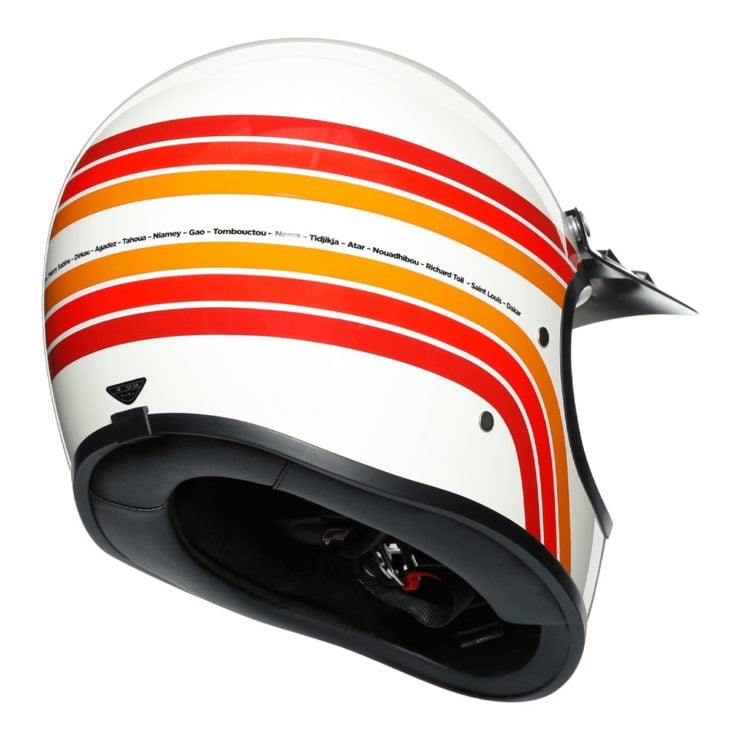