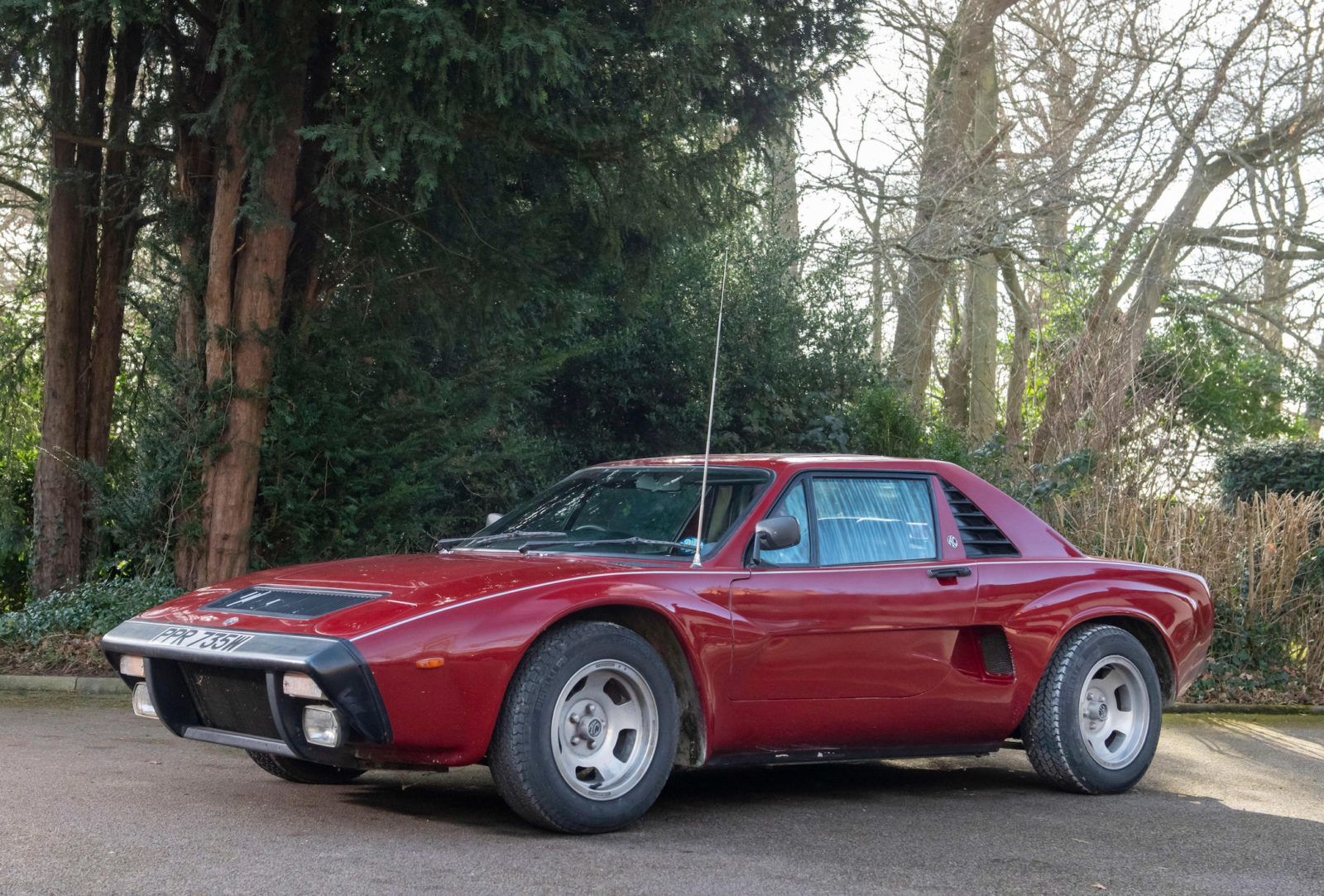 This is a 1980 AC 3000ME Turbo, it’s a rare car with only 100 or so produced in total. It’s powered by a mid-mounted 3.0 liter Ford V6 which sends power to the rear wheels via a 5-speed transmission, and the example you see here benefits from turbocharging.

The 3000ME was developed by Peter Bohanna, one of the engineers from Ford’s Advanced Vehicle Operations in the UK who had worked on the Ford GT40, working alongside an experienced race mechanic and Lotus dealer named Robin Stables. 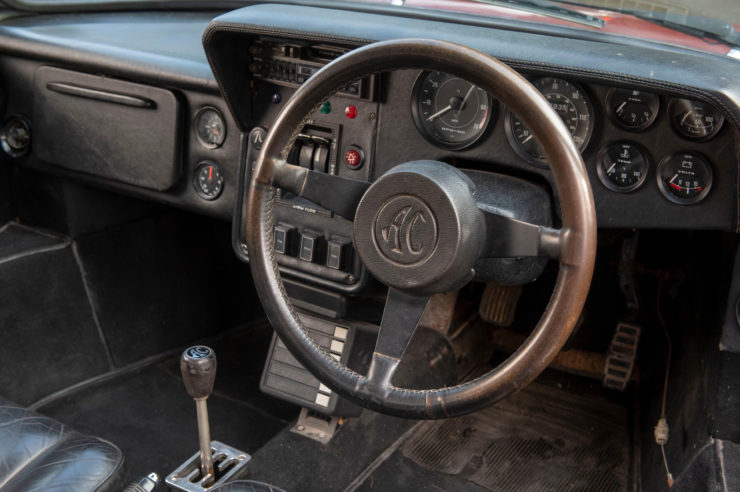 The interior of the car is well-appointed by the standards of the 1970s, it even has a gated shifter for the AC 5-speed gearbox.

The two men set out to develop an advanced yet affordable mid-engined sports car that would be far more attainable to regular people than mid-engined vehicles usually are. They developed a tubular steel chassis, a fiberglass body, and they sourced the 1.5 liter engine and gearbox from the Austin Maxi.

Once their prototype was complete they showed it to both TVR and AC Cars, however neither manufacturer would commit to the project.

Not long after this they displayed the car at the 1973 Olympia Racing Car Show in London where it received much interest – Keith Judd of AC Cars managed to convince the AC board to acquire the project and they did shortly thereafter.

Both Peter Bohanna and Robin Stables were brought onboard as consultants as the car was reengineered to make it better suited to mass-production at a planned rate of 10 – 20 cars per week.

The original tubular steel frame was discarded by AC Cars engineers who realized how time-consuming it would be to produce en masse. It was replaced by a monocoque perimeter steel chassis with bolt on front and rear sub-frames. 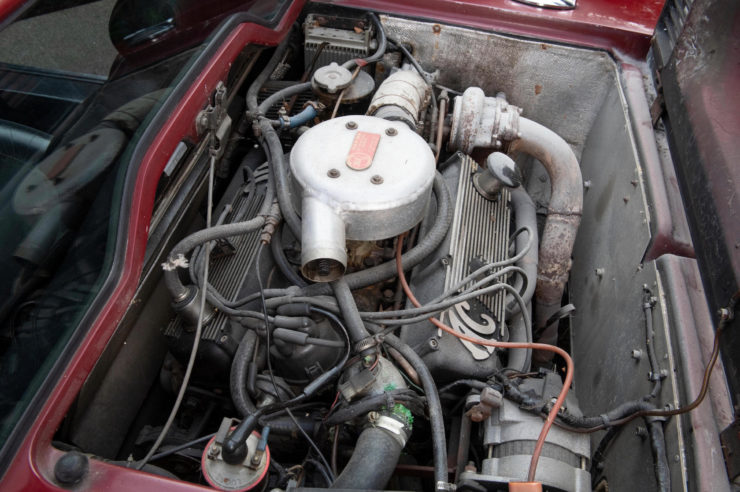 This car is fitted with the popular Robin Rew turbo upgrade, taking power from 138 bhp up to 200 bhp.

The Austin Maxi engine was deemed unsuitable due to lack of power and potential supply problems from Austin, so it was replaced with the tried and tested 3.0 liter Ford Essex V6.

The development process took years and several serious hurdles were overcome, including a partial redesign to pass the front 30 mph UK crash test. By the time the car was ready for mass production it was 1979 and the price had risen from the initial estimate of £3000 – £4000 up to £11,300 – out of the reach of many buyers.

AC Cars would keep the 3000ME in production for 5 years and sell fewer than 80 cars before selling the rights and tooling to a newly registered company named AC (Scotland) plc in Glasgow run by David McDonald.

The new Scottish company would build an additional 30 or so cars before they too shut down in 1985. Plans were afoot for a third company to take on the car however they only built a single prototype.

The surviving examples of the AC 3000ME now have a cult following in the UK, it’s not known exactly how many have survived but they do attract plenty of interest when they come up for sale.

The AC 3000ME is powered by a naturally aspirated 3.0 Ford Essex V6 mid-mounted transversely behind the passenger cabin. Power is sent through a chain drive to a 5-speed gearbox designed by AC to the rear wheels. 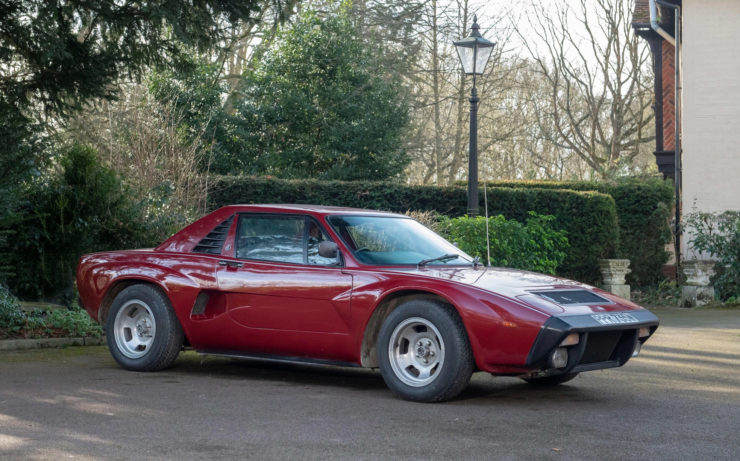 Wedge-shaped styling like this was popular in the 1970s and beyond, thanks in large part to designers like Gandini and Giugiaro.

The engineers at AC developed many of the components of the car in-house rather than buying them in, one reason for the car’s long development cycle.

Many 3000ME owners desired more than the stock power output of 138 bhp, as a result of this demand an engineer named Robin Rews developed a system that used a Garrett AiResearch turbocharger blowing through a 1½ inch Reece Fish carburetor, with the engine’s compression ratio dropped to 8.0:1.

Though somewhat simple this forced induction set up increased power substantially, from 138 bhp to 200 bhp with a similar increase in torque. This additional power made the car far more lively, and it’s been estimated that up to half the surviving 3000MEs have had the conversion done.

The car you see here that still belongs to its second owner. It has 47,935 miles on the odometer and it has five servicings on its record. 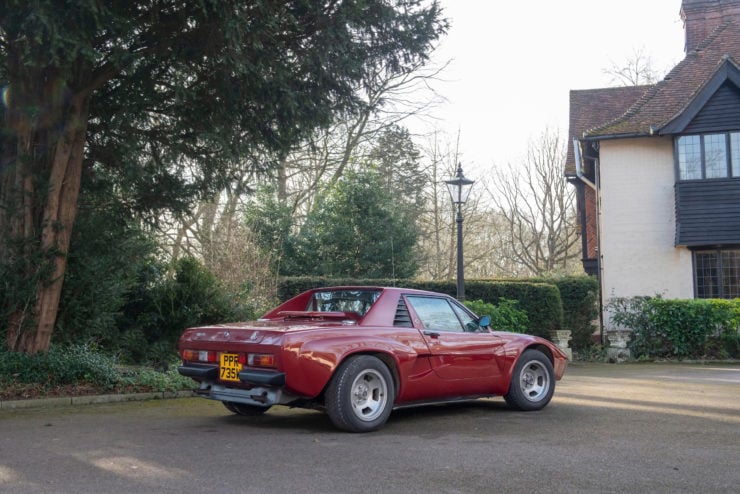 The mid-mounted Ford Essex V6 offers reliability and they’re easy to source parts for – unlike many other more exotic engines.

This car is one of those that benefits from the Robin Rew turbo upgrade, and it’s accompanied by its handbook, manufacturer’s brochure, some magazine articles, some expired MoTs, and a V5C Registration Certificate.

The seller notes that the car does have an issue with the chain drive to the gearbox currently though they’re working on getting it rectified. It’s clear that the car will require some level of recommissioning before regular driving is undertaken.

The 3000ME does have a small but highly active owners group who are happy to offer advice and assistance with sourcing spare parts etc, making the recommissioning of this car far easier than it might otherwise be.

If you’d like to read more about this unusual mid-engined AC you can click here to visit the listing. It’s due to cross the auction block with Bonhams on the 10th of April with a price guide of $16,000 – $20,000 USD. 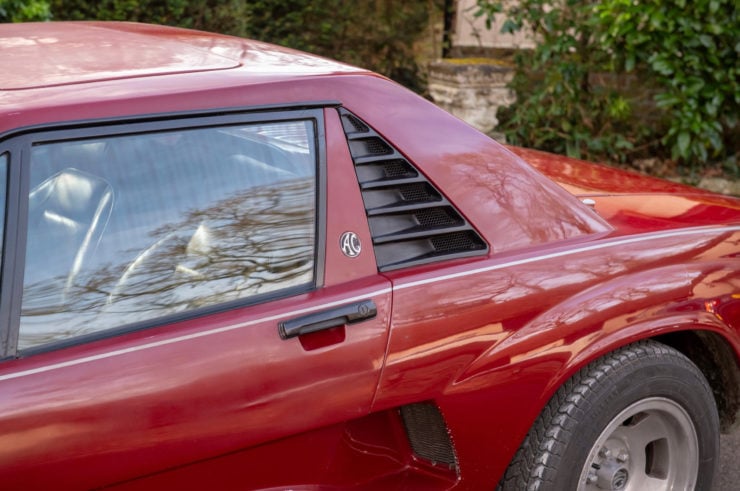 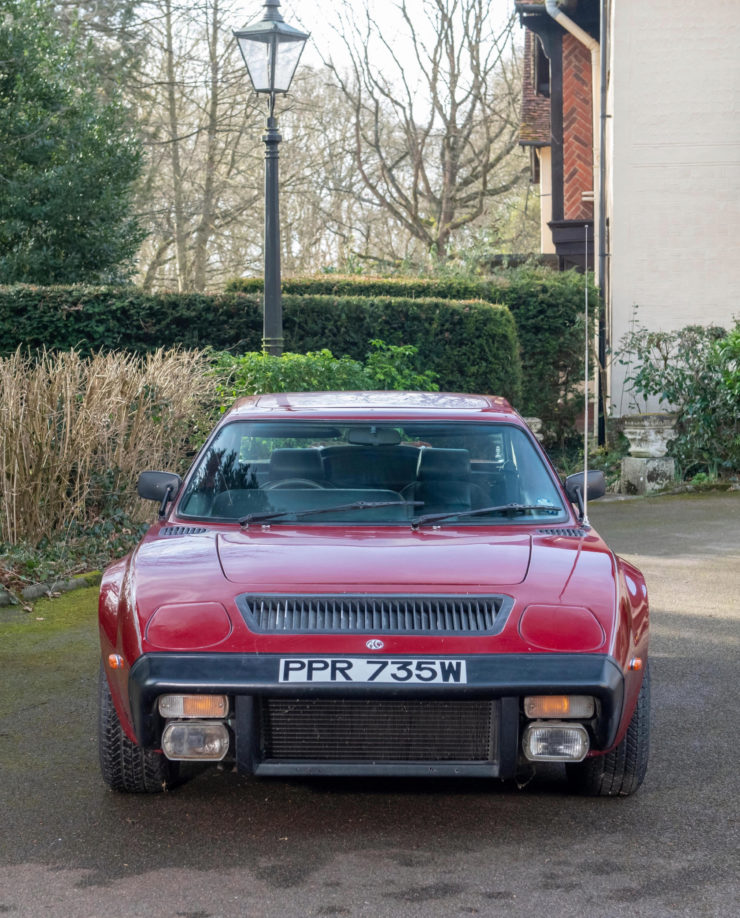 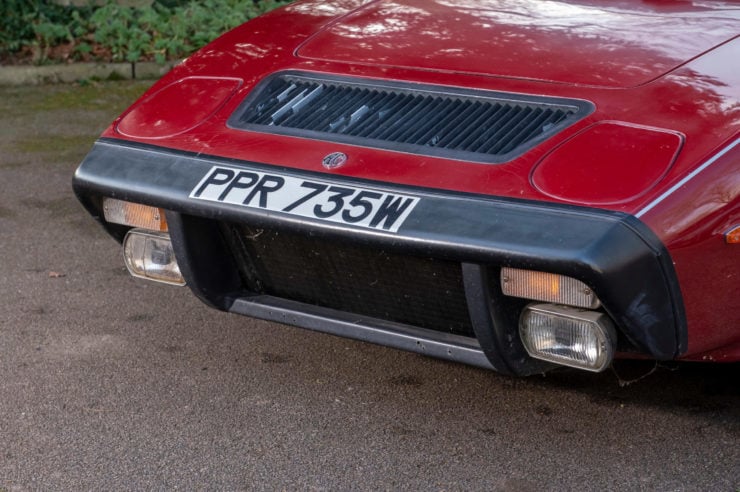 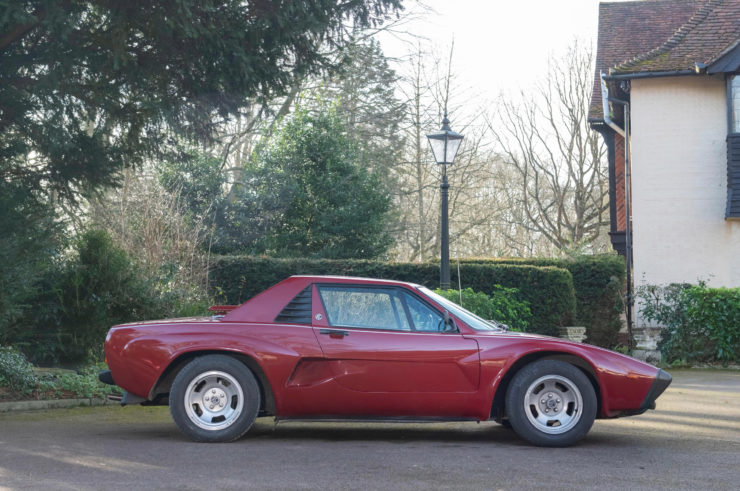 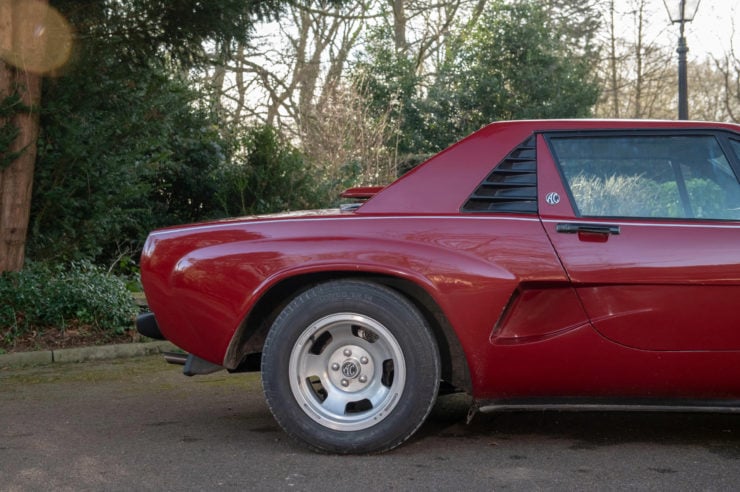 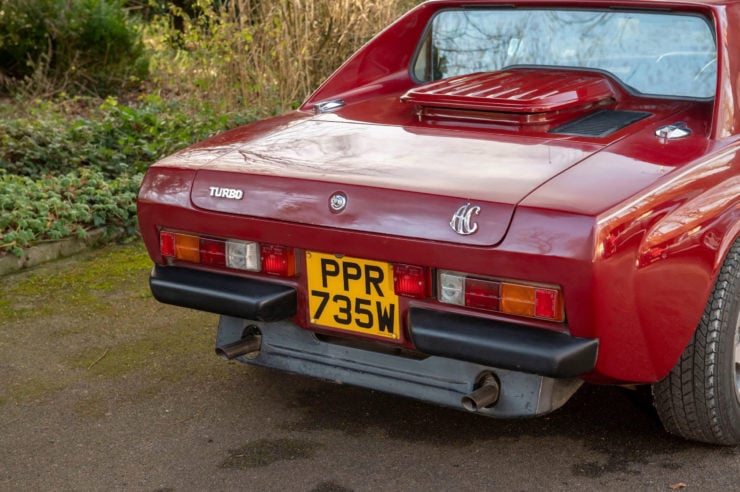 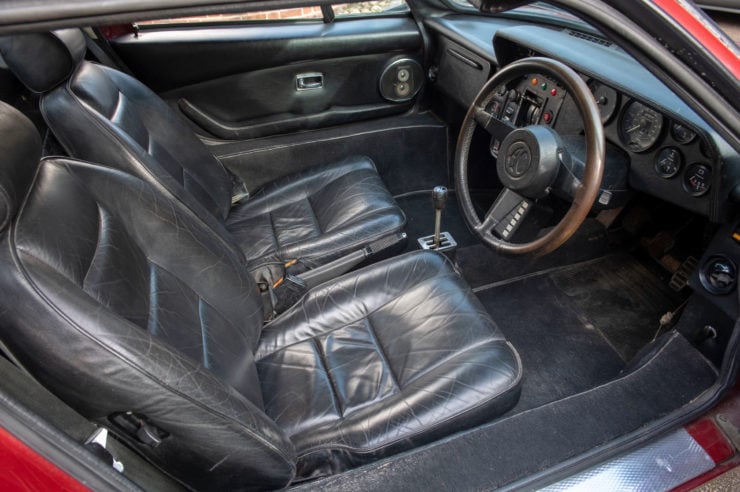 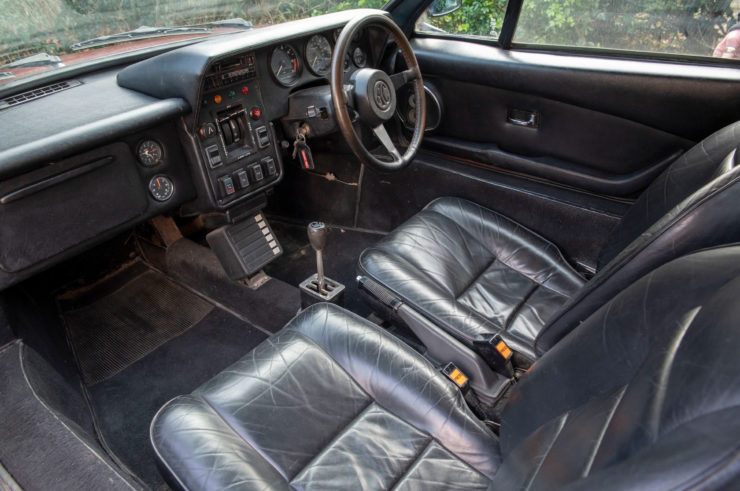 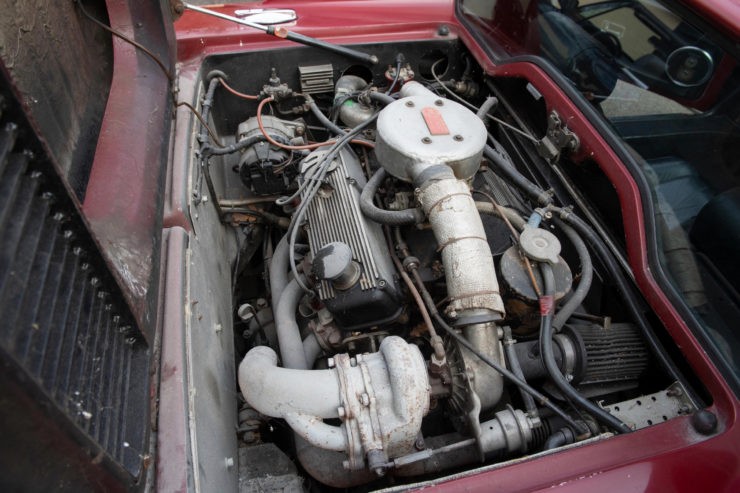 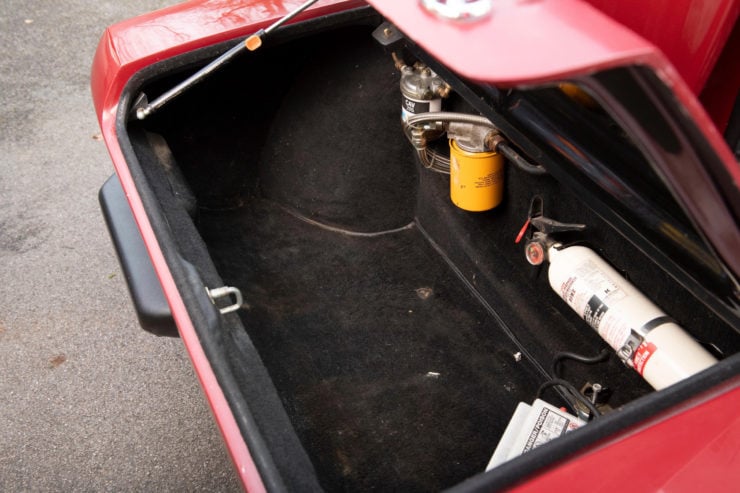 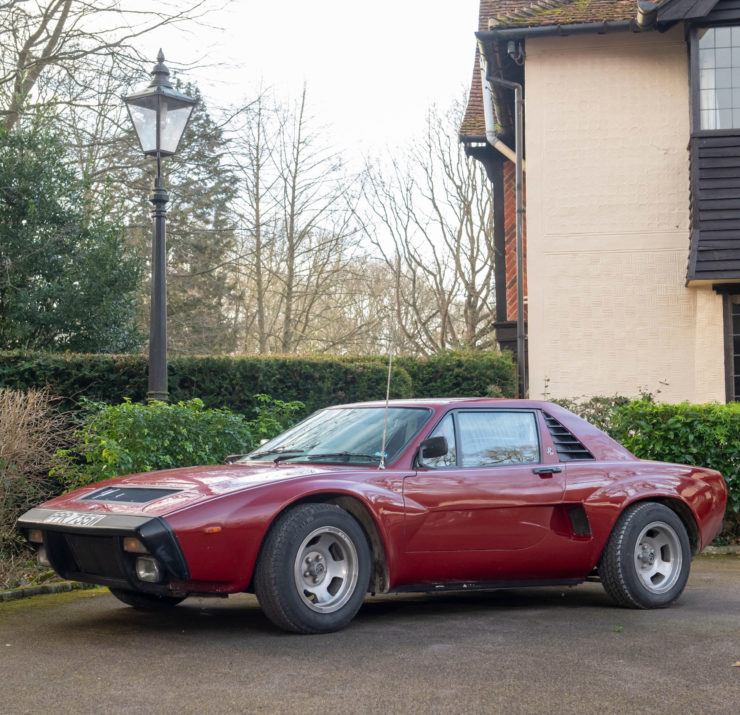 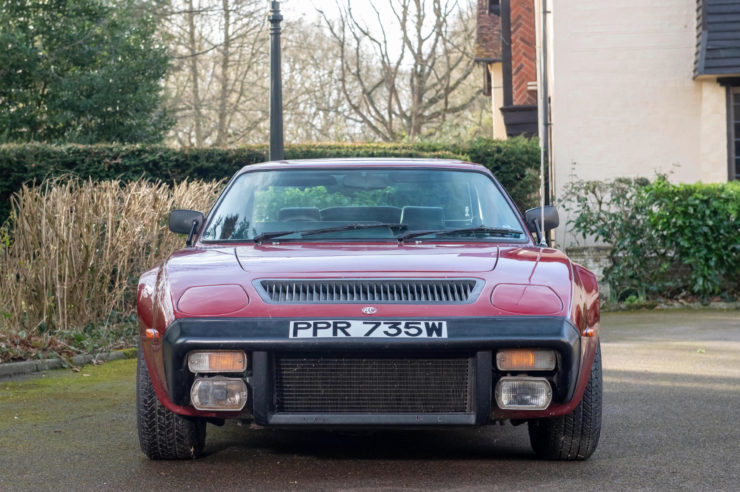