The 1919 ABC Skootamota – The Beginning Of A Transportation Revolution 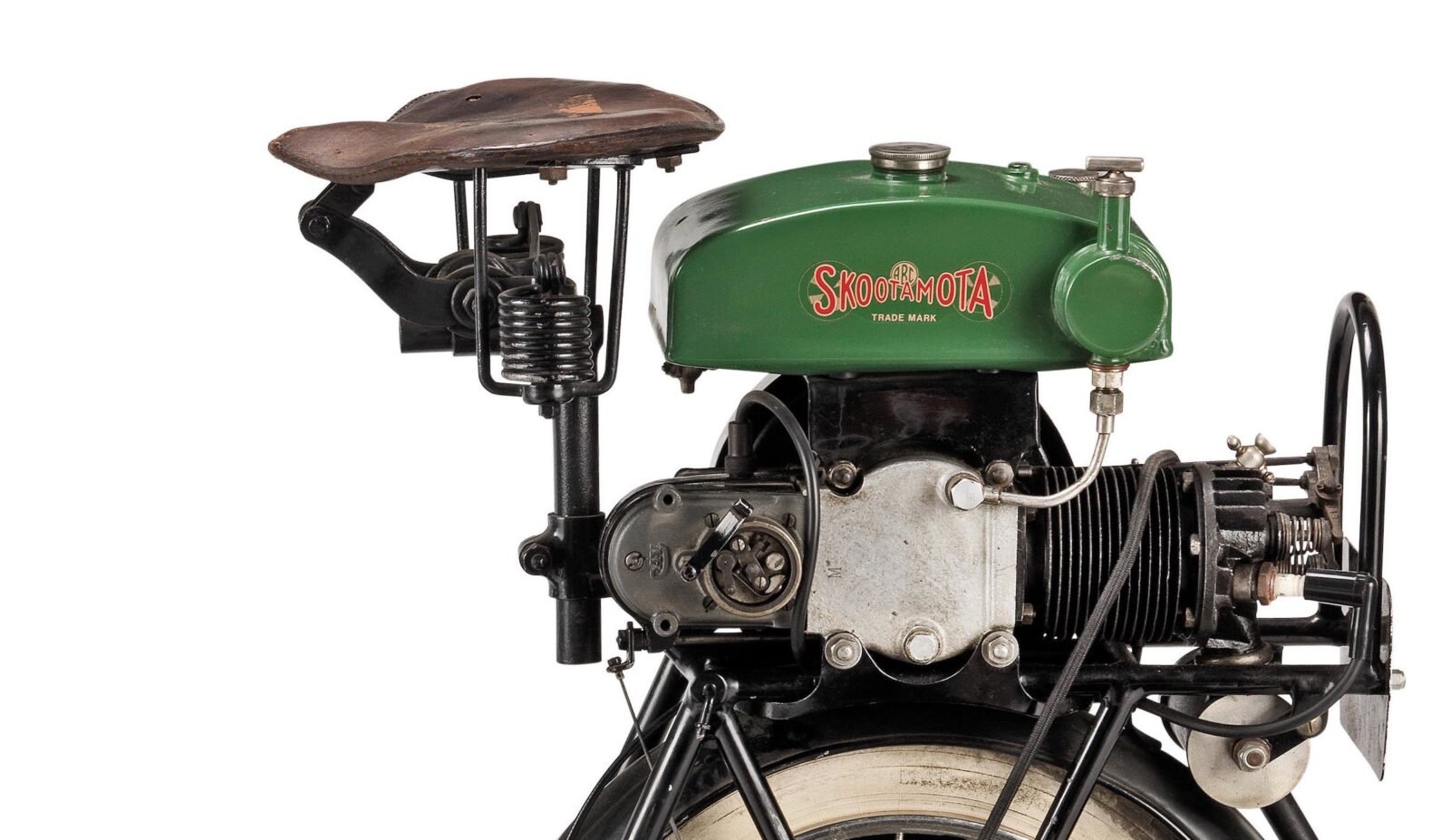 The ABC Skootamota was the brainchild of engineering genius Granville Bradshaw, inventions like the Skootamota, the Motoped, the Kenilworth, and the Reynolds Runabout showed remarkable foresight, and they would evolve into the hugely popular motor scooters built by the likes of Vespa and Lambretta.

The Skootamota was designed in 1919, just a year after the end of World War 1. There was a huge demand for cheap motorized transportation, specifically motorcycles, that could easily be ridden by both men and women.

Most motorcycles proved difficult for women to ride due to the clothing of the era and the location of the engine, frame, and fuel tank which made them essentially impossible to ride (with dignity) while wearing a skirt, let alone a heavy dress and petticoats. 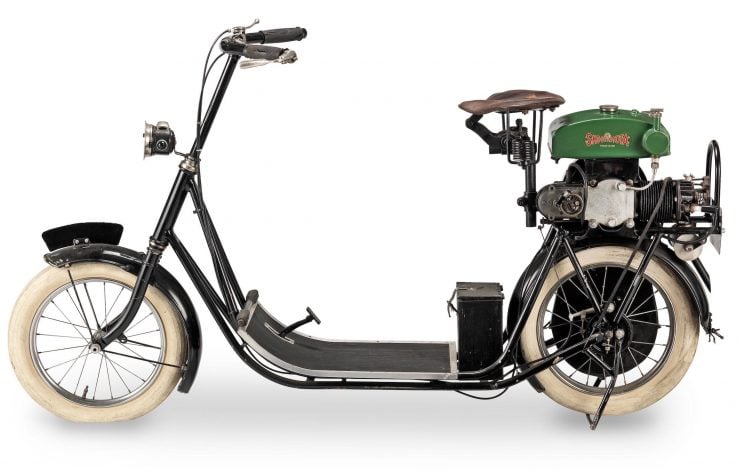 The ABC Skootamota – Engine and Specifications

Granville Bradshaw’s clever design for the Skootamota featured a simple tubular steel frame with a flat platform and a rear brake pedal.

Small spoked wheels were fitted front and back, adjustable height handlebars had controls for the throttle and the front brake (and exhaust valve), and an adjustable height seat was fitted with a sprung saddle to compensate for the lack of suspension.

The single-cylinder engine was mounted horizontally over the rear wheel, with a fuel tank above it to gravity feed the carburettor. The motor has a capacity of 123cc, early engines were intake-over-exhaust with later models using overhead valve engines.

This left plenty of space for women to ride regardless of what they were wearing, many men preferred them too as they were a little more comfortable than a traditional motorcycle, and less likely to crumple their suits.

Slowing the Skootamota down was accomplished with external contracting band brakes on each wheel, though they didn’t have to work too hard as the Skootamota had a top speed of just 15 mph (24 km/h). 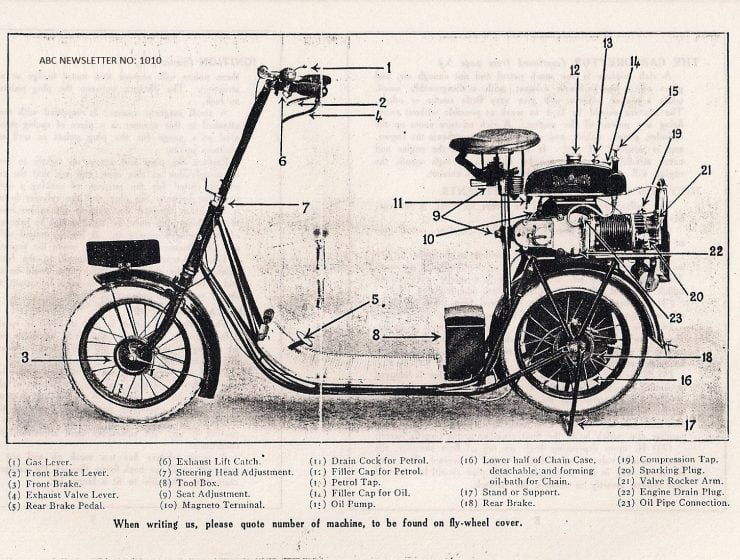 The ABC Skootamota – Sales and Influence

The Bradshaw -designed Skootamota was manufactured and sold under license by Gilbert Campling Ltd, it was marketed as the ABC Skootamota and sold in Britain and throughout Europe.

The runaway success of the design led to a slew of copycat designs, as a result the Skootamota was only sold from 1919 to 1922 when production ceased due to overwhelming competition.

The influence that the humble little British scooter had on the future of personal transportation is often overlooked, cheap scooters with the same or similar basic architecture proved hugely popular in Europe, Asia, and around the world.

Still today in many developing countries the majority of the population uses a 125cc single-cylinder motor scooter for personal transportation, and in much of Asia the family scooter is used to carry Mum, Dad, the kids, grandma, grandpa, and anyone else who needs a lift. Often all at the same time.

As we move into the 21st century the scooter has been making a resurgence in urban areas, now with an electric powertrain and a removable battery pack that people take into their offices to charge during the day.

The surviving examples of the Skootamota have a loyal fanbase and there’s an active community online. Pricing is still quite cheap considering their age and historic significance, the example you see here is expected to fetch £1,600 to £2,200 when it crosses the auction block with Bonhams. 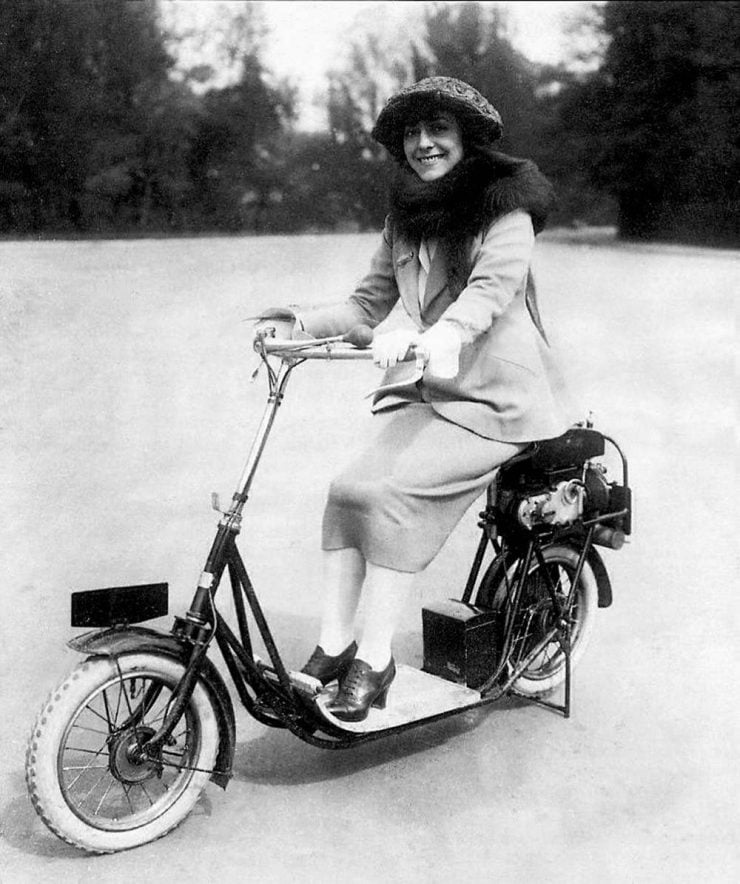 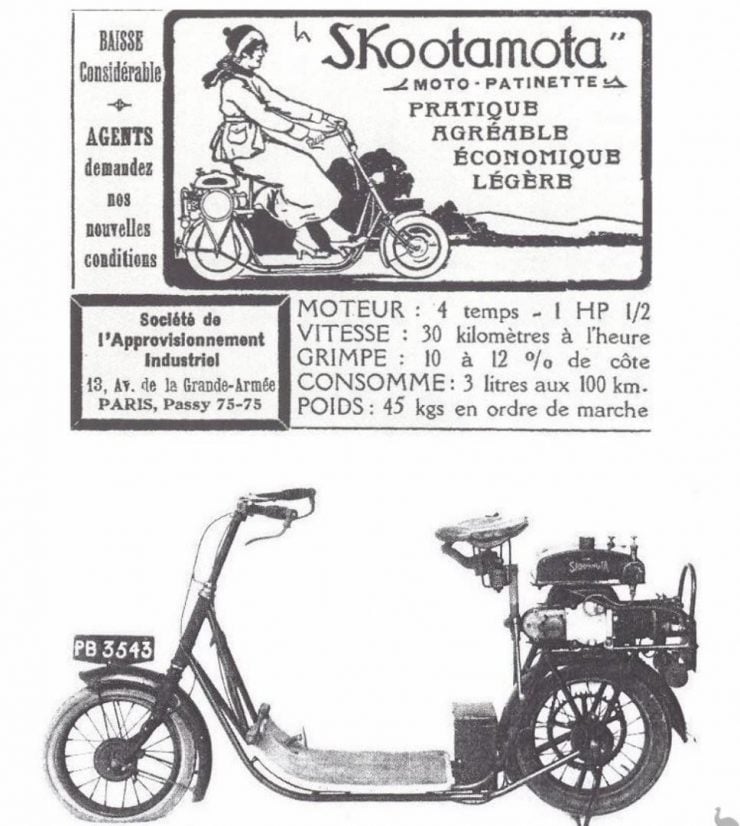 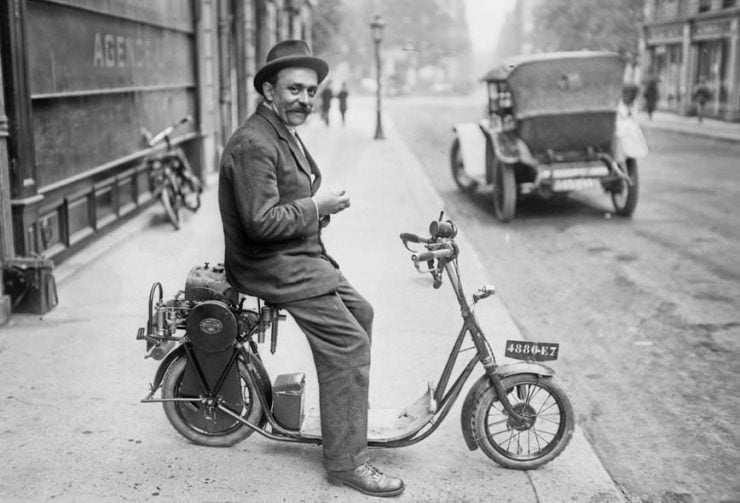 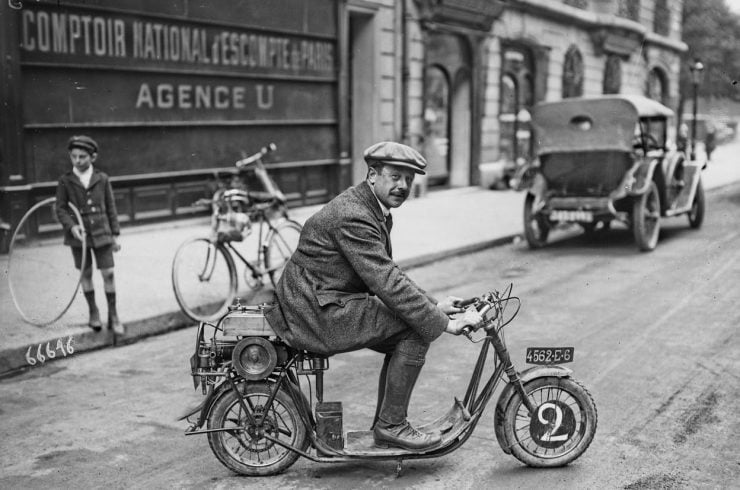 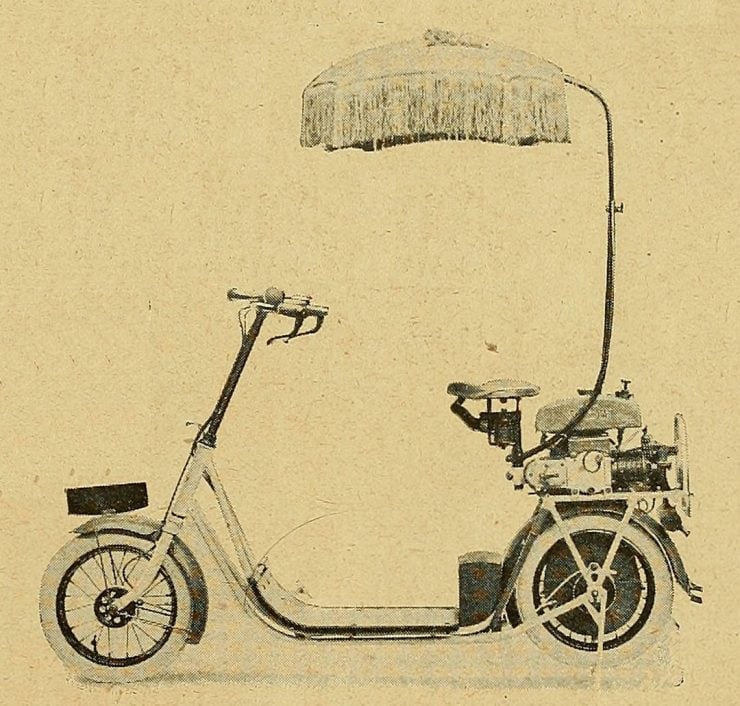 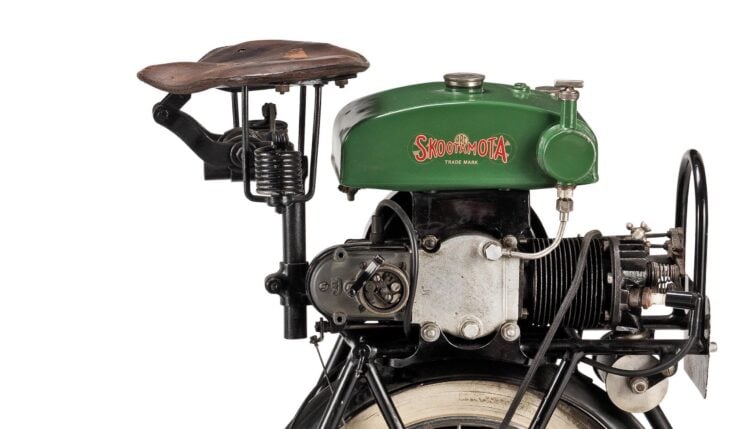 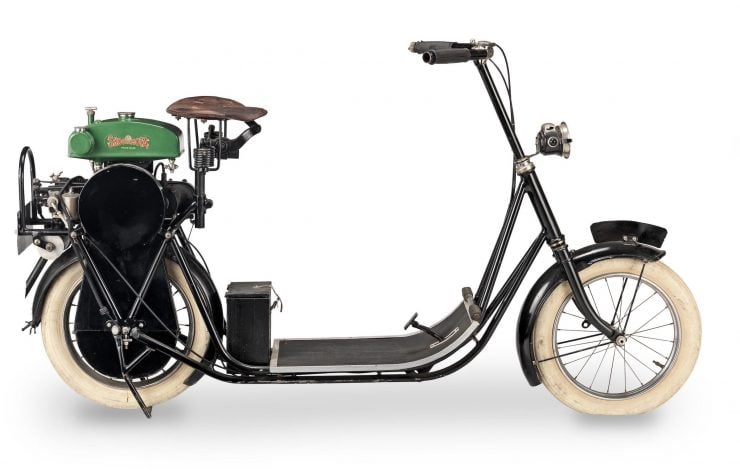 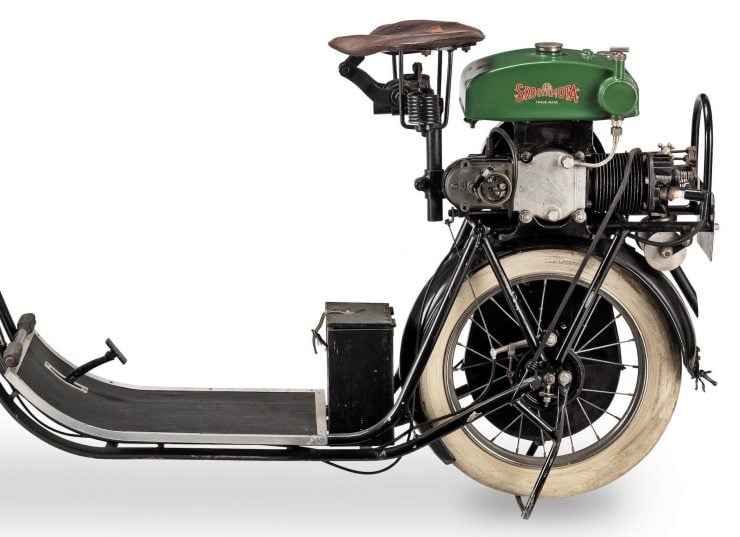 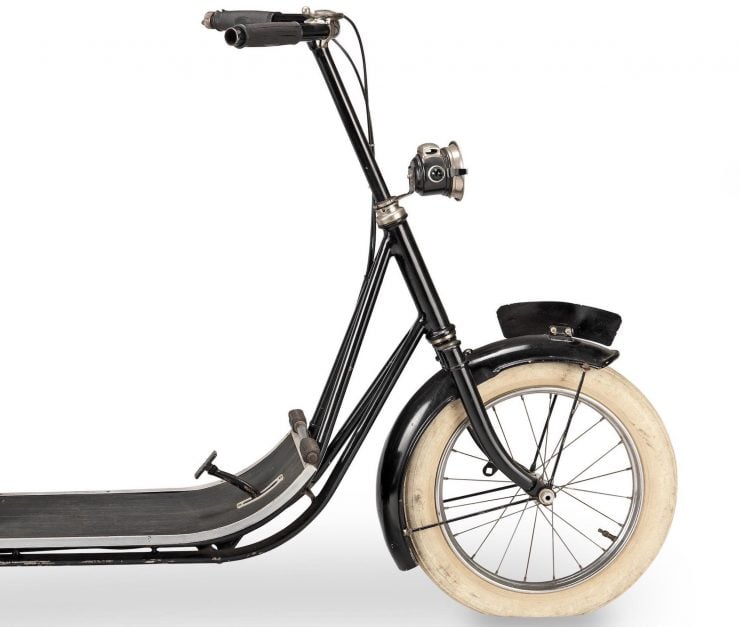 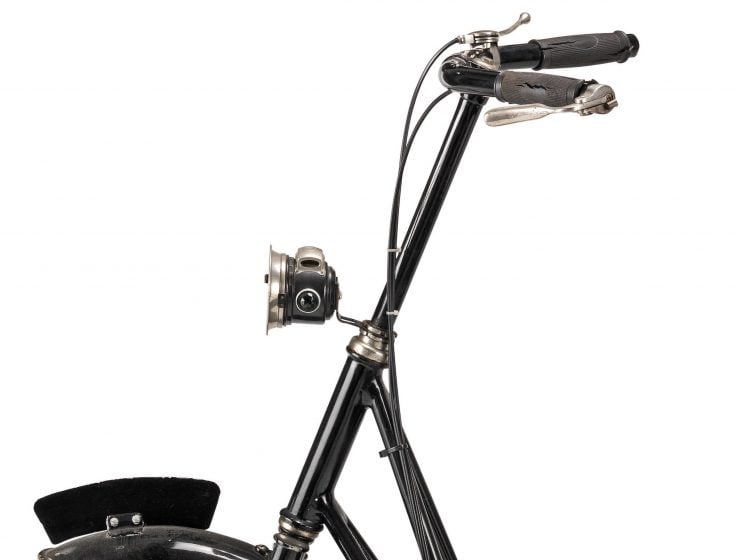 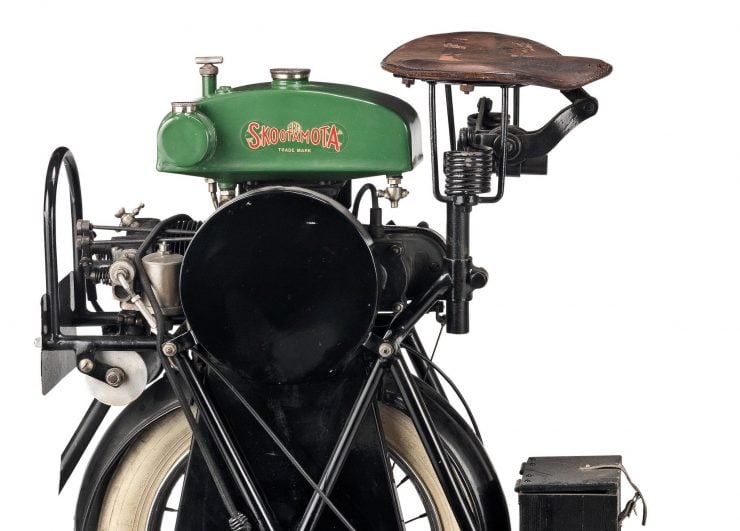 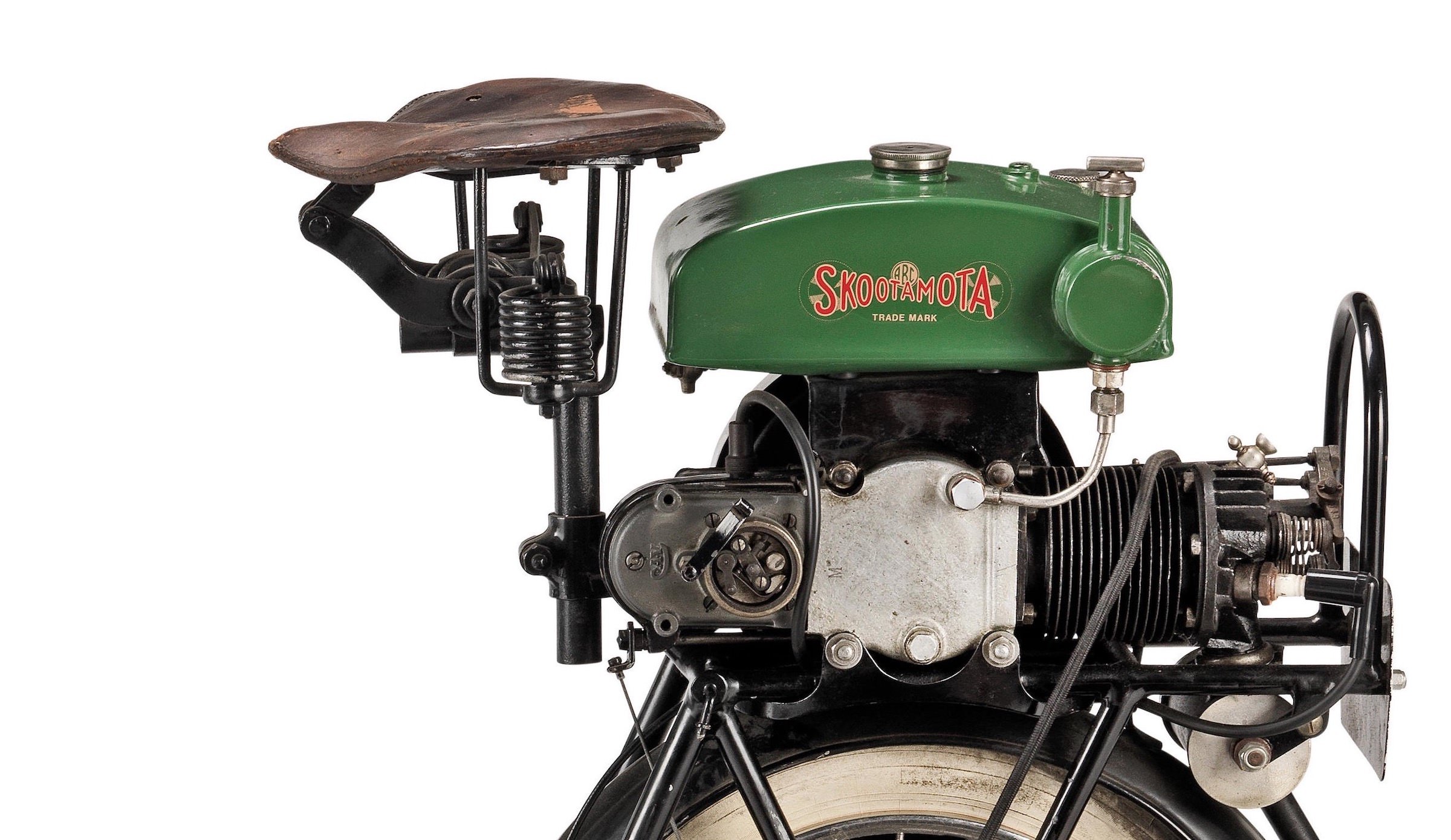