Kiez Kustoms was unknown to me until a little earlier this week, I stumbled across their website and was floored by what I saw. Beautiful handbuilt bikes on par with the work of garages like The Wrenchmonkees and Chabott Engineering. The ’79 Scrambler caught my eye and after emailing back and forth with Felix, the man behind Kiez Kustoms, we decided to feature it in all its high-res glory.

Felix has the enviable ability to collect cars and bikes he likes, customise them and then either keep or sell them depending on how he feels. Most of the vehicles in his extended garage aren’t for sale and, in his own words “finished projects, from time to time, are allowed to leave from my premises to open a gap for new stuff in the vehicle fleet.”

This Scrambler is sitting on gloriously chunky Heidenau tires (140/80 Rear, 110/70 Front), the front and rear fenders are custom fabricated as is the rather minimalist seat. The pipes are Honda HM460 race 4-4’s and the forks are by Marzocchi. Some other nice touches on the bike are the jet-black-heat-tape wrapped exhausts, trumpet air-intakes and “remove before flight” key tag (I’ve got to get myself one of those).

Based in Hamburg, Kiez Kustoms specialises in Mercedes V8 conversions, Scramblers, Bobbers and Café Racers. This particular ’79 CB 750 Scrambler was sold last week as Felix has decided to build another Honda CB750 based Scrambler this summer so stay tuned, we’ll cover it when it rolls out of his garage. 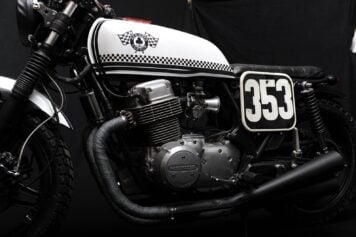 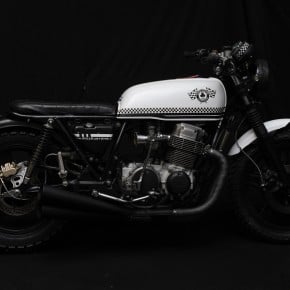 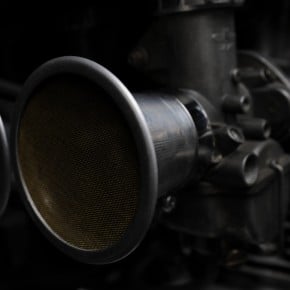 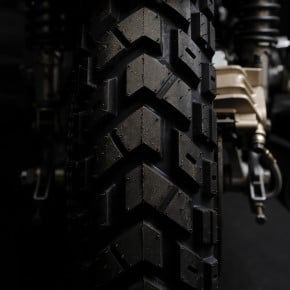 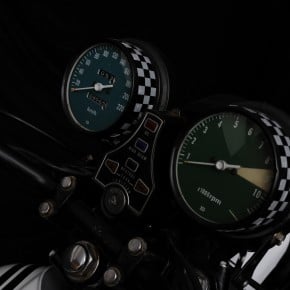 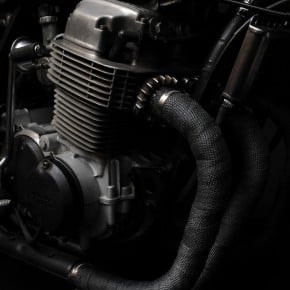 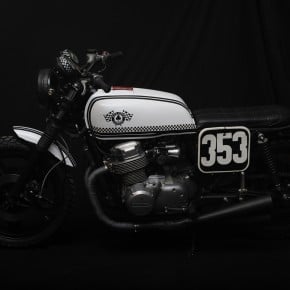 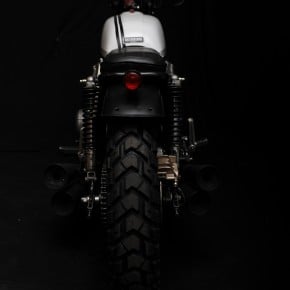 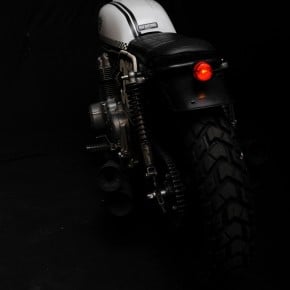 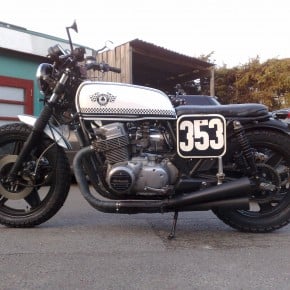