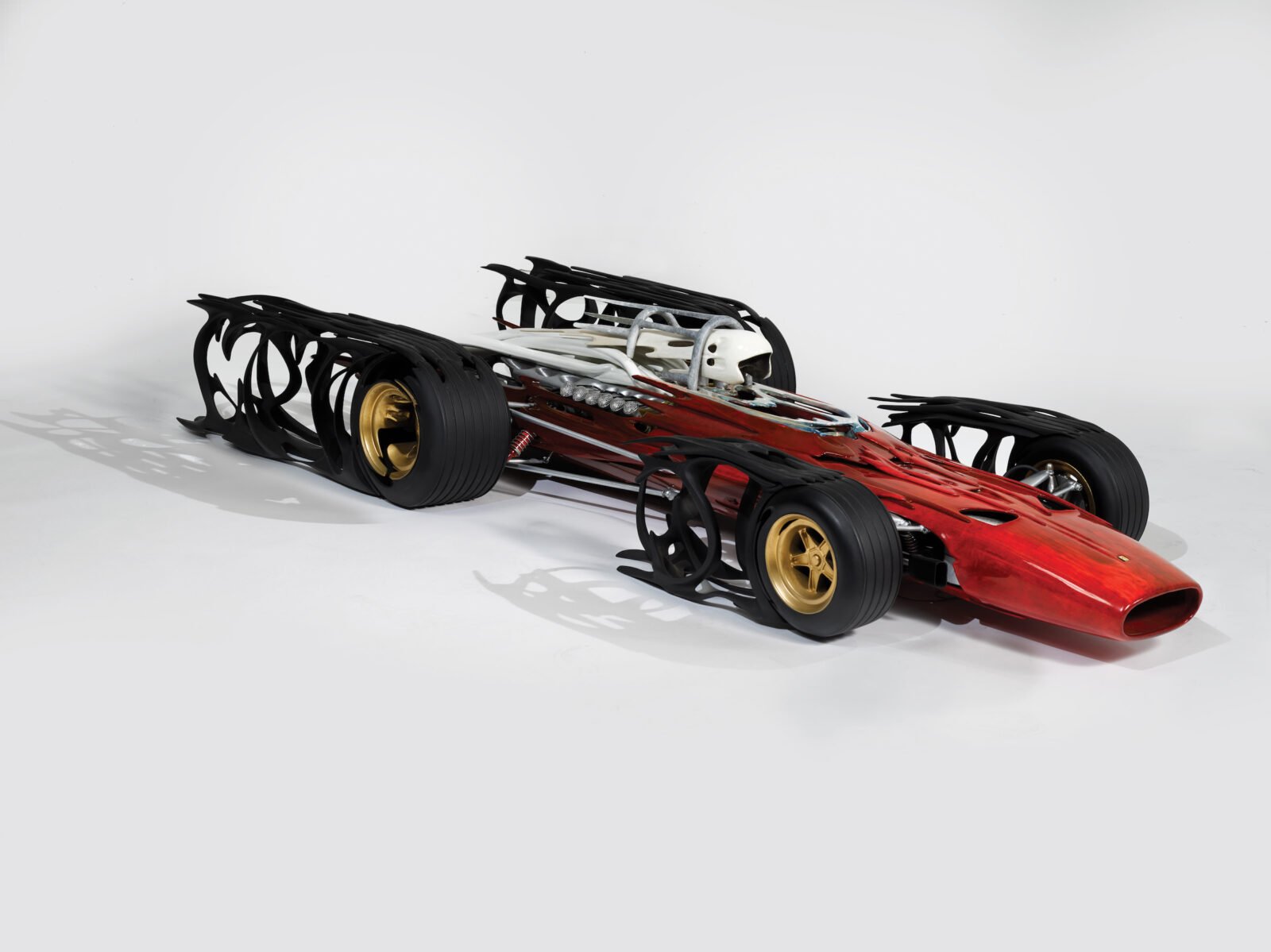 Dennis Hoyt is a highly-regarded automotive artist renowned for his sculptures of racing cars in action – famous for capturing accurate detail of each car combined with a swirling sense of motion and speed.

The Ferrari 312 is considered by many to be one of the purest Ferrari Formula 1 cars from the pre-aero era, powered by a legendary Ferrari V12, before they switched to Flat-12s with the 312B. Designed under the leadership of Mauro Forghieri, the 312 was fitted with a symphonic 3 litre 60° V12, and it was piloted by legendary drivers like John Surtees, Chris Amon, and Jacky Ickx.

This sculpture was handcrafted from basswood, and features excellent suspension and engine detailing. It’s a signature Dennis Hoyt piece thanks to its combination of accuracy and the sense of motion it captures, and it’s physically larger than you might expect – measuring in at 27″ x 67″ x 12″. It’s due to be auctioned by RM Sotheby’s on the 6th of December with an estimated value of between $40,000 and $60,000 USD. 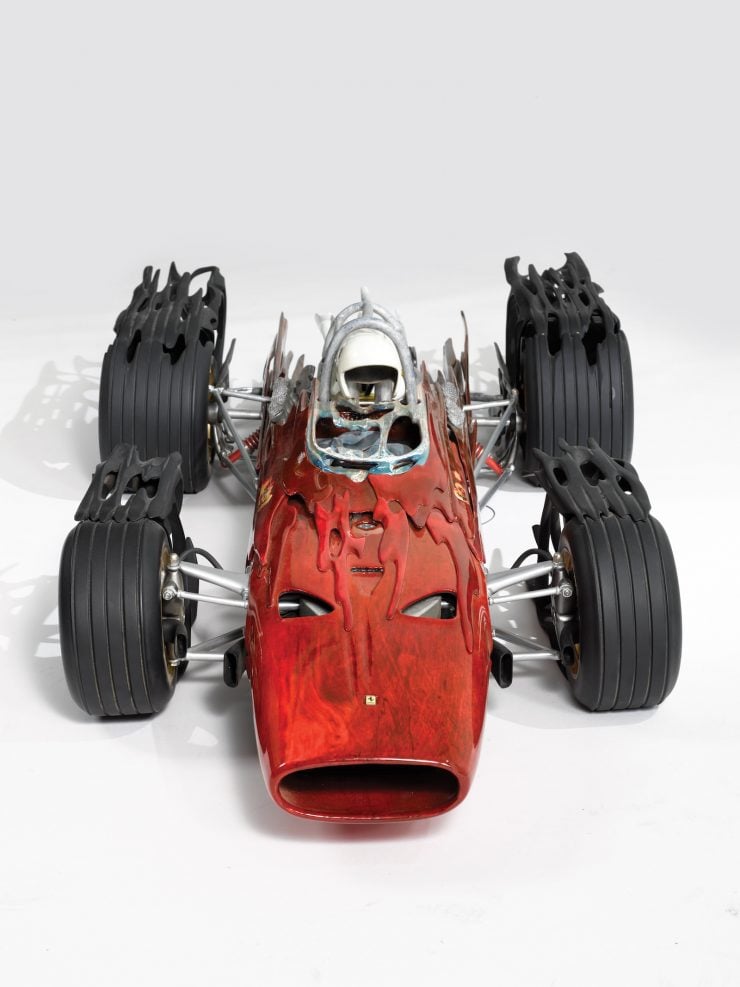 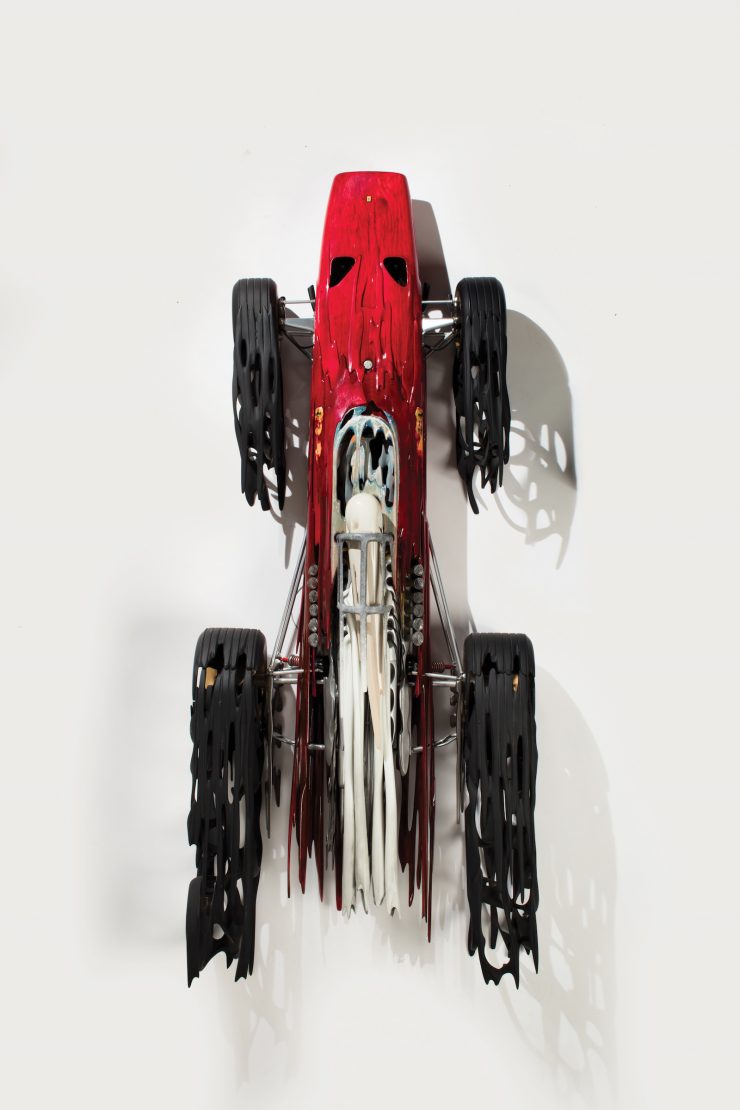 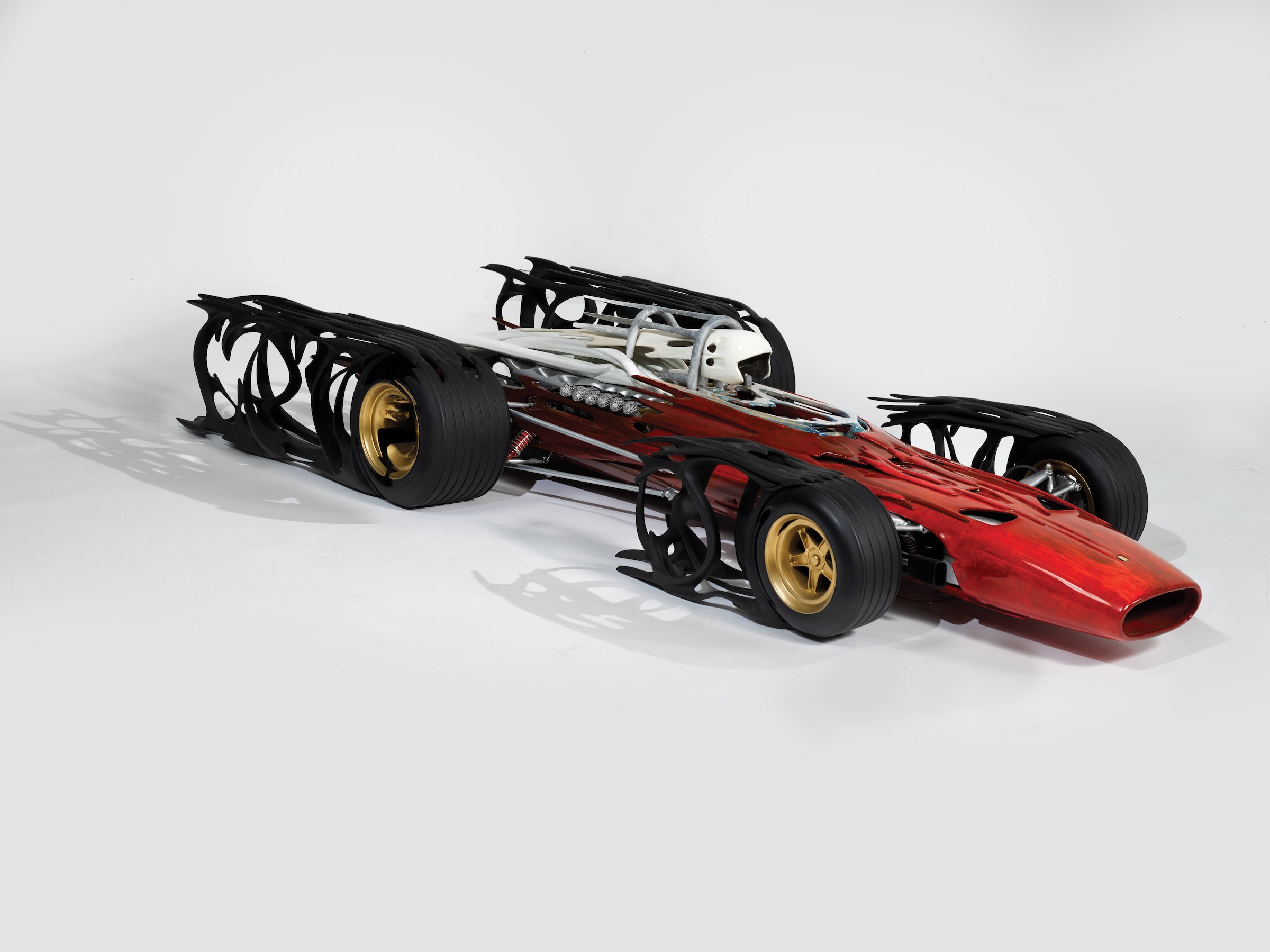