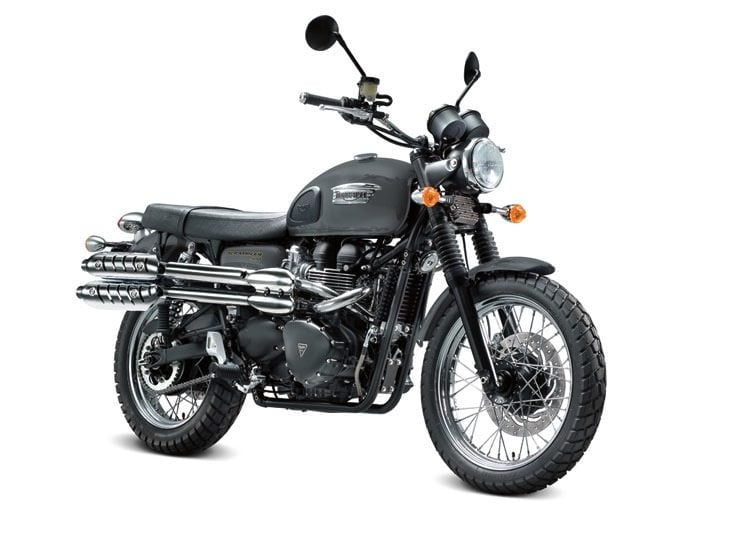 The modern Triumph Scrambler is one of those bikes that’s becoming increasingly popular with custom motorcycle builders, Triumph specifically designed the bike with end-user modifications in mind and so many buyers tend to spend the first few weeks of ownership in the garage with the bike up on a hydraulic lift tweaking it to suit their needs.

In many respects the bike is a two-wheeled version of the Land Rover Defender, both are built by venerable British marques, both are based on vintage off-roaders, both are gloriously simple to work on and they’re both the kind of vehicles that you can take out into the mud and guts without worrying about scratches, dings or dents.

The 2013 Triumph Scrambler is fitted with a parallel twin, 865cc, air-cooled engine that produces 58hp and a very respectable 50ft-lbs of torque. Carburettors have been discarded in order to meet EU emissions requirements so the engine is now fed by a multipoint sequential electronic fuel injection system with SAI, this has the added benefits of being more fuel efficient and making the bike exceedingly reliable.

Suspension front and rear is provided by Kayaba, the front end has 41mm forks with 120mm travel and the rear has twin shock-absorbers with adjustable preload and 106mm rear wheel travel. The Scrambler has a set of 2 into 2 high-exit exhaust pipes provided by Arrows, a 5 speed transmission and Nissin 2-piston floating calliper disc brakes fitted front and back.

You can pick up a new Triumph Scrambler for $8,799 USD in the United States or about £5,699 in the UK, though you may want to budget a few extra clams for some off-road riding gear. 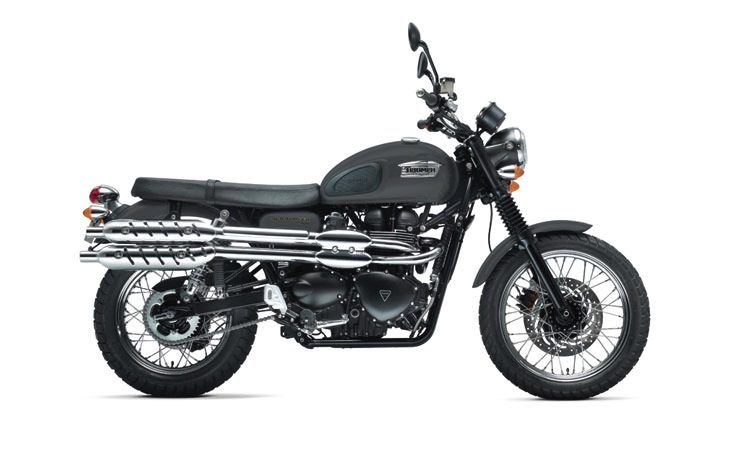