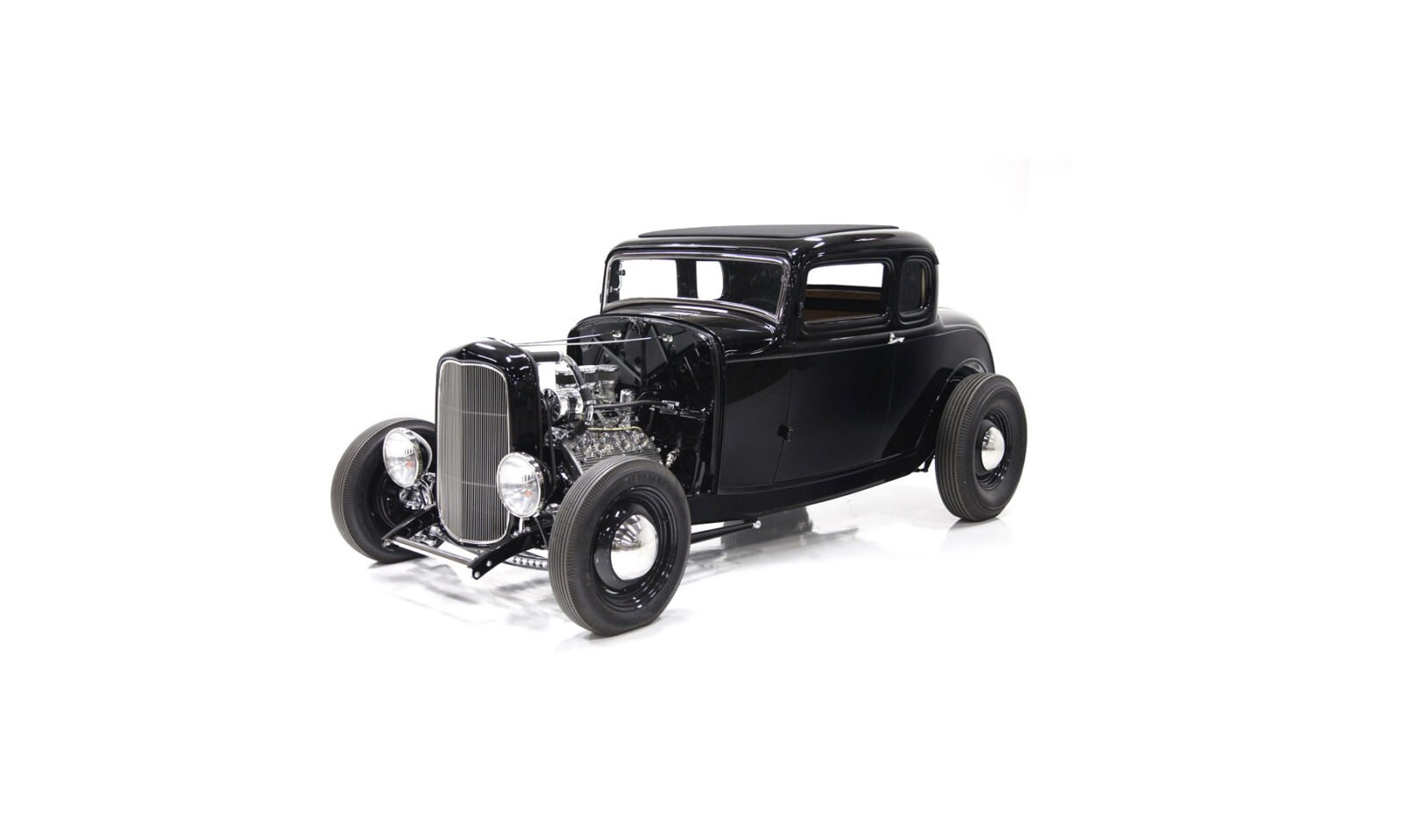 The 1932 Ford is by far the most common base for hot rodding in the United States, the model is often referred to as the “Deuce” as a reference to the year it was made. The reason it was so popular is relatively straight forward, it could be ordered with the first genuinely affordable V8 engine – the Ford Flathead.

The affordability of the ’32 Ford resulted in a huge number of them being built, and after 13 or so years of depreciation they were one of the few affordable V8s that young men returning from WWII could afford. When the Flathead V8 was first introduced in the 1932 Ford it produced 65hp, but enterprising young American men found a number of ways to significantly boost this figure – and what they couldn’t squeeze out of the engine they made up for by removing the front and rear fenders, the 4-piece hood and any other parts that could be stripped to lower vehicle weight.

These new stripped back cars became known as Hot Rods, and they caused no small amount of chaos on the roads of small town America as they became a national icon fuelled by the desire of young men to go faster than their contemporaries.

Today it’s almost impossible to buy an all-original 1932 Ford V8. Such was the popularity of Henry Ford’s Deuce that they’re still the most common platform for authentic Hot Rodders – and companies have been established across the USA that make brand new chassis, engines, axles, and even pressed-steel bodies that are interchangeable with the originals.

The 5-Window ’32 Ford Hot Rod you see here is a great example of an original Deuce with a roof chopped by 3 inches and a rich Glasurit paint that’s been buffed to a mirror-like finish. Although the body is an original Ford unit, the chassis is a newly built example by the world-famous So-Cal Speed Shop.

At the rear the car has a Ford 9 inch with transverse spring suspension, in front it has a drilled and chromed forged drop axle with chrome split wishbones under a transverse spring. A rebuilt Mercury 255 flathead with Tri-Power and Eddie Meyer heads provides significantly more power than stock and it’s all fed to the rear-end via a 5-speed manual transmission. The interior and trunk are upholstered in leather and a glide engineering seat has been used to ensure it’s comfortable for both long and short drives.

If you’d like to read more or register to bid on this particular Deuce you can click here to visit Barrett-Jackson. 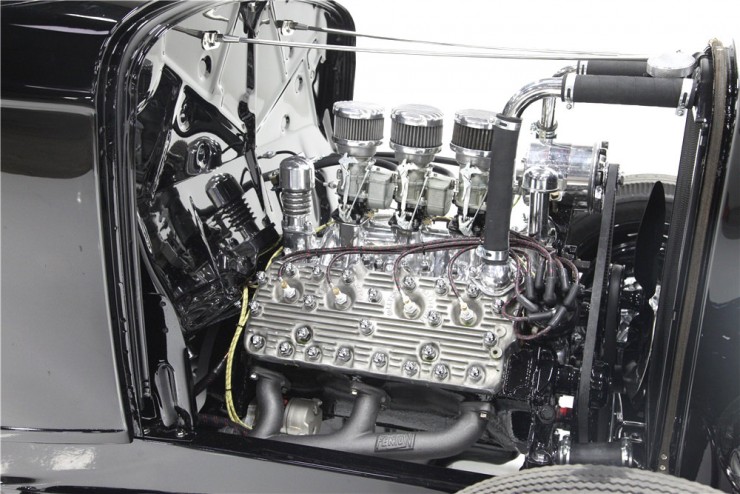 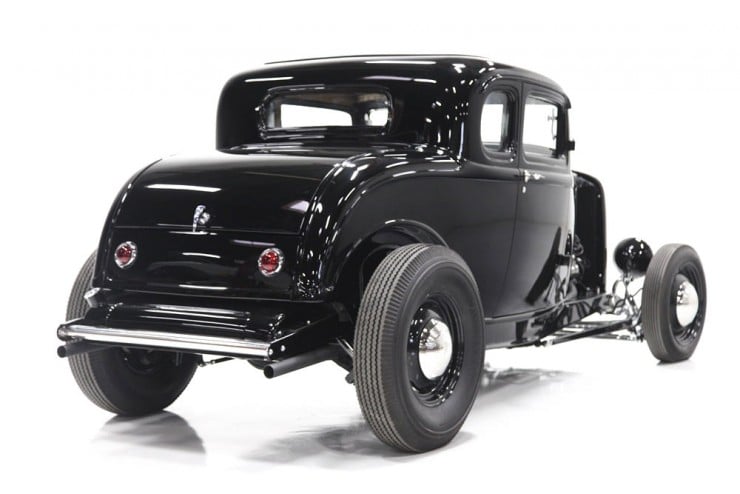 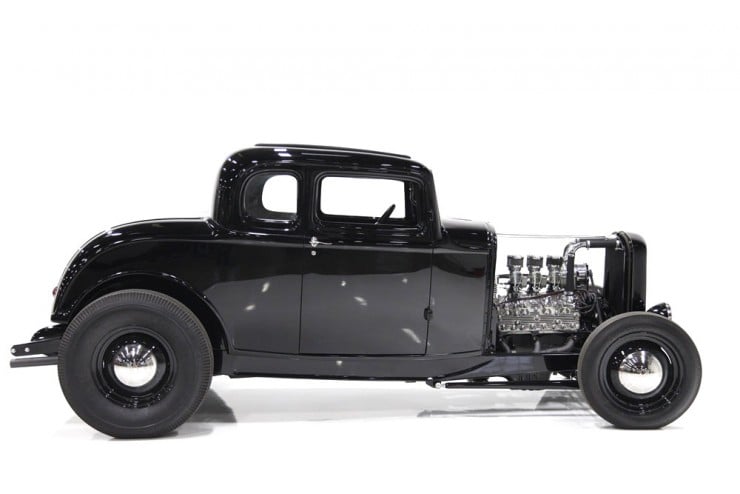 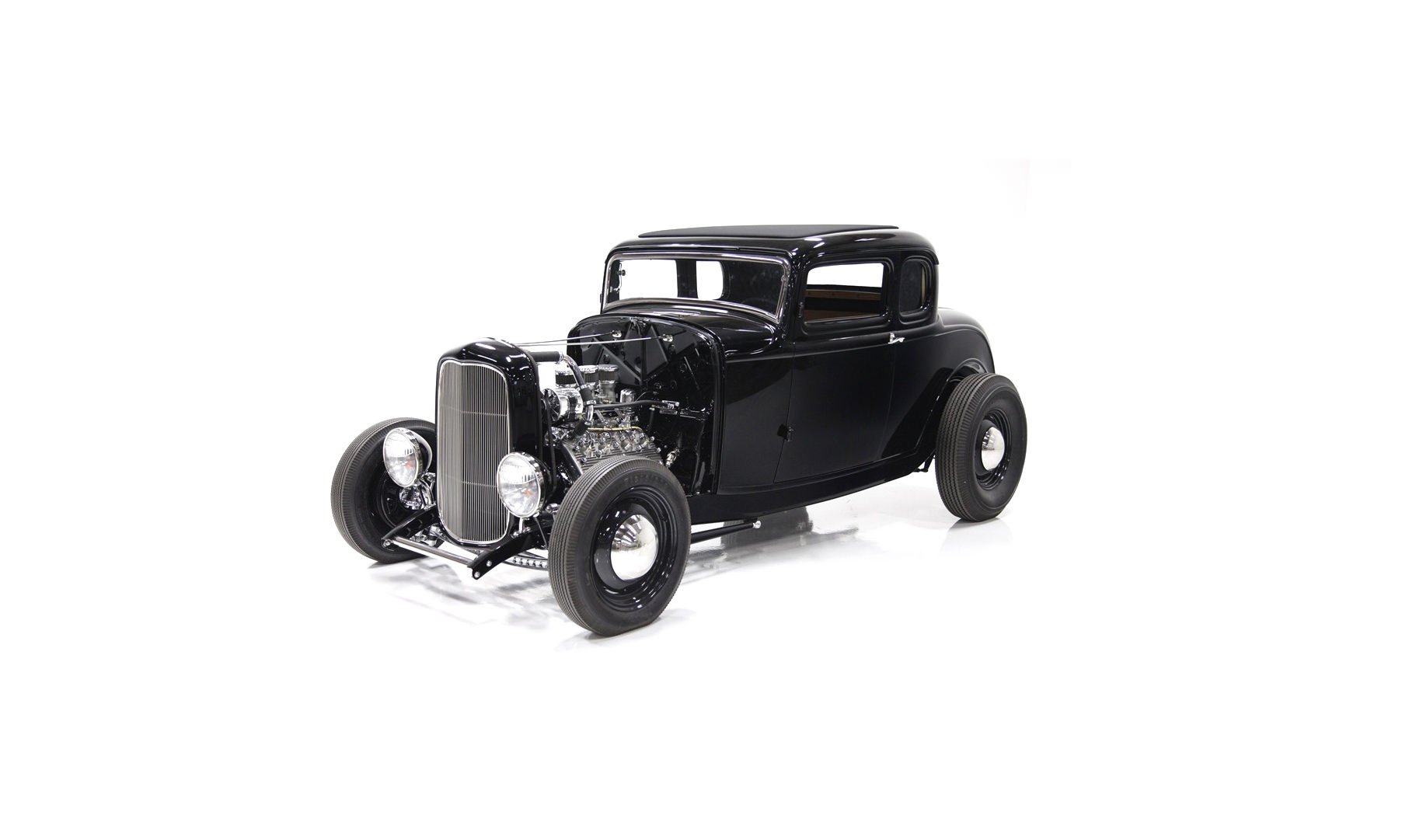