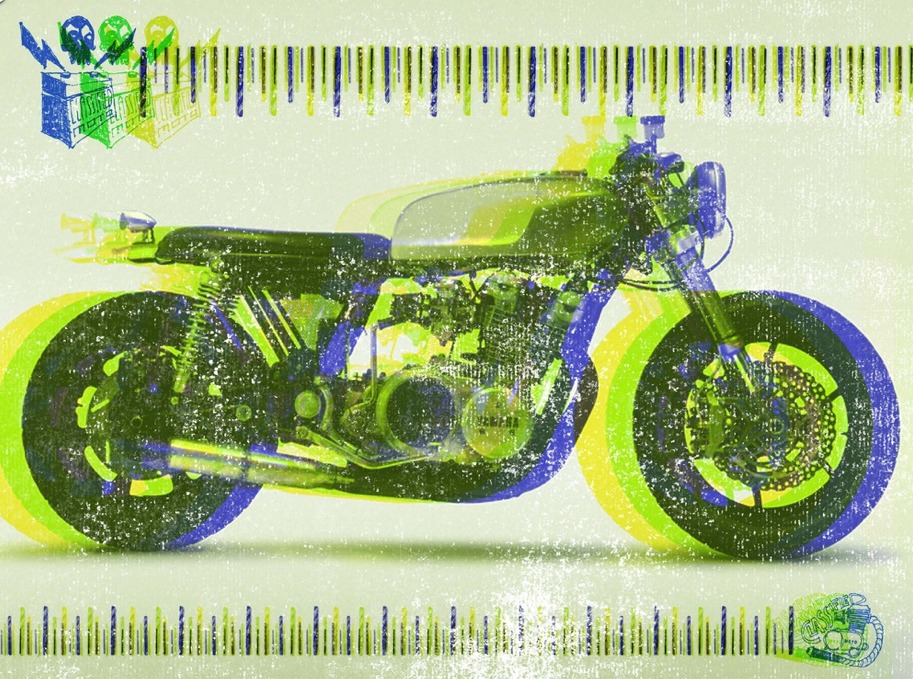 John Ryland is a remarkably talented bike builder, he discovered bikes later in life than most and is more than making up for lost time. After recently losing his job in an advertising firm he decided to step up his bike (and lamp and other stuff) business and make a real go of it.

This print is limited to a run of just 50 units, making the likelihood of bumping into someone else carrying one around fairly low. You’ll probably want to carry it around a bit just to let people you know know that you have one.

It was made by a talented designer called Adam Stockton (who coincidentally owns the bike in the picture) and the limited edition print is for sale now via Classified Moto’s brand spanking new online shop for $52 USD.