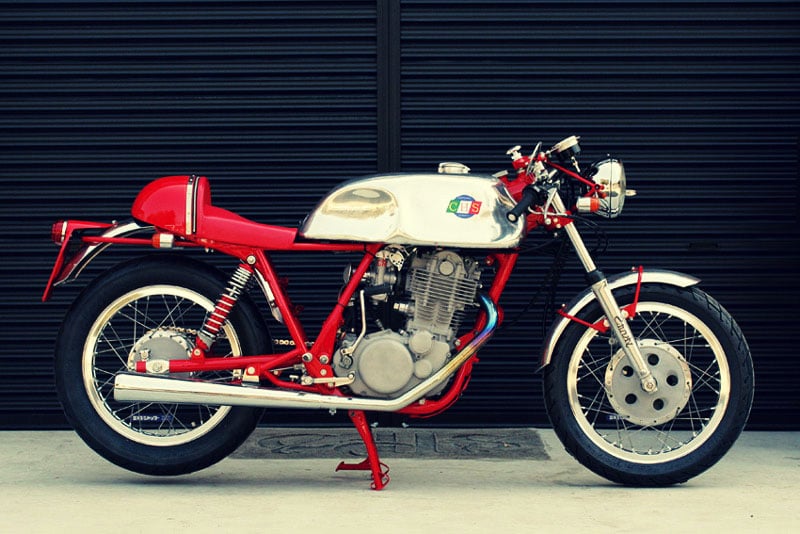 So let’s just get it out of the way right now, “Custom House Stinky” is an usual name for a garage and although I’d like to ask the proprietor where the name originated, I can’t because they only speak Japanese and I only speak a slightly bastardised version of English.

This custom Yamaha SR500 is one of my favourite recent builds from Stinky, they’ve gone to a lot of trouble here to give the bike a distinctly European flavour and the stunning contrast between the bright red frame and chrome tank is going to keep me up at night.

The fit and finish is clearly very well done and the bike actually looks like a production line special rather than a head to toe custom, built in a Japanese garage over a couple of months.

We’ll keep a close eye on Stinky and keep you updated on their newest builds, if you of you know how they came to choose that name, let us all know in the comments below. 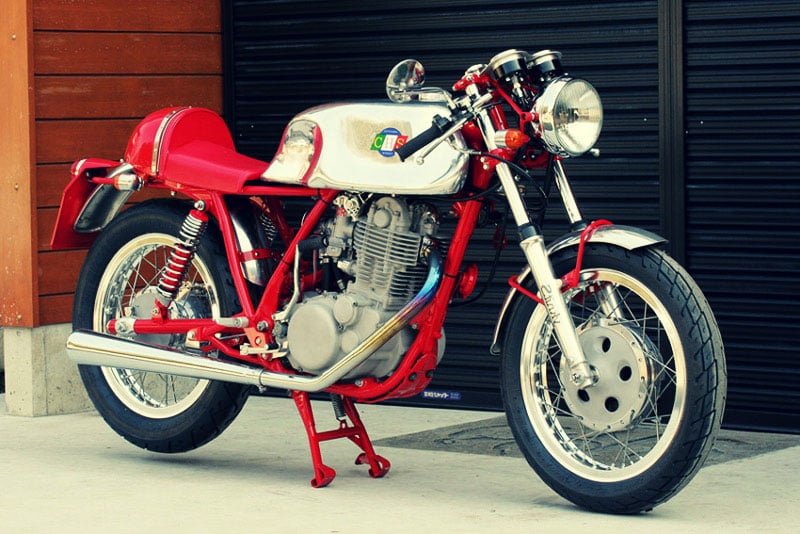 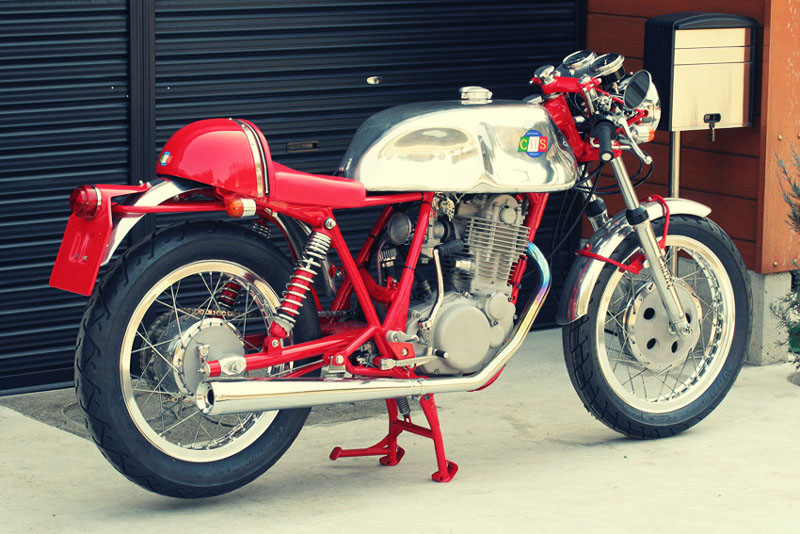 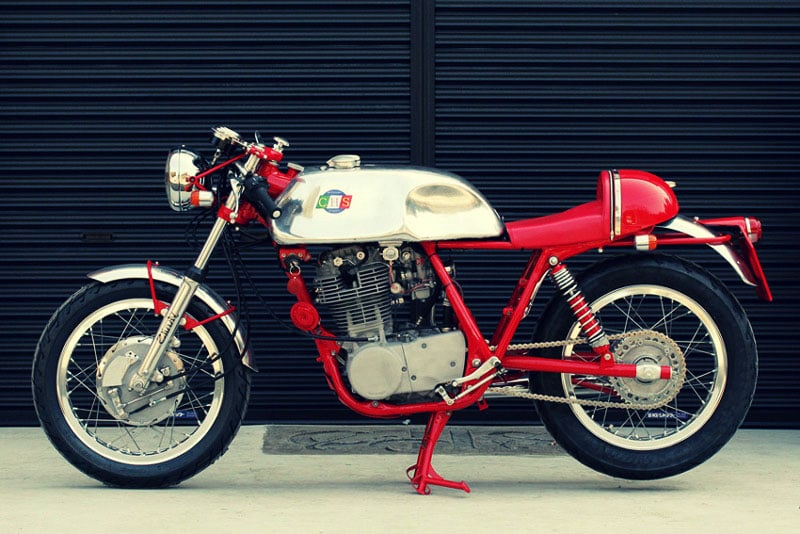