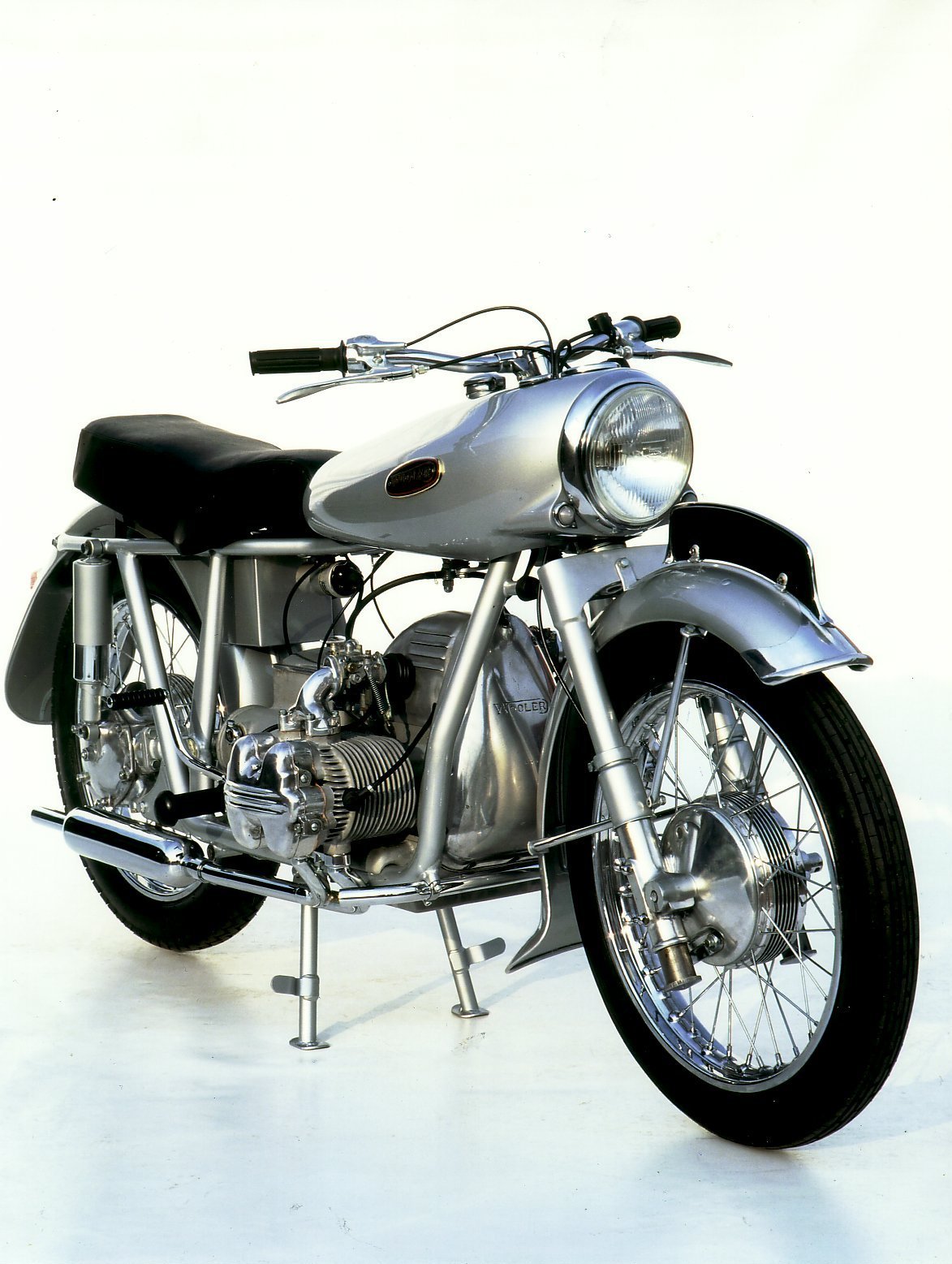 The 1955 Wooler Flat Four is the kind of motorcycle that you stumble across from time to time that grabs your attention and refuses to let go. This flat four, shaft driven motorcycle had a number of unique features, my favourite of which is the 2 nut size construction that allows a home mechanic to totally disassemble the bike with just 2 spanners.

The standout feature is of course that unified fuel tank/headlight assembly but the closer you look at the bike (click any image to see the full size version) the more interesting little features you notice. That front suspension is quite remarkable as is the fact that the front and rear wheels are fully interchangeable.

The extremely clean engineering and no-nonsense design is hugely appealing to me, it seems a damn shame that John Wooler passed away in 1956 leaving only 5 of these remarkable bikes in existence. 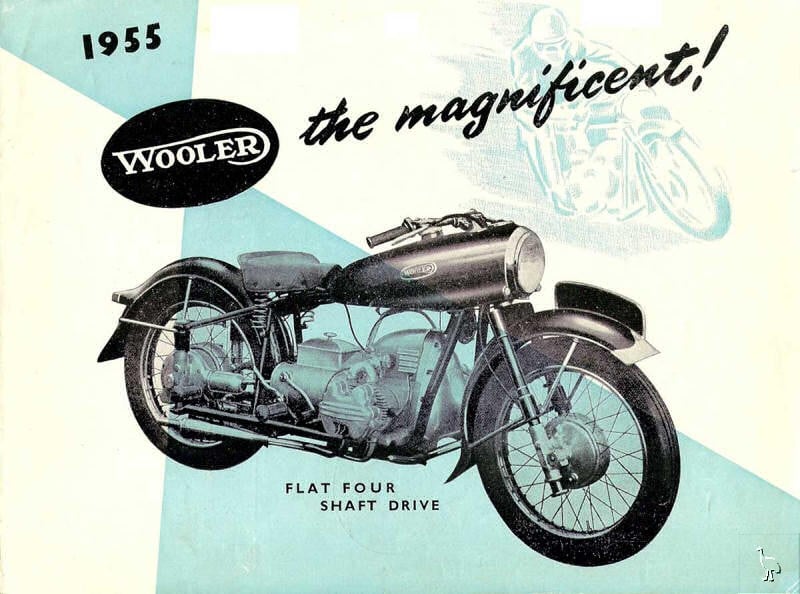 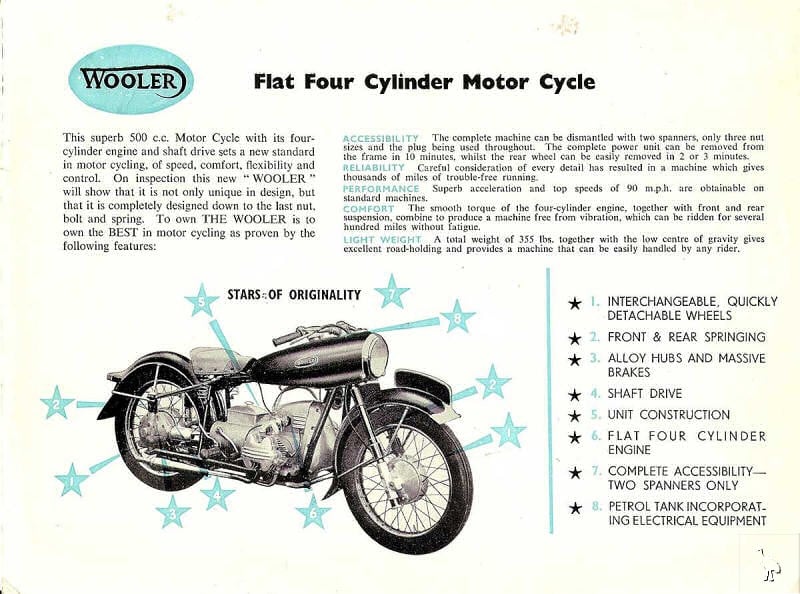 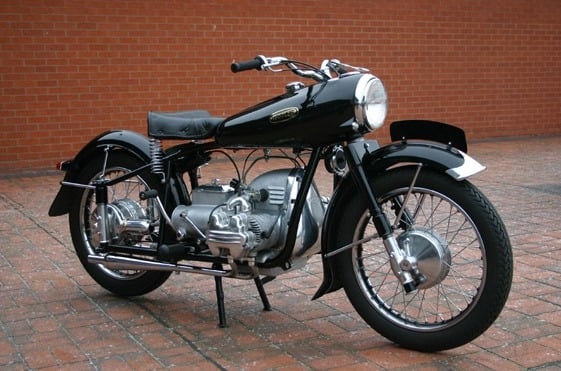 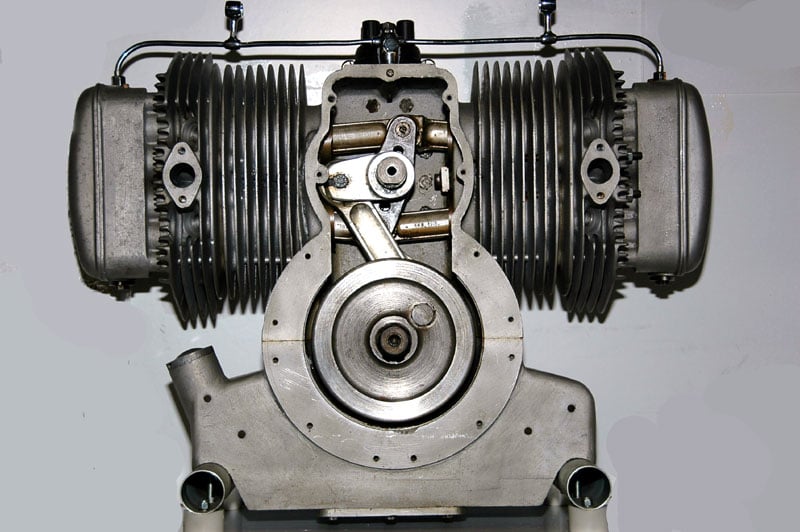