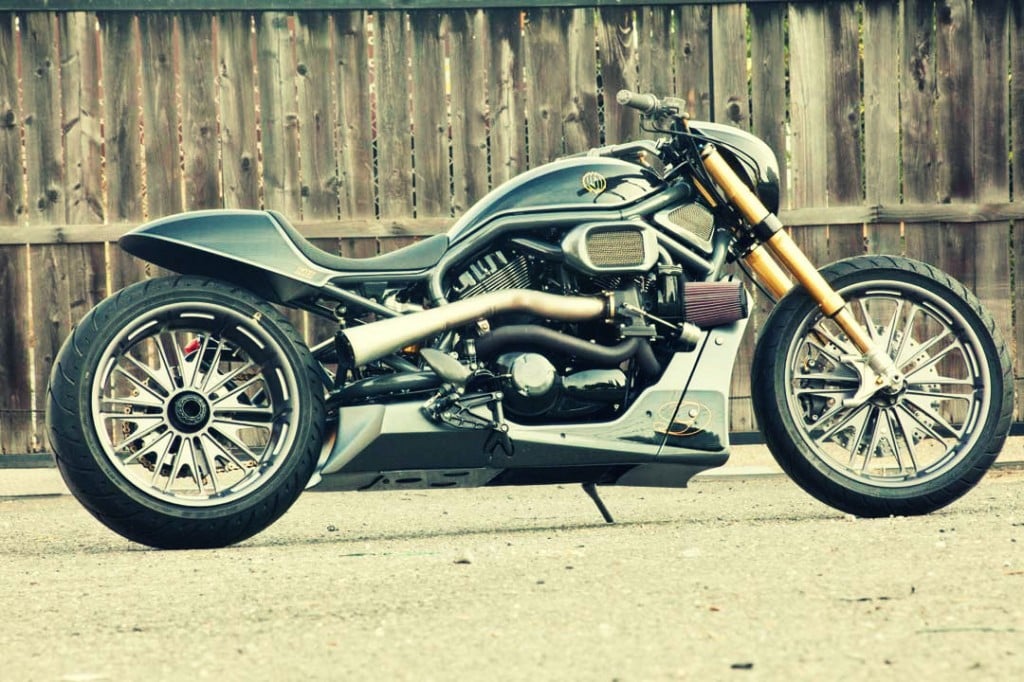 I love seeing people build Harley-Davidsons like this. See there was a time, many years ago, when Harley-Davidson was famous for building the fastest motorcycles in America. Something happened between then and now, leaving us where we currently stand, with Harley-Davidson (by and large) making fat cruisers for fat bruisers.

This Harley, built by Roland Sands Design, is an extreme performance version of the VRod. They bolted on a Trask Turbo which boosted total power output to 160hp, they combined the turbo with a Zipper’s Performance auto-tune computer to ensure it all works like it should and then they set to work on the body. 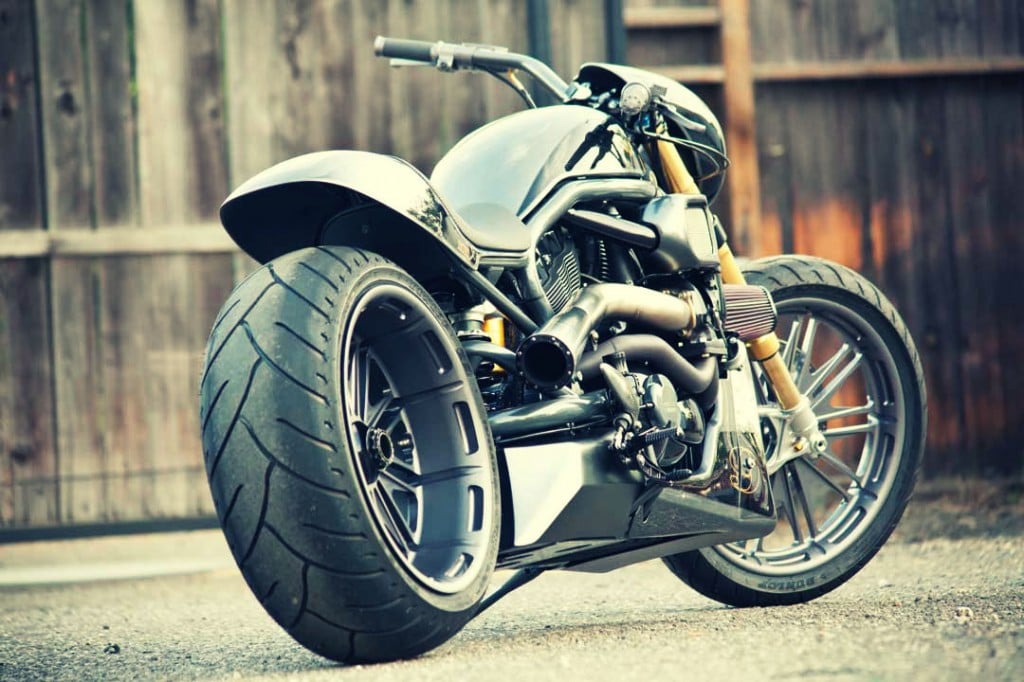 The swing arm was removed and replaced with a custom single-sided swing arm unit, Ohlins Road & Track forks were added and a TTX shock absorber was added at the rear. The gauges were replaced with an iPhone running both the official RSD app (free) and the GaugeFace app (free, but requires a Harley-Davidson motorcycle to work). The iPhone gauge is a great idea, it’ll become quite commonplace (I think) once we have access to better waterproof mounts.

The body work was replaced with a combination of both aluminium and carbon fibre, the fuel was moved to under the engine to lower the centre of gravity and apparently, the VRod is just as comfortable on the drag strip as on the Sunset Strip. I don’t doubt that for a second. 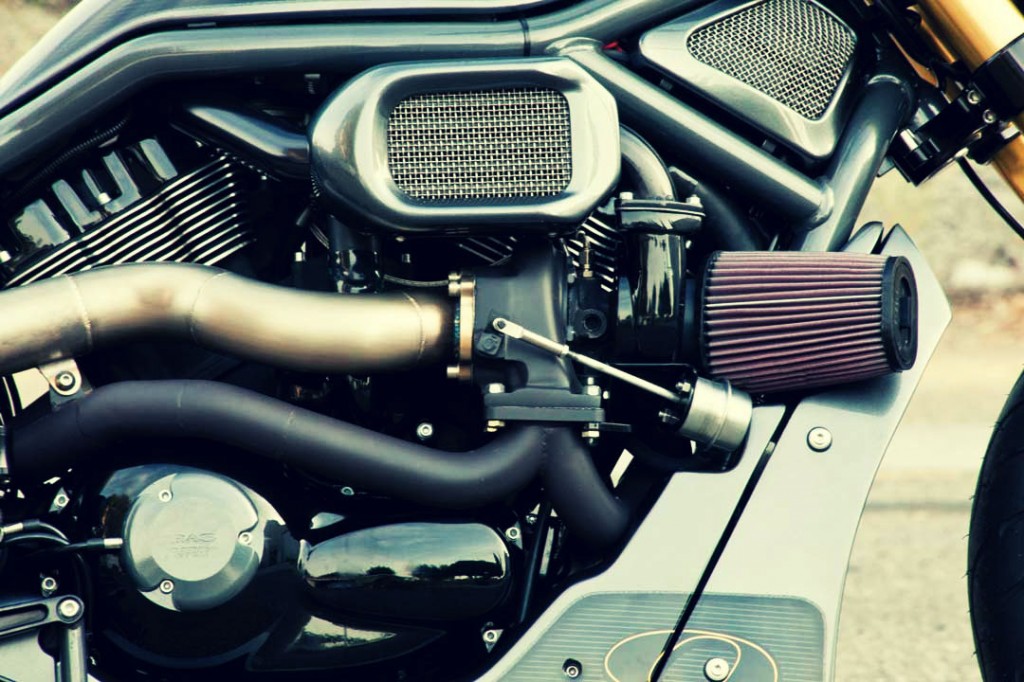 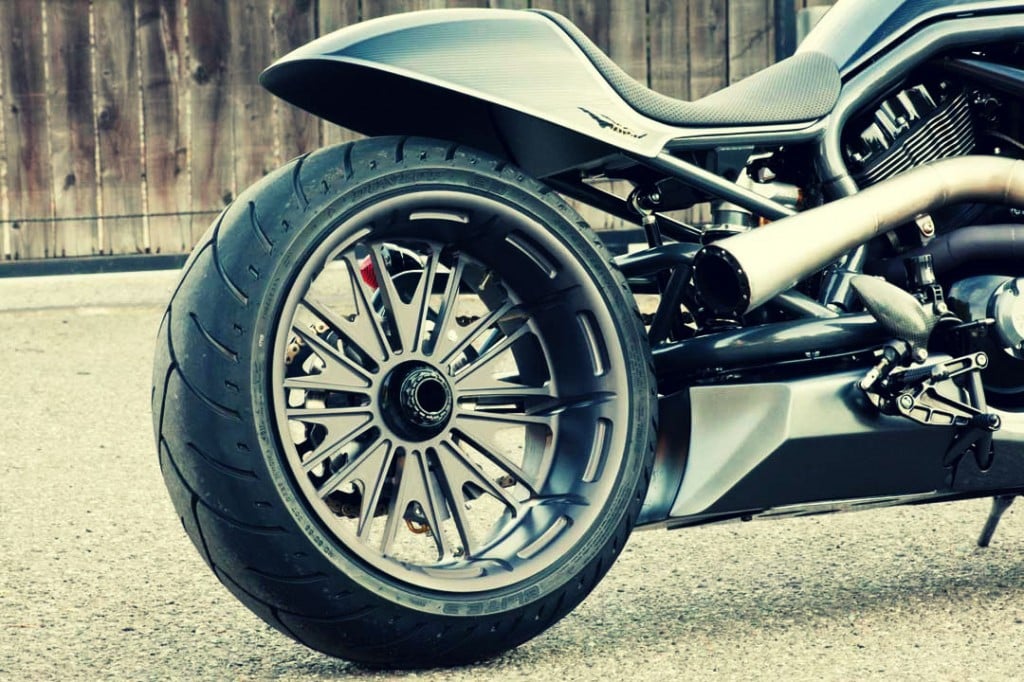 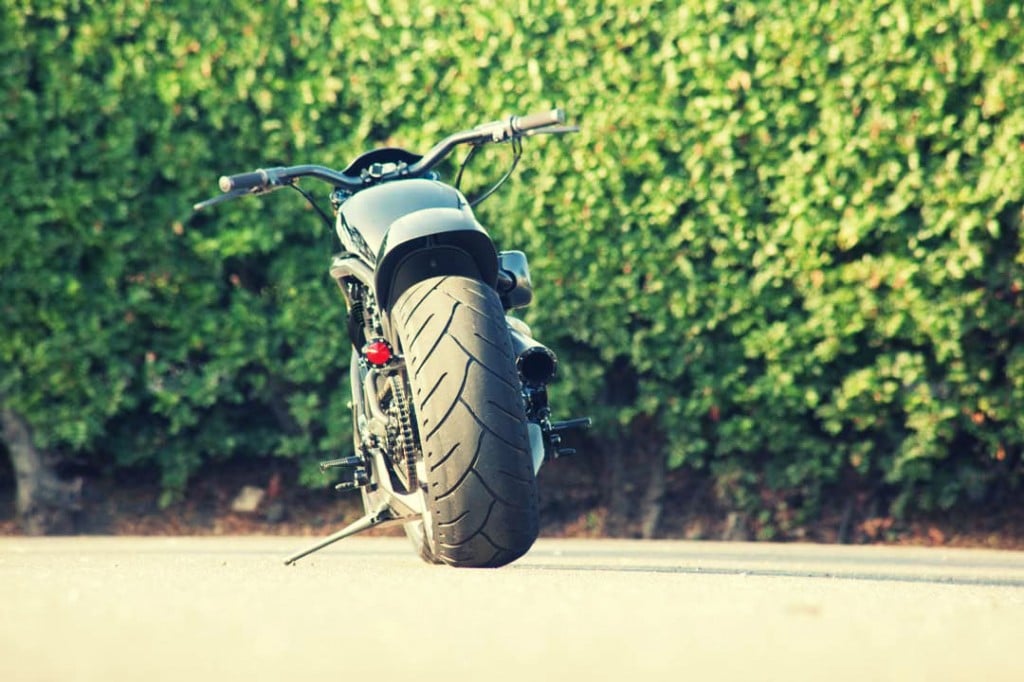 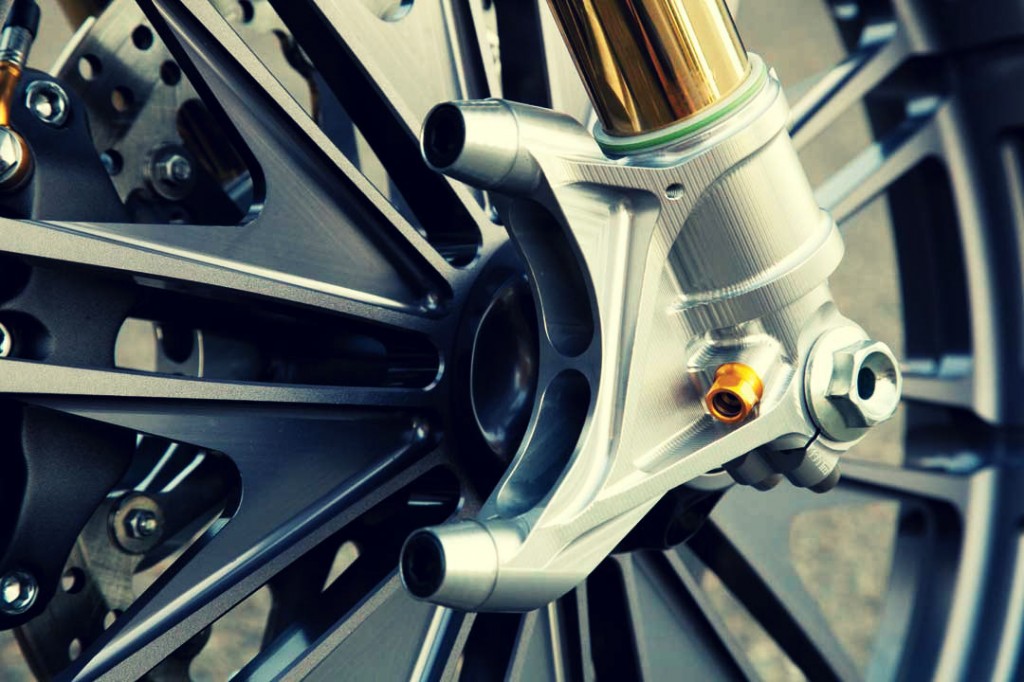 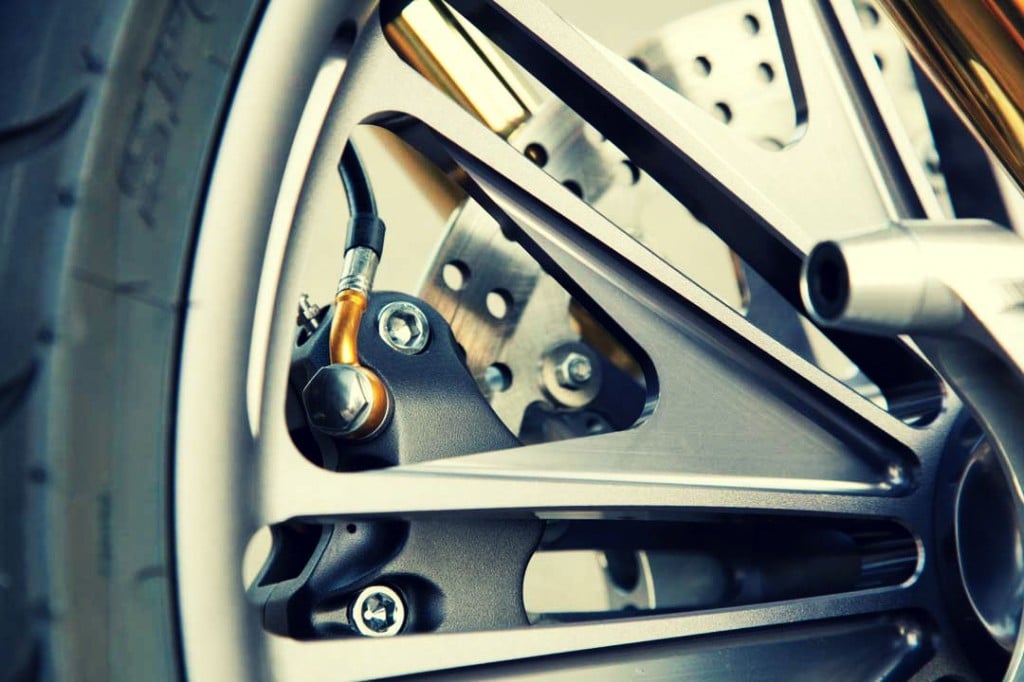 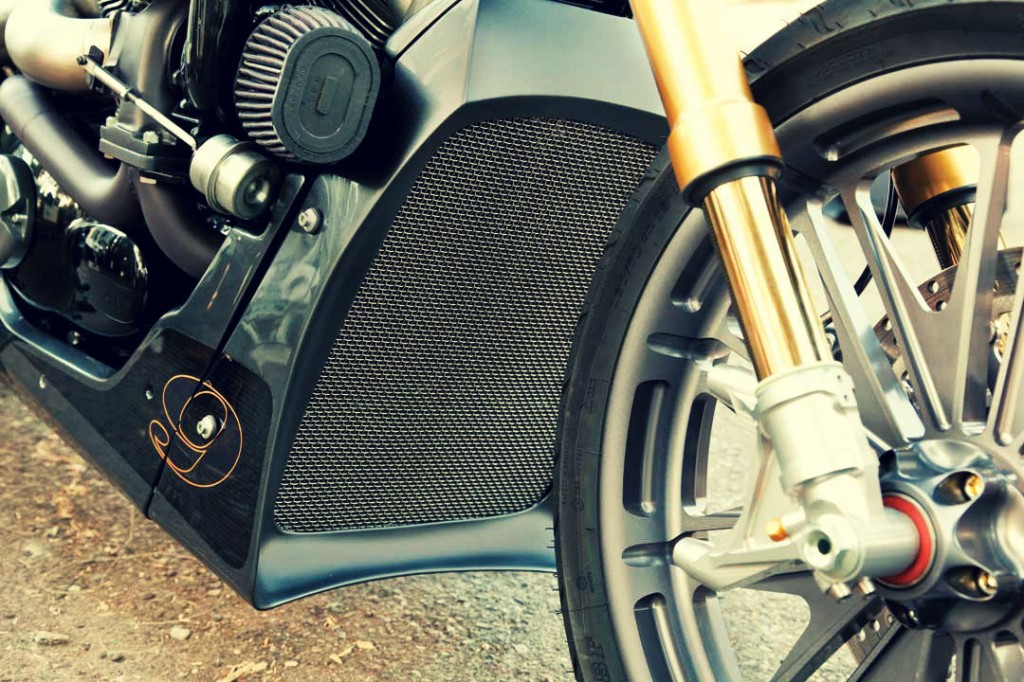 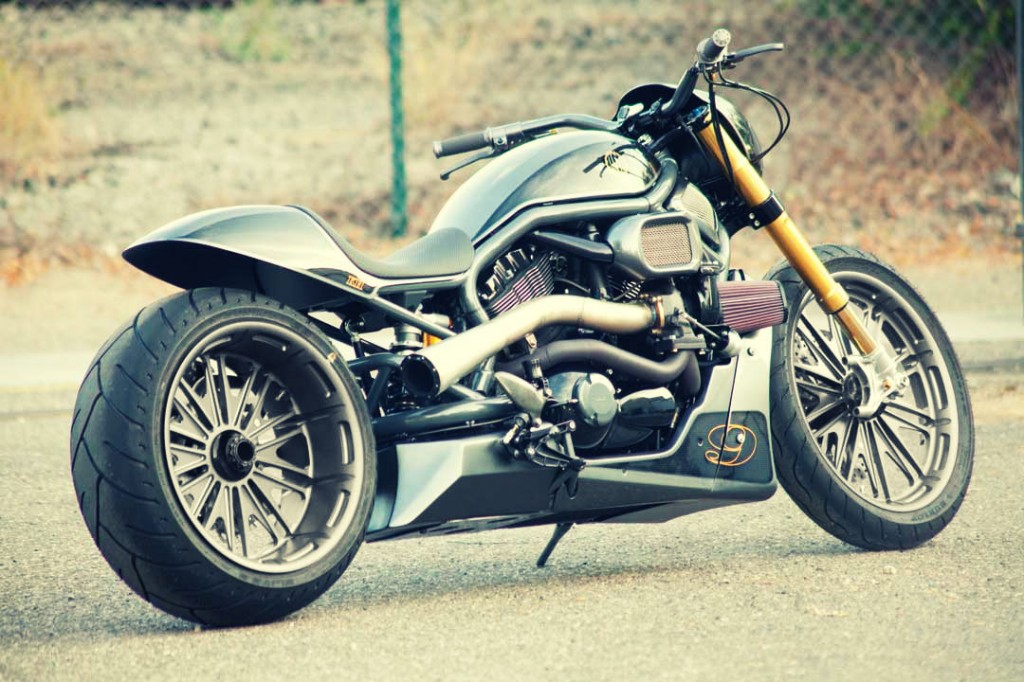 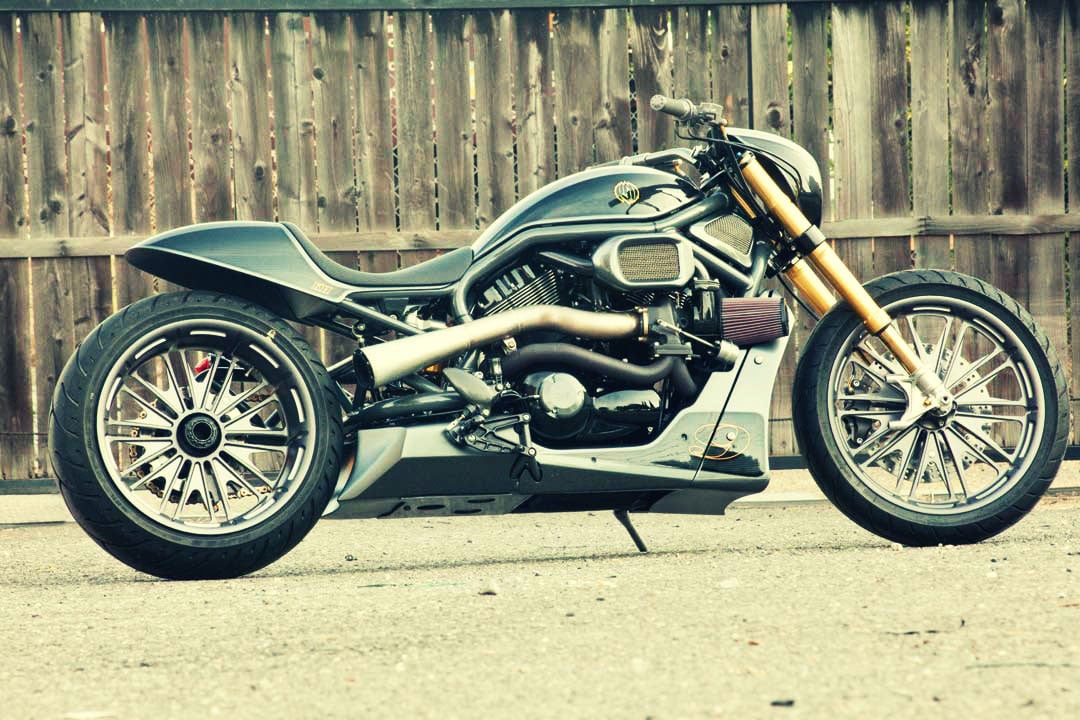