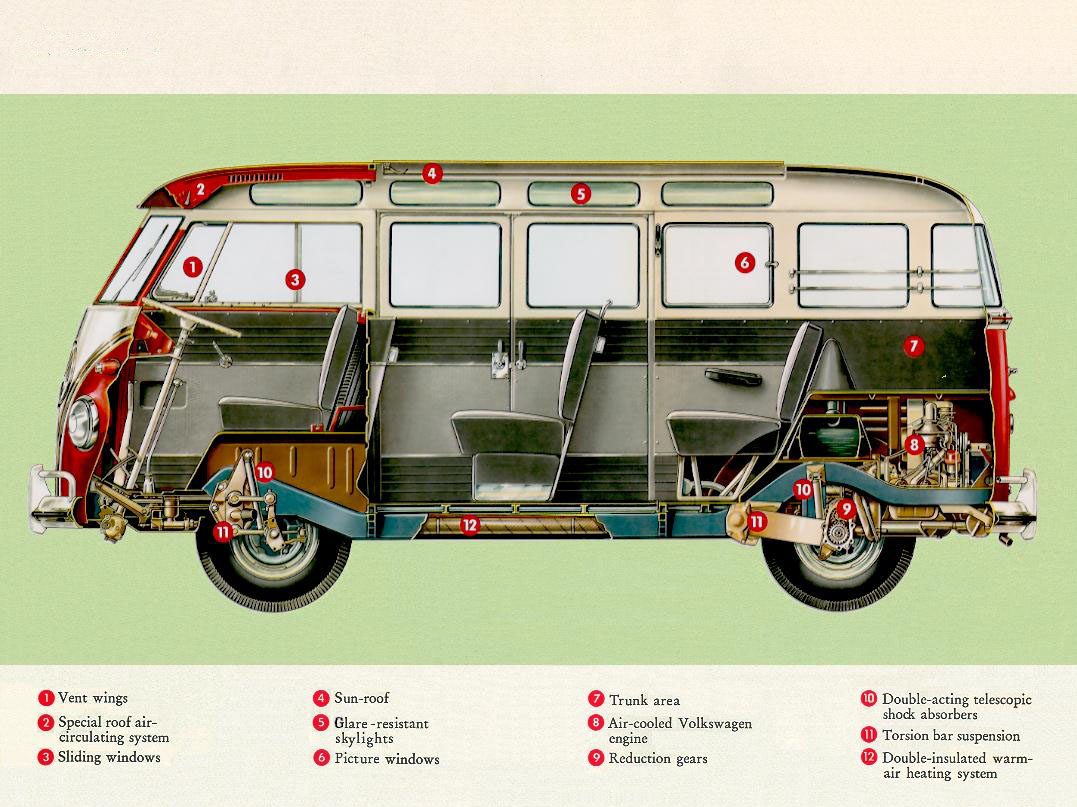 The Volkswagen Type 2, more commonly known as the “Kombi Van”, was first introduced by VW in 1950. The Type 1, better known as the “Beetle” was used as the chassis with some essential strengthening taking place to support the additional weight, the original prototypes had horrifically bad aerodynamics (0.75 DC) and so the Germans set about revising the design in the wind tunnel at the Technical University of Braunschweig.

After months of experimentation a new “split-window” prototype was tested, the new v-shape in the windshield and roofline gave the Type 2 better aerodynamics than the Type 1 (0.44 DC vs 0.48 DC), a remarkable feat considering the vastly different look of the 2 cars.

The Type-2 split window Kombi Van is prized above all others in the present day, with good examples selling for upwards of $20,000 USD and entire online societies dedicated to caring for them.

Click the image above for the full sized version. 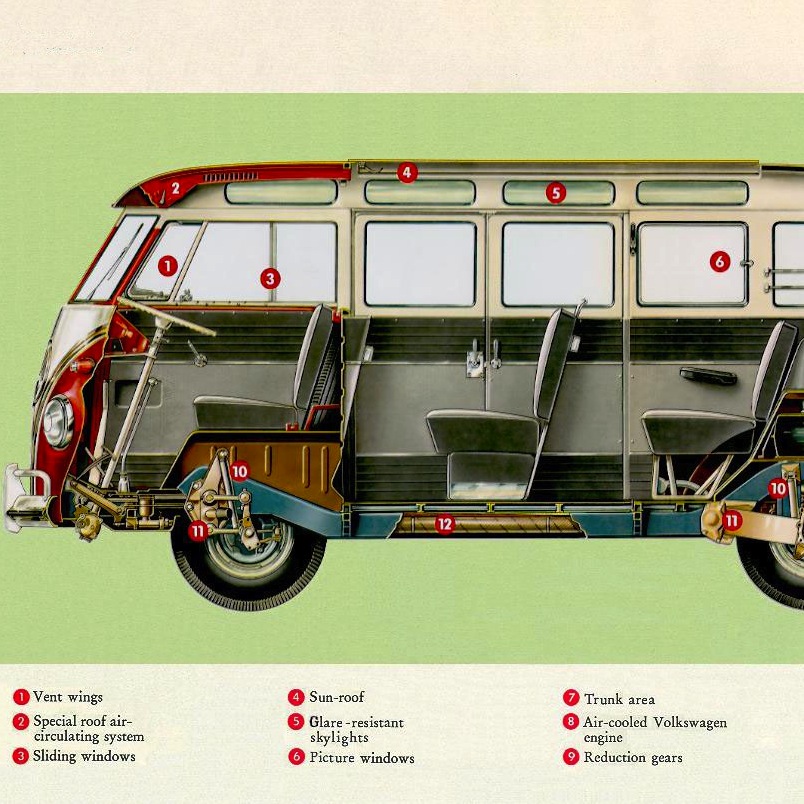