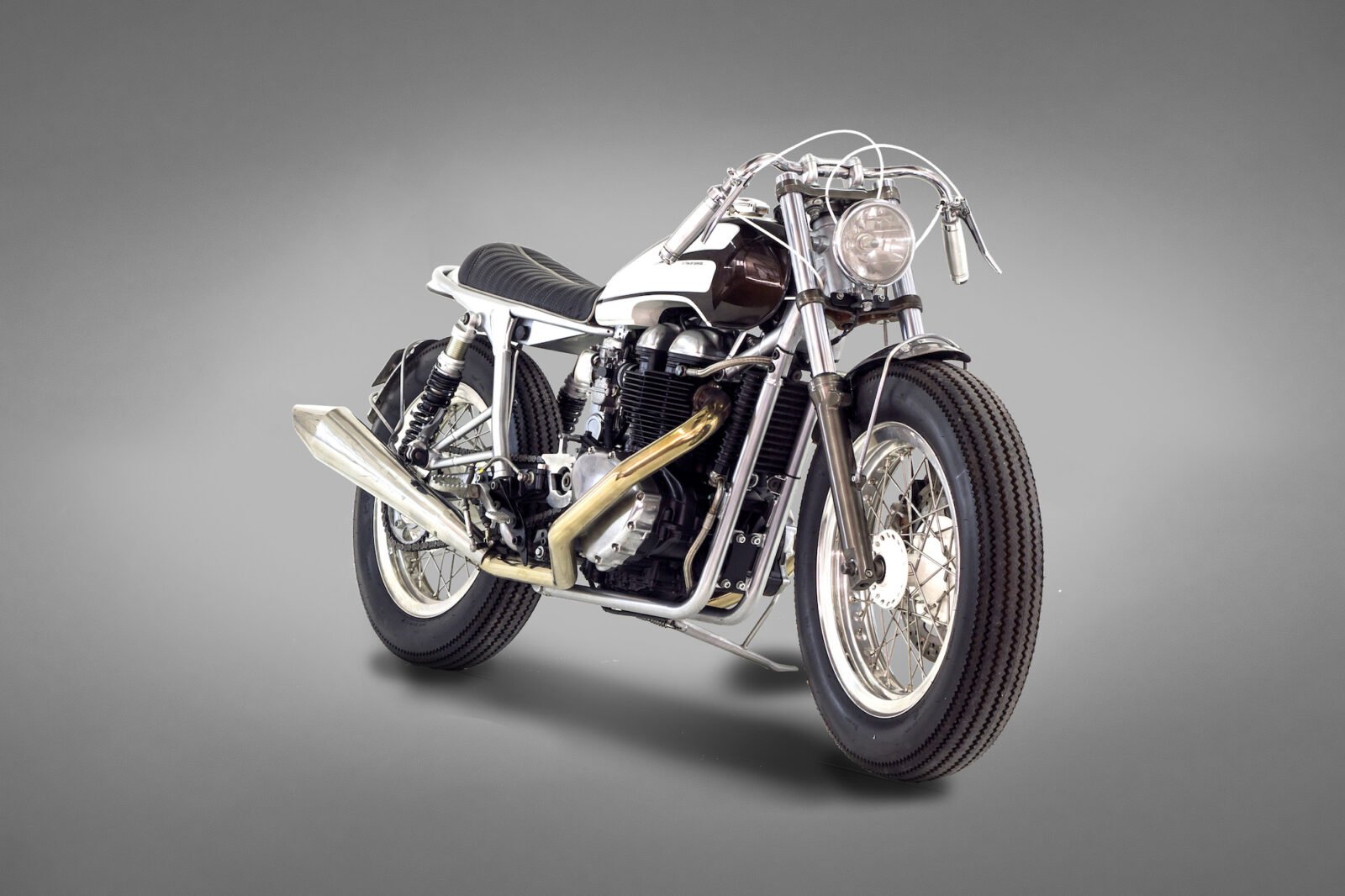 Ton-Up Garage is a Portuguese garage that has produced some of the most aesthetically well-designed customs you’ll find anywhere. Proprietors Daniel and Pedro are a friendly pair with a taste for adventure, and a deep love of classic Californian hot rod culture.

This Triumph was built by the pair as a hat tip to the cars and motorcycles that cruised Venice Beach in the ’50s and ’60s – right down to the Firestone Champion Deluxe tires. The build started as a stock Bonneville – the earlier carburettor version that pre-dates the more modern EFI-equipped bike. Custom bike builders often prefer the carburettor model because tuning is simpler – and it lacks the large in-tank fuel pump that makes modifying or swapping out the fuel tank exceedingly difficult.

The build began with a partial teardown and the rear frame loop was cropped, the centre section was then cleaned up by removing the battery and airbox, with the battery and electronics moving to a discrete underseat box.

A new fuel tank was built with a cut out section for the cam cover, and a new seat was fabricated in-house and finished with black leather upholstery. Front and rear fenders aren’t optional in Europe, so Ton-Up fabricated a pair of aluminium units that fit the design well and don’t detract from the overall look.

A bespoke exhaust with bespoke mufflers was fitted, as well as matching white velocity stacks with carburettors rejetted to match. A Motogadget Tiny speedo has been installed above the 5 3/4” headlight, and Motogadget M-Blaze indicators were fitted in keeping with the minimalist theme.

To improve handling, a pair of Öhlins shocks were bolted on to the rear, and the original fork springs were replaced with a matching set from Öhlins – an addition that makes a big difference to the way the Bonneville behaves.

The completed bike is a beautiful and slightly unusual Triumph custom, and Top-Up currently have it listed for sale on their website. If you’d like to see more of it or enquire after buying it you can click here to visit the official website. 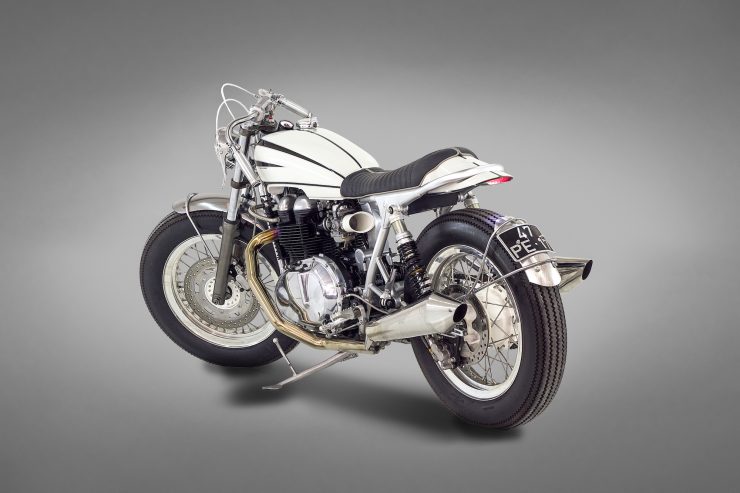 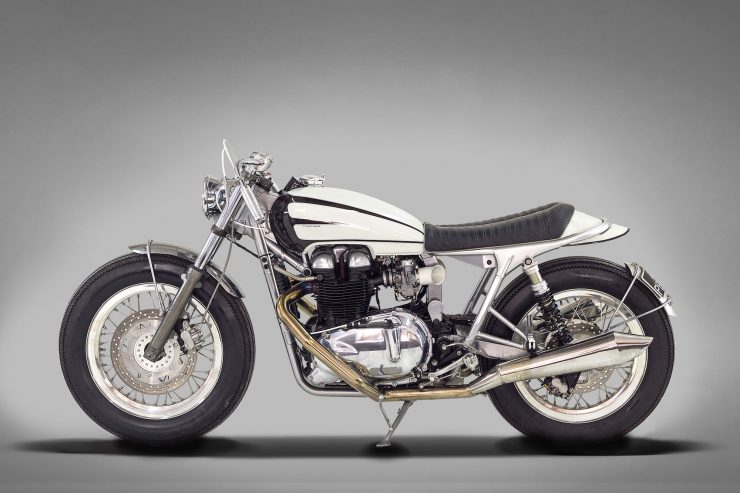 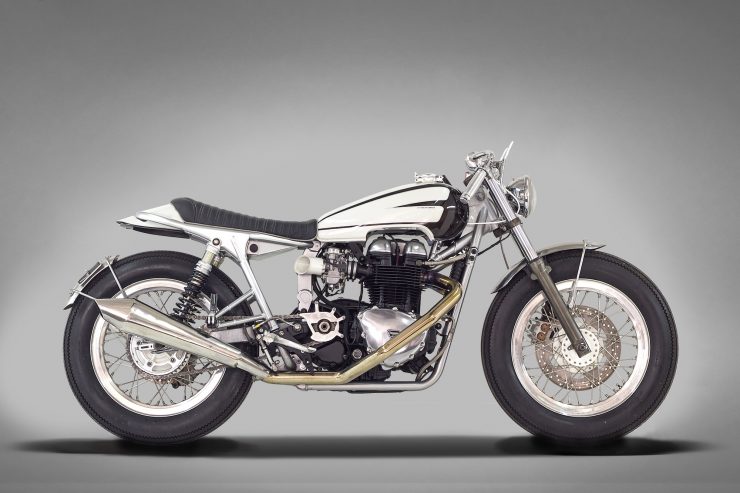 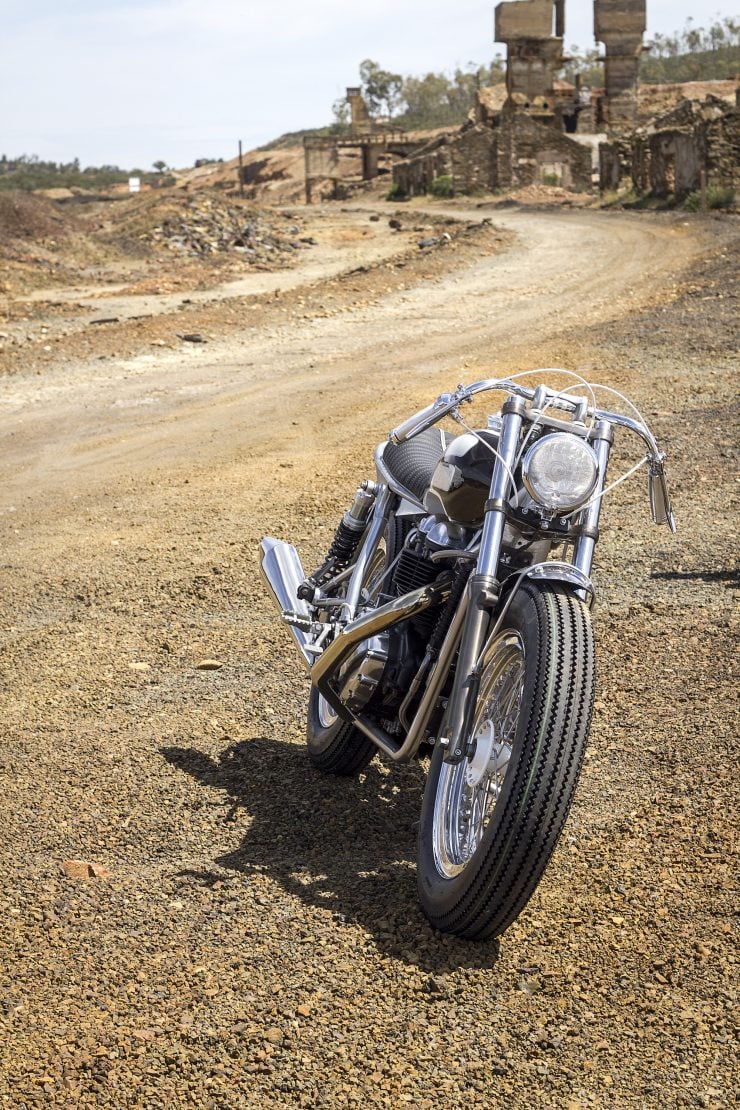 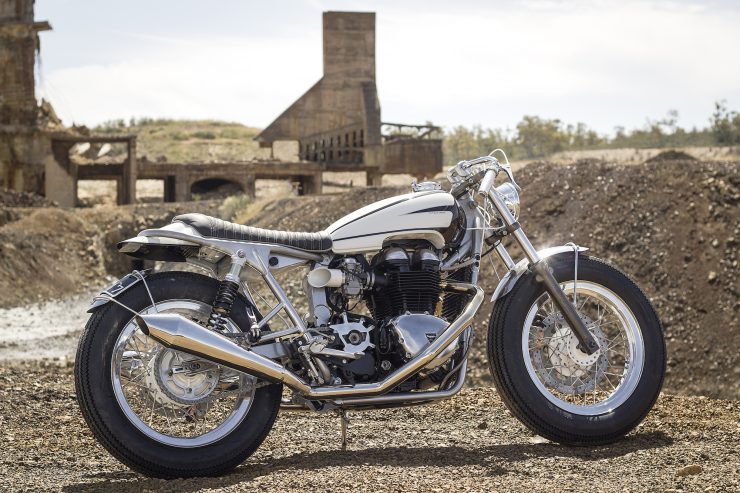 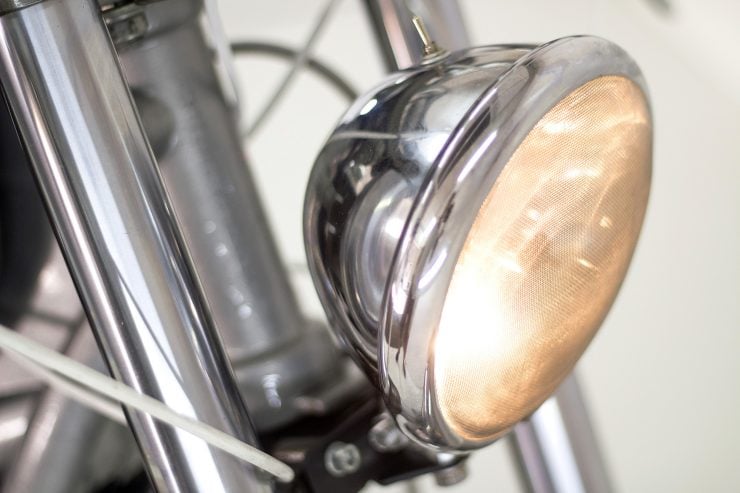 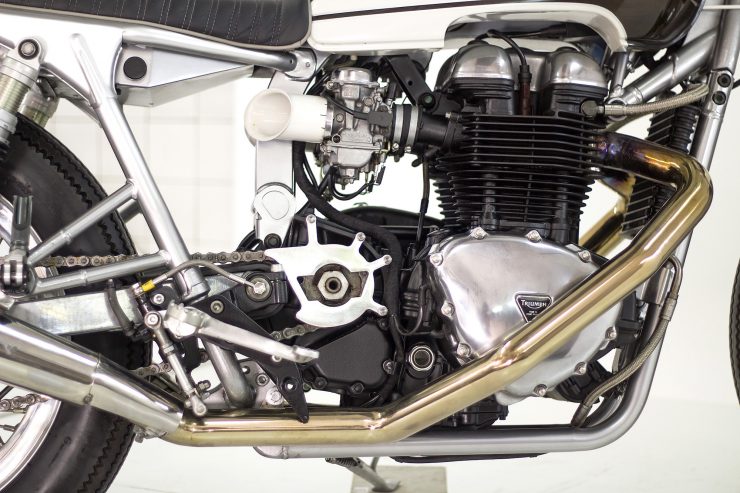 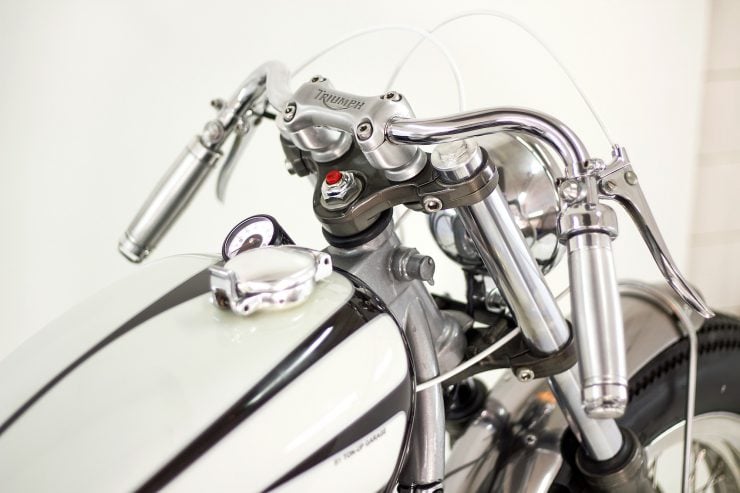 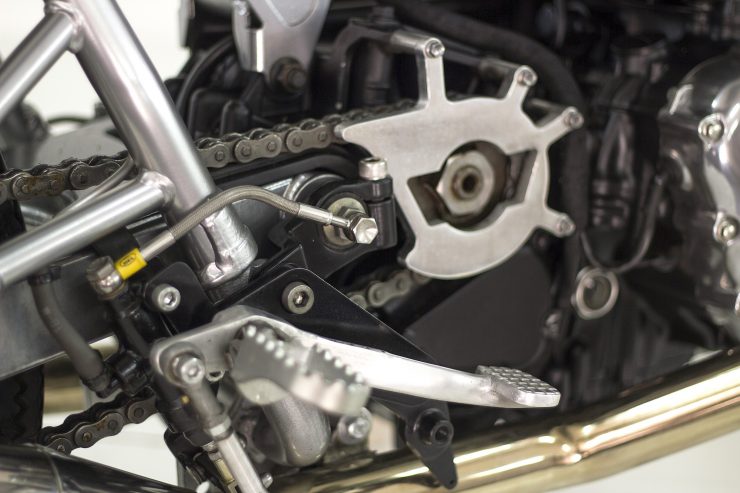 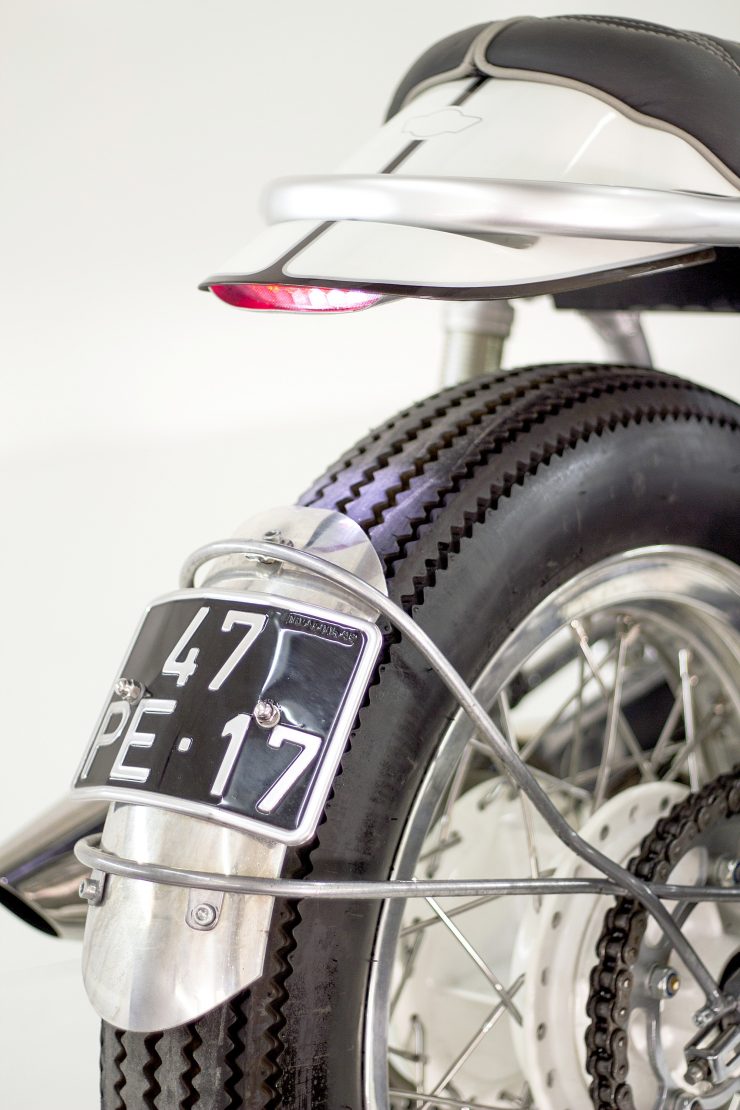 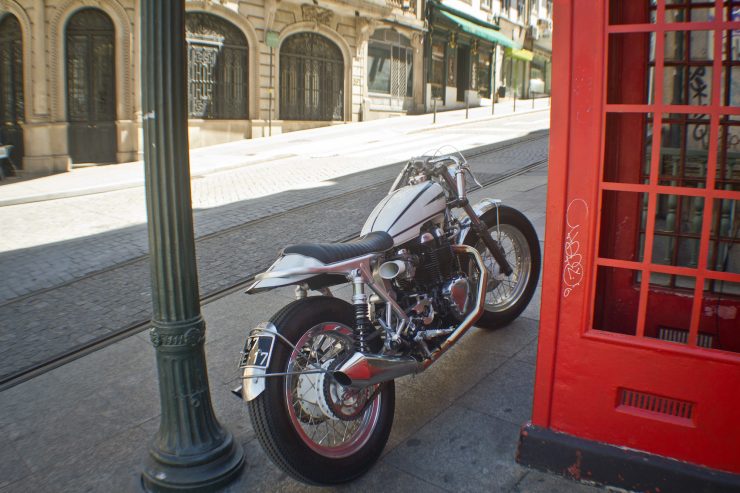 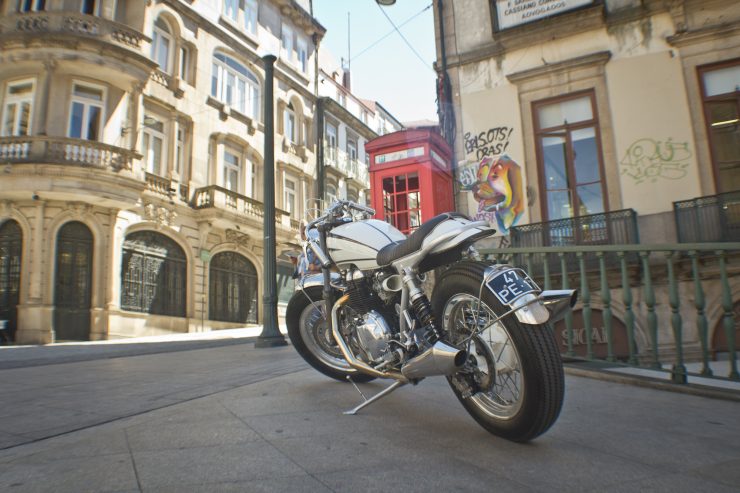 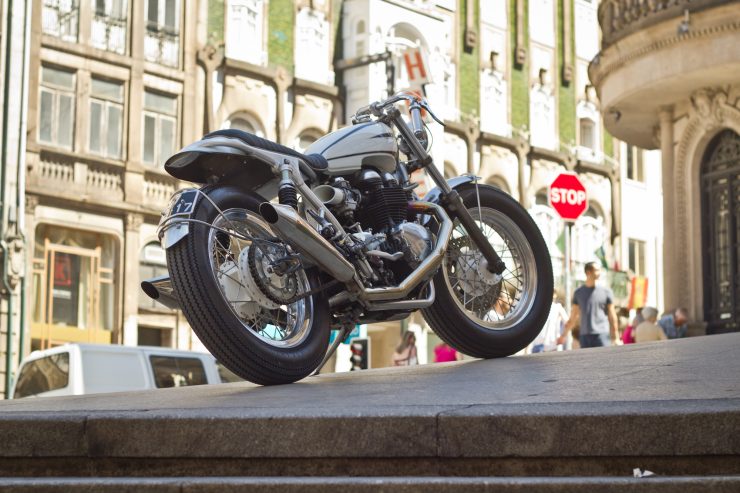 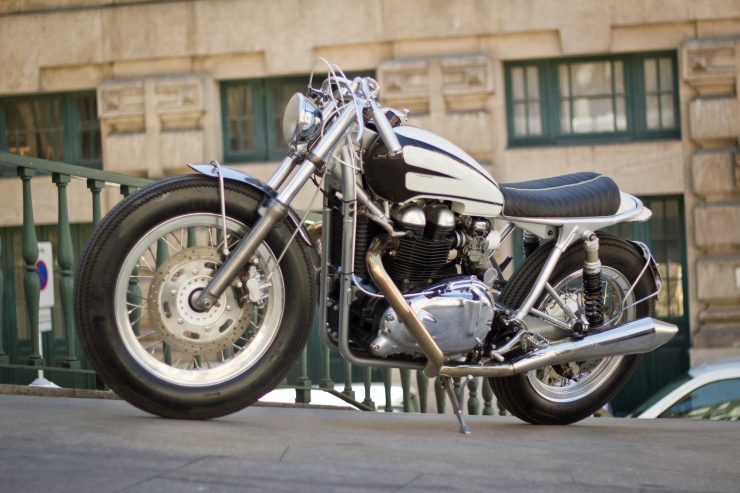 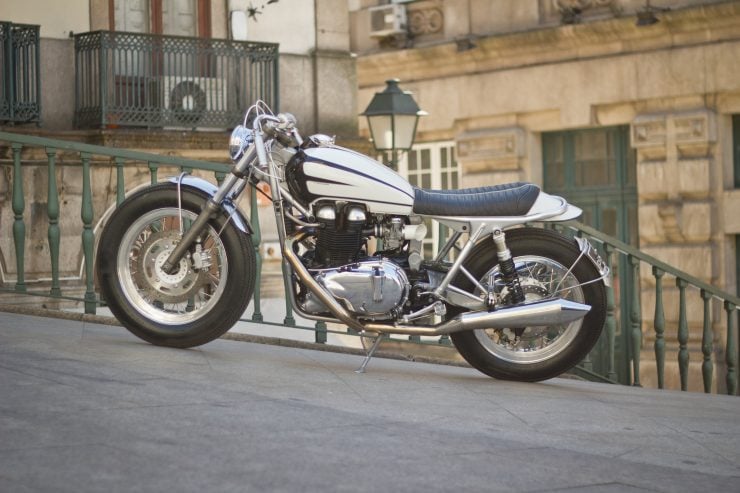 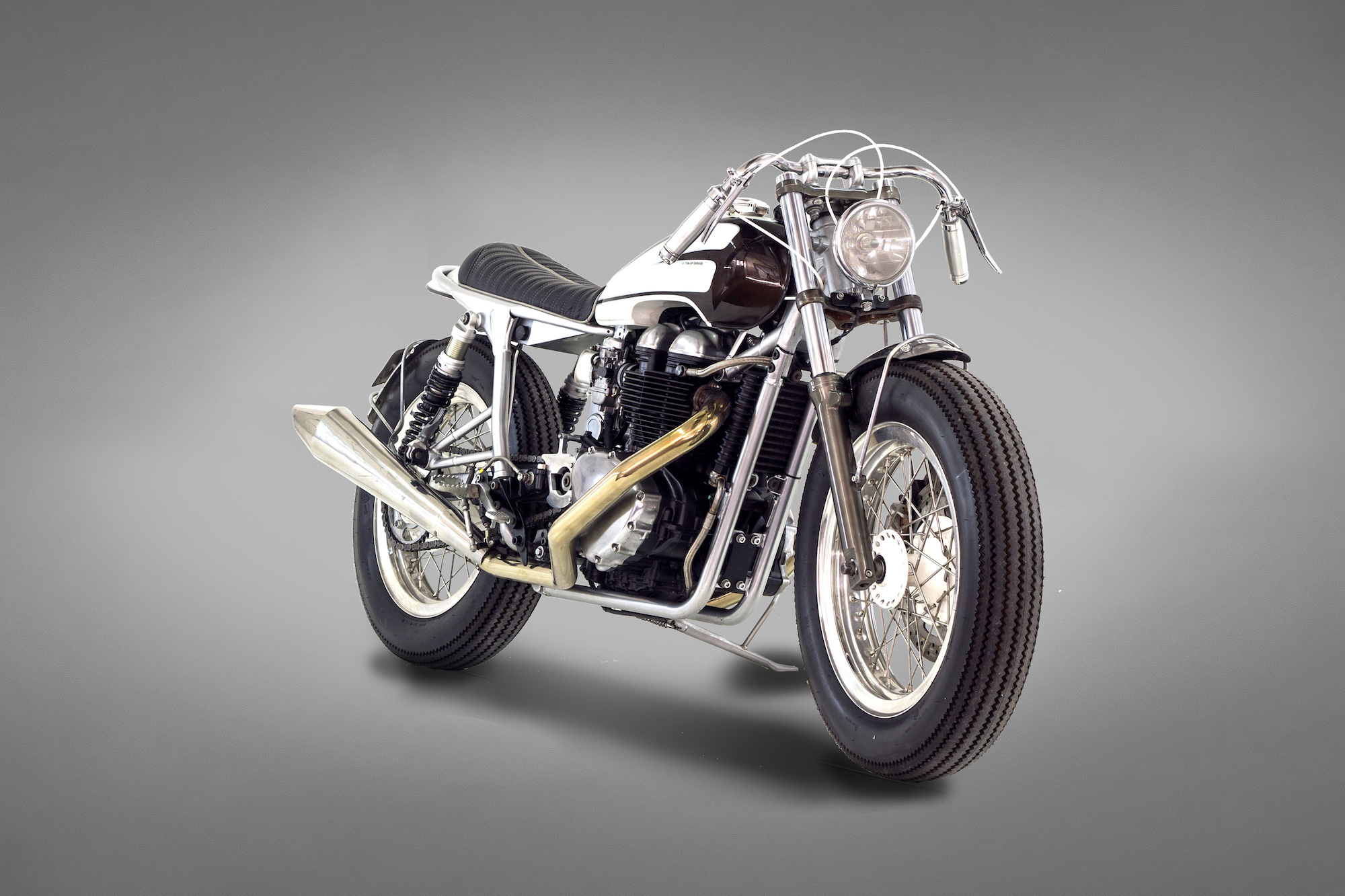