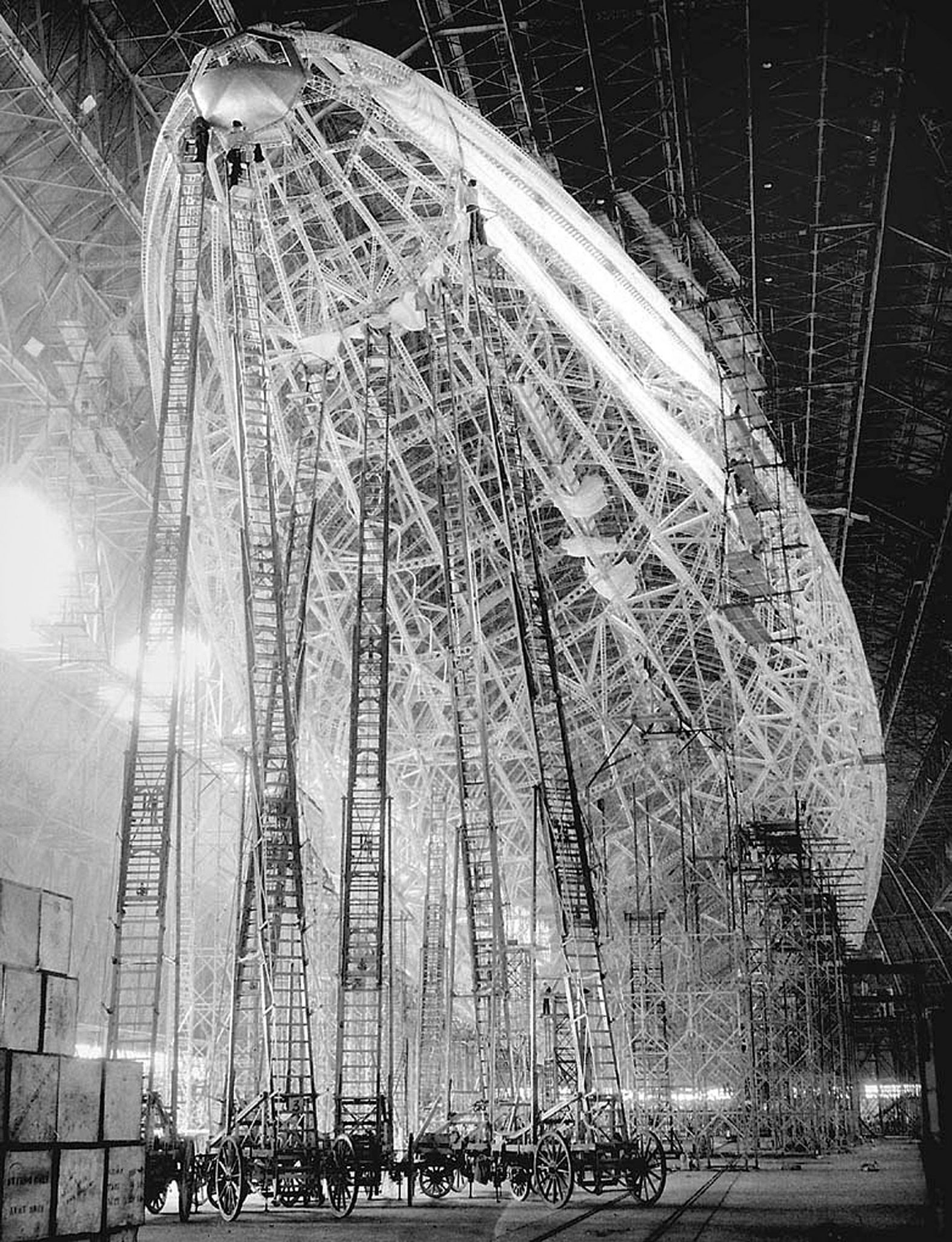 This photograph of the USS Akron under construction is breathtaking, the really captivating element of the picture has to be the men standing at the very tops of those extraordinary ladders attached to what look like horsedrawn carts.

Sadly the USS Akron didn’t have a long or happy life in service, she was lost in a weather related accident off the New Jersey coast early on April the 4th 1933, killing 73 of the 76 crew members and passengers on board.