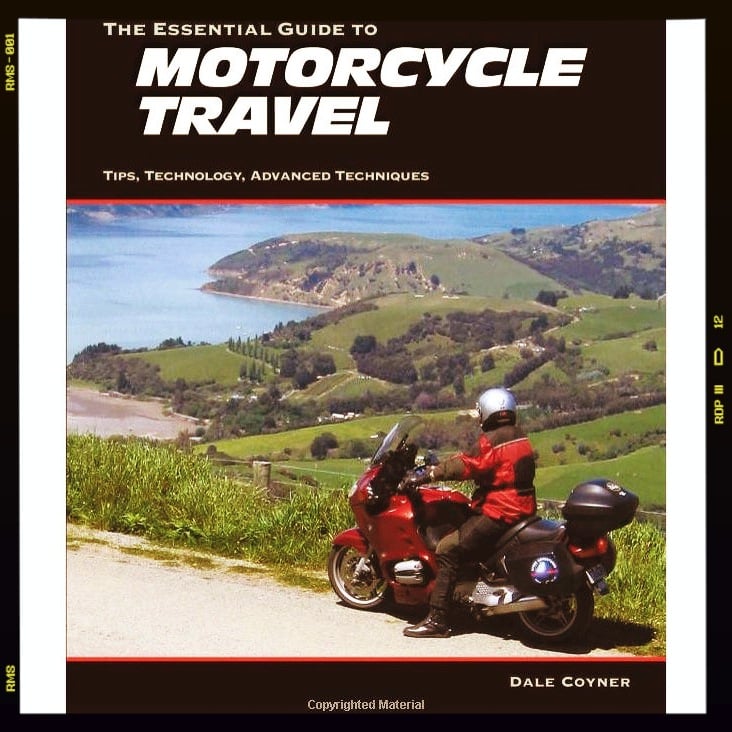 The Essential Guide to Motorcycle Travel is a highly acclaimed motorcycle touring guide book by Dale Coyner, it comes widely recommended and I’d strongly suggest grabbing a copy if you have any plans to spend some of your summer going cross country on two wheels.

The book is divided into four main sections:

Section 1: Planning Your Trip
Section 2: Preparing Yourself
Section 3: Outfitting Your Bike
Section 4: On The Road

Each section covers everything you need to know to avoid making rookie mistakes and the book is written in an approachable, engaging style. You can grab a paperback edition of the book for somewhere in the region of $25 USD, making it a cheap investment if you’d like to ensure that your trip isn’t a disaster.

This book is written to help motorcyclists prepare themselves and their motorcycles for traveling long distances over extended periods. Whether you are getting ready for a weekend trip beyond your home turf or for a transcontinental odyssey lasting several years, Coyner’s book details the fundamentals for riding in comfort, safety, and convenience. In three major sections, the book covers trip planning, rider preparation, and outfitting the motorcycle. An appropriate level of planning for a long motorcycle trip can help maximize enjoyment and minimize irritating annoyances on the road. Coyner lays out the steps for planning a worry-free, fun trip. Over 250 full-color photographs illustrate riding gear, accessories, and modifications that will make any motorcycle adventure the trip of a lifetime.