The Coolest Woman Ever 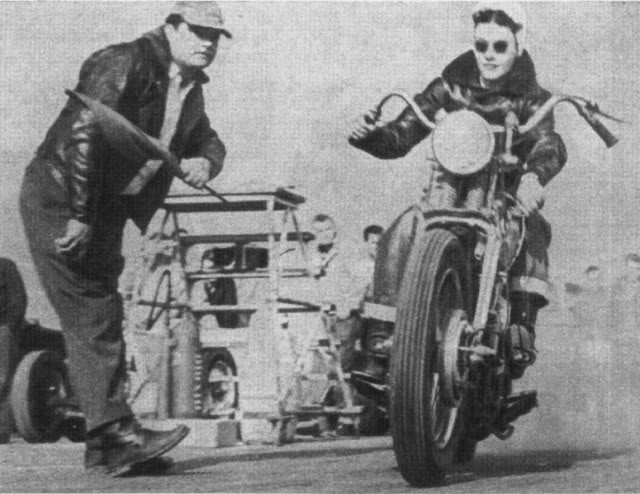 We’ve hunted around for the story behind this image to no avail. She is clearly drifting a heavy bike across dirt with one hand whilst wearing a bandana and a pair of shades, making her the coolest woman in the history of the known universe.

If you know the story behind the image, shoot us an email.