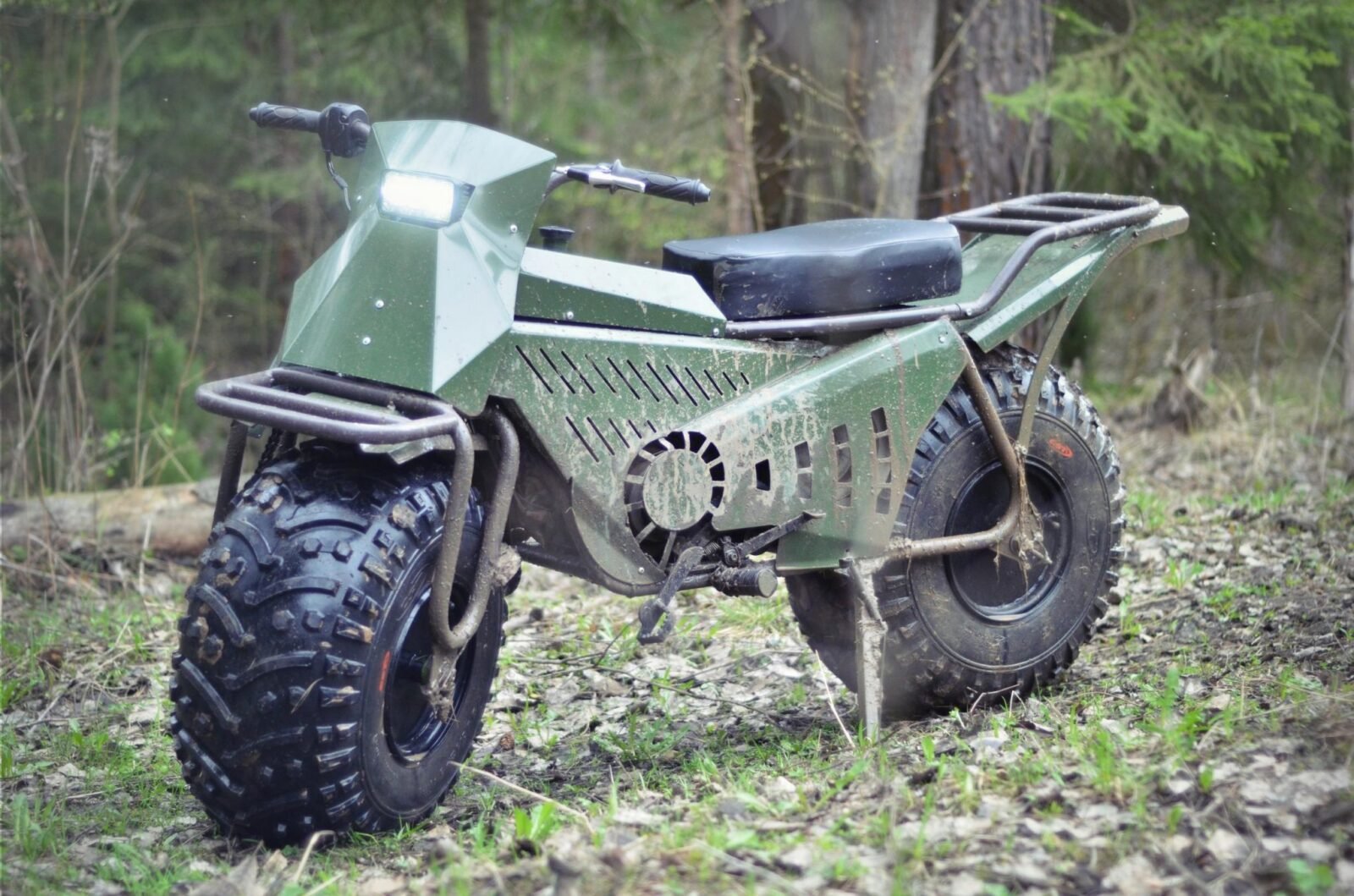 The Taurus is a 2×2 adventure motorcycle that can be disassembled and loaded into a trunk or truck tray in 5 minutes, the reassembled and used to cross just about any terrain you can think of.

At its heart the Taurus is powered by a reliable-as-gravity Honda GX-210 four-stroke engine with a 210cc capacity and 7 hp. This engine is bolted to a 2-speed transmission, and it has both a manual start and an optional electric start. Whilst 7 hp might not sound like a lot, the Taurus only weighs in at 89 kilograms (196 lbs) and it has a top speed of 35 km/h (22 mph) – it’s designed to cross terrain that would make speeds any faster than that unfeasible or impossible.

Due to its large balloon tires, the Taurus doesn’t need suspension, and the flotation capabilities of the tires also mean that river crossings are as simple as walking across the rover with the bike floating next to you.

The two-wheel drive mechanism uses a chain drive at each wheel to provide both pulling and pushing forces to keep you moving regardless of which tire has traction. When ordering the Taurus 2×2 the buyer can specify whether they want a headlight, electric starter, and battery – doing so adds a total of 4 kilograms to the total weight, which is negligible but some may prefer a simpler electrical system for the sake of reliability.

The company behind the Taurus 2×2 has almost certainly taken some influence from the American company Rokon with their famous 2×2 bikes, but they’ve injected more than enough originality into their design to make it a serious competitor.

Initially the Taurus will only be selling in Russia, but they will be shipping worldwide eventually. If you’d like to read more about this bike, enquire after it, or beg them to sell you one, you can click here to visit their official website (available in both Russian and English). 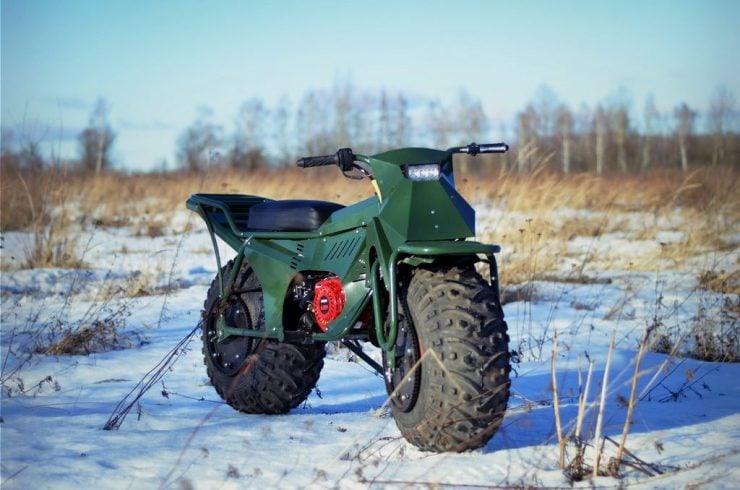 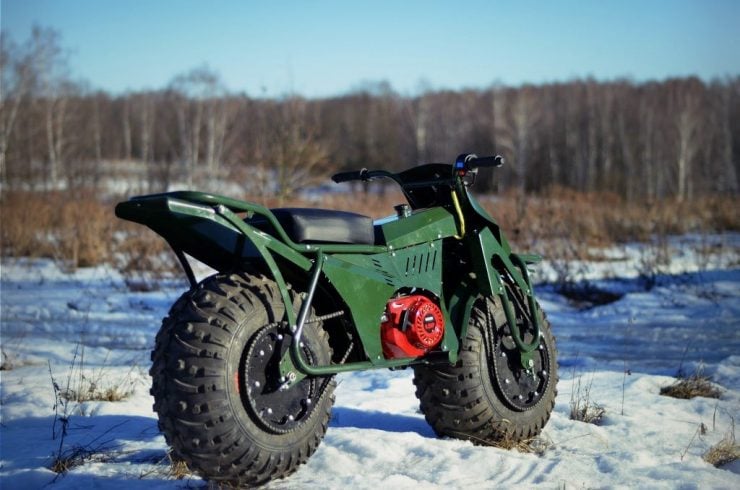 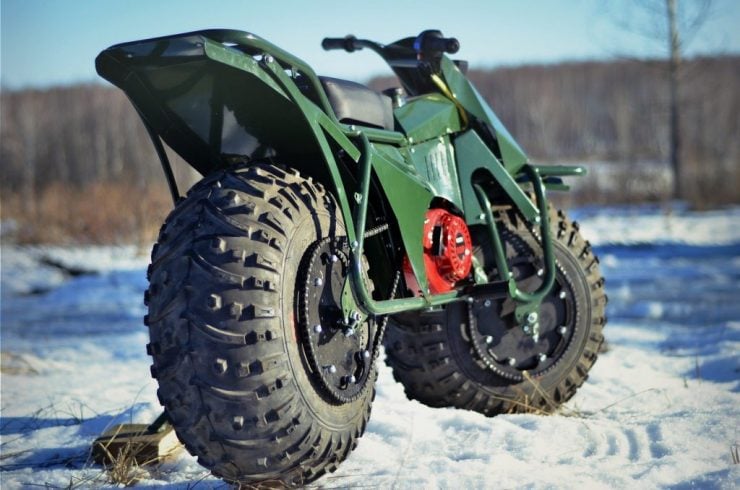 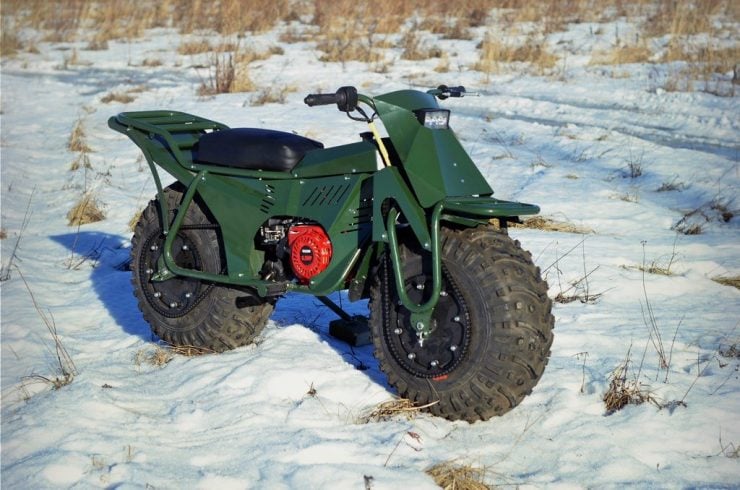 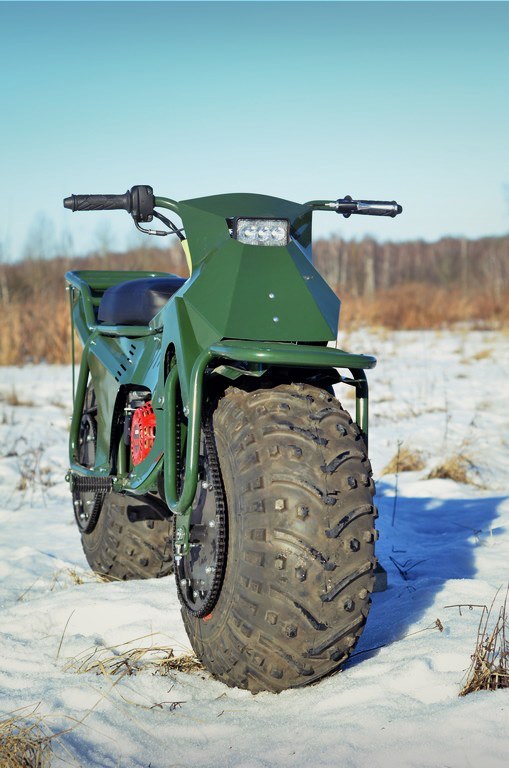 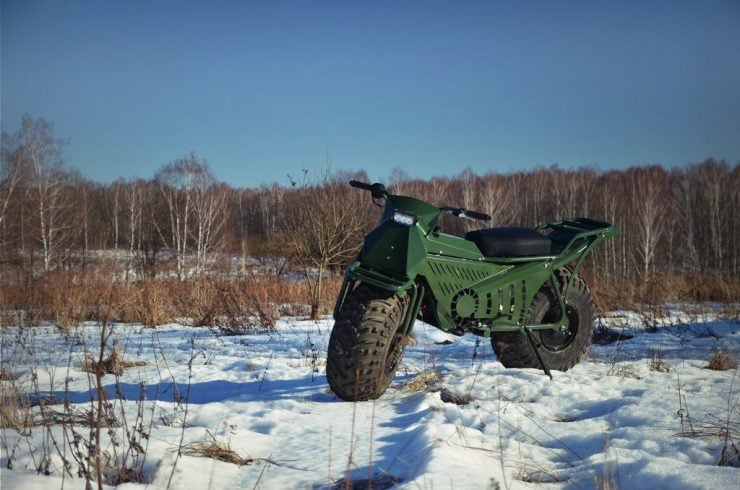 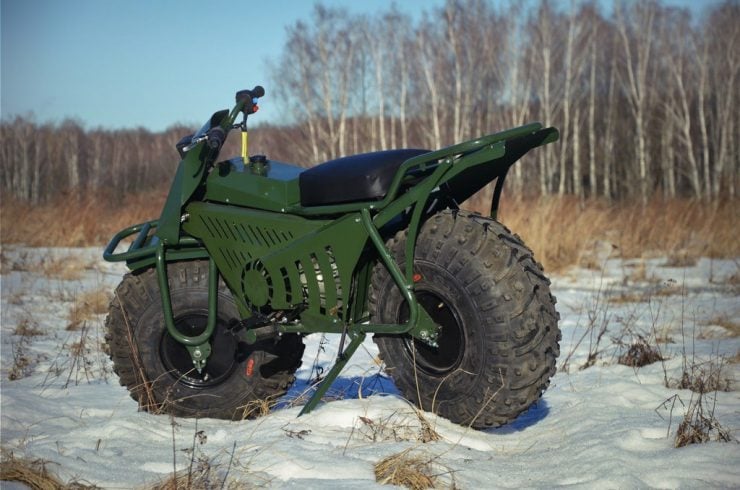 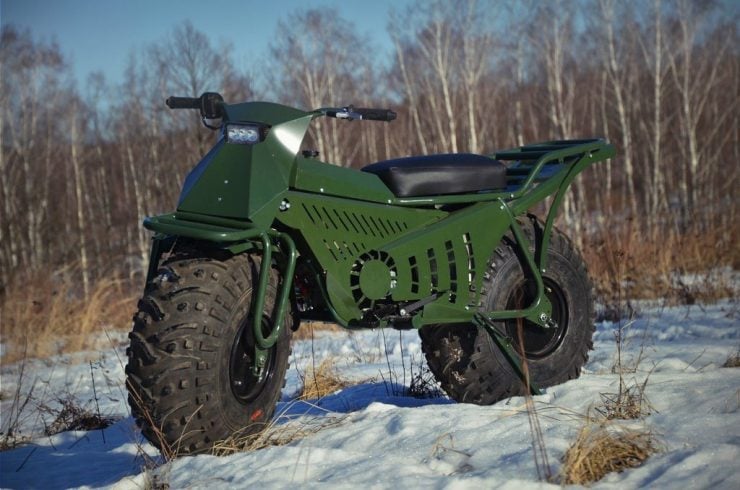 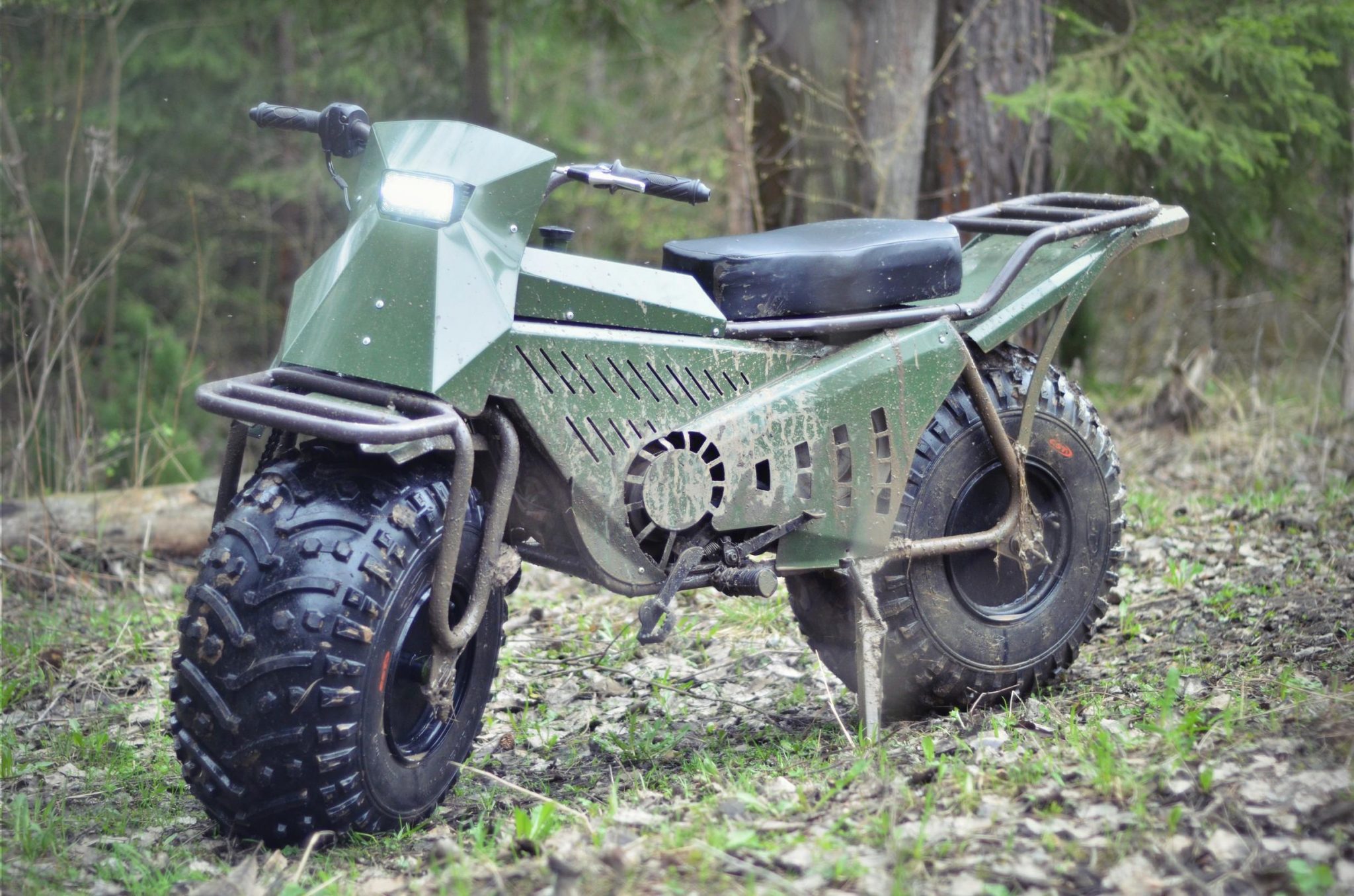