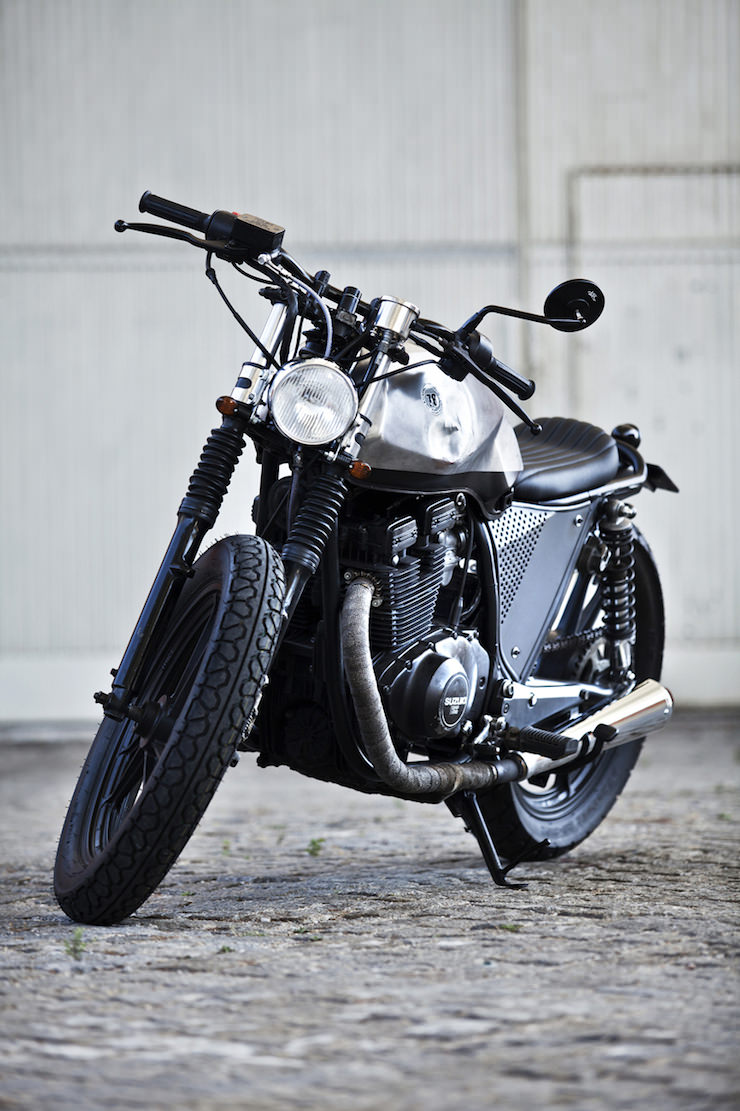 It isn’t everyday we get to feature the first bike from a new custom motorcycle garage, fortunately for us, today is just such a day. Portuguese born architect Nuno Capêlo is launching Capêlo’s Garage with the reveal of this bike, it’ll be a garage/studio with a focus on motorcycles and illustration, Nuno’s two great passions.

You might have seen some of Nuno’s work before, he regularly posts concept motorcycle sketches on the popular Portuguese language Cafe Racer 351 forums, his work has been so well received that he now has his own Facebook Page with almost 1,000 followers.

As this is his first build, Nuno took his time with it. He pulled the bike apart to it’s bare essentials and threw away any plastic before slowly rebuilding the bike one part at a time. The hours he spent sketching motorcycle designs allowed him to conceptualise ideas fully before implementing them, this resulted in a completed bike that has a well-balanced and well thought out look about it. 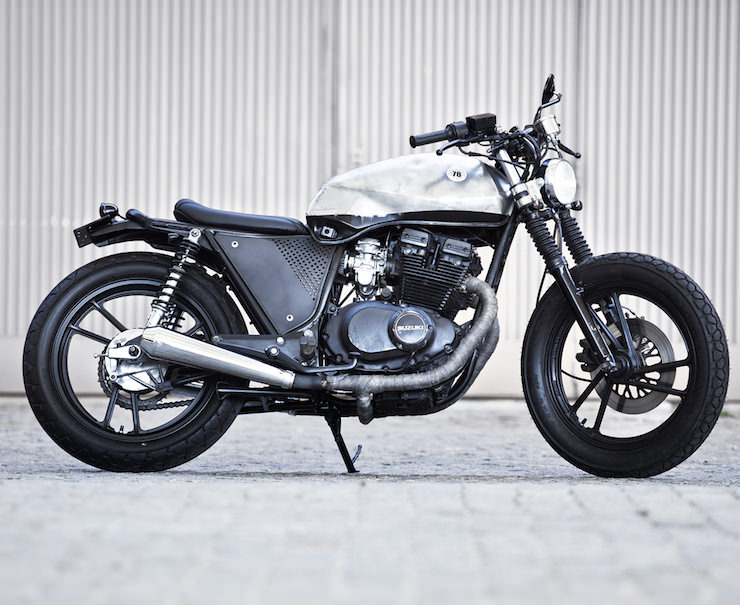 Perhaps the biggest decision Nuno made was the choice to strip the paint off the fuel tank and leave it in bare-steel. Once he stripped the paint and cleared the filler he came across a series of dents, rather than break out the putty he decided to leave it as is as a testament to the bike’s history.

The bike, now dubbed “Dented Brat”, can be seen hammering around the streets of Oporto in Portugal living the kind of life that all old motorcycles deserve. If you’d like to see more from Nuno, you can click here to visit his Facebook Pag and stay up to date with his future projects. 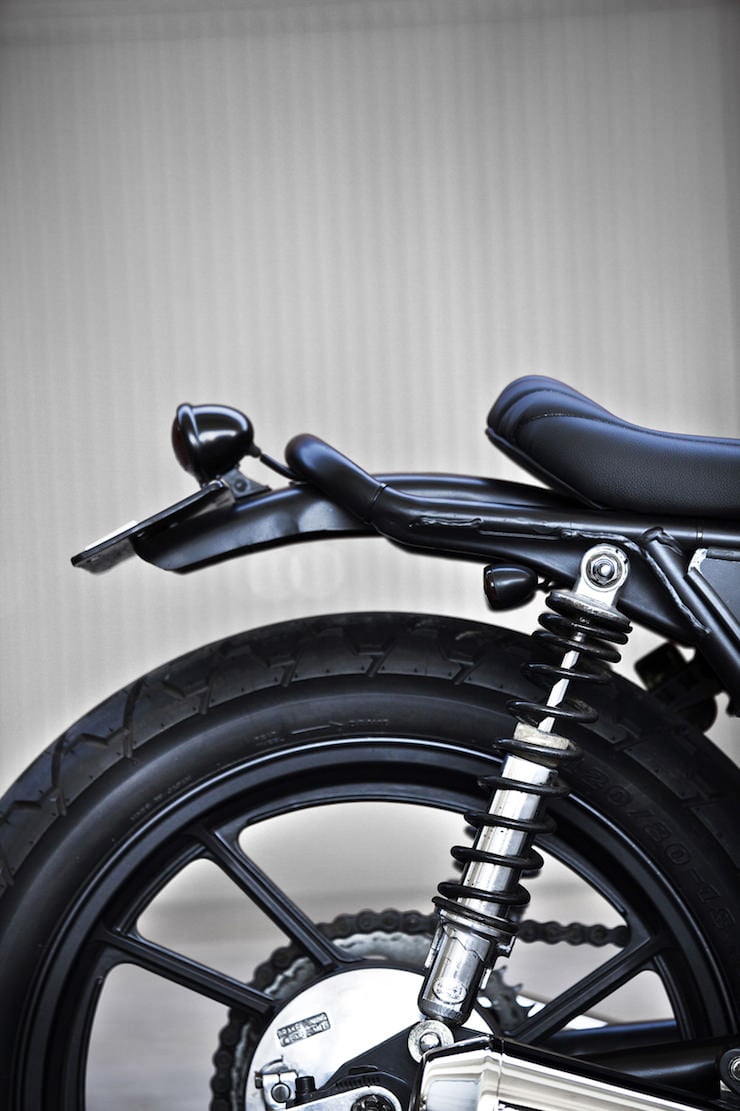 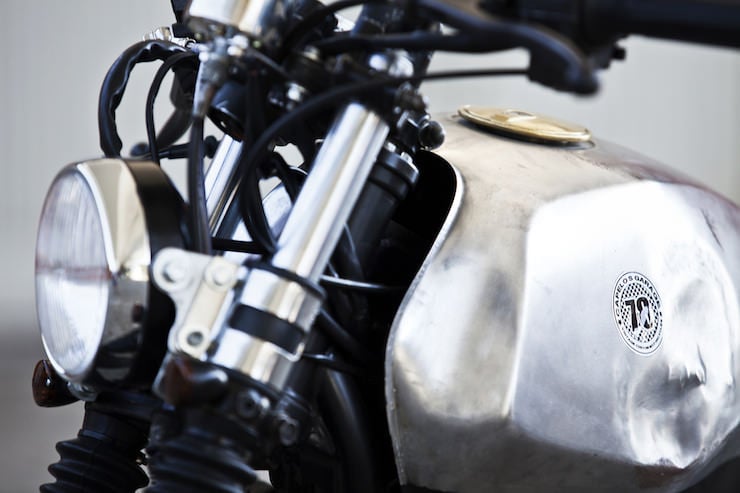 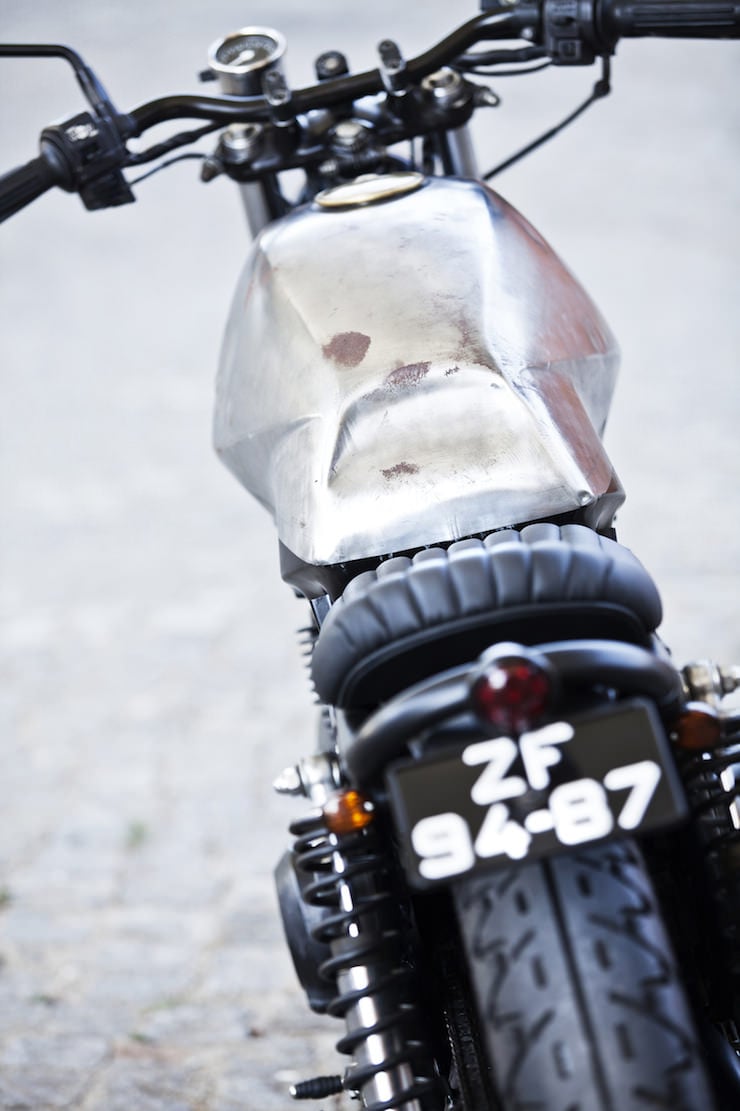 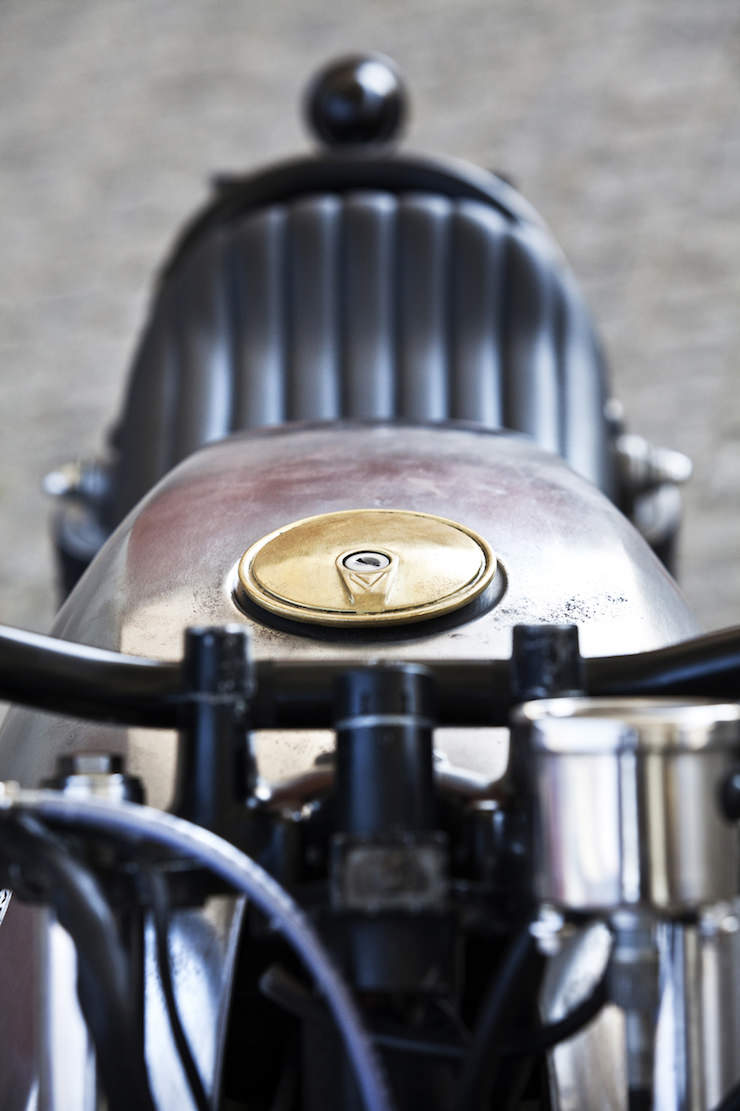 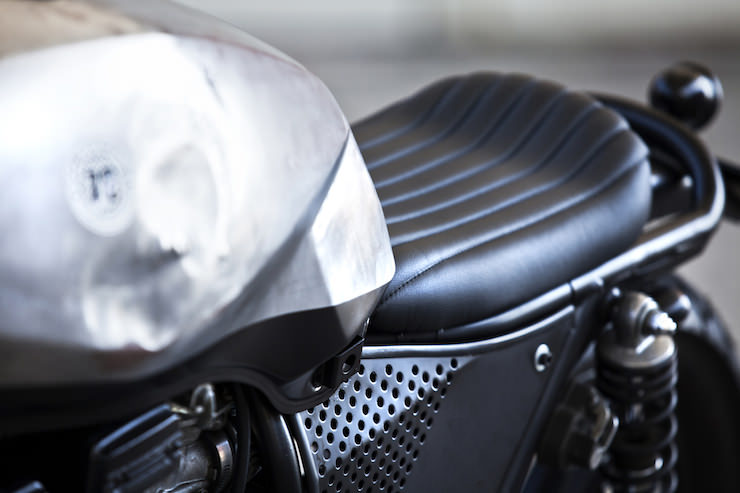 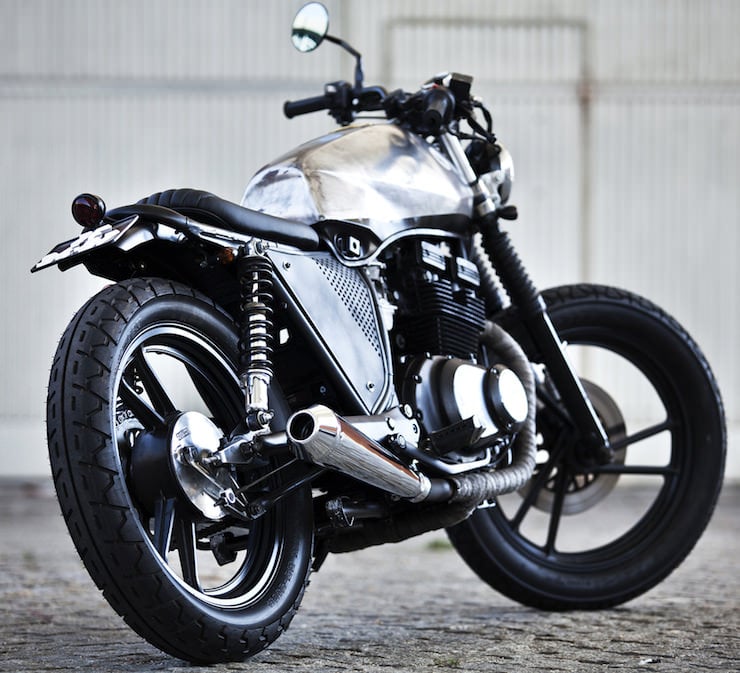 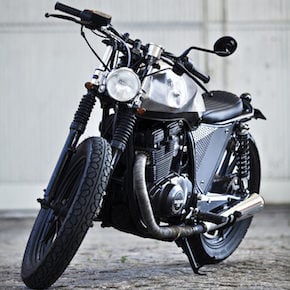