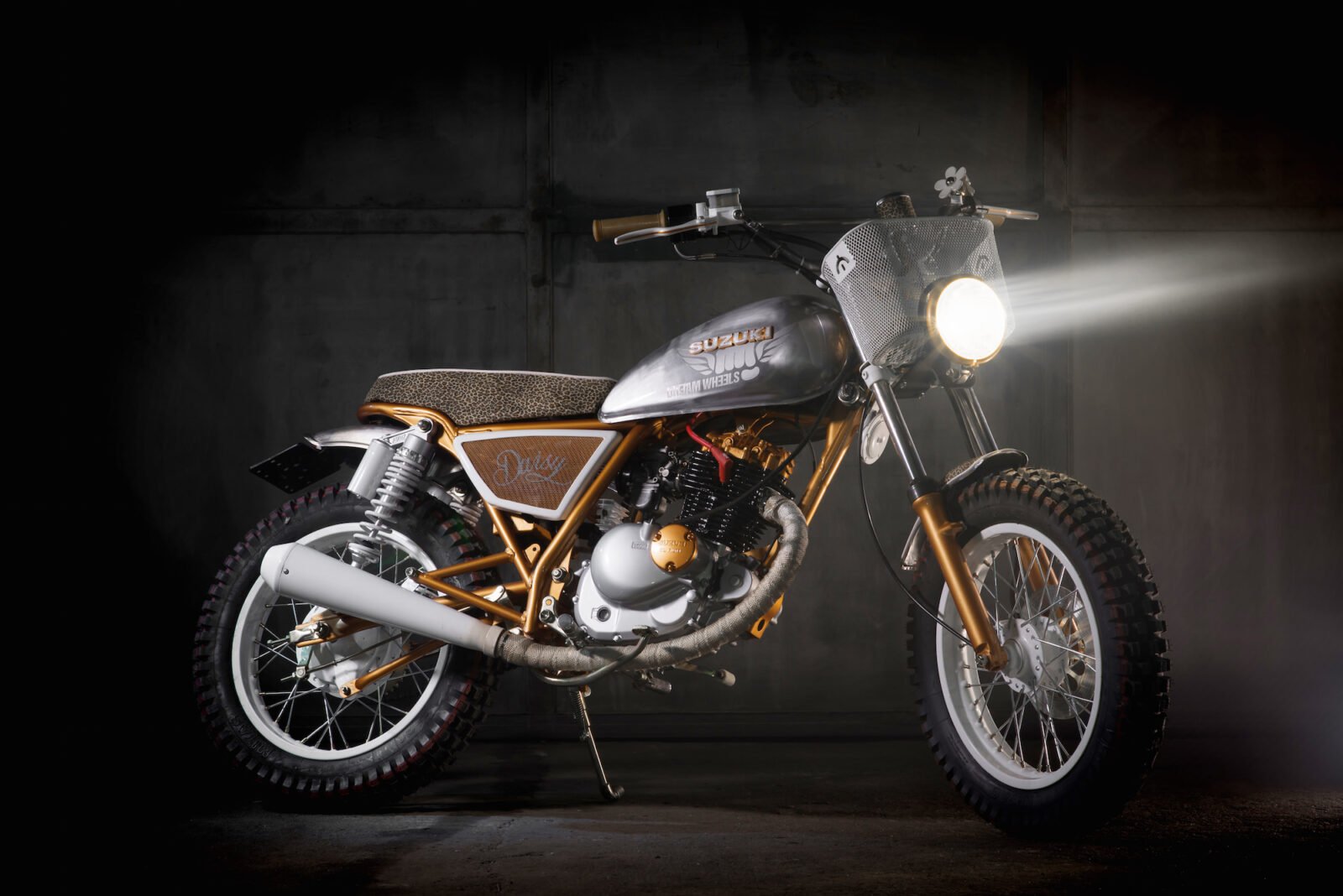 Portugal recently updated their licensing laws to allow anyone with a standard car license to ride a motorcycle or scooter up to 125cc in displacement, the idea behind the new law is that the number of cars on the road will drop and the general population will have the chance to save a small fortune on fuel and vehicle expenses by riding a small motorcycle or scooter rather than a car to work.

The team at Dream Wheels Heritage in Portugal saw this as an opportunity to take a step into the realm of smaller displacement custom built motorcycles – a genre which is almost non-existent in many parts of the world, especially outside of East Asia.

For their first smaller-engined custom motorcycle the team at Dream Wheels Heritage decided to create a bike for the girlfriend of one of the founders – Andreia Moreira. Andrea had never ridden a motorcycle before so the key was to create a lightweight bike that would be exceedingly accessible to a new rider and well suited to use on the tight, twisty roads of small Portuguese towns.

They decided to start with a Suzuki GN125 that was on sale in a well-used condition from a local driving school, as you might imagine it needed quite a going over to get it into good mechanical condition – the clutch on any motorcycle that’s been used to teach riding will be rather well used to say the very least.

Once the mechanicals had been rebuilt and thoroughly sorted the team at Dream Wheels sat down with Andreia to hash out the colour scheme and specifications for the motorcycle that she would be using as a daily rider. As is often the case with women, Andreia knew exactly what she wanted and she wasn’t shy to lay out the required specifications.

A new seat with leopard print upholstery was created and fitted and a basket was sourced from an old bicycle so Andreia would have somewhere for her gear, new front and rear fenders were made and fitted followed by a new set of Tomaselli handlebars. A new exhaust, new rear shocks, new lights, a new gel battery and new tires were fitted along with a slew of other smaller modifications.

The completed motorcycle is an exceedingly unique Suzuki GN125 that you’ll quite possibly see hammering around the streets of Porto, piloted by Andreia with a big smile on her face and her handbag sitting front and centre in that handlebar basket. 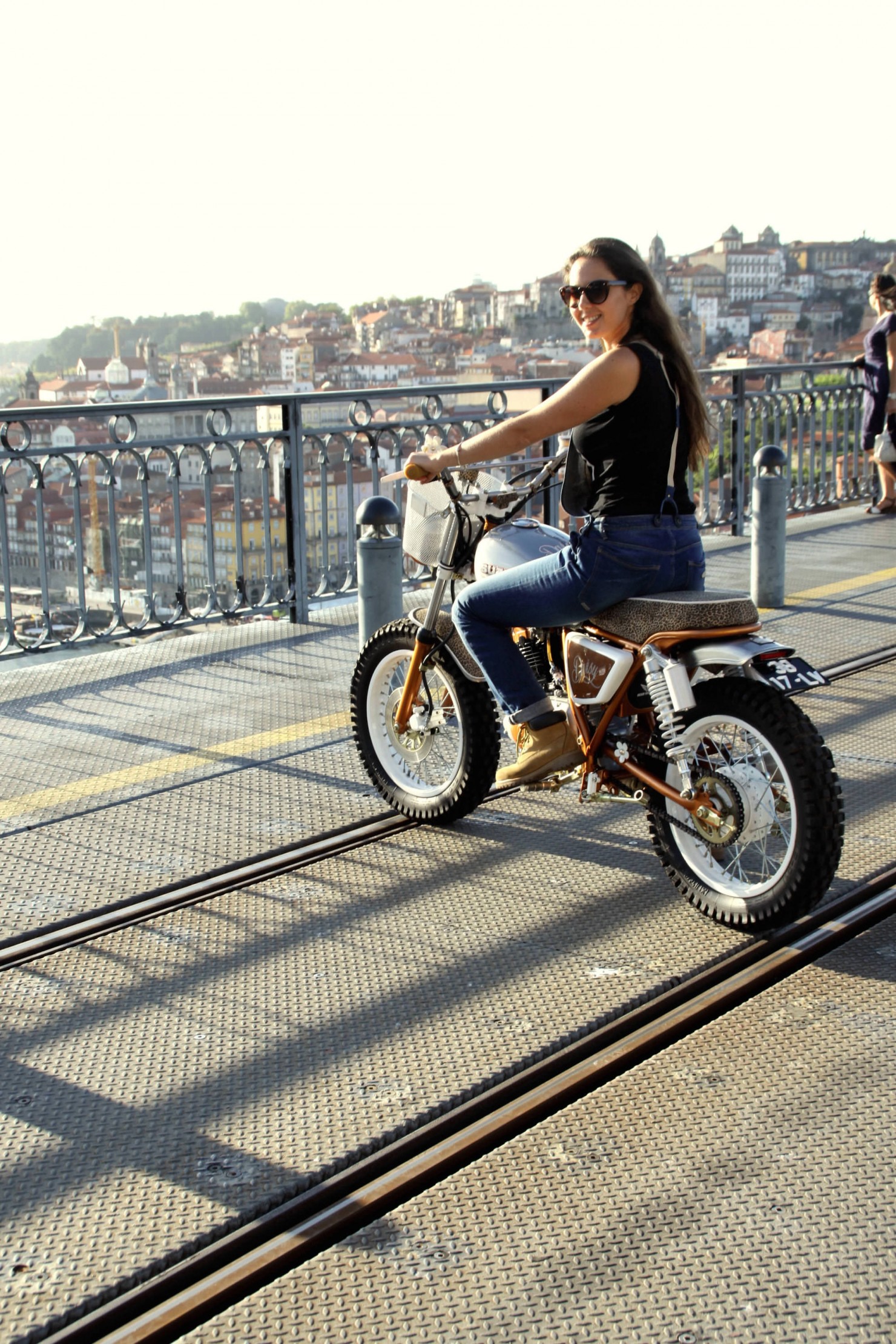 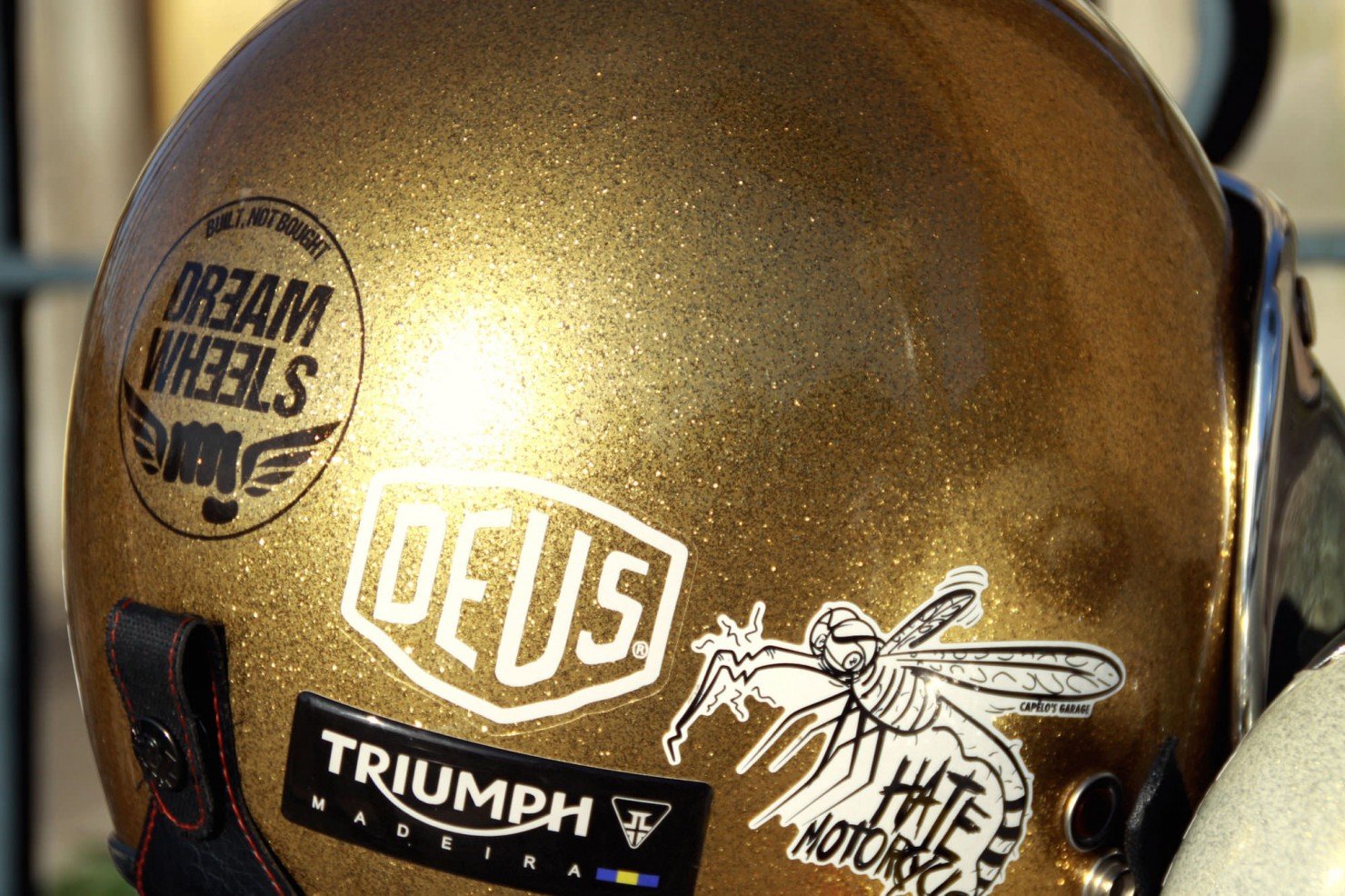 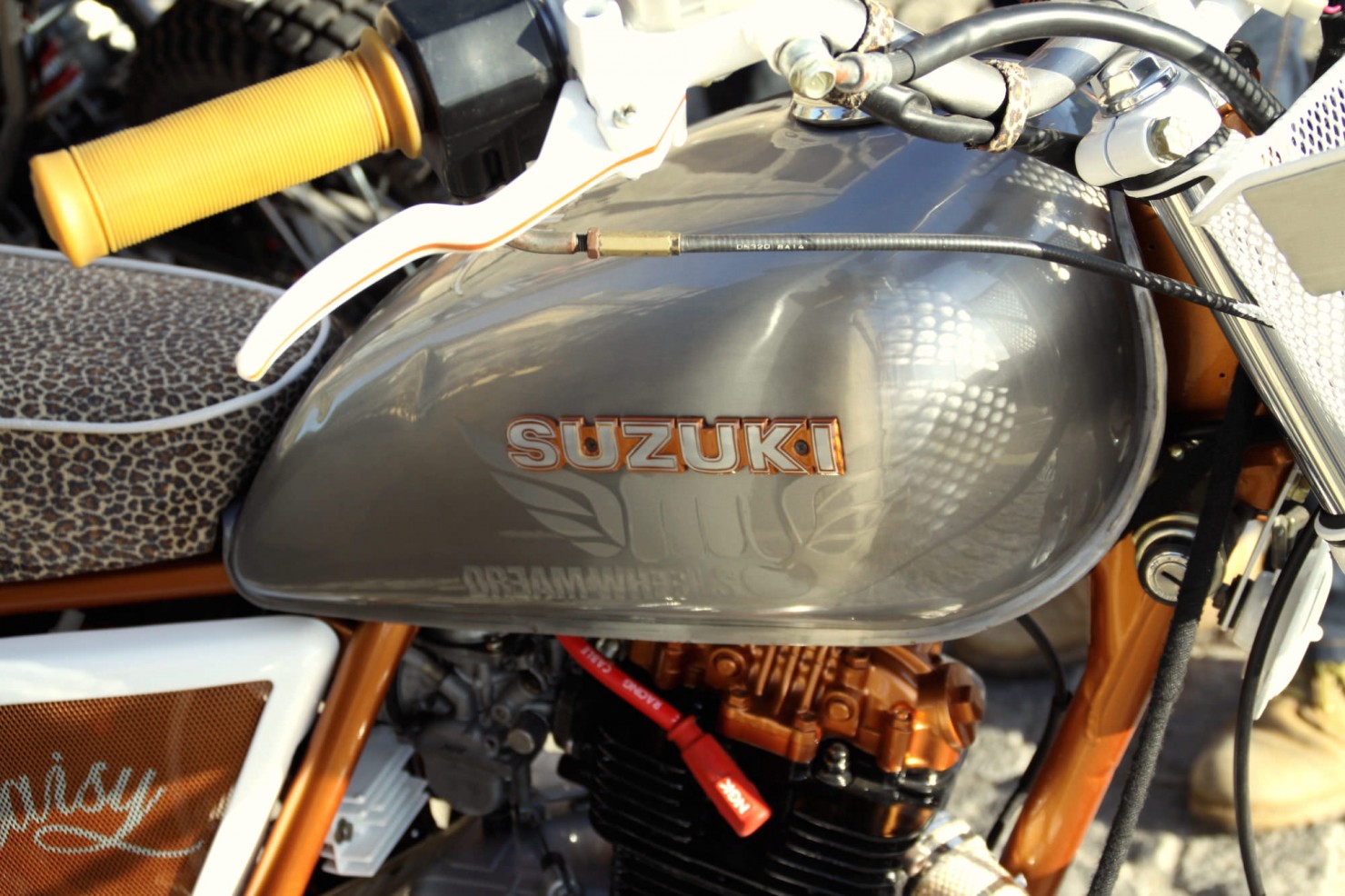 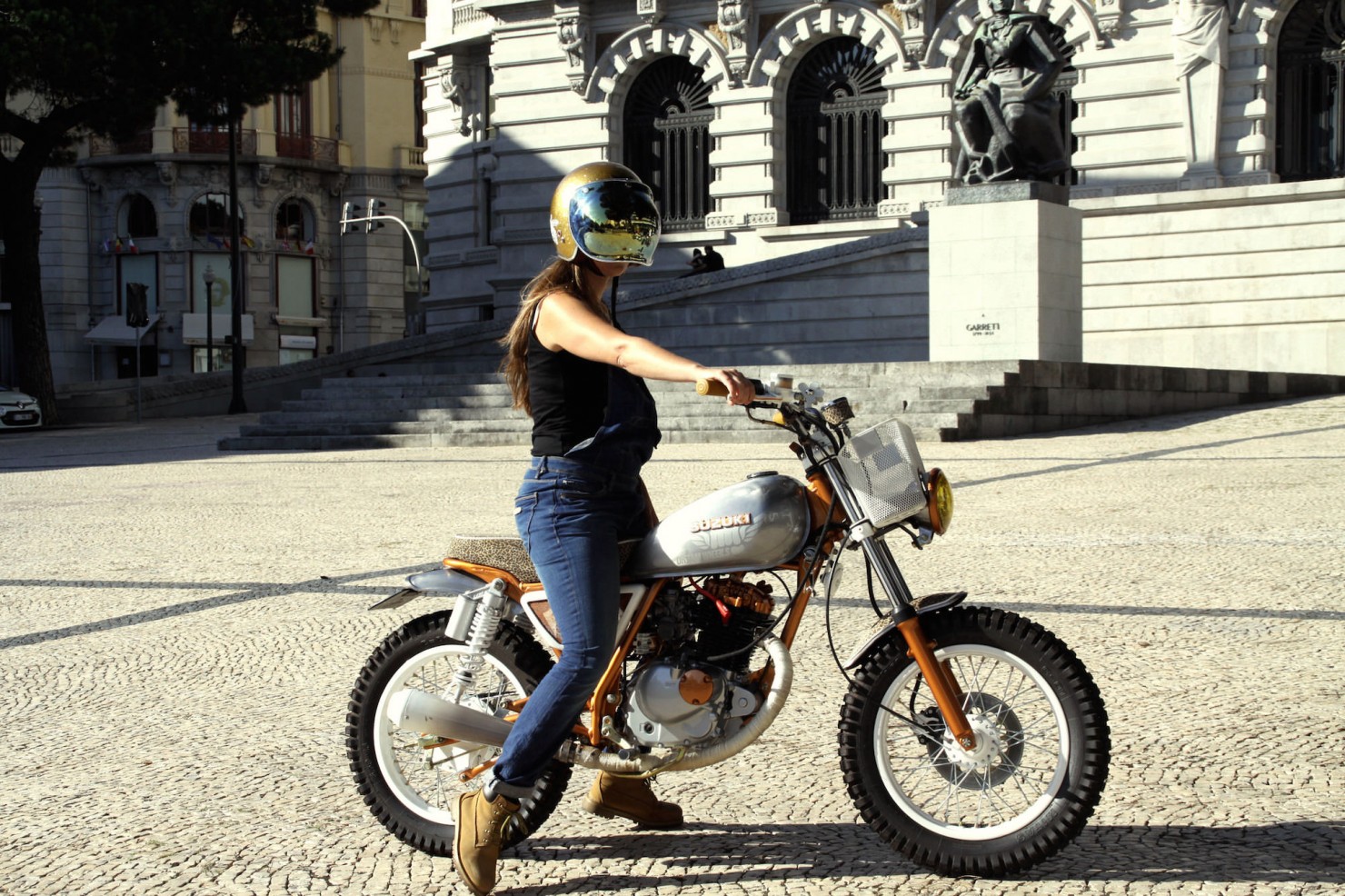 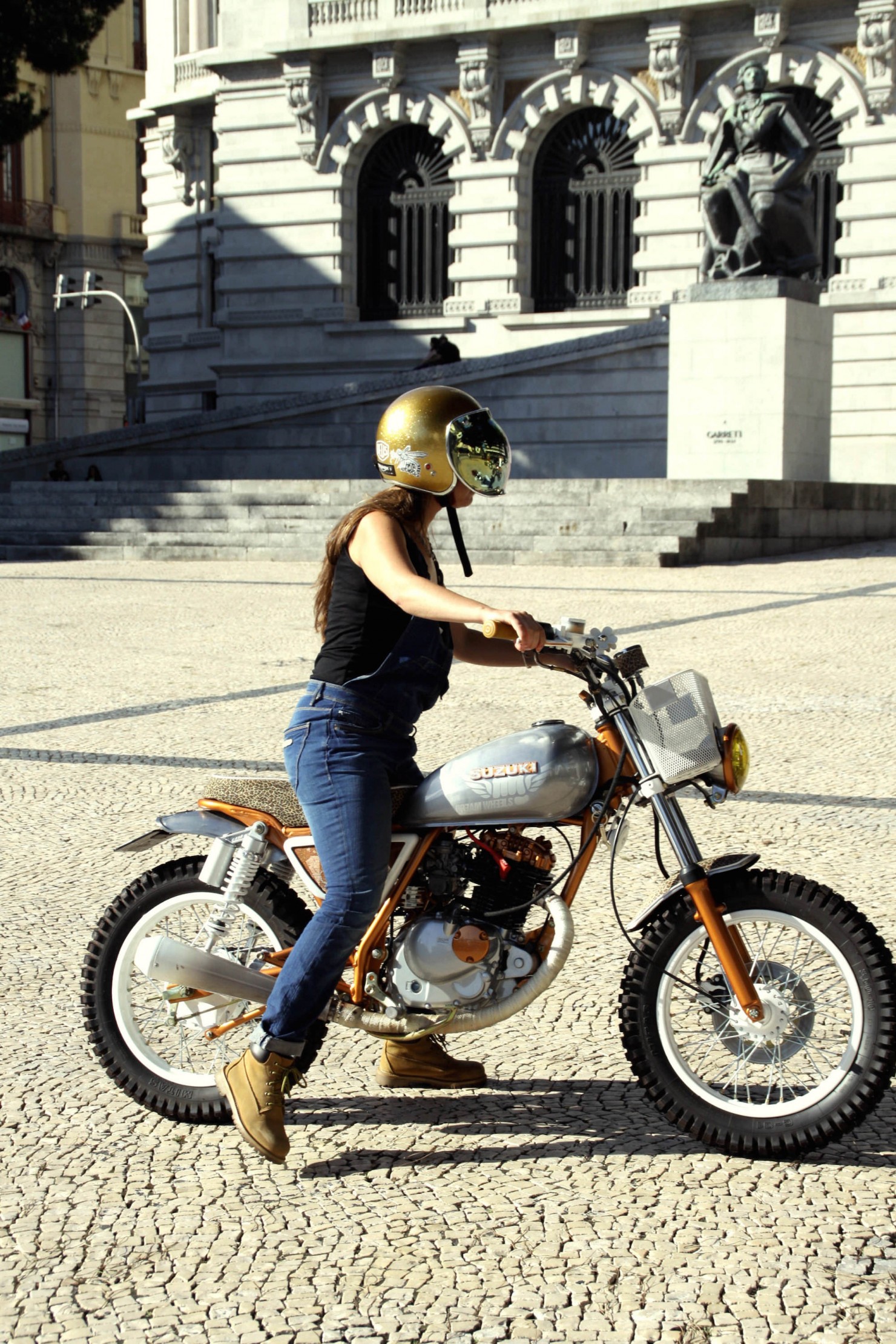 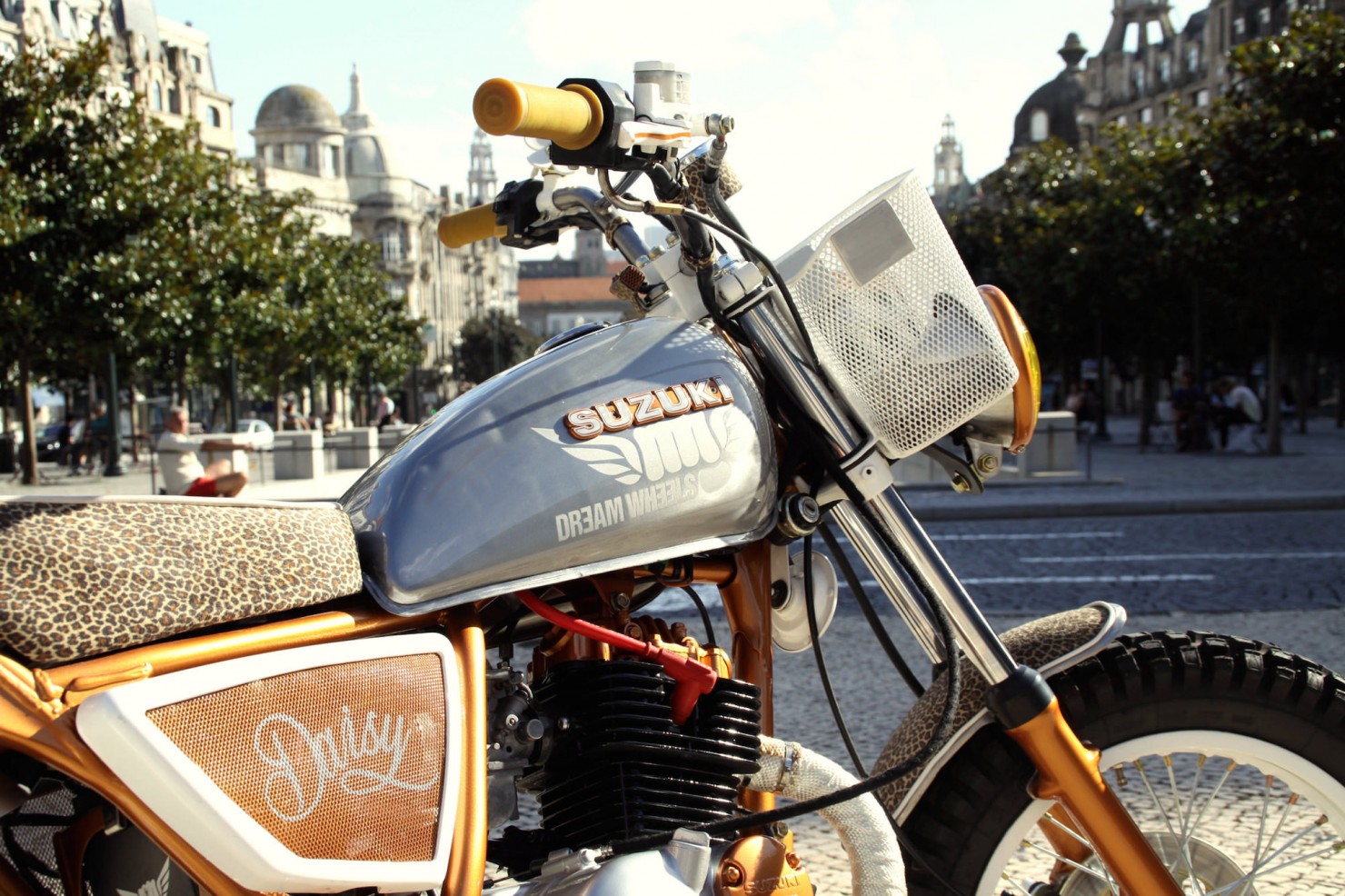 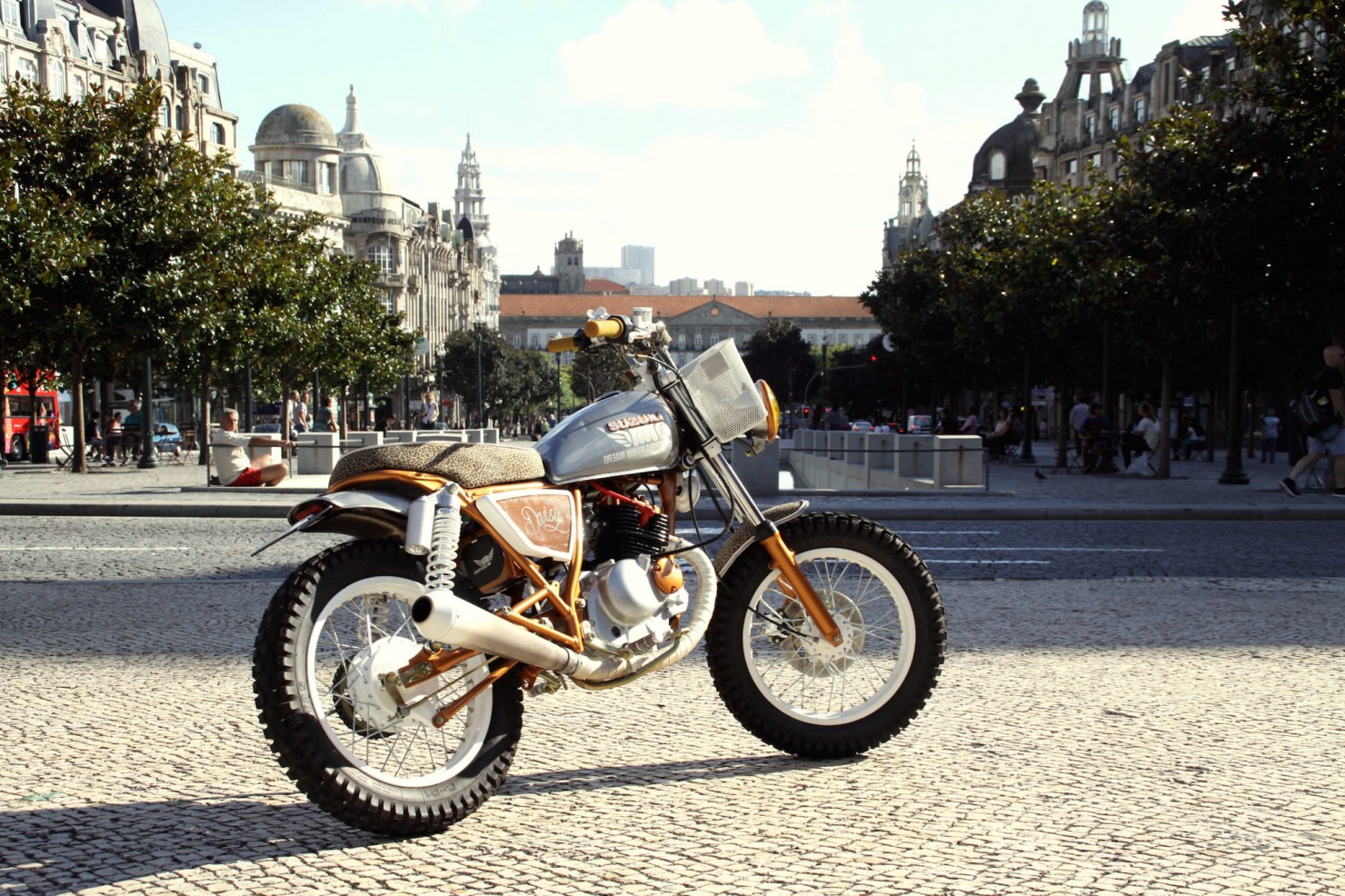 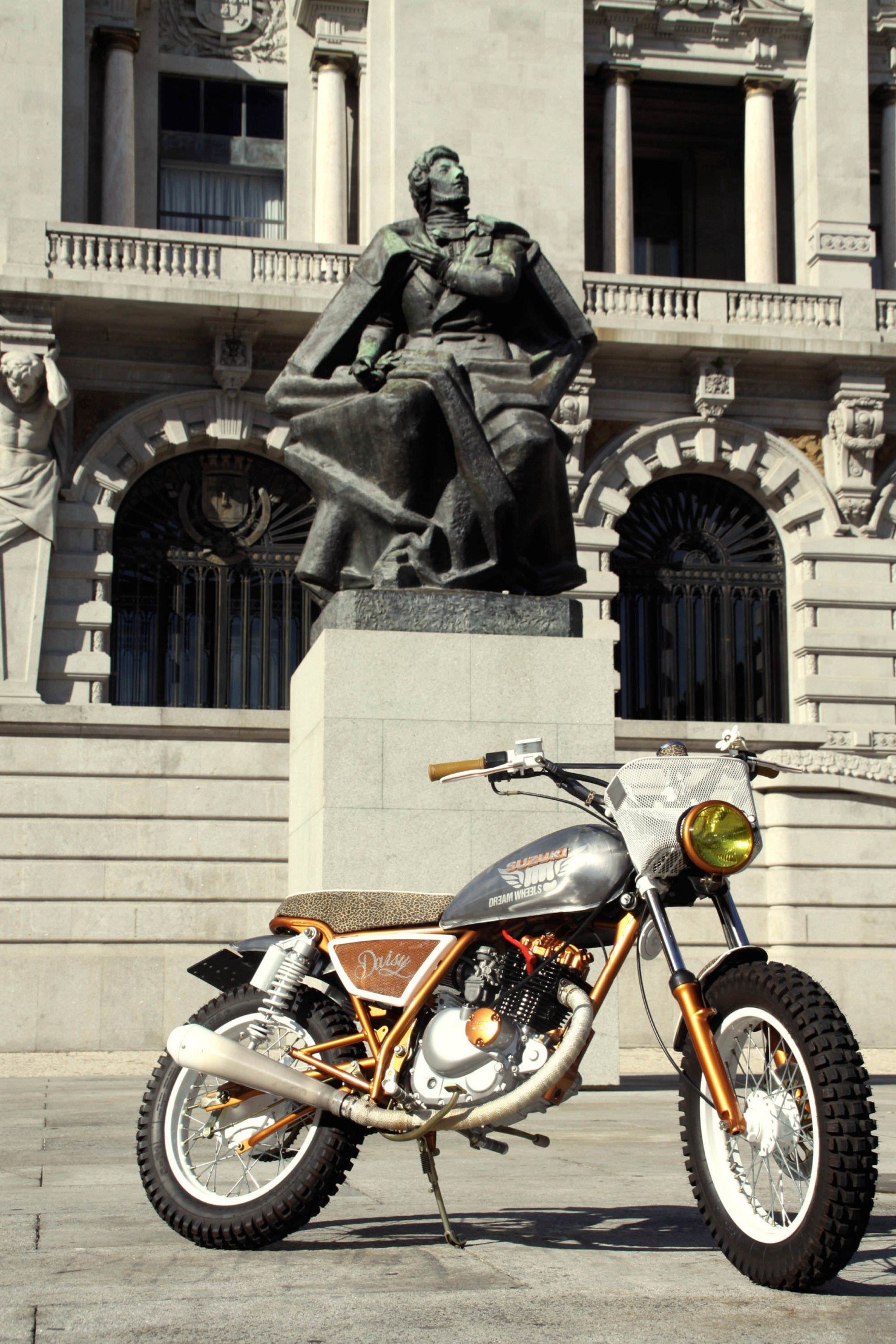 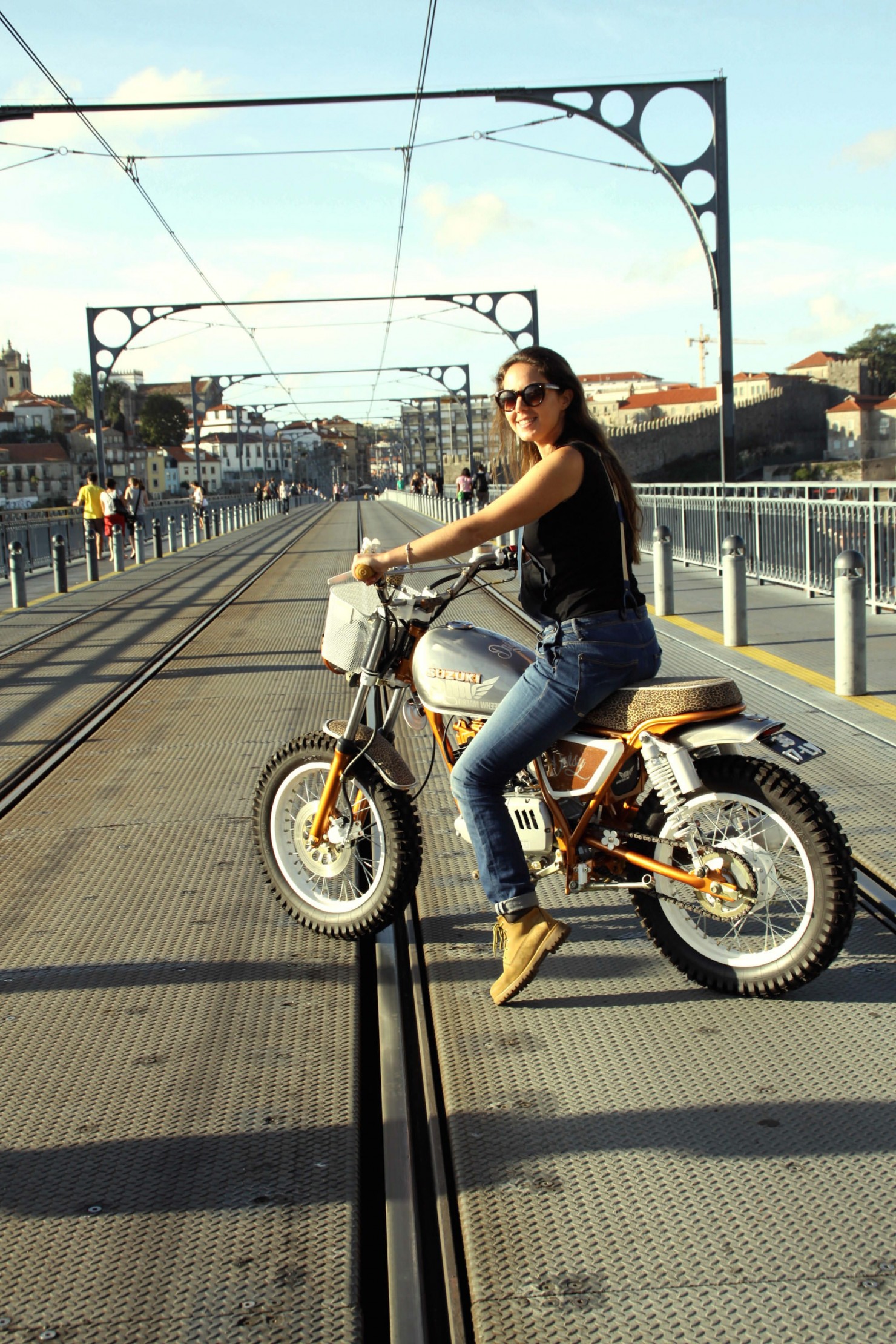 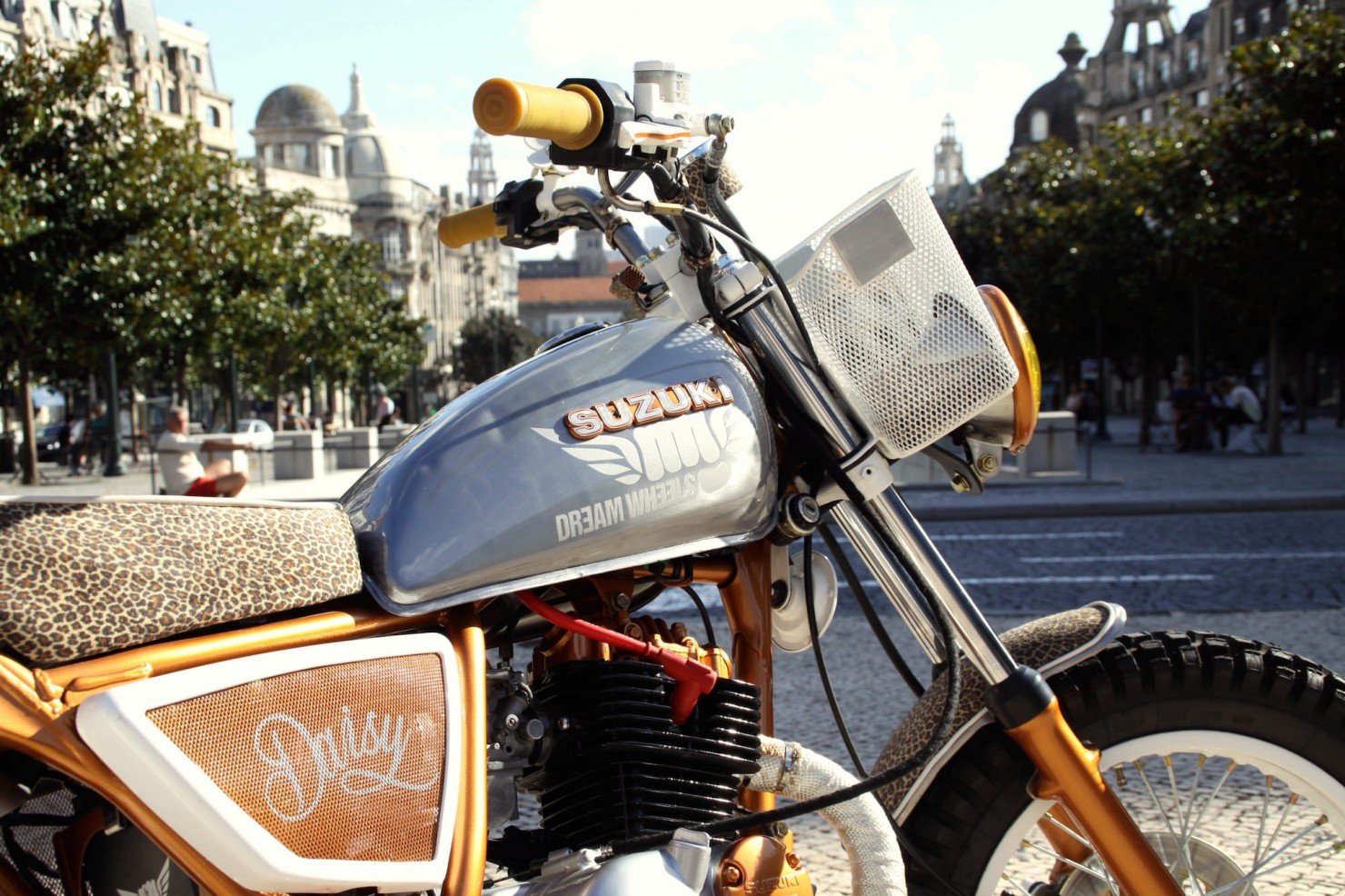 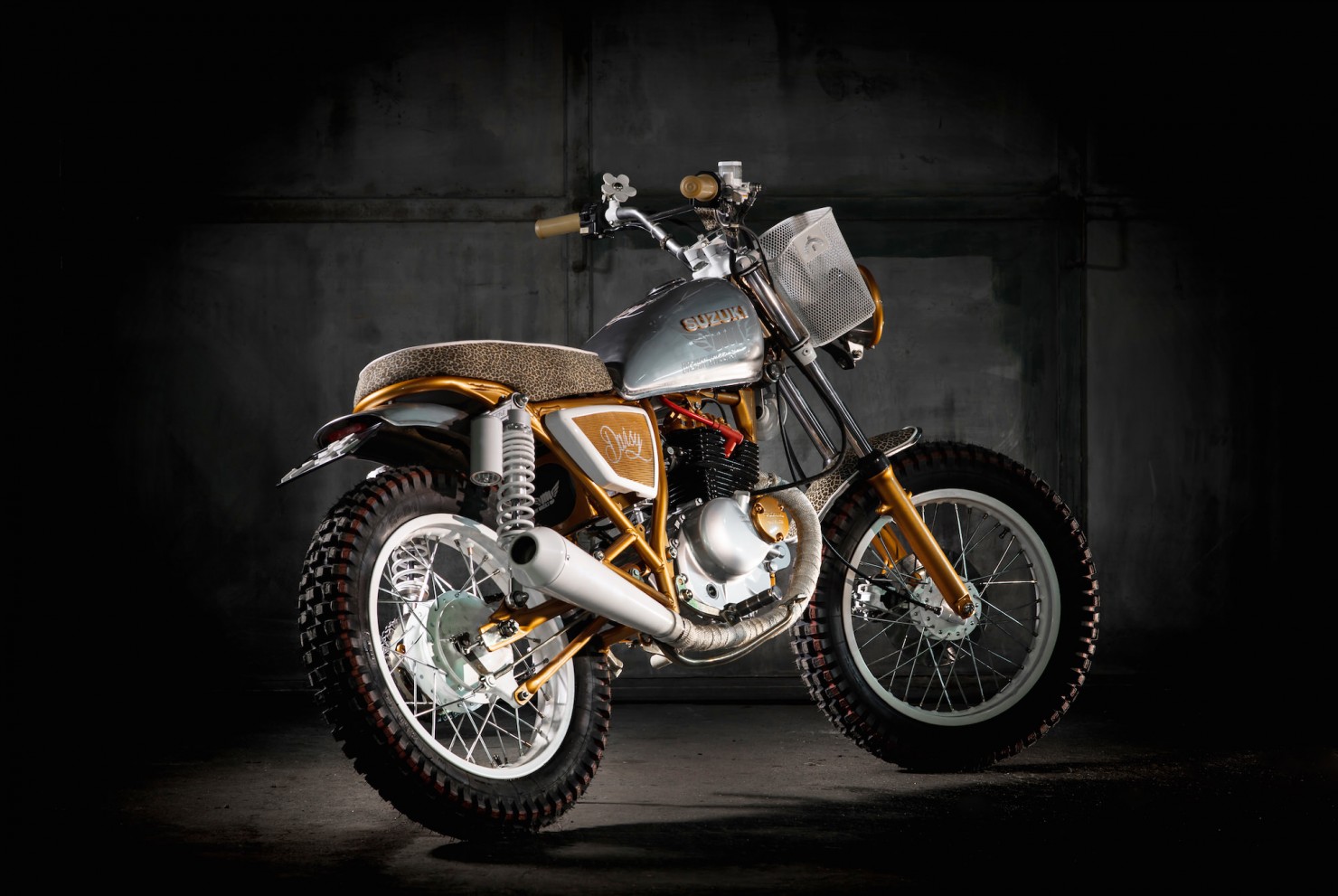 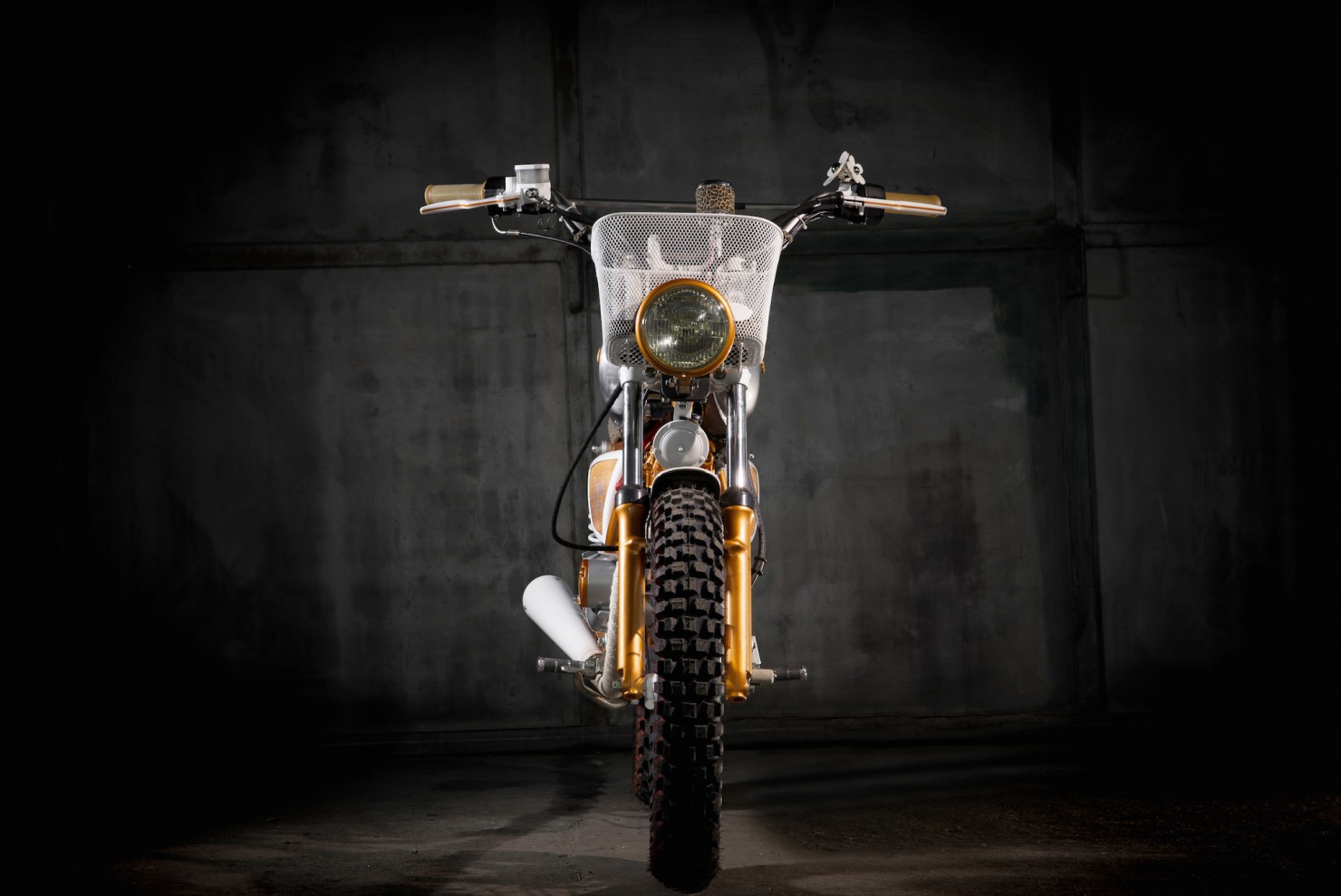 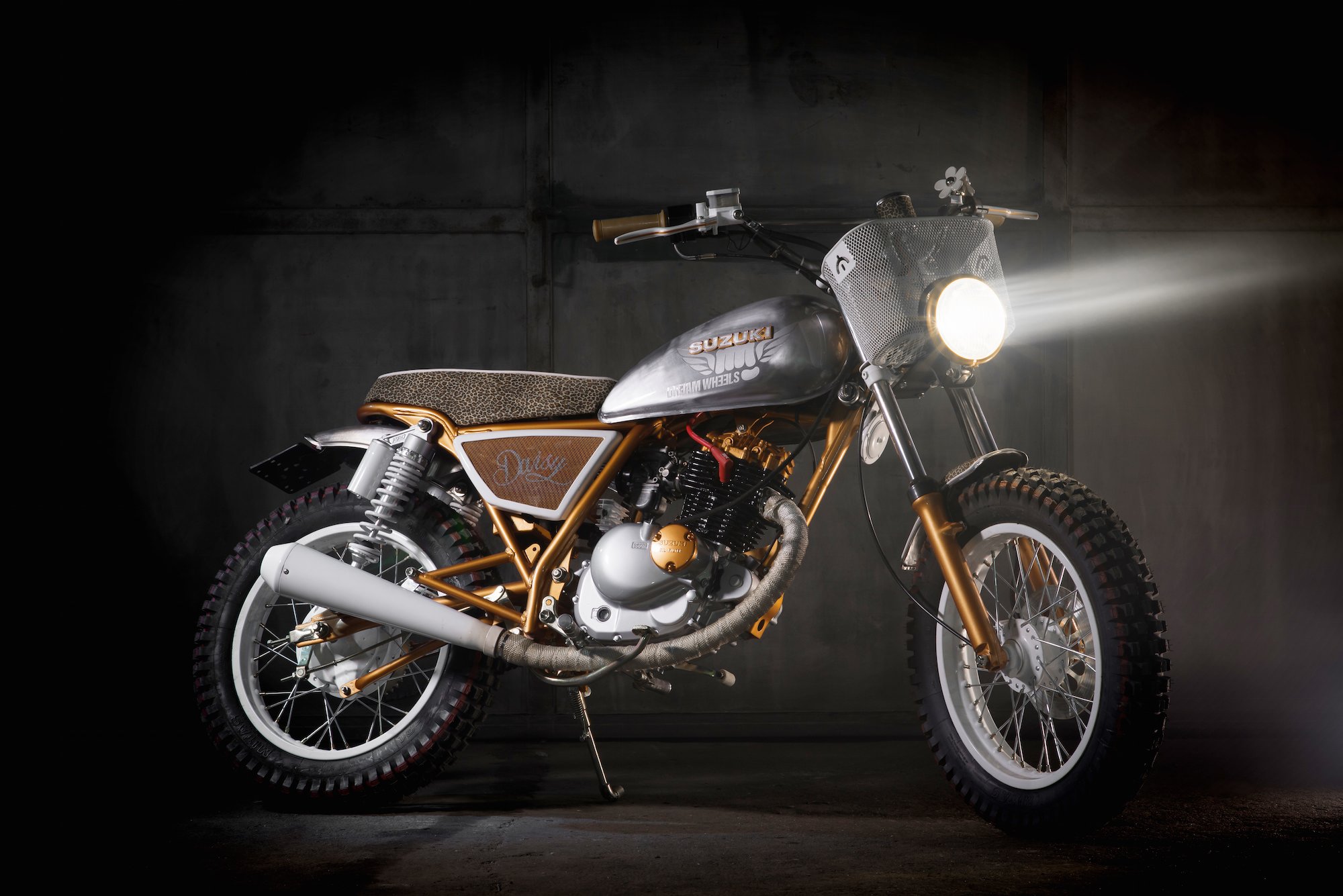