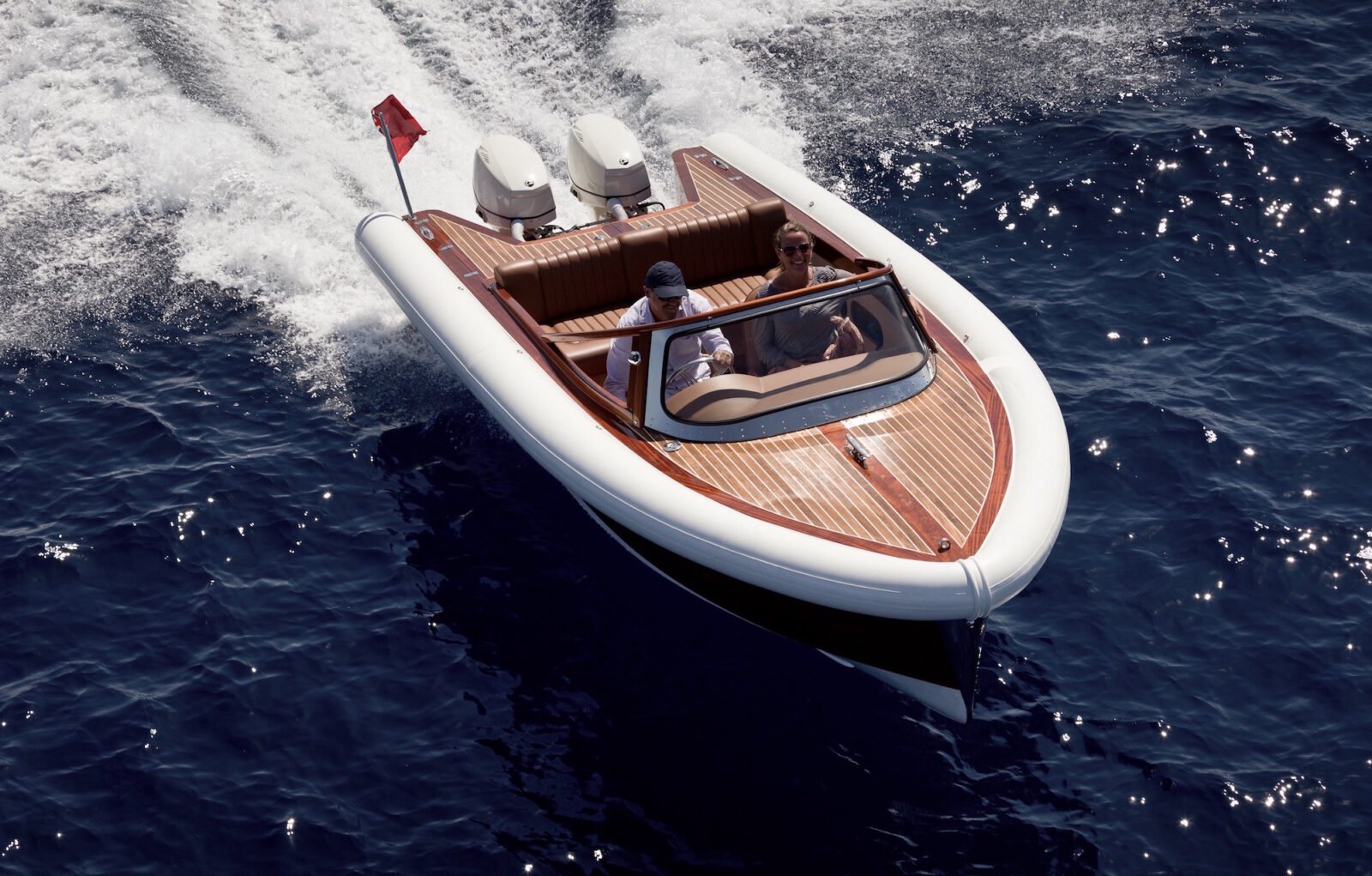 The Super 55 is a new design from Ocean 398 that’s been developed to be a combination of a ’60s era mahogany runabout with all the benefits of a modern RIB. With a length of 20ft and capacity for 5 people, it can be used as either a runabout or as a tender for a larger vessel, and the twin 50hp outboards can push it up to a cruising speed of 30 knots with minimal wake.

Ocean 398 build the Super 55 in either mahogany or teak, with a high grade marine leather interior and the RIB tubes are made from Hypalon fabric in five separate air chambers. Each Super 55 ships from the factory with navigation lights, interior lights, a ski pole, pop-up cleats, a bow winch eye/anchor point, a 90L internal fuel tank, the battery & isolator switches, a bilge pump, a water/fuel separator, the switch panel, a speedometer (with inbuilt GPS compass), twin throttle controls, and a USB charger socket. 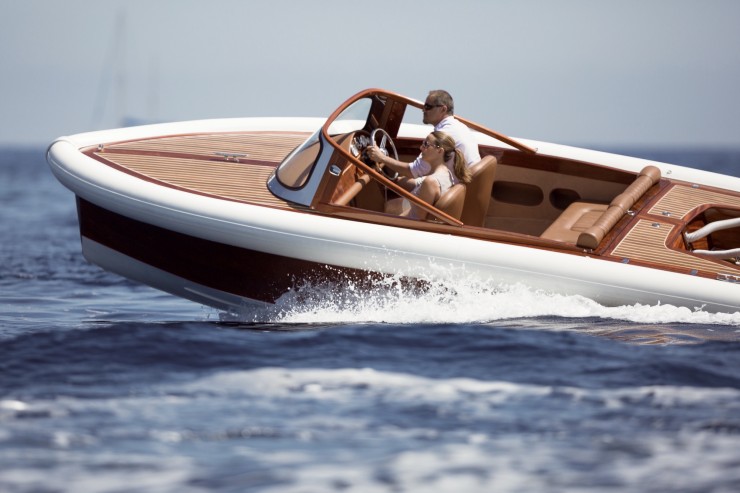 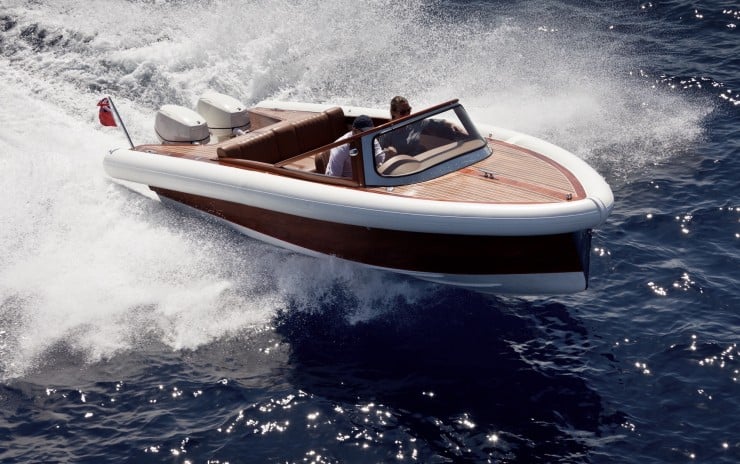 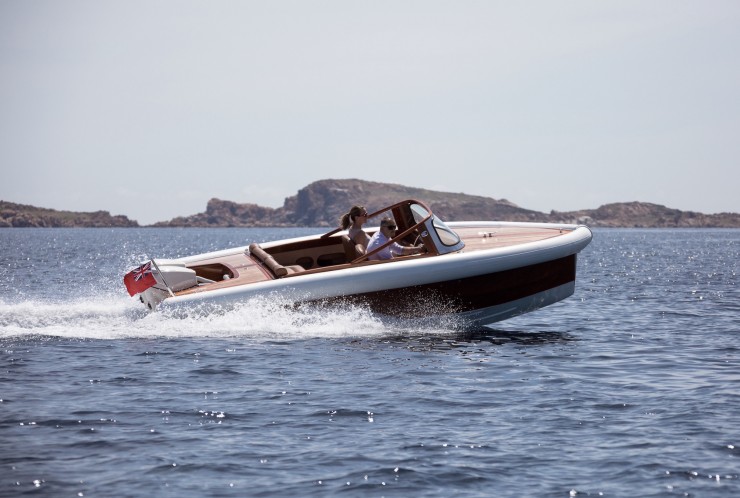 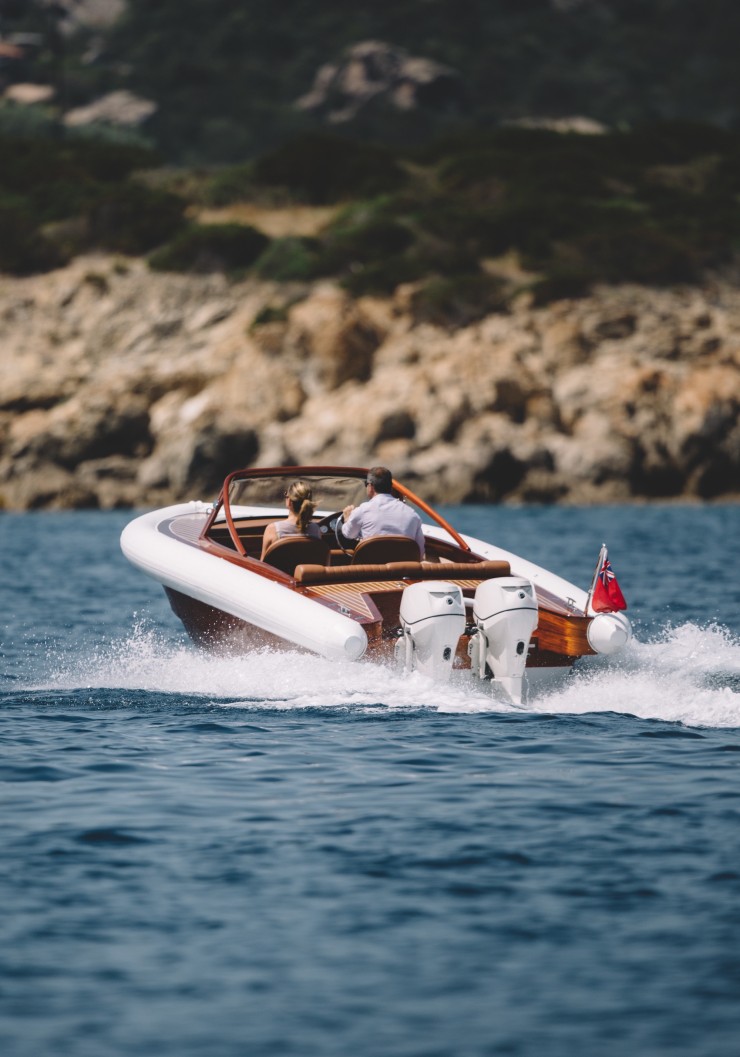 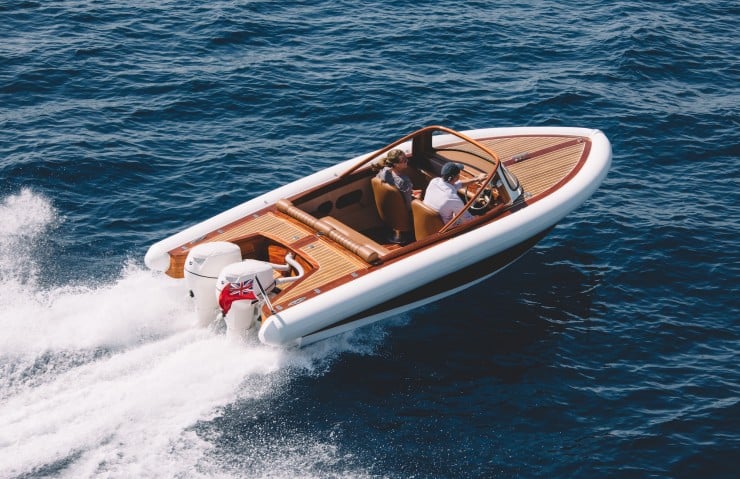 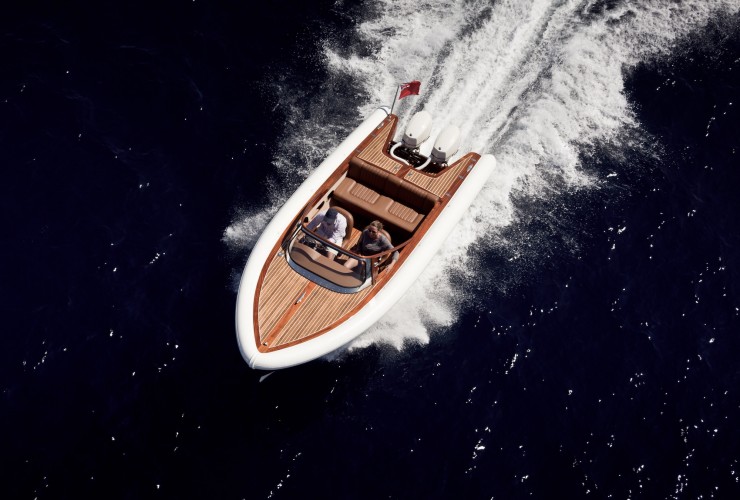 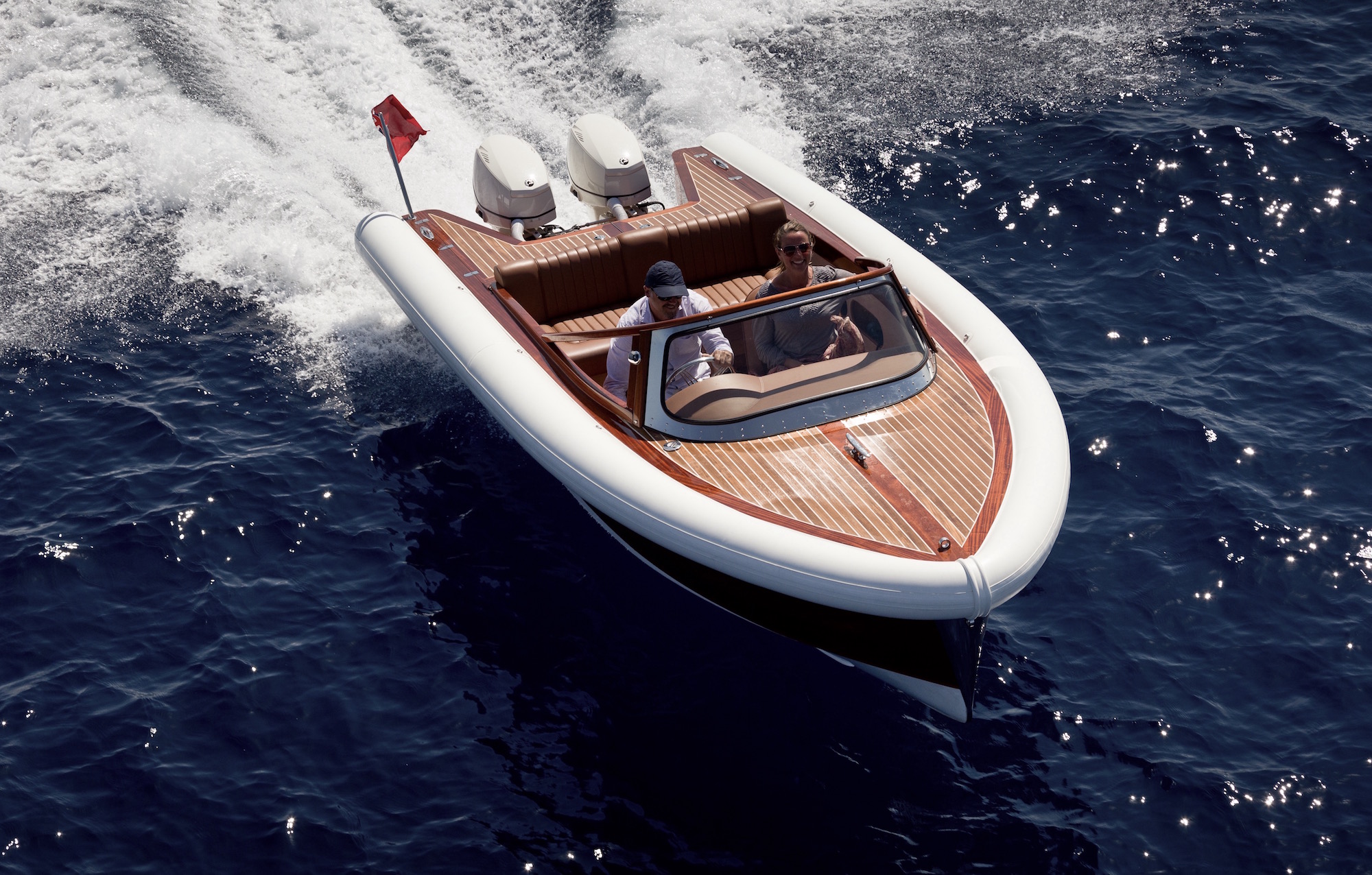