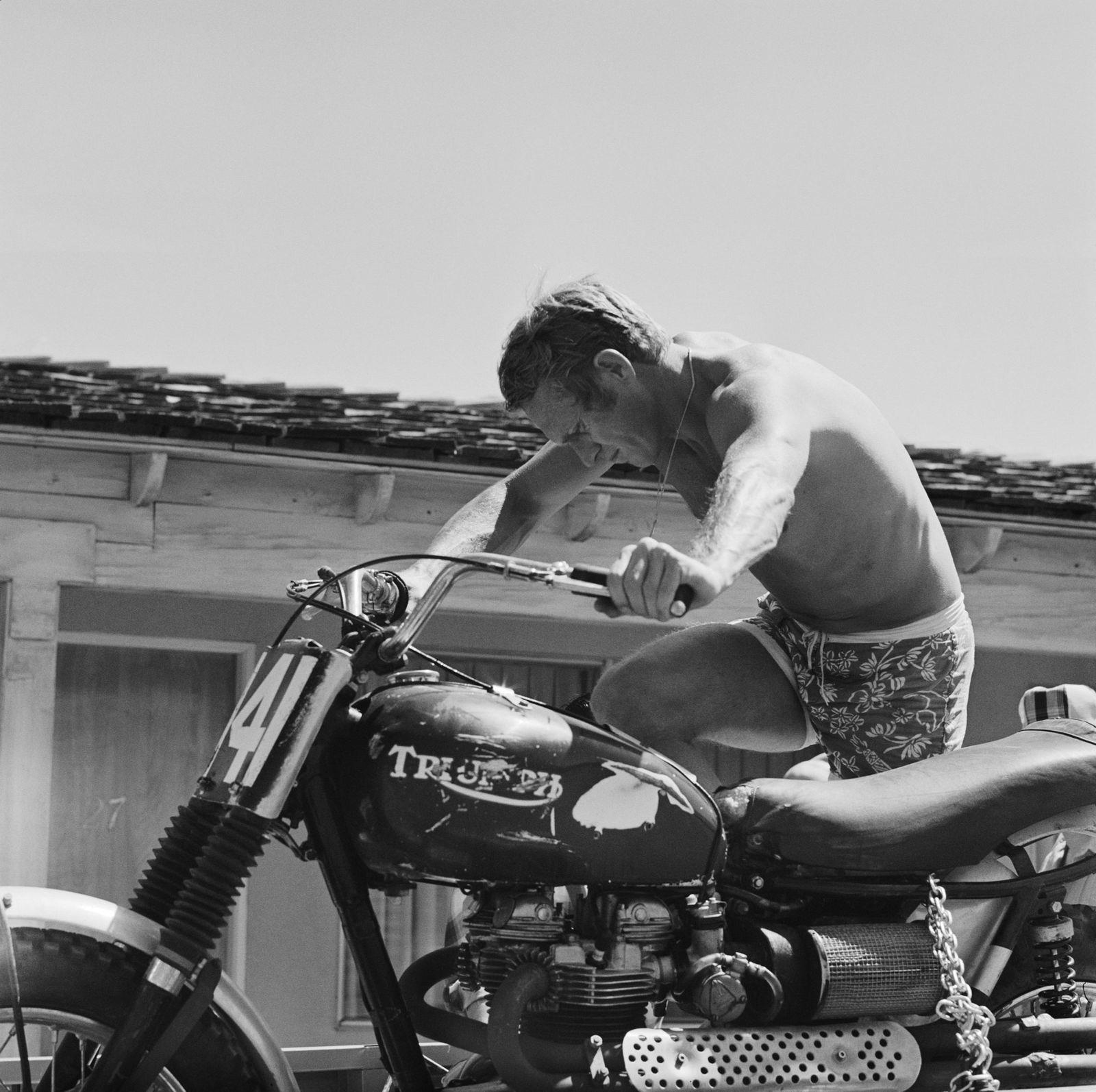 This shot of McQueen with what appears to be the perfect Triumph Scrambler is one of my favourites as it doesn’t appear scripted or posed. The bike that he’s busy kick starting is what I would consider to be an aesthetically flawless scrambler in that it looks rough and ready enough to hit the trails and not shiny enough to upset you should you drop it in the mud.