Big Ed Beckley has had a career to rival that of any motorcycle stuntman in the world, he started out jumping motorcycles after seeing Evel Knievel jump in Hutchinson, Kansas in 1971 at the Kansas State Fair. Ed decided that he’d like to try his hand jumping bikes over staggeringly long distances and so in the late-70s he bought a motorcycle, customised it for jumping and set to work at fair grounds around the USA.

His career spanned over 20 years and he held some remarkable world records including the longest jump done by two people (82 feet). Big Ed was known for making jumps that others refused to even attempt, including one in the mid-90s that had a 30 knot crosswind. Ed pulled the ramp a little off centre before the jump, essentially eye-balling the jump distance and wind strength to estimate how far off course it would blow him. He got it right and nailed the landing. 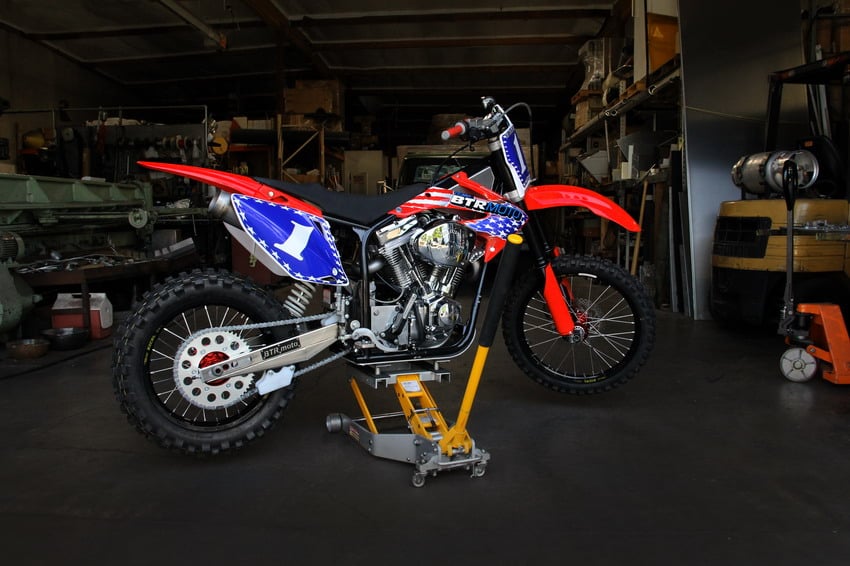 This bike is Big Ed Buckley’s comeback steed, in 2012 he decided that at age 61, he was ready to have another crack at jumping motorcycles. With this new mission in mind he contacted the talented team at BTR Moto and gave them a brief to create a bike capable of carrying his 300+lb weight over significant distances and then absorb the landing energy without breaking into small pieces. This motorcycle is their creation and it’s a monster.

Perhaps the first thing you notice is that huge Harley-Davidson v-twin sitting in the centre of the frame, followed by the heavy duty front and rear suspension. That 2000cc engine is tuned to produce 140hp and an aircraft-carrier-shifting 145 ft lbs of torque, the frame is a custom BTR Moto design and the front suspension is the strongest model produced by Showa. That large rear spring is made by WP and is rated to cushion impacts close to 1000lbs without detonating, the body work was all taken from a Honda CRF450 and all fluid tanks were handbuilt by Curt at BTR.

The end result is a motorcycle that is possibly the toughest jump bike ever made, if you’d like to see footage of Big Ed seeing the bike for the first time (and riding it) hit play on the video below and if you’d like to visit Big Ed’s website, you can click here. 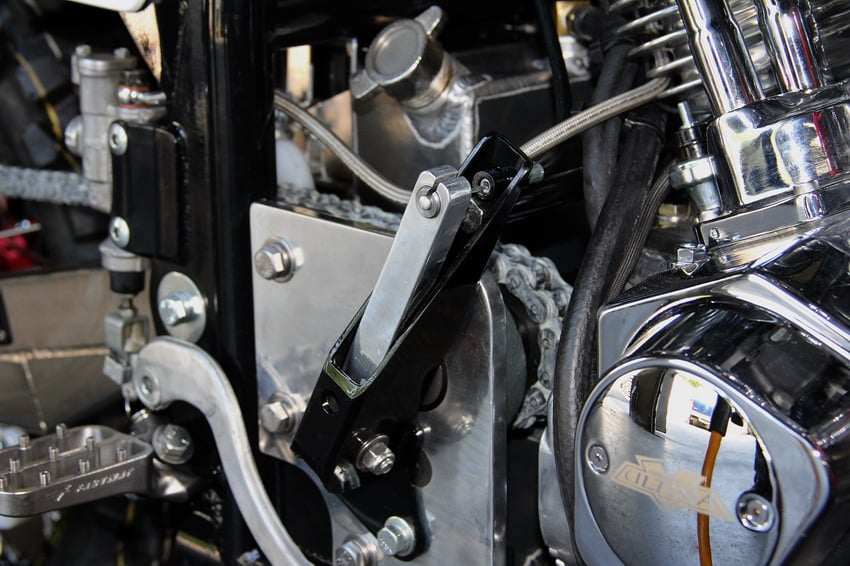 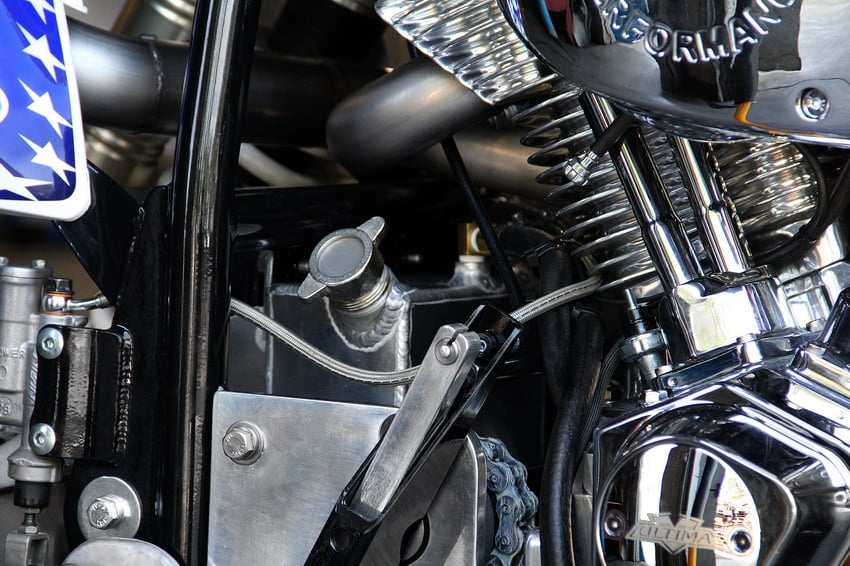 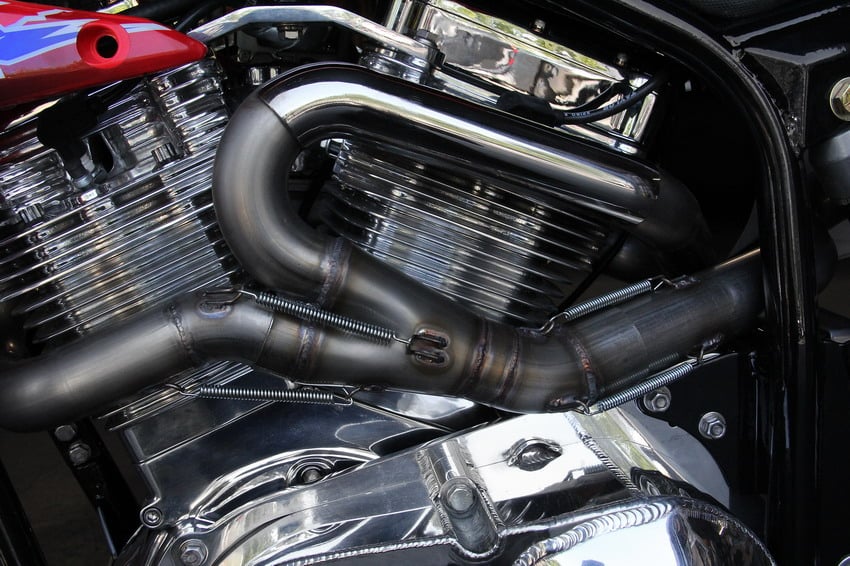 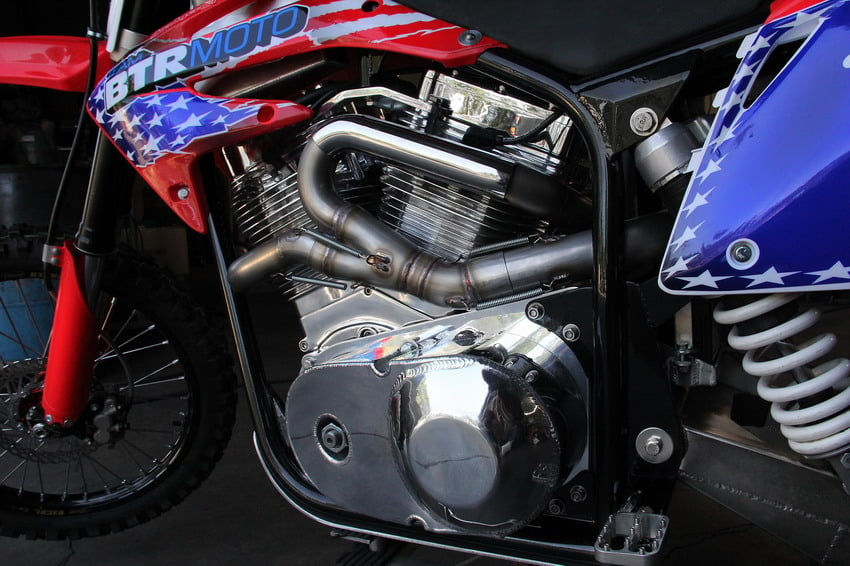 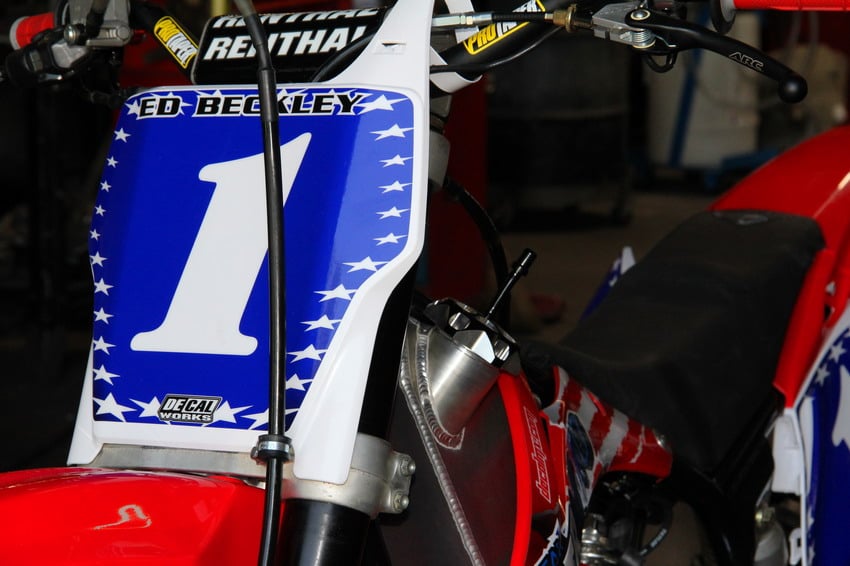 Via BTR Moto with additional information provided by The Kneeslider.