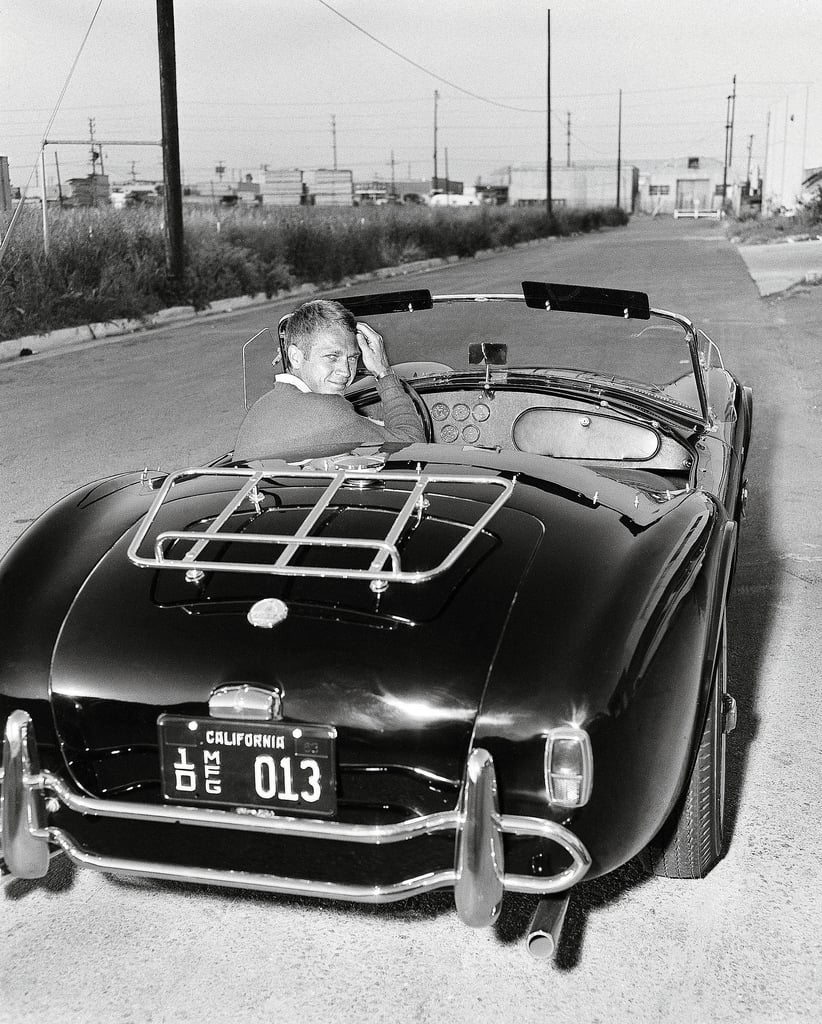 Steve McQueen was lent an AC Cobra in 1963 by Carroll Shelby himself, it’s fairly clear he had a great time in the British/American Ferrari killer although I am surprised to see there’s still tread on the tires.