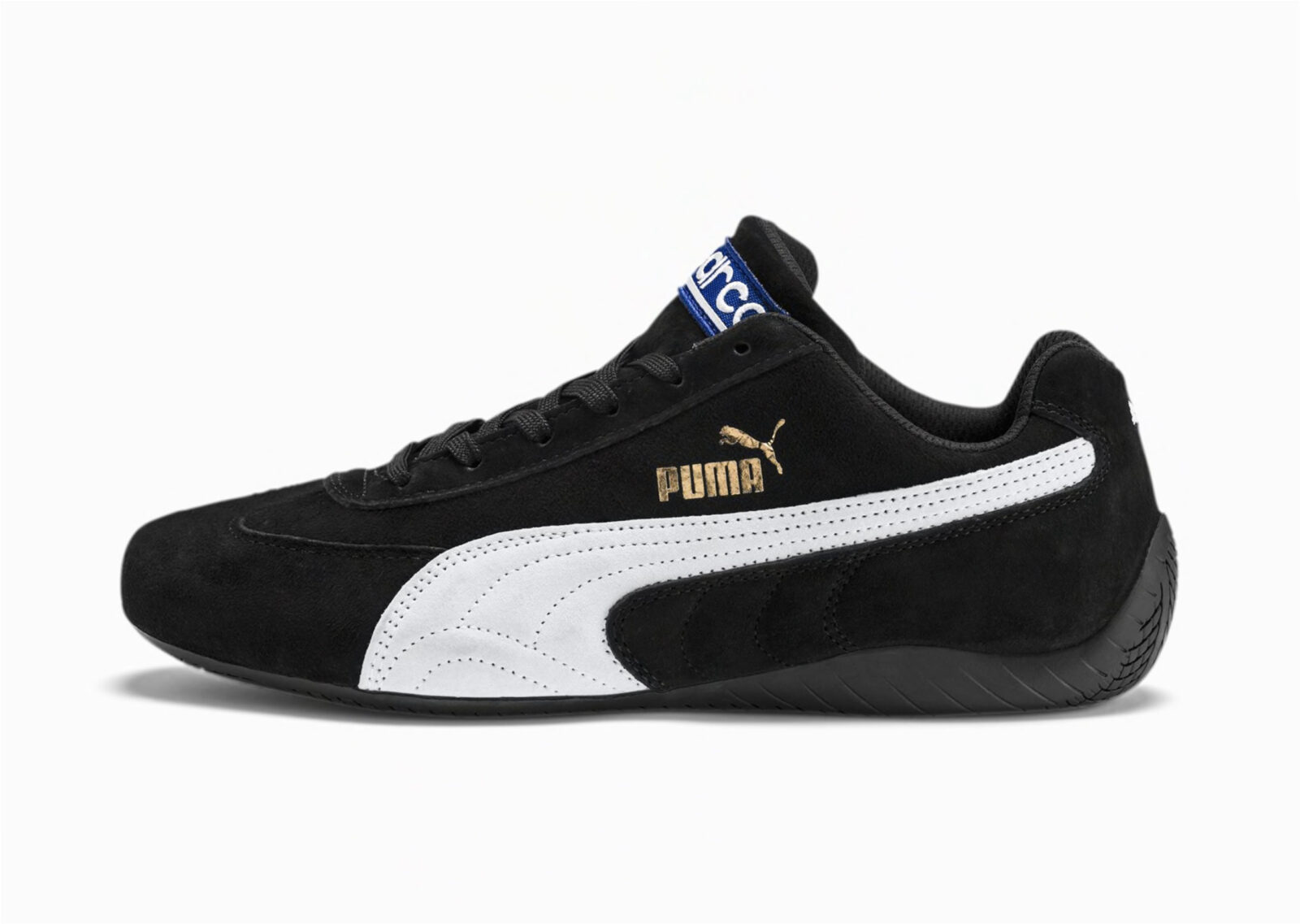 The Speedcat OG Sparco Driving Sneakers were co-developed by Puma and Sparco as casual driving shoes that double as sneakers that can be comfortably worn around town.

Driving shoes are typically characterised by their very thin soles, with a section of sole that curves up around the back of the heel. This thin sole is to give you excellent fuel on the pedals, and the sole curving around the heel is to provide grip and wear-resistance when your feet are in the footwells resting on their heels, working the pedals.

If you’ve never seen a racing driver’s feet hammering the pedals in the heat of competition, take a look at the footage below. It features rally legend Walter Röhrl on a rally stage in an Audi Sport Quattro S1 with some camera shots inside the footwell.

Back in 1999 Puma and Sparco teamed up to co-produce their first high-performance driving shoe, the new Speedcat OG Sparco sneakers are a modern version of this original design, and the shoes were released in 1999 to celebrate 20 years since the originals.

The sneakers feature a low profile design with a suede upper, a full lace closure, a classic driving shoe sole with a vehicle tire tread pattern, and both Sparco and Puma branding. 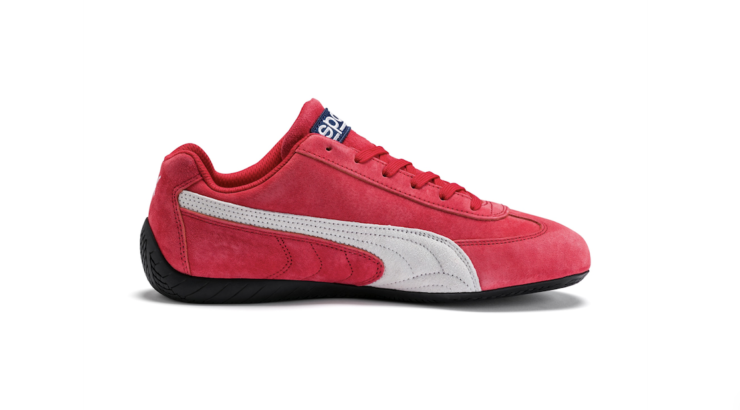 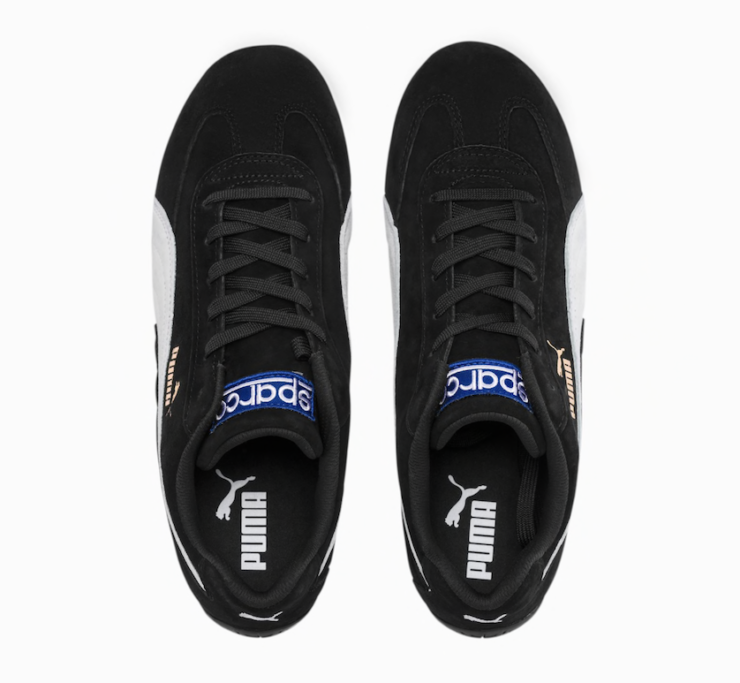 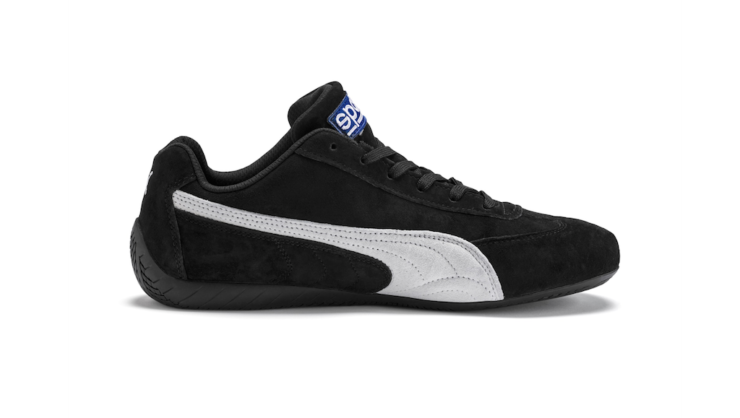 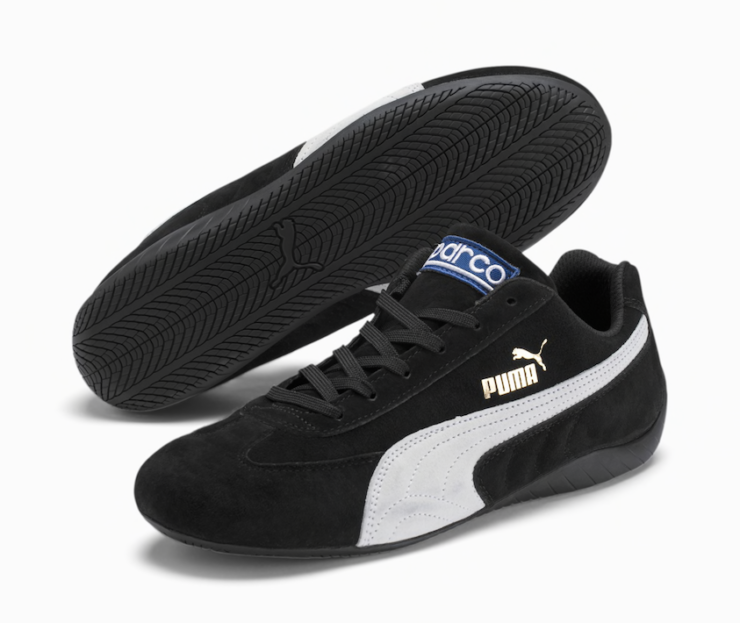 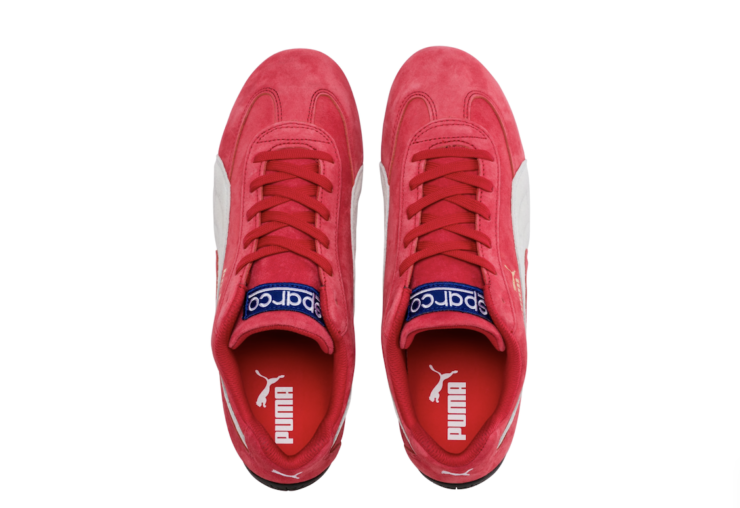 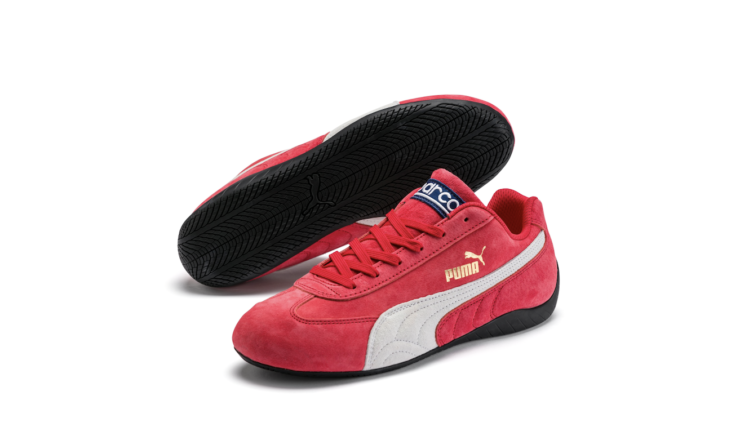 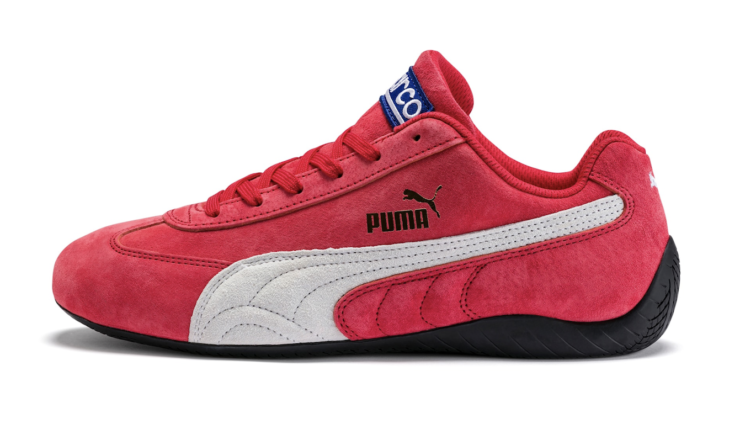 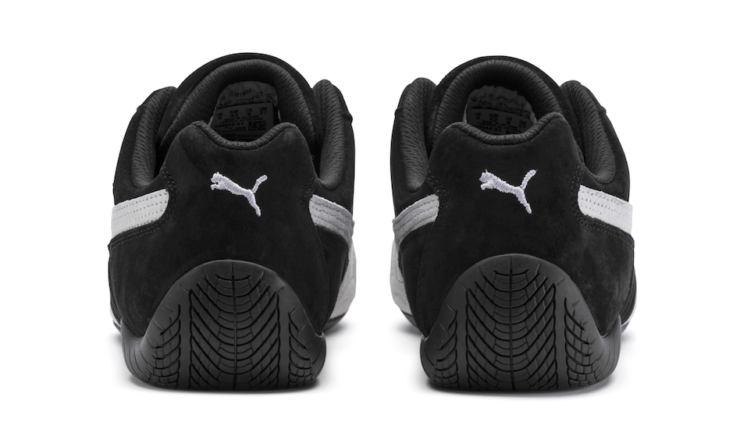 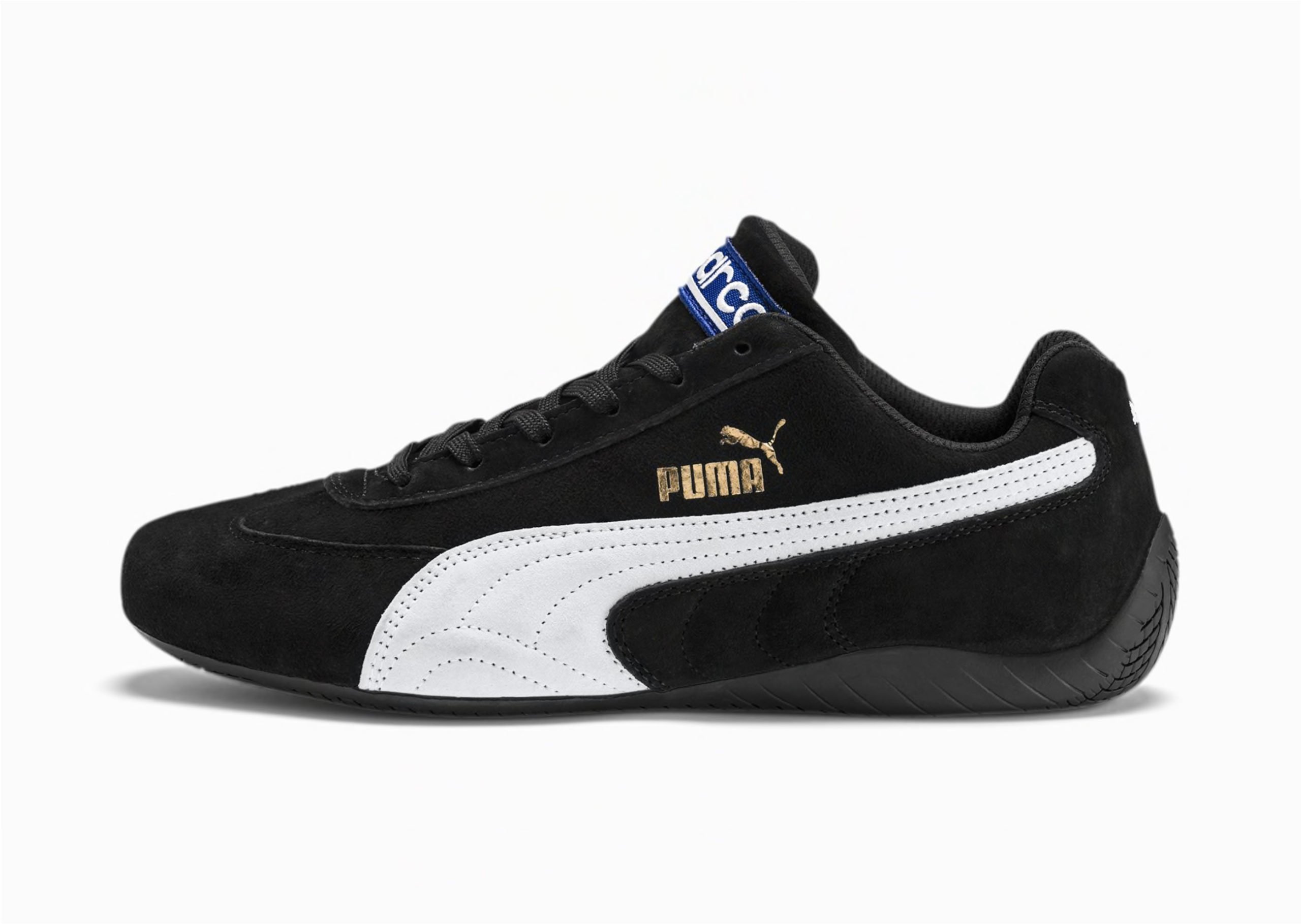