Hajarbroxx Motorcycles out of Bandung, Indonesia are producing some of the most unique customs we’ve seen for a while. This current bike, the Sith Lord, was built for a customer who wanted a Darth Vader themed bike, a horrendously ugly bike could have ensued, but Hajarbroxx pulled it off remarkably well.

Starting life as a 97 Honda GL200, the team at Hajarborxx rebuilt the engine and the front half of the bike, they went over the design with extreme attention to detail. Looking closely at the high resolution images of the bike brings out new features and design touches. The more you look, the more you see.

The donor bike is a 1997 Honda GL200, a common 200cc street bike sold in Indonesia. My client wanted a black ‘Darth Vader’ themed bike, and it was a challenge for me since I wanted to build a themed bike without looking like one. The original parts left were the engine (rebuilt to standard spec for daily use), half (front side) of the frame, the brakes, and the front shocks. Using 18′ wheels for front and back, we use CB650 triple tree so it could hold wider front tire.

The swingarm is custom made, and so are the battery box, the subframe, the front cowl, and the gas tank. The exhaust muffler is also a home-made and turn out pretty cool looking and sounds nice, too. The headlight is a nos light taken from an old suzuki cub.

It’s great to see builders in countries like Indonesia turning out bikes that are easily as good as the American, Australian and European custom builds that we usually see. Hajarbroxx’s first custom that saw the big time was the “Kill Hill” bike featured on Bike Exif, comparing that bike to this one shows a clear design language and I, for one, can’t wait to see more from them. 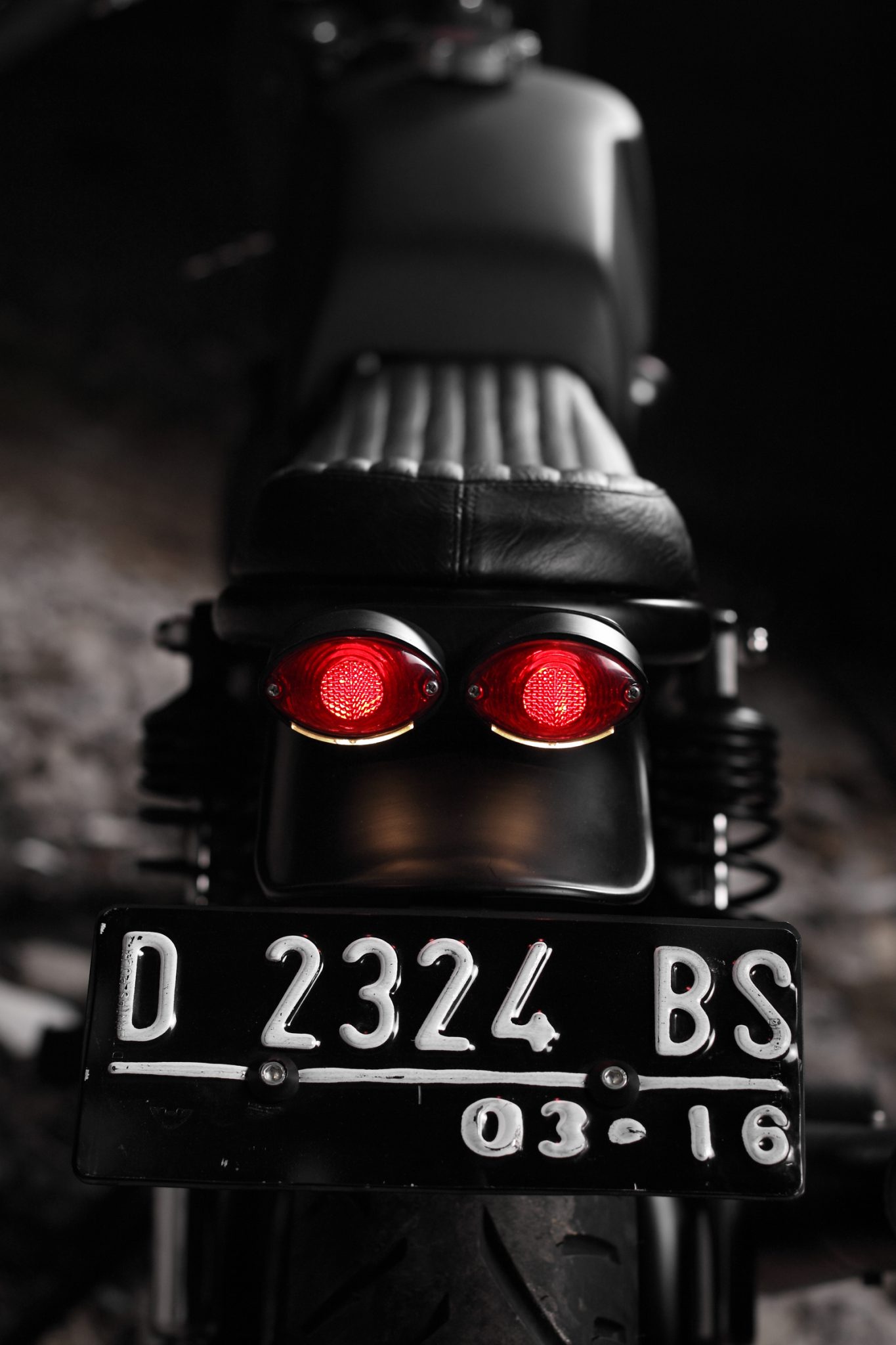 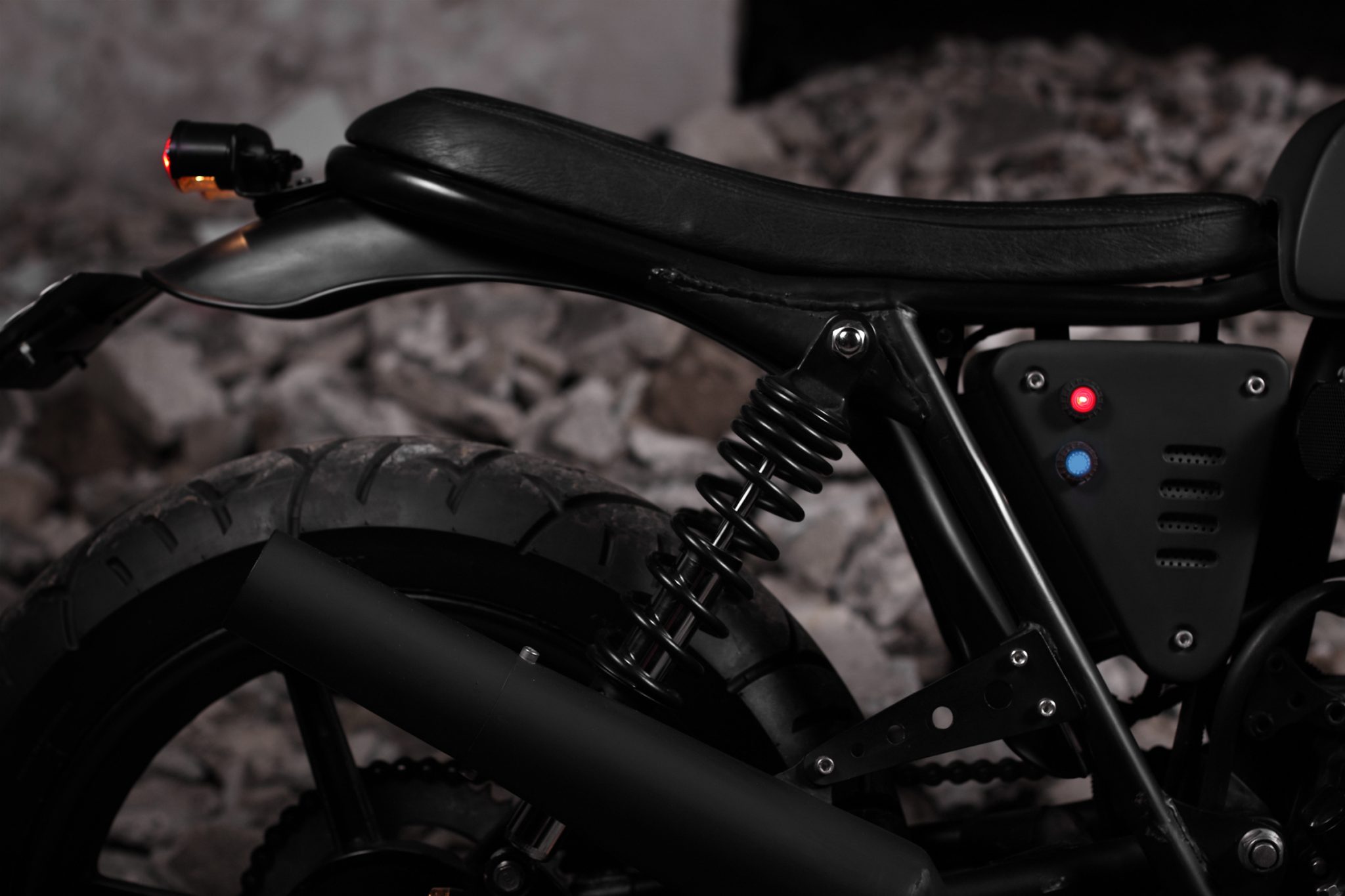 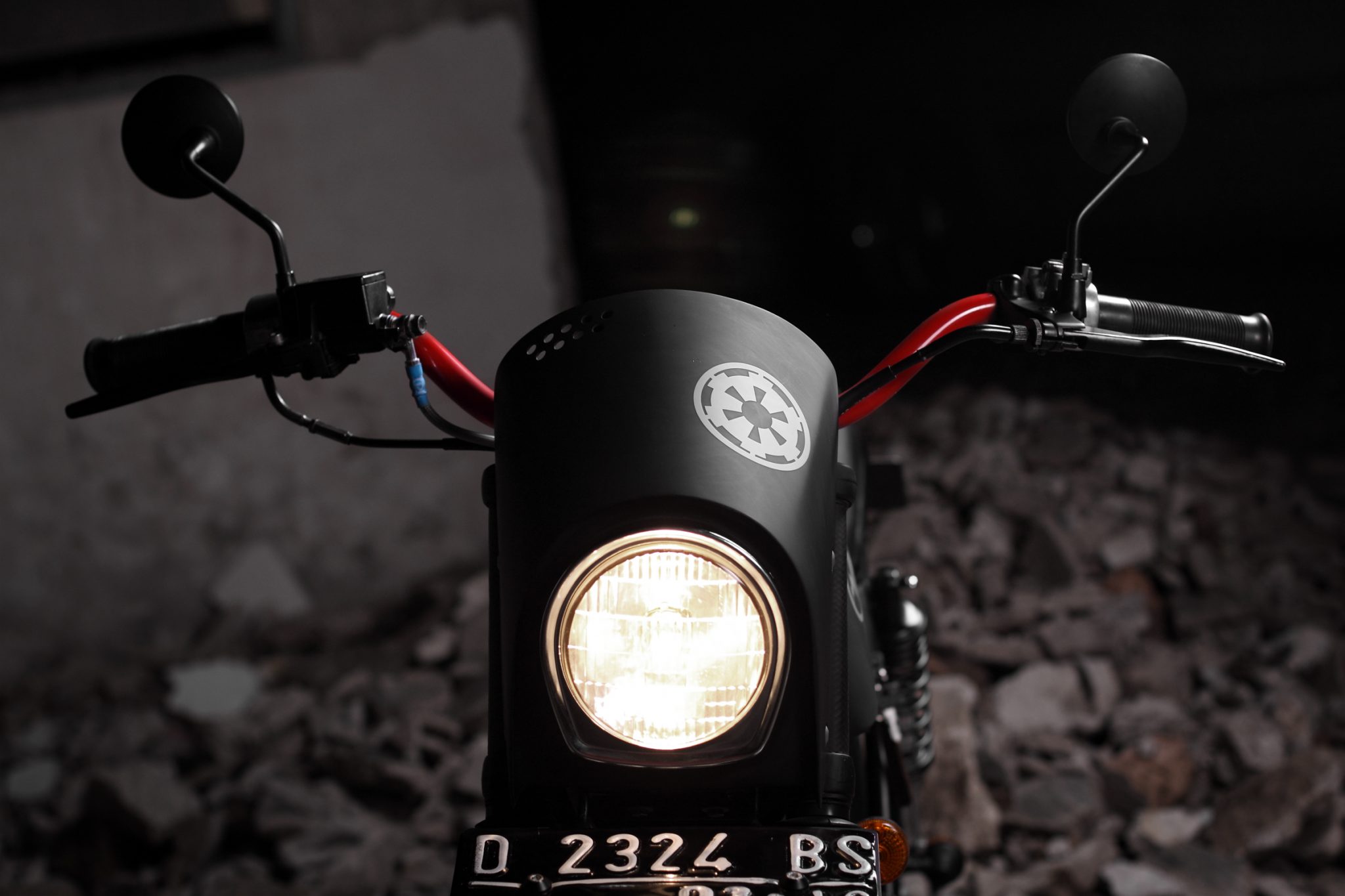 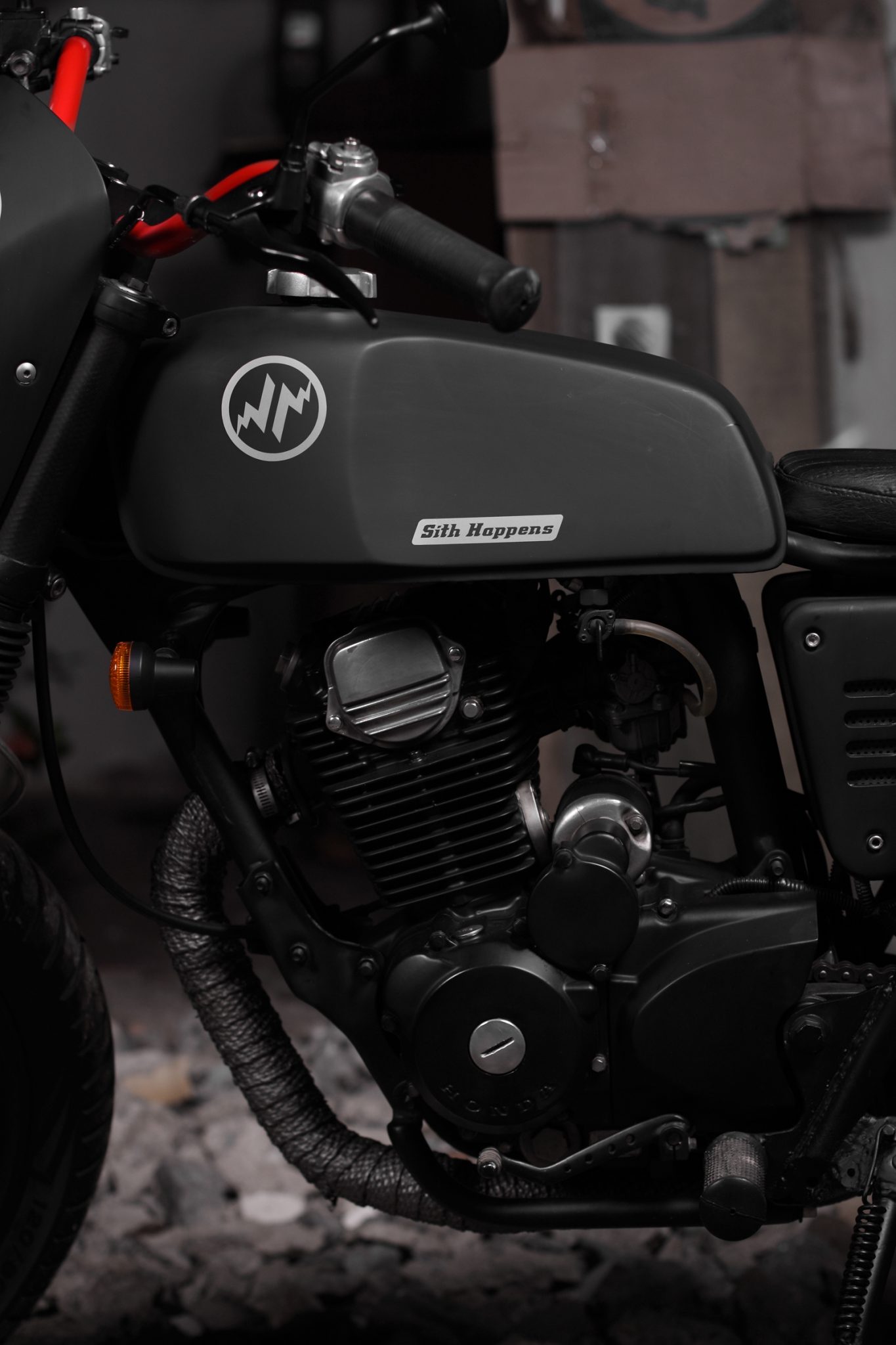 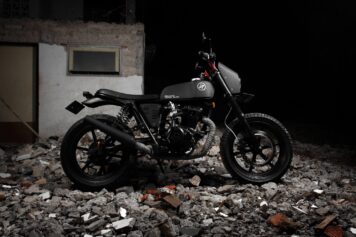 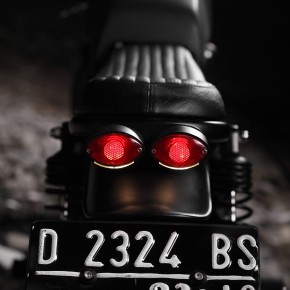 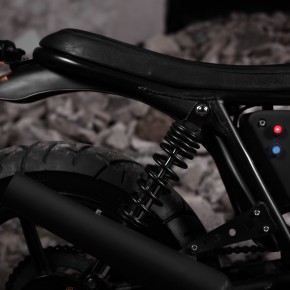 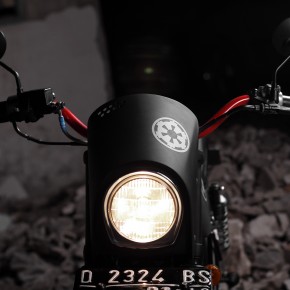 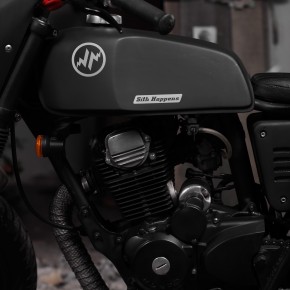 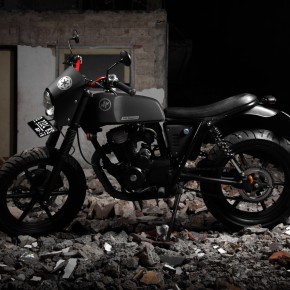 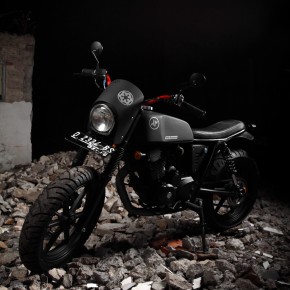 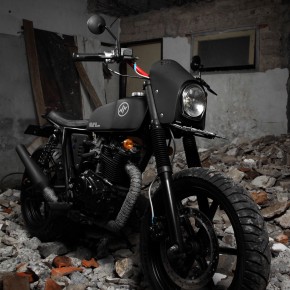 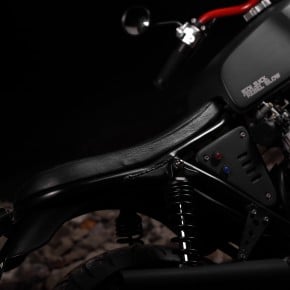 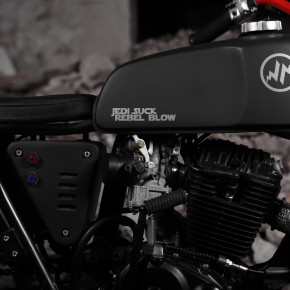