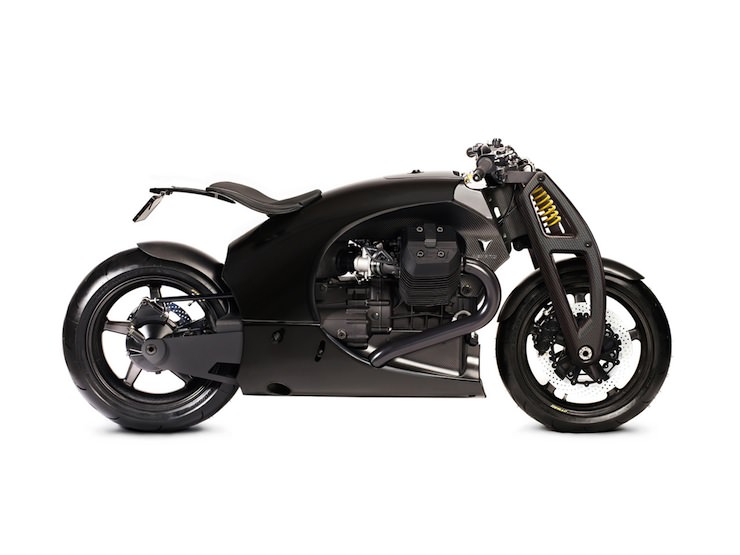 Renard Motorcycles was founded in 1938 in Estonia, the company was successful throughout much of WWII until an airstrike destroyed the company factory in 1944. Renard disappeared until 2010 when a team of Estonian entrepreneurs stepped forward to revive the brand with this motorcycle, the Renard GT.

In some respects the Renard GT is a European cousin of the bikes produced by Confederate Motorcycles in the United States, the models made by both companies are based around classic v-twins and use a wide variety of highly advanced components to create bikes that look like the sort of thing Batman will ride in the year 2113.

The Renard GT is powered by a Moto Guzzi Quattrovalvole v-twin with a displacement of 1326cc, it produces 123 hp at 7100 rpm and 134 Nm of torque at 5600 rpm. power is transmissted to the rear wheel via a mechanical 6-speed transmission and a shaft-drive, the suspension is provided by Öhlins on the front and back end and the frame is a single-unit carbon fibre monocoque giving the bike a relatively light weight of 170kgs. 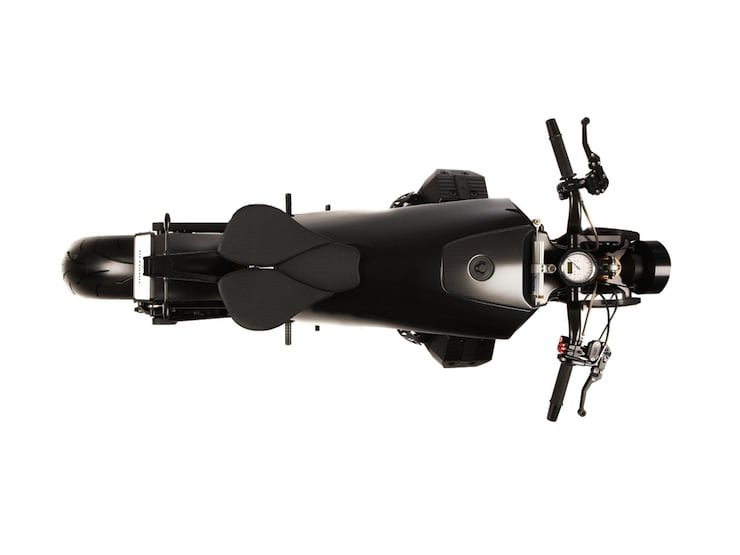 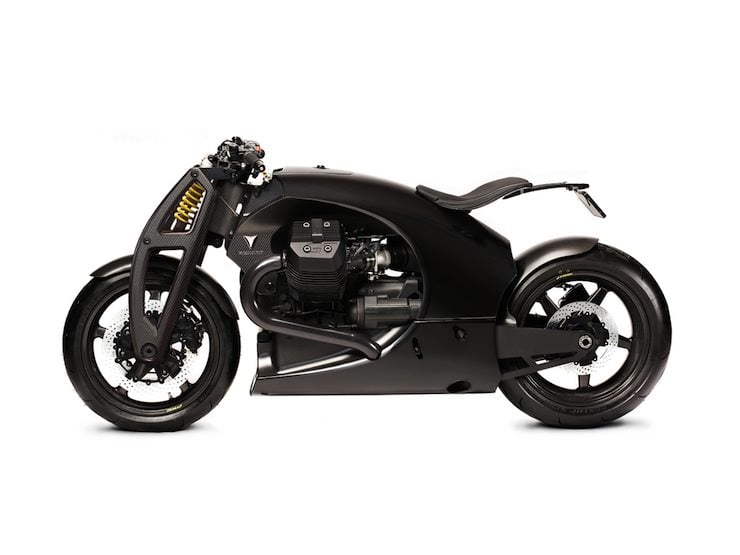