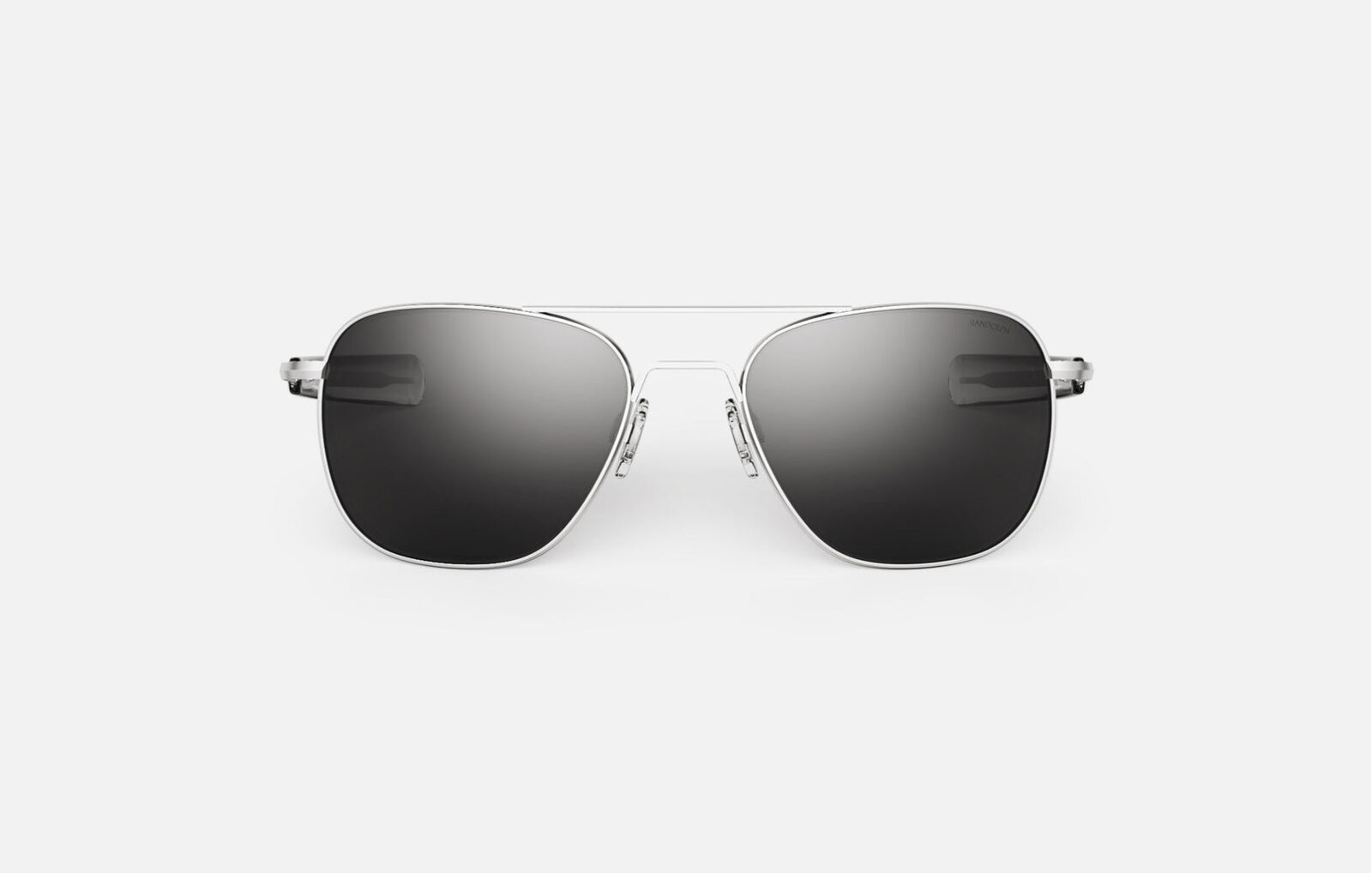 These are the Randolph Aviator Sunglasses, they have the unusual distinction of having been standard issue for U.S. military pilots and astronauts for over 40 years.

Each pair of Randolph sunglasses in this series are made in the USA in a lengthy process that requires over 200 individual steps. They have bayonet temples that were developed to allow the sunglasses to be put on and taken off without needing to remove your helmet, and they come in both polarized and non-polarized versions. 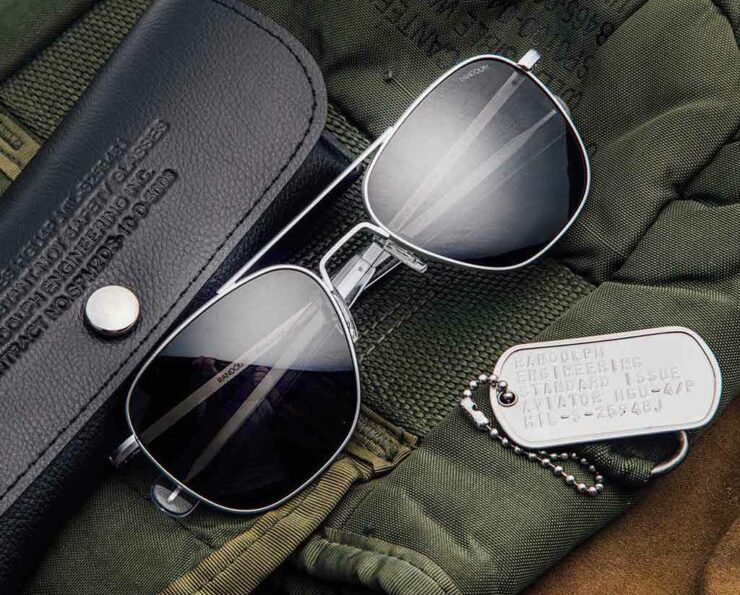 These sunglasses by Randolph Engineering have been standard issue for all U.S. military pilots for over 40 years.

This model come with “American Gray” lenses, there were originally engineered for military pilots and they maintain true color and contrast distribution throughout all light and terrain conditions.

The Randolph sunglasses you see pictured here are part of the new military special edition, there are six individual styles, three have polarized lenses and three do not. Frames are available in matte chrome, matte black, and 23k gold. 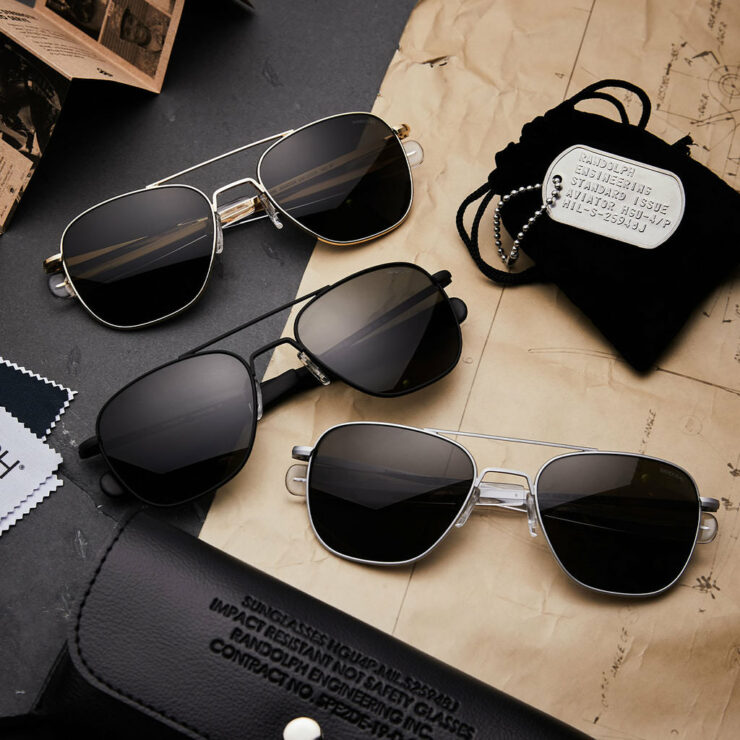 The polarized models are fitted with SkyTec™ Glass polarized lenses with Vector™ anti-reflective Blue Wave™ lens technology, and they all have built-in glare prevention with UVA/UVB protection.

When ordering you can choose between 52mm, 55mm, and 58mm sizing, and all Randolph sunglasses are guaranteed for life. 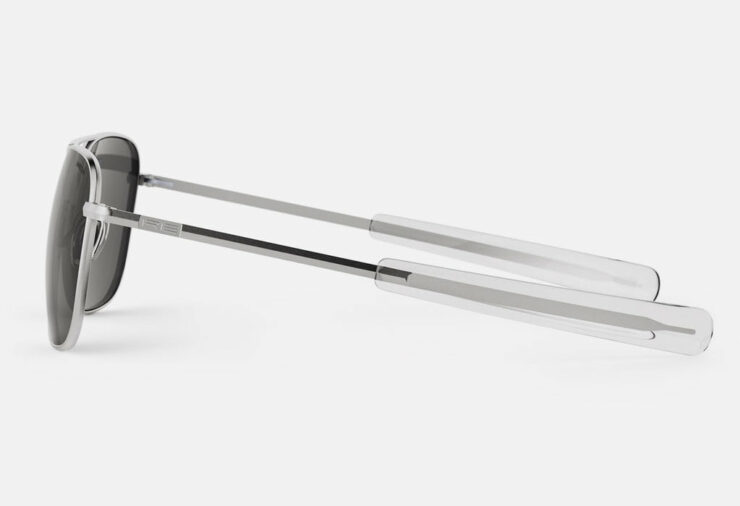 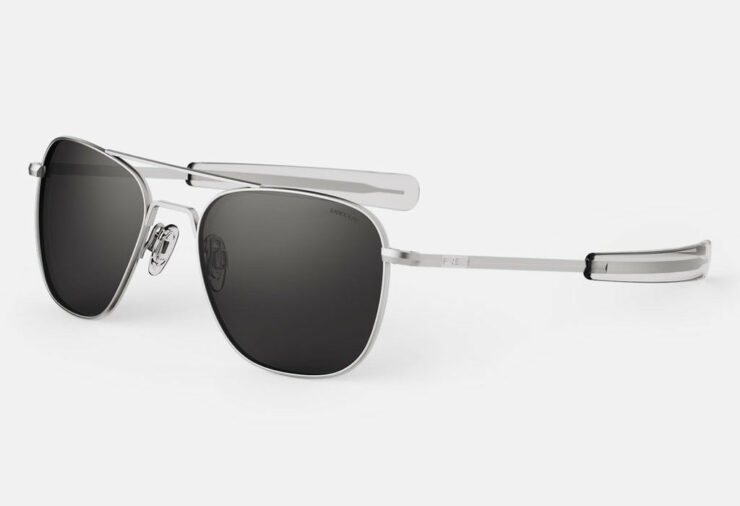 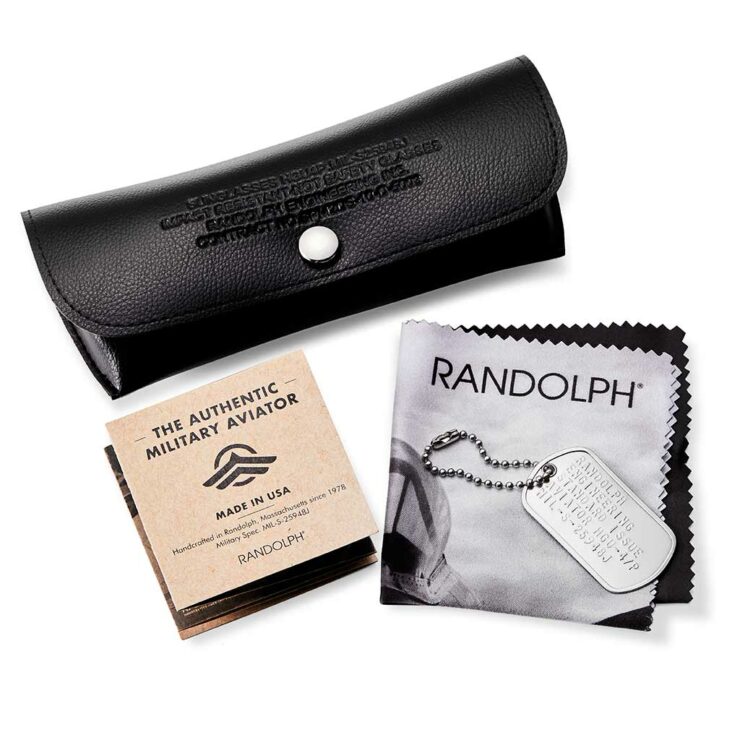 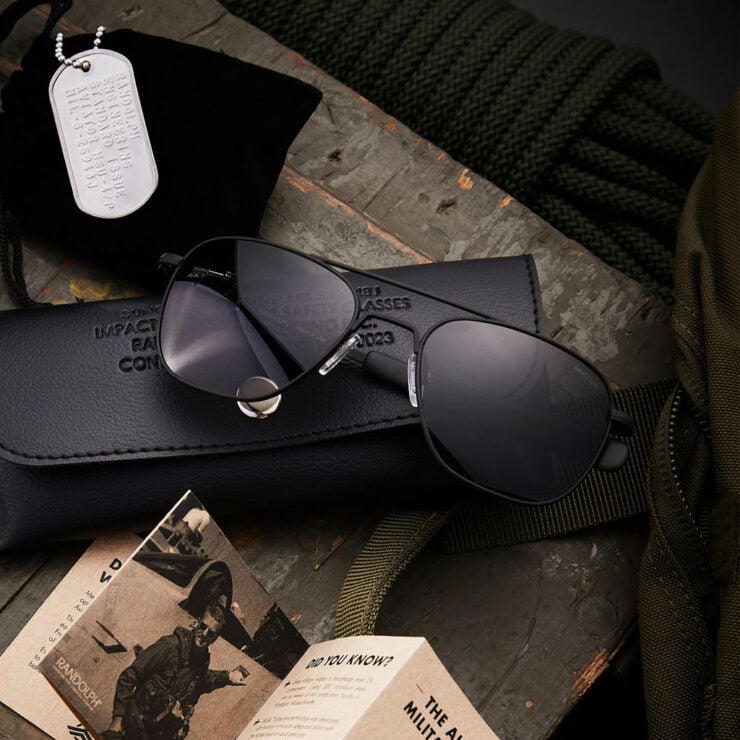