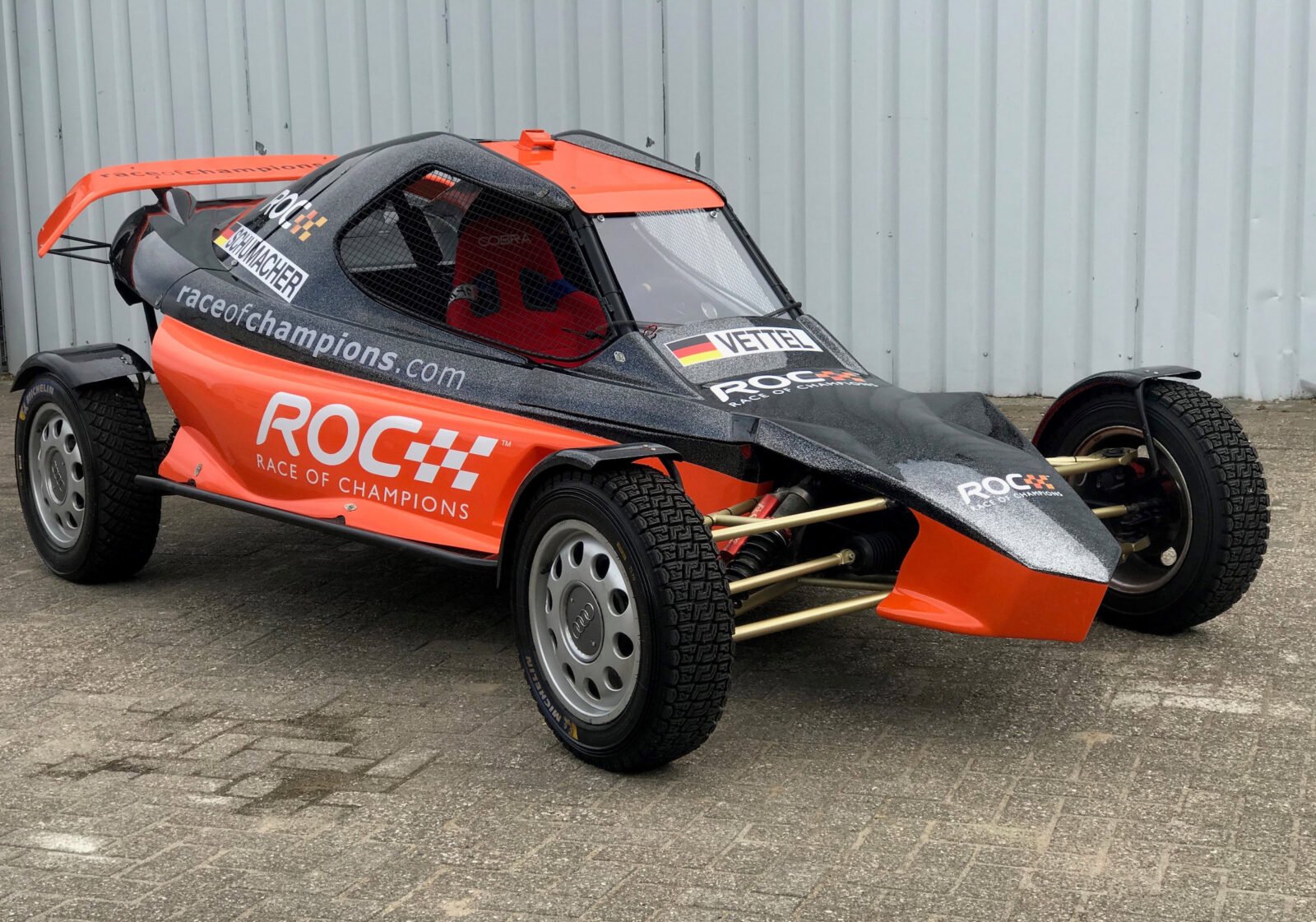 This is the Race of Champions Buggy (ROS Buggy) driven by Michael Schumacher and Sebastian Vettel at the 2012 event. The two men have 11 Formula One World Championships between them, and they won Race of Champions Nations Cup title in this buggy driving as a team for Germany.

The purpose of having a bespoke racing buggy developed was to completely level the playing field for all of the drivers, it was also important not to use a current production car as this would give the maker of the car a huge PR win and would likely result in many drivers being unable to compete due to pressure from sponsors or team bosses.

As a result of this, information about the origin of the buggy’s drivetrain is difficult to come by. We do know that it’s powered by a 1.1 litre 175 bhp, 115 Nm inline 4-cylinder engine which is mated to a 5-speed sequential gearbox. Given the engine and transmission’s specifications it’s almost certainly a motorcycle engine, probably from a superbike built by one of Japan’s big four. 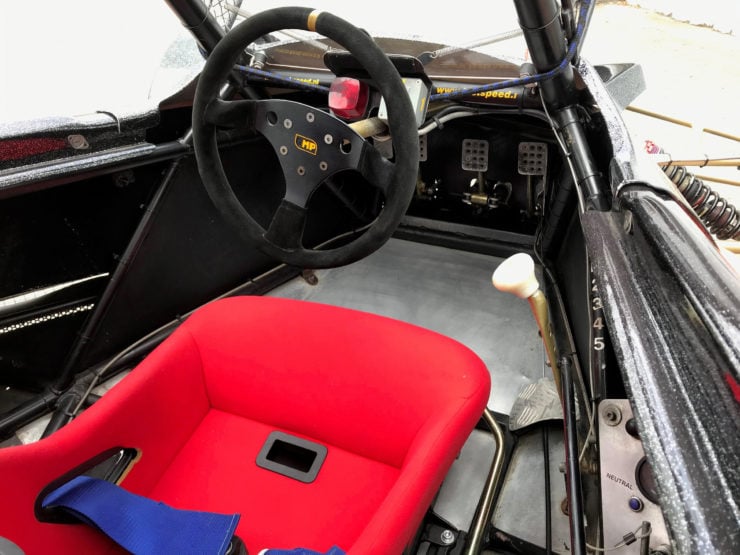 Although 175 bhp and 115 Nm of torque may not sound like much, the buggy weighs in at just 1,047 lbs (475 kgs) and as a result it has a 0 to 62 mph time of just 2.9 seconds and a top speed of 120 mph. Suspension is by double A-arms front and rear with long travel off-road coil overs, the chassis is a welded tubular steel space frame, and the body panels are all GRP.

The Race of Champions Buggy, or “ROC Car” as it’s commonly known, was first raced in 1999 at the first Race of Champions that was held in Gran Canaria. The buggies were built by the specialist automobile engineering company Fast & Speed based out of the Netherlands, they build a variety of off-road racing buggies and on-road race cars.

We don’t often see these buggies coming up for sale and this one is being offered for auction to raise funds for the IFRC’s global Covid-19 response. The buggy is being offered for sale (along with many other items) directly from the collection of the Fédération Internationale de l’Automobile (FIA). The FIA has already donated €1 million to the cause, and 100% of the funds raised from this auction will go to the IFRC. 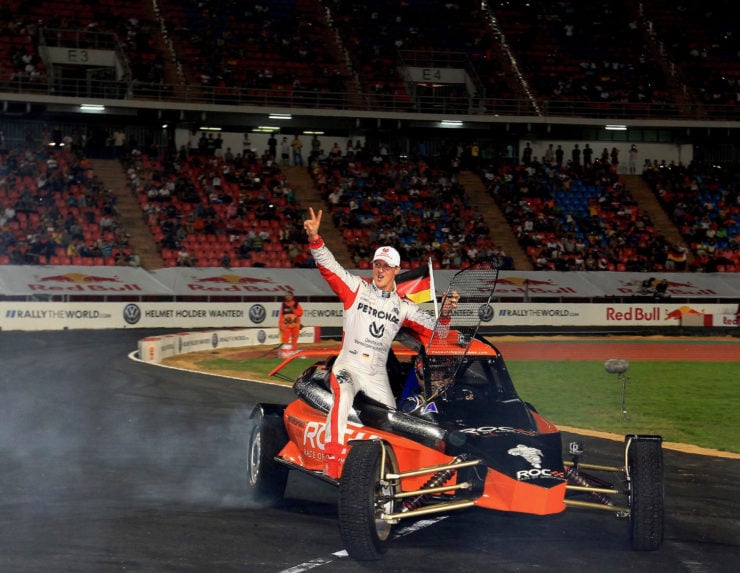 Given the fact that this buggy was driven to a win by a team made up of Schumacher and Vettel it will have significant appeal to collectors. It’s said to be in good running condition and spare parts are unlikely to be hard to come by, it doesn’t have an odometer so there’ll be no concern about keeping the miles low, and it’ll make whoever drives it the automatic king of any track day or hill climb they take part in.

If you’d like to read more about this buggy or register to bid you can click here to visit the listing on RM Sotheby’s. There’s no estimate on it at the time of writing, and it’s being offered with no reserve. We’ve added the highlights of the 2012 ROC Nations Cup event below, where you can see this buggy being driven by Vettel. 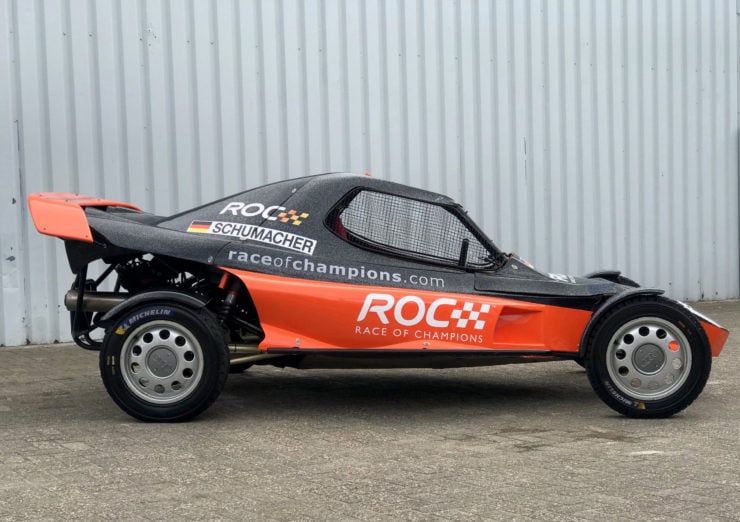 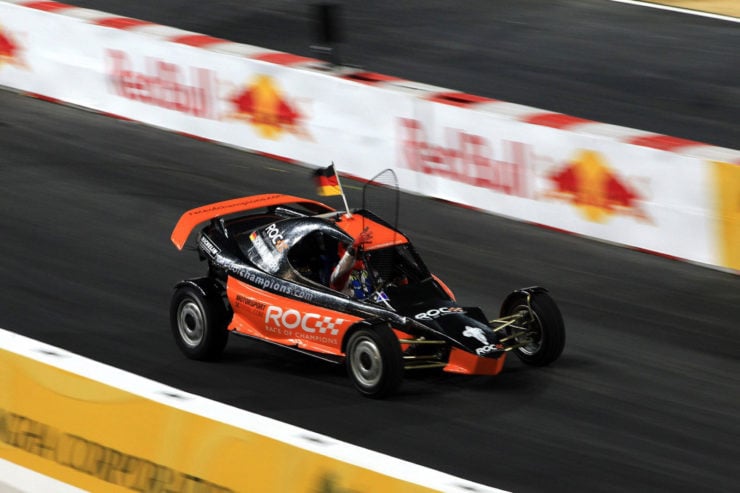 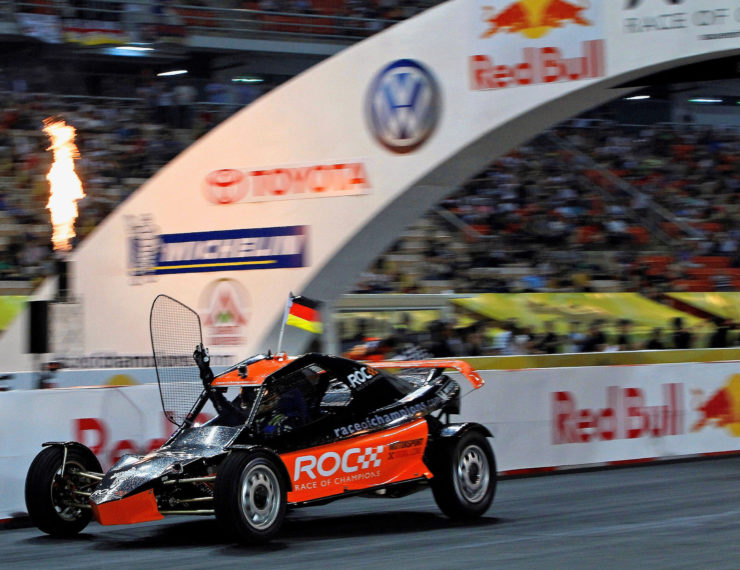 Images courtesy of the FIA via RM Sotheby’s