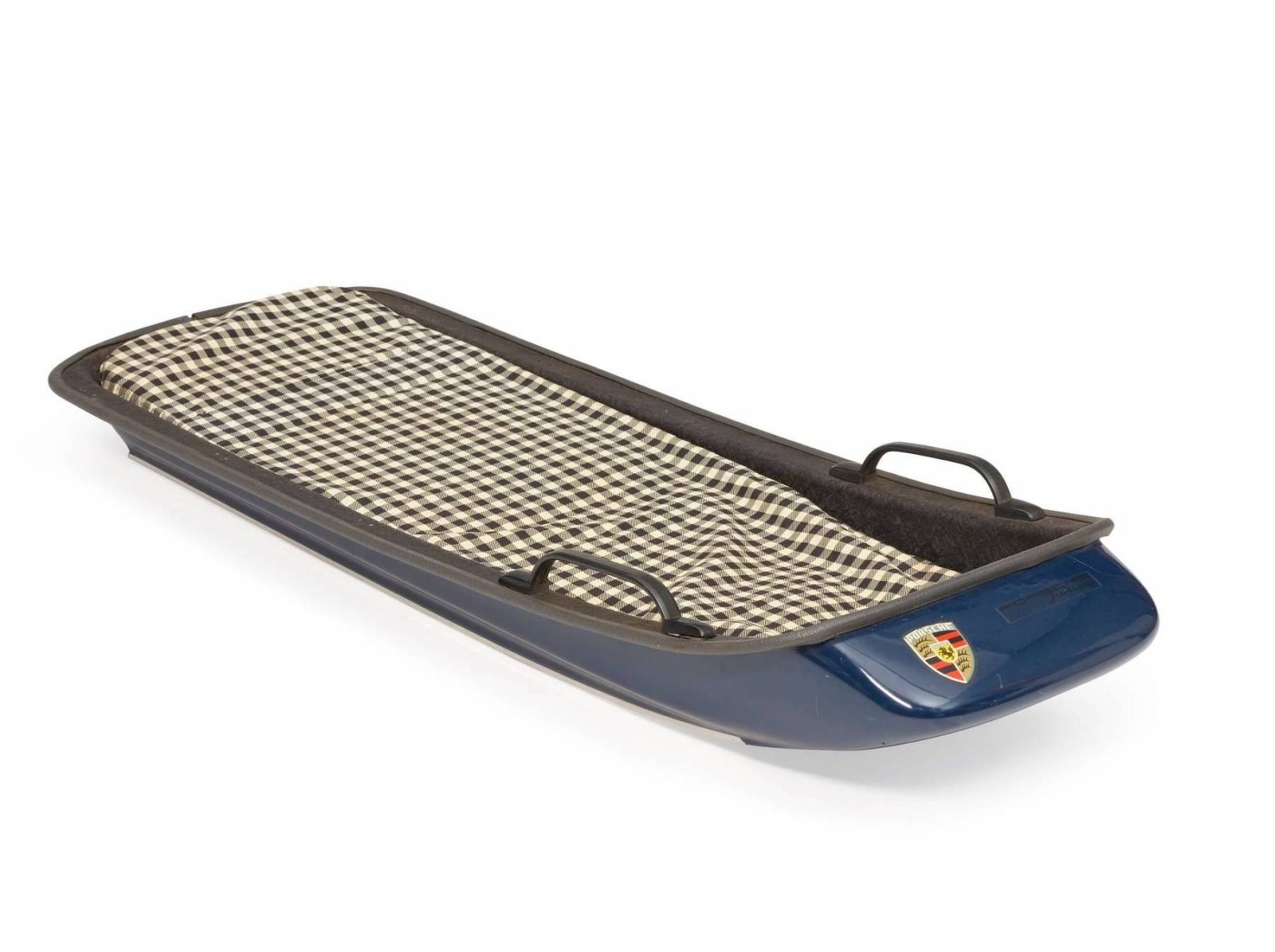 This is a rare Porsche Junior “Sport Toboggan,” an idea that was conceived in 1964 with prototypes made from fiberglass. They were tested by Ferry Porsche himself, along with his family, before they were put into production.

Interestingly, 1964 was the same year that Porsche began experimenting with fiberglass in earnest as they developed the advanced (for the time) body for the Porsche 904 sports racing car. 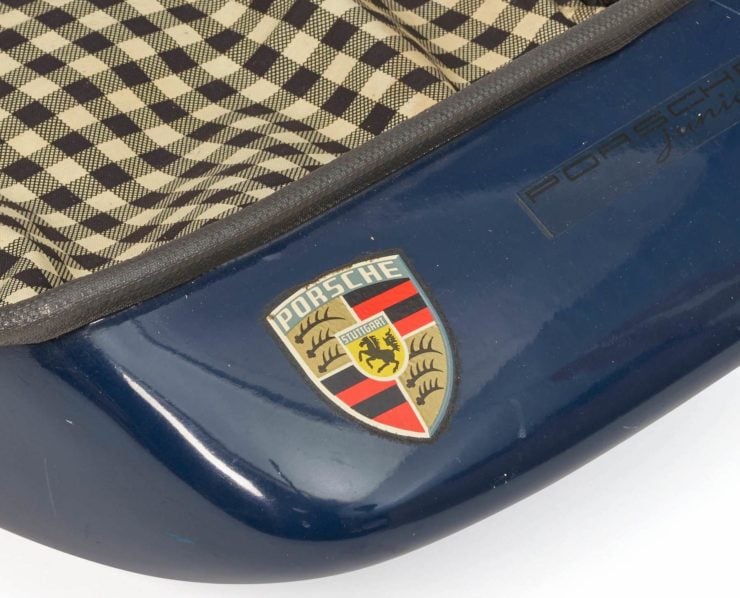 The toboggan carries Porsche badging and it was tested by Ferry Porsche, with members of his own family.

This experimentation with fiberglass moulding techniques seems to have led to some Porsche employees deciding to make toboggans, otherwise known as sleds. It’s possible that the Porsche Junior Toboggans were made in the same fiberglass section of the factory as the Porsche 904s from the same chopped fiberglass.

Images from the period show the Porsche Sport Toboggan being used on snow and also on water being towed behind a boat, perhaps an early pre-cursor to wakeboarding.

The toboggan measures in at 36″ x 12″ x 38″ and it has a plaid cushion inside to keep it comfortable. It’s finished in dark blue with a black interior, there are aluminum caps over the sled rails underneath to avoid damaging the fiberglass, and there are two handles on top.

The toboggan comes with this framed collection of magazine articles, you can click the image for a larger version however the resolution is still a little too low to read.

The toboggan also comes with a large framed array of magazine features on it and its design, including an image of the Porsche family in the snow with the children playing on the sleds.

Porsche experimented with a number of lighthearted snow toys over the years, the most famous is almost certainly the Arova-Porsche 212 Skibob. This is essentially a bike for the snow with skis in place of wheels.

It’s now known how many of these were actually made but the good news is that the one shown here is for sale. It’s currently being offered for sale in a live online auction with The Market by Bonhams with a price guide of $800 – $1,200 out of Los Angeles, California.

If you’d like to read more about the unusual Porsche Junior “Sport Toboggan” or place a bid you can visit the listing here. 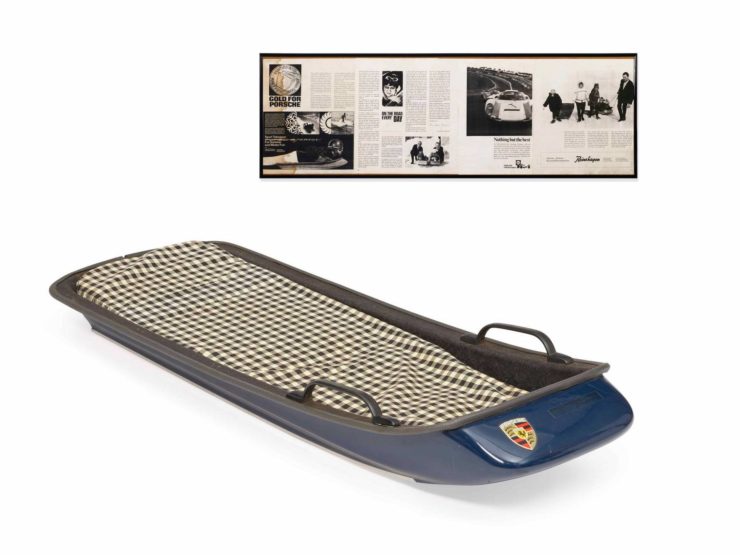