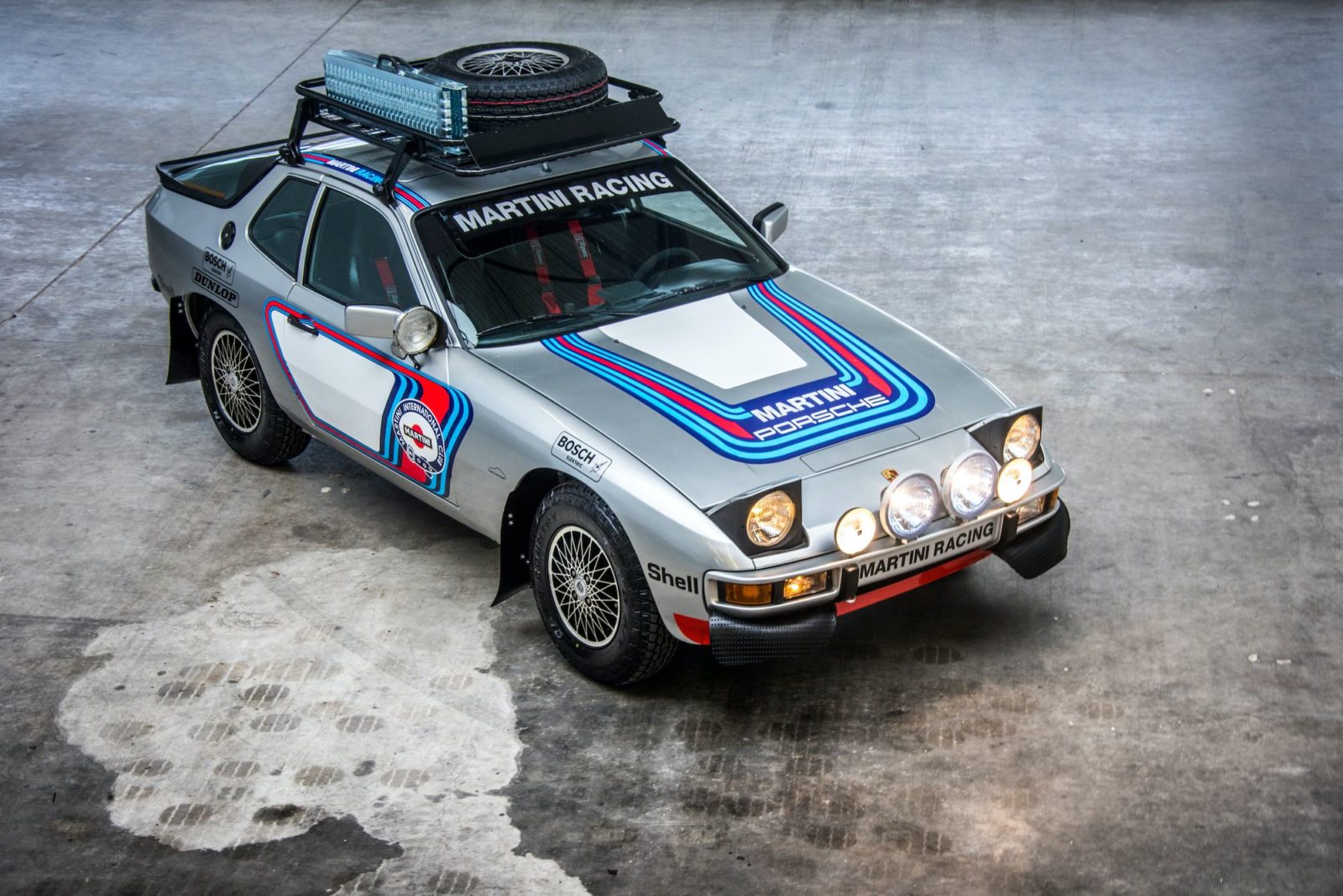 This is a 1978 Porsche 924 that has been rebuilt to classic Safari Rally specification, with lifted suspension, a wider track width, larger all-terrain tires, front-mounted spotlights, and a roof rack carrying a spare tire and sand ladders.

The Porsche 924 was raced regularly in-period, its aerodynamic styling and almost perfect weight distribution thanks to its rear-mounted transaxle made it a perfect choice for a variety of motorsport formats. and Porsche created two variants specifically for racing – the Carrera GT and Carrera GTR.

The Porsche That Was Almost A Volkswagen

Volkswagen hired Porsche in the early 1970s to build them a new affordably-priced sports car. They were instructed to use as many pre-existing parts as possible (including engines and transmissions), and it’s possible that the design of the car was influenced to some degree by the Volkswagen SP2 from Brazil. 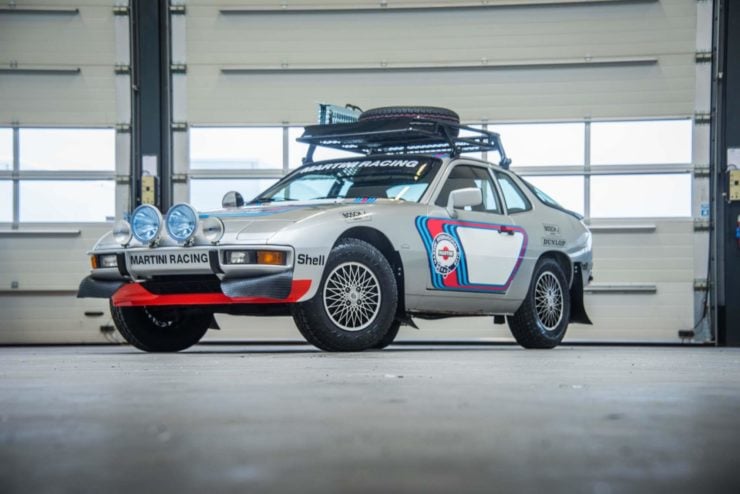 A slew of modifications and upgrades have been applied to this 924 to bring it up to Safari Rally specification, among other changes it now rides on lifted suspension and Toyo all-terrain tires.

Due to a number of factors including the 1973 Oil Crisis, VW decided not to proceed with the project quite late in its development. Porsche negotiated to buy the design, a deal was struck, and Porsche further developed the car as a replacement for their outgoing 914 model.

The Porsche 924 has long been viewed as a somewhat undesirable vehicle due to its lower entry level price point and the lower power output of the original 1970s-era 924. In recent years they’ve been seeing their popularity begin to rise alongside the closely related Porsche 944.

Though it was never as desirable as the Porsche 911 or other exotics from the Stuttgart-based automaker like the 944 Turbo, the Porsche 924 played a key role in keeping the company in business through the late 1970s and into the 1980s.

150,000+ examples of the 924 were sold which brought in much needed capital, and the model is remembered today as the first front-engined Porsche, the first Porsche powered by a liquid-cooled engine, and interestingly enough, the first Porsche offered with an automatic transmission. 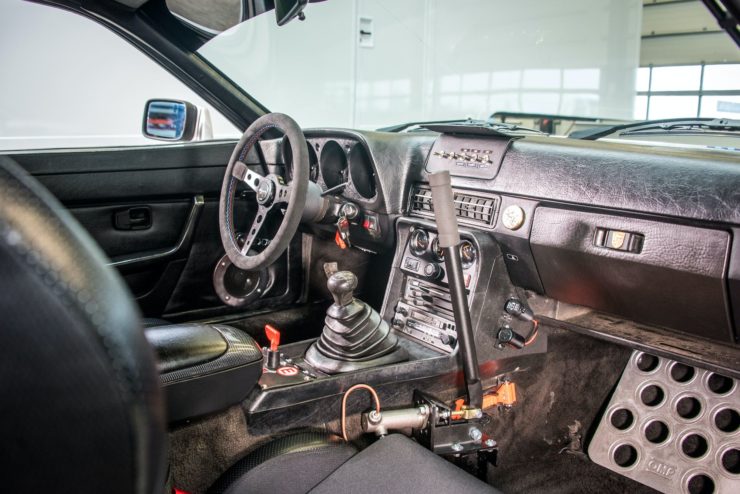 The interior of this 924 has been significantly modified, with Auto Style bucket seats and harnesses, a hydraulic handbrake, VDO gauges, a Vigor steering wheel, a fire extinguisher, and retrofitted toggle switches.

The car you see here is a significantly modified 1978 Porsche 924, it’s been built to Safari-specification, a reference to the great African safari rallies.

The team behind this car integrated a range of modifications to bring the car up to Safari Rally standard, the suspension has been lifted, the track width increased with spacers, and Toyo all-terrain tires have been fitted to the original 15 inch mesh alloy wheels.

A roof rack has been added up top, it carries a spare tire and a pair of sand ladders, presumably for use in the Sahara. Martini Racing livery has been added to the outside and hefty spotlights have been installed up front.

The car is currently being sold in a live online auction on Collecting Cars, and at the time of publishing there are a few days left to bid. You can click here if you’d like to read more or register to bid. 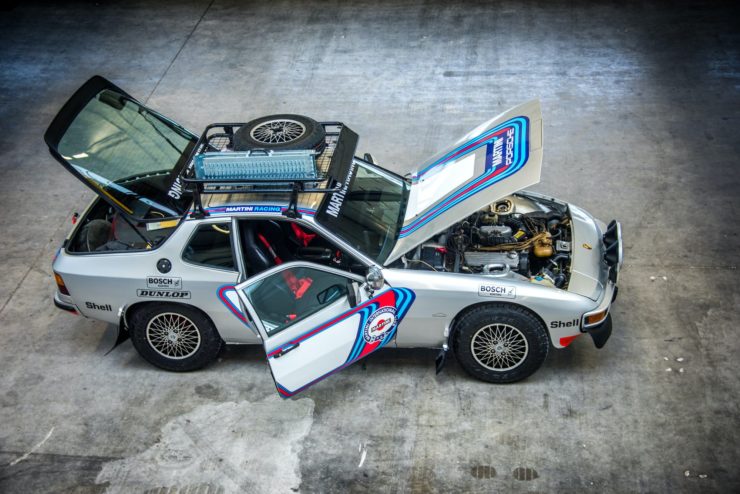 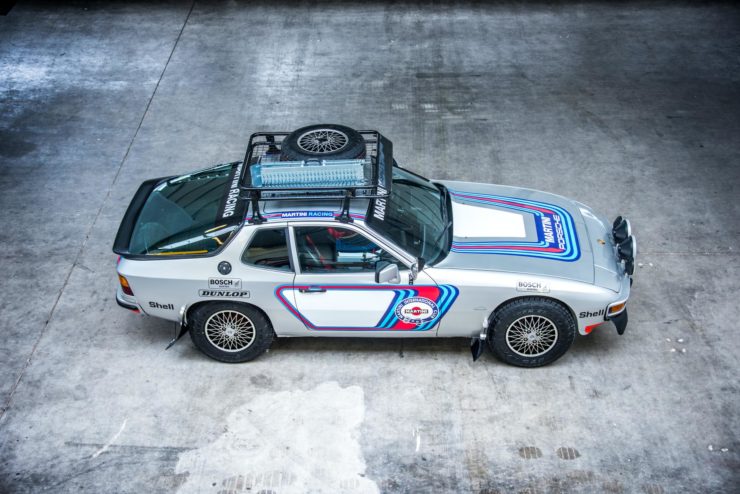 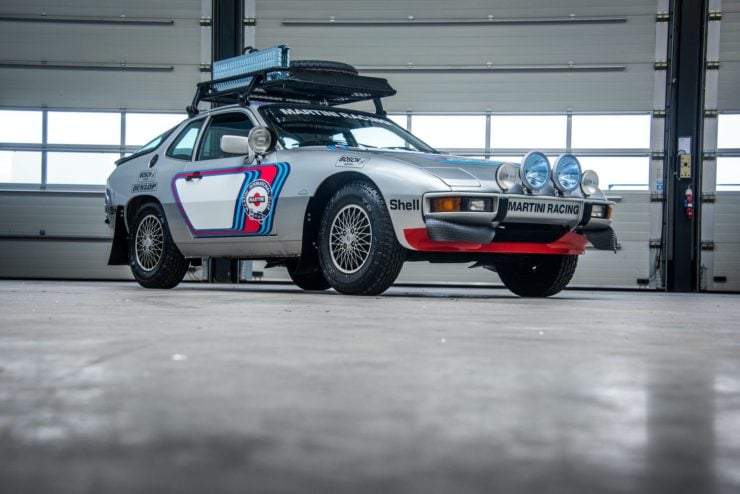 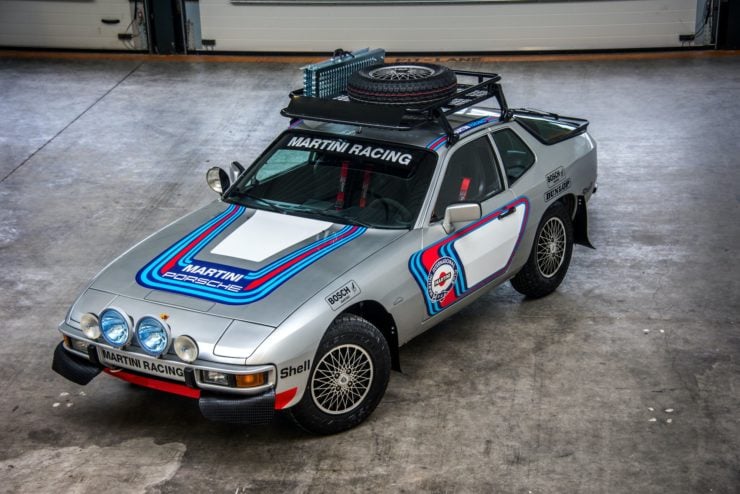 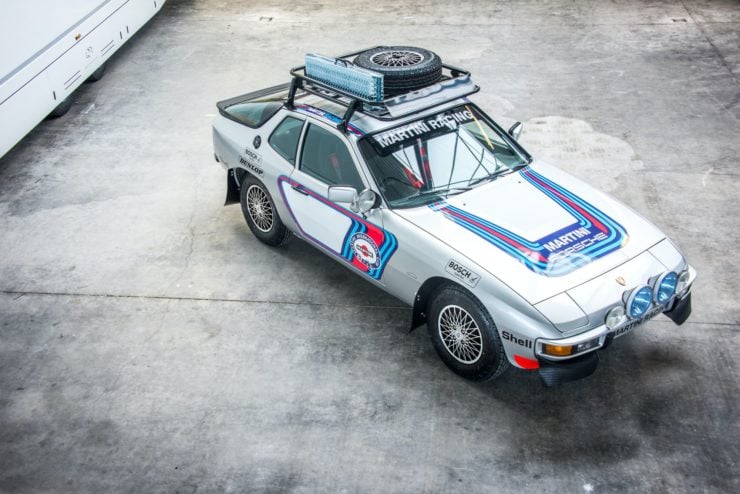 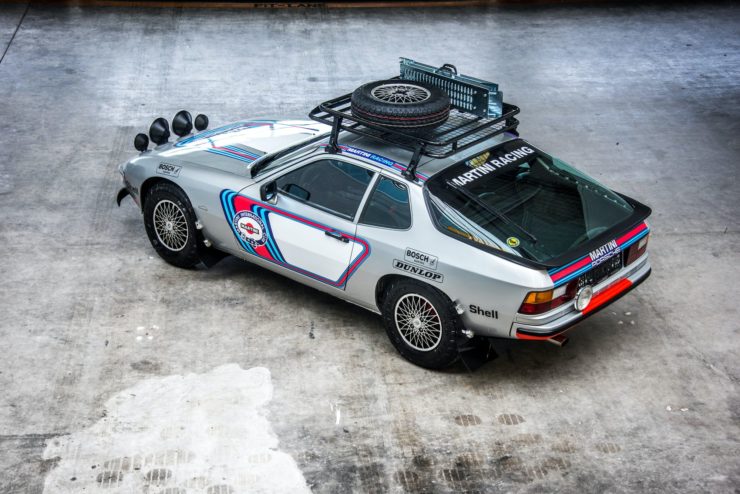 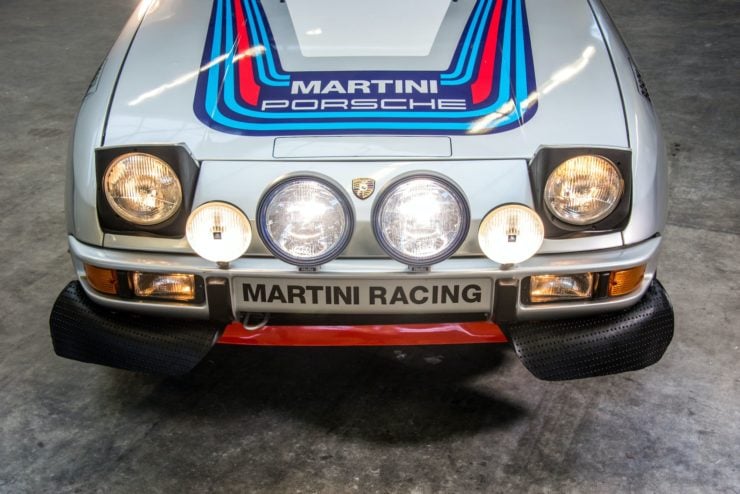 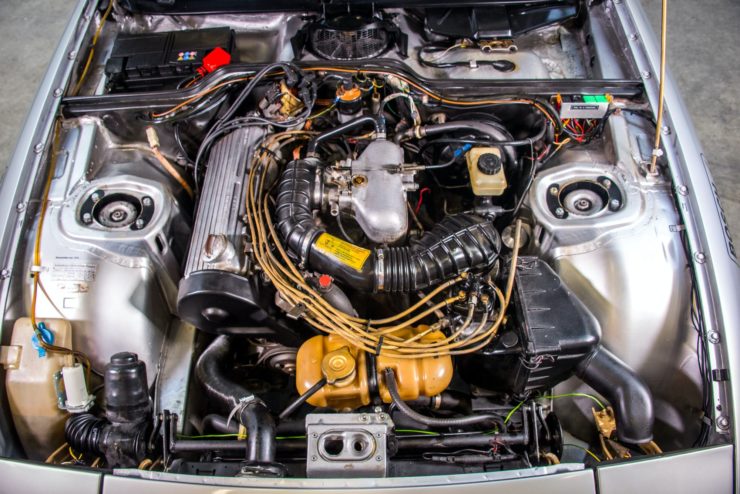 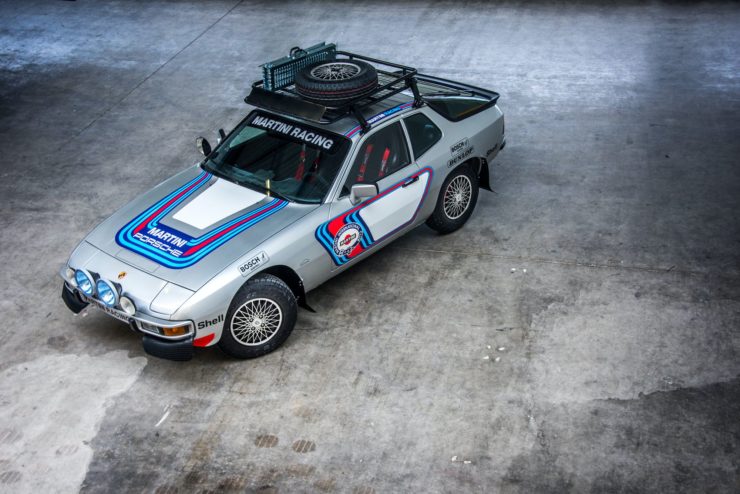 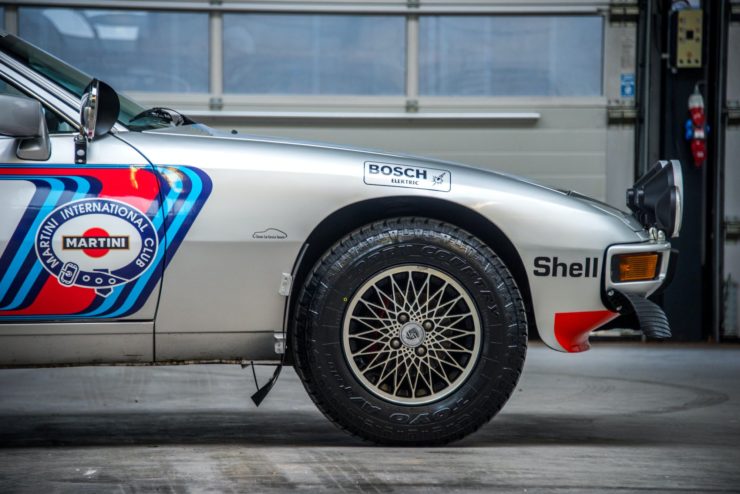 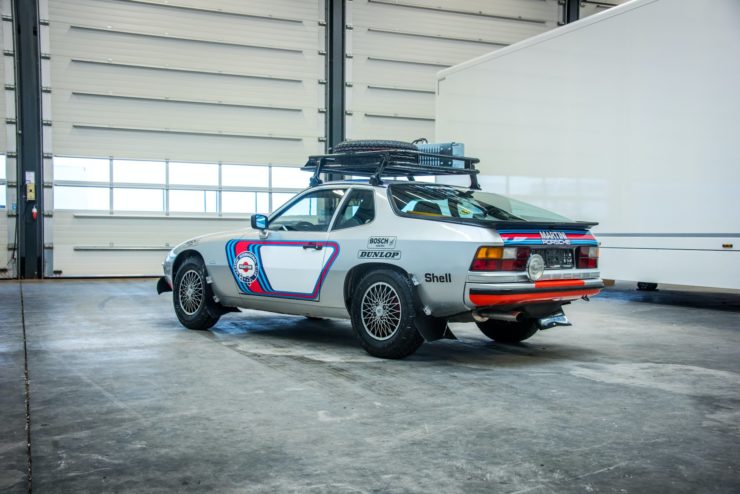 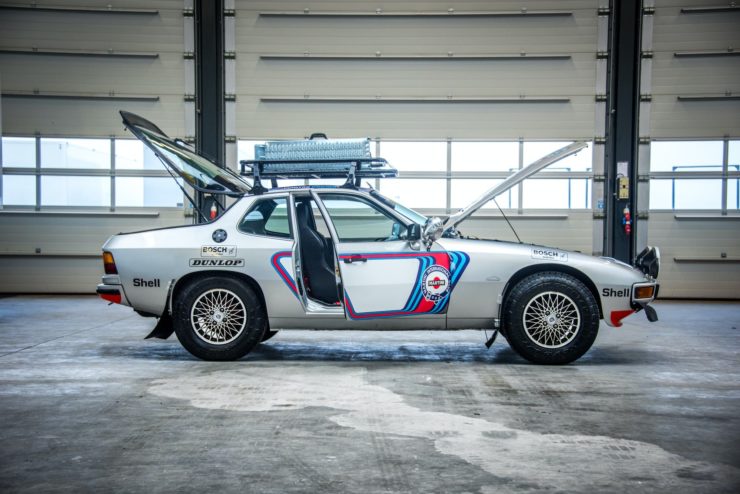 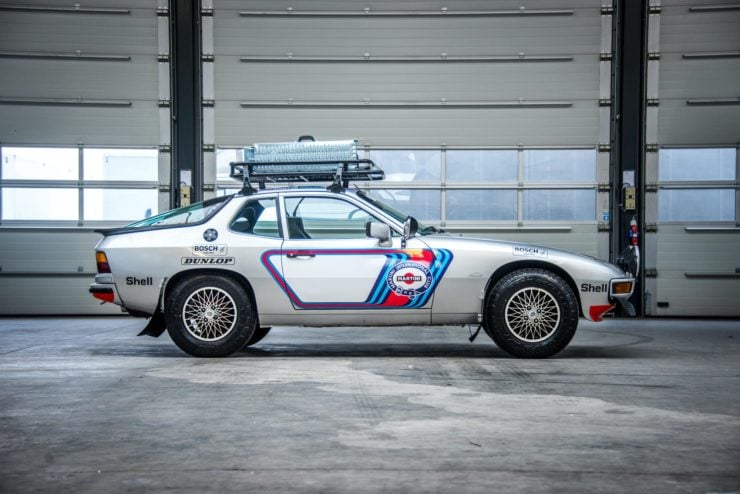