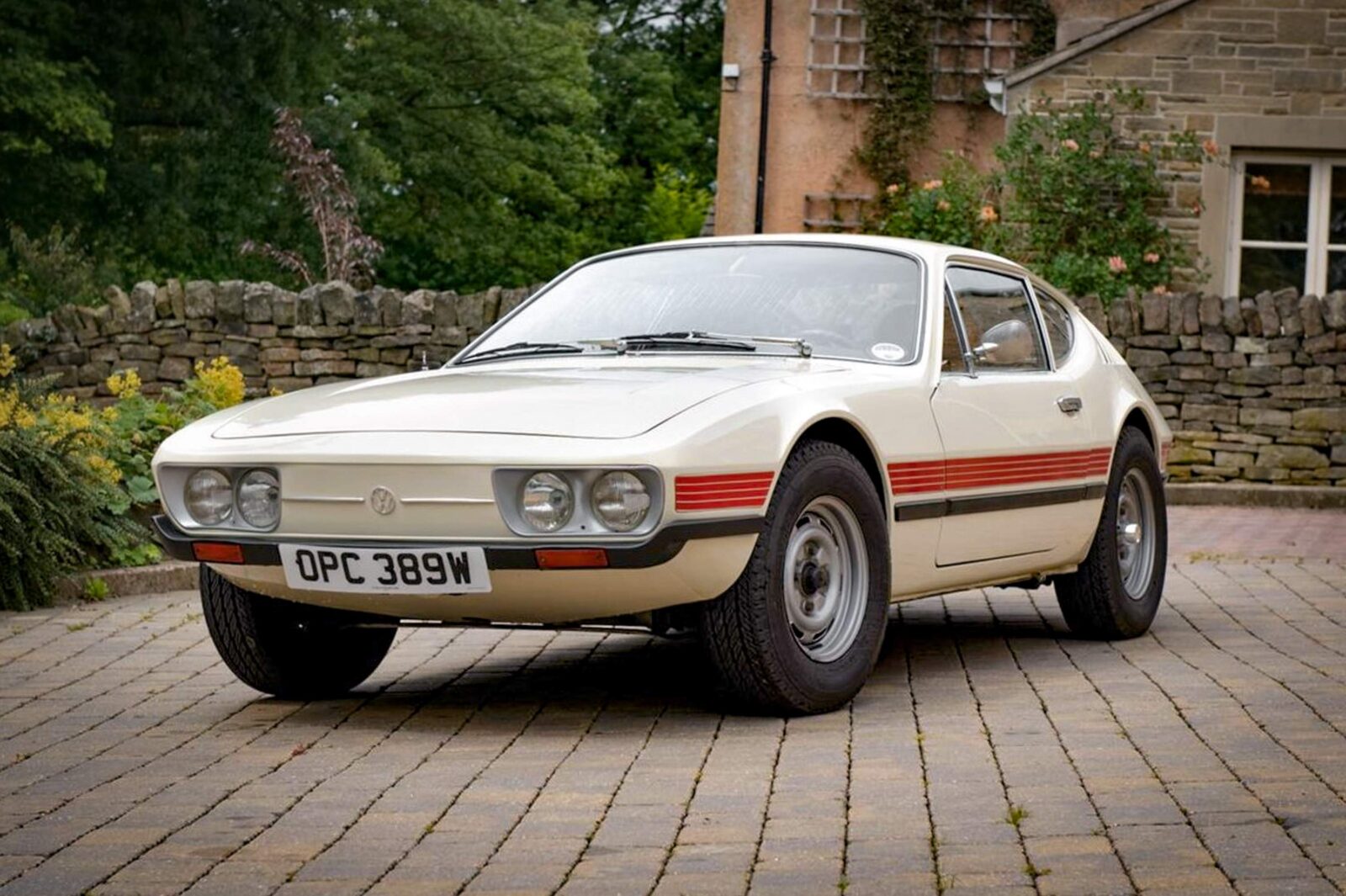 Although it’s little-known outside of its native Brazil, the VW SP2 has become a cult classic in air-cooled car circles and they’re now highly sought after. Though relatively few have been exported.

In the early 1970s the best selling sports car in Brazil was the locally made Puma, a fiberglass-bodied vehicle that used VW Beetle running gear. 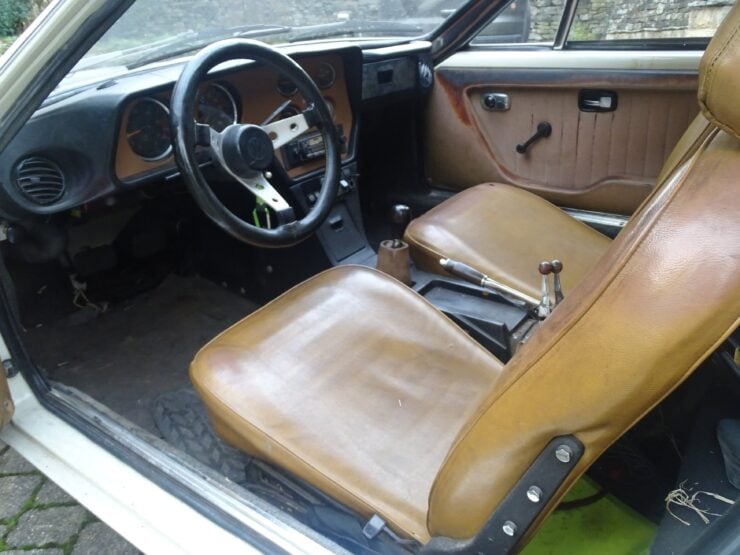 The interior of the SP2 was well-appointed for a Brazilian-made sports car of the time, considerably ahead of its competition.

Brazil had strict import taxes on vehicles at the time in an attempt to foster a stronger local automobile manufacturing sector, so the only real options for Brazilian sports car fans were low production volume vehicles like the Puma, Miura (not the Lamborghini), and the Santa Matilde.

It was likely the sales success of the Puma that set the ball in motion for the production of the SP1 and SP2, it was clear there was strong demand for a local sports car.

A team at the relatively autonomous Volkswagen do Brasil led by Senor Schiemann set to work on the project, using as many pre-existing VW parts as possible in order to keep development costs as low as possible.

They called it “Project X” and impressively they were able to go from prototype to production model in roughly two years. It’s clear that the SP vehicle series was intended for long term production as significant investments were made in steel stamping equipment for body panels. 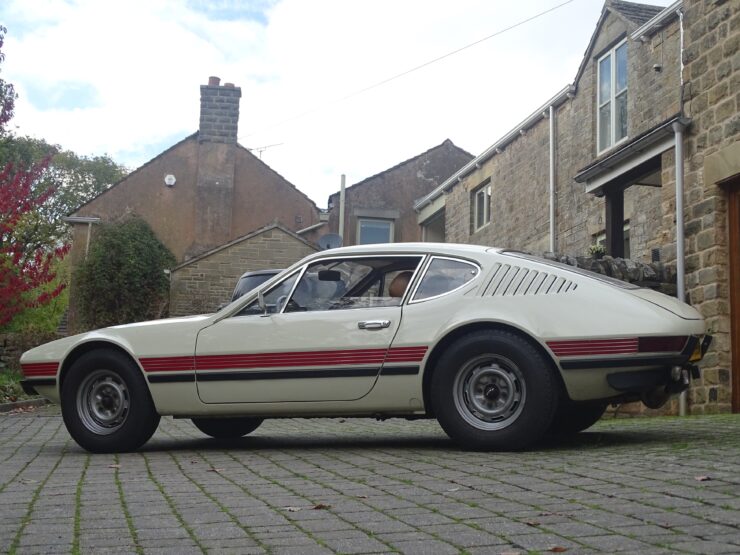 With its rear-mounted air-cooled engine, sleek styling, and fastback rear the car has been compared with the Porsche 911 and 912.

Many parts for the SP1 and the SP2 were sourced from the Brazilian made Volkswagen Variant, including the distinctive headlights. Unlike the fiberglass-bodied Puma, the SP2 has a steel body and excellent fit and finish throughout, though this did result in the car being notably heavier.

Such is the popularity of the SP2 in Brazil that efforts have been made to bring the car back into production in redesigned form, though these plans are still on the drawing table at the time of writing.

The key difference between the SP1 and the SP2 was power output, the SP1 was fitted with a 65 hp engine and just 88 examples were ever built. It was intended to be the slightly less expensive model following the same formula as the Porsche 911 and Porsche 912 which had sold in parallel in Europe for a number of years.

Officially the names SP1 and SP2 stood for “Sao Paolo 1” and “Sao Paolo 2” however the cars were given the nickname “Sem Potência” shortly after the model’s release, meaning “Without Power” in Portuguese.

This nickname was given due to the fact that the 1.7 liter Volkswagen flat-four engine was producing just 75 hp, resulting in a 0 – 60 mph time of approximately 16 seconds, this was notably slower than the Puma, its arch rival. 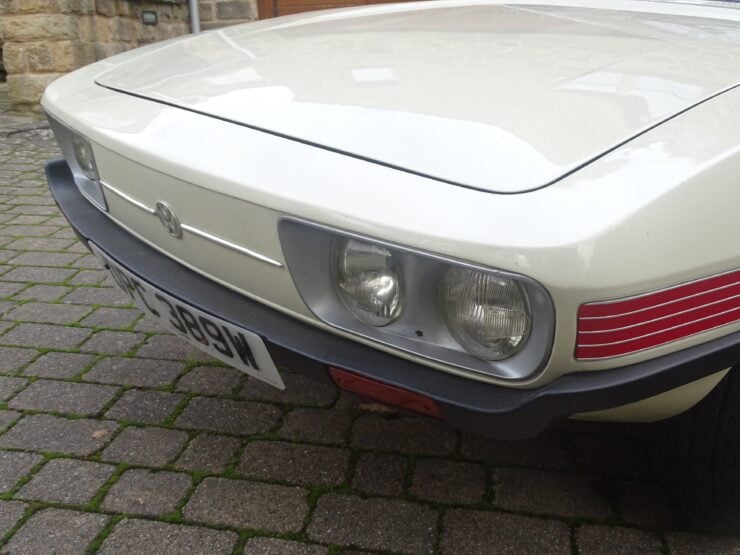 Of course, the local tuning community wasted no time in setting to work on the cars, and in the years since there have been SP2s built with bored and stroked engines, higher compression ratios, hotter cams, and even turbocharging.

Unfortunately very little was done by Volkswagen’s Brazilian operation to fix the power issue when the car was in production, leading to a short 4 year production life with just over 11,000 built in total.

When the SP2 first entered production there was some pressure on Volkswagen to release a version of the car in Europe and other world markets. They opted not to do this, but they did sign an agreement with Porsche around the same time to develop a new VW sports car, this car would become the Porsche 924. A vehicle with a markedly similar side silhouette to its older Brazilian cousin.

Ultimately what could have been Brazil’s answer to the Porsche 911 failed due to its poor performance, that said, the car has become a cult classic in recent years, with owners applying modern performance parts to their engines to significantly increase power output and show what the cars are really capable of. 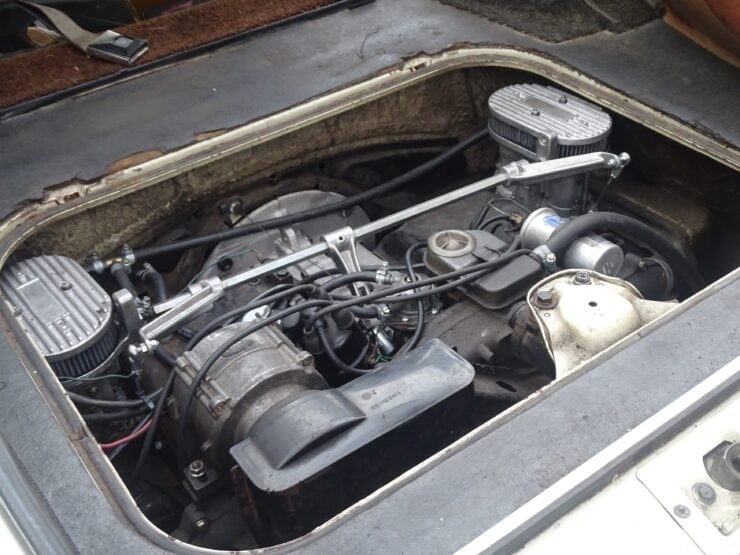 The 1.7 liter flat-four breathes through twin Solex 34 carburetors, power was a little on the low side with 75 bhp, however many owners have applied mods to boost output.

The car you see here is a 1974 Volkswagen SP2, it was exported to Kuwait early in its life and possibly as a result of this it’s avoided the rust that plagued so many cars of this era.

In 2010 it was imported into the UK and it now benefits from a new VW Heritage SP2 1641cc engine fitted in 2018. This SP2 is one of just four believed to be on the road in the United Kingdom and one of every few shipped out of Brazil.

It’s clear that this car has never been restored and is in original condition throughout with some patina visible, particularly on the interior. It’ll be the new owner’s choice whether they undertake a full restoration, a more sympathetic cosmetic restoration, or simply keep the car as it is now. 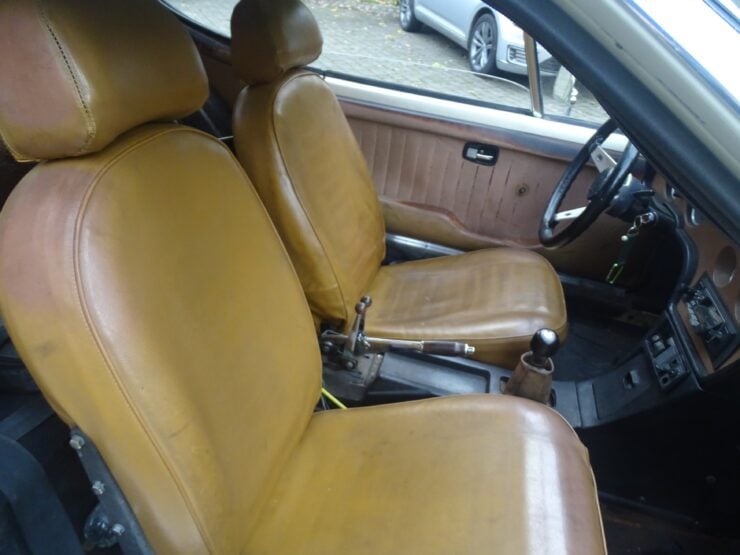 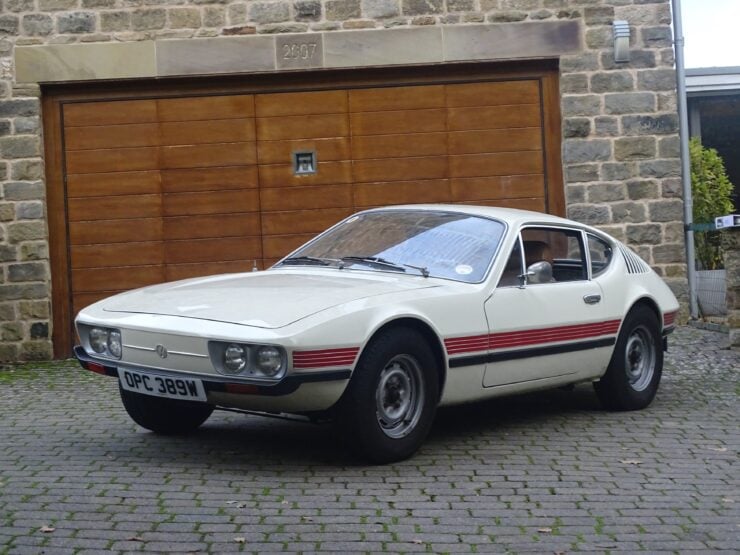 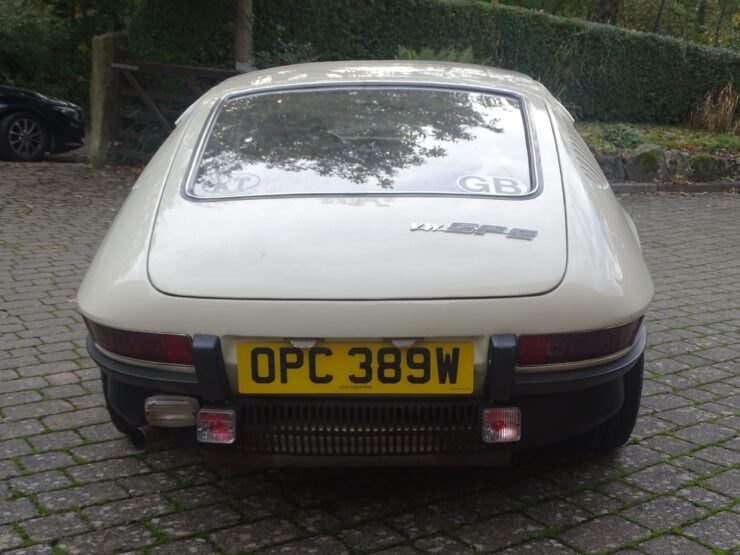 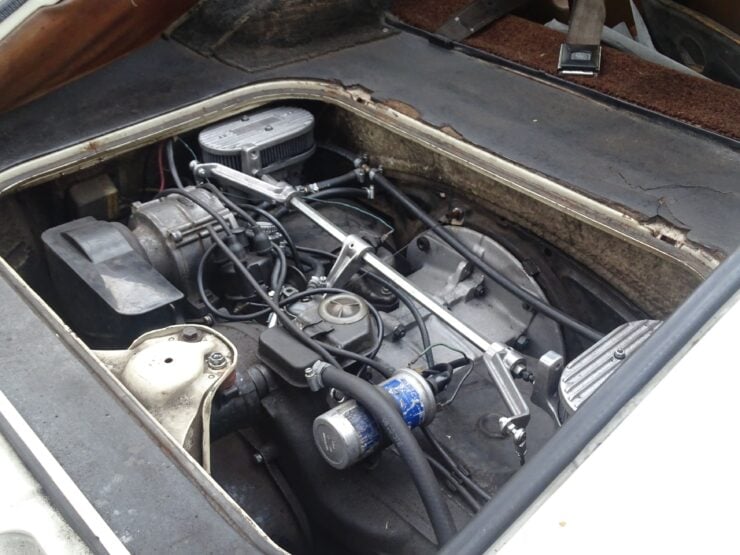 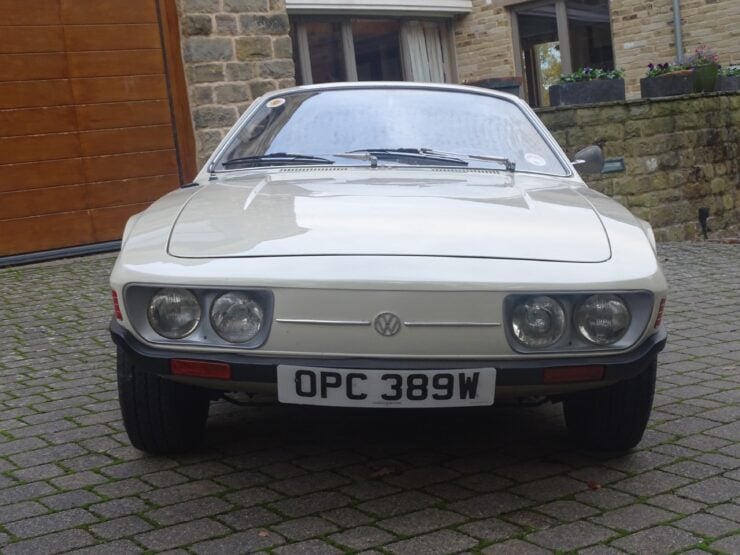 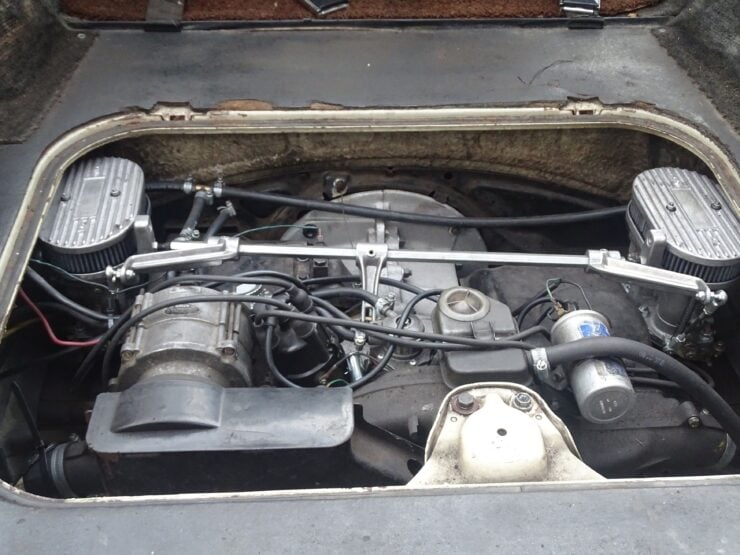 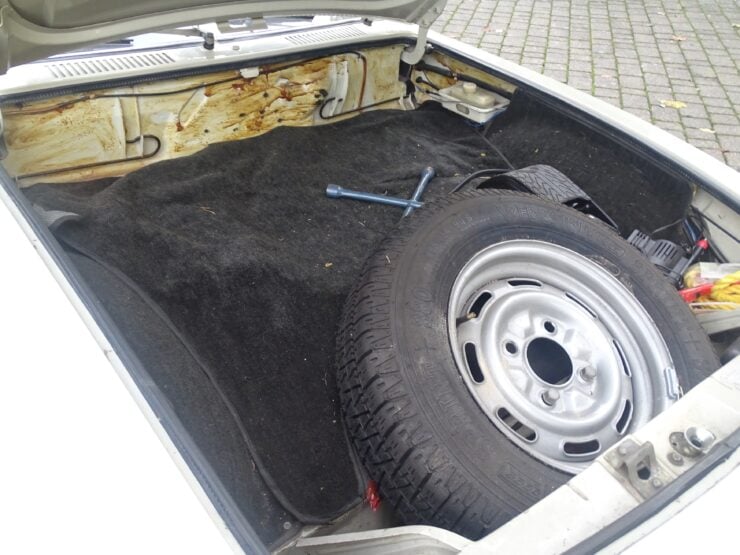 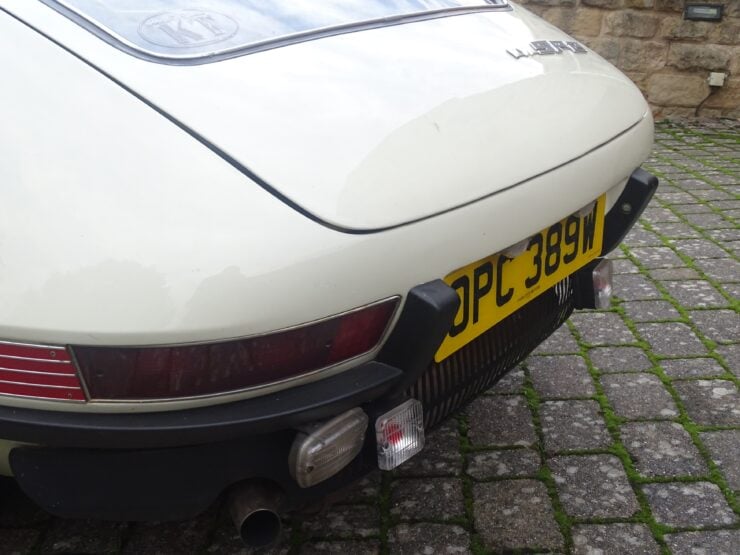 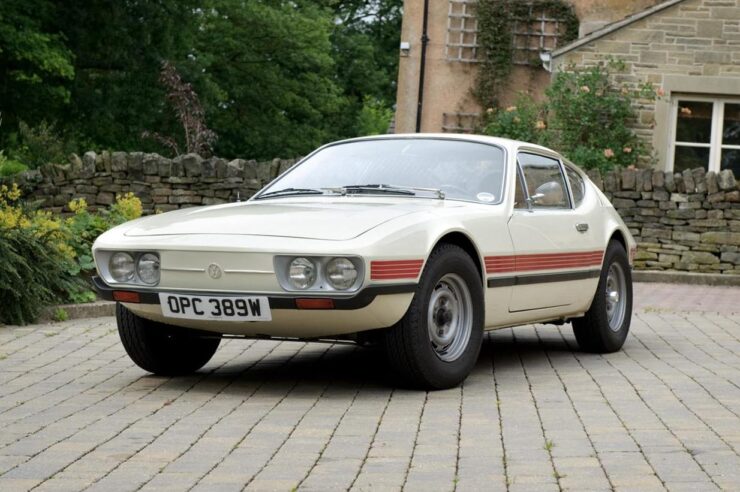