Hans Herrmann, the Porsche 550 Spyder and the Railway Crossing

During the 1954 Mille Miglia, former Formula 1 driver Hans Herrmann came belting around a corner in his Porsche 550 Spyder and approached a railway crossing at high speed, the chap responsible for raising and lowering the railroad crossing gates noticed him too late and dropped the boom with almost no warning.

He realised he didn’t have time to brake so he tapped his navigator, Herbert Linge, on the back of his helmet to make him duck, Herrmann then drove the low slung 550 Spyder under the railway booms with his head on his knees and managed to cross the tracks mere seconds before the fast train to Rome flew by.

Some spectators were so frightened by the event they required “a brandy, and a lie down in a quiet room”. 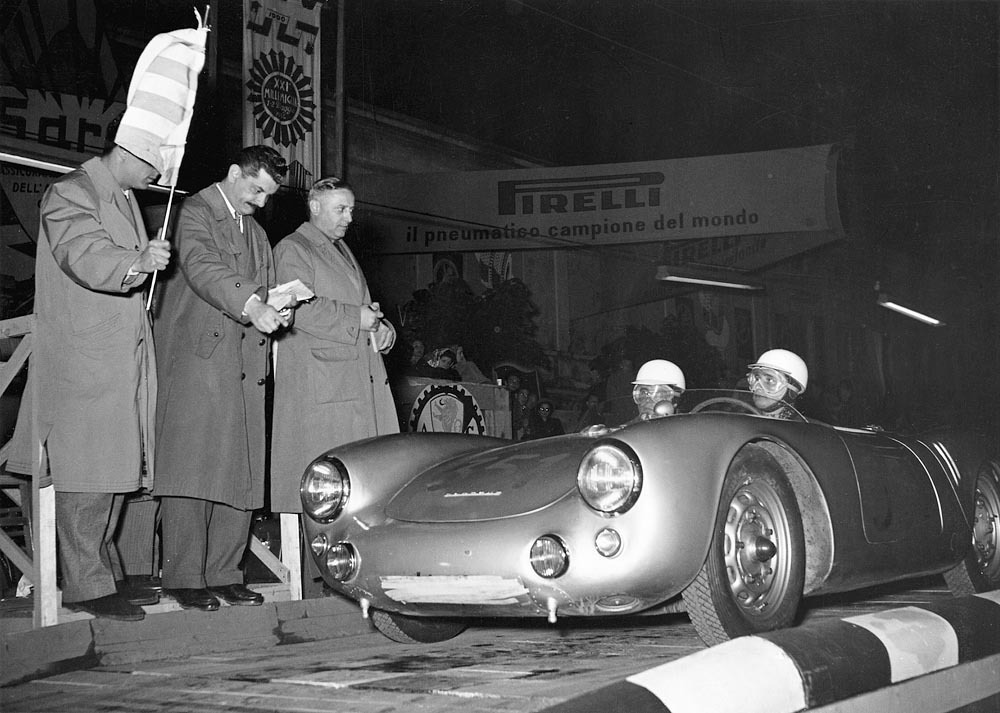 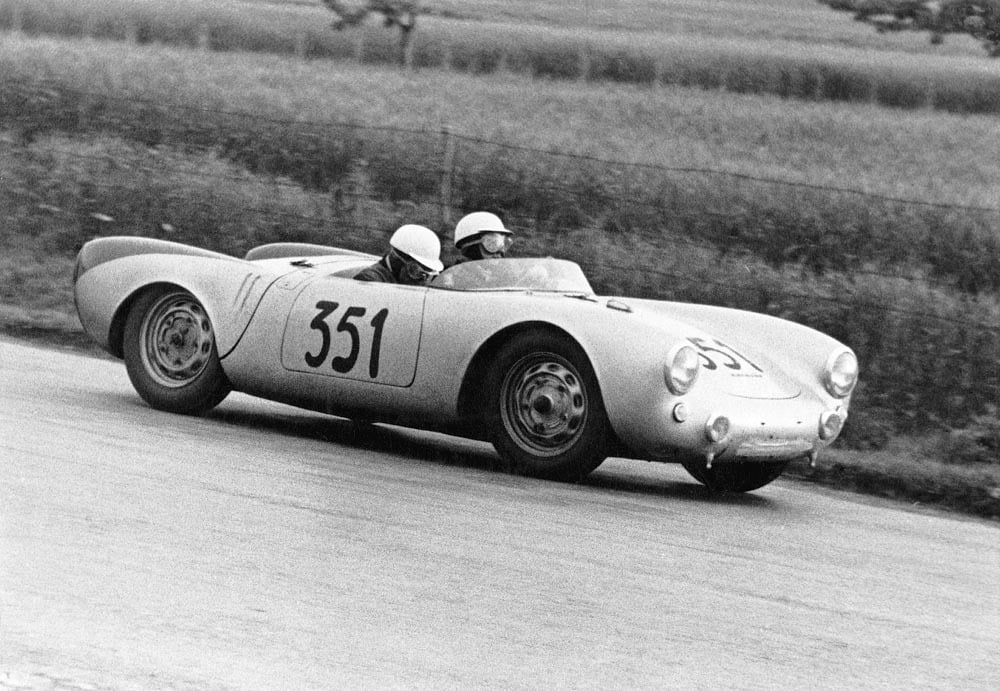