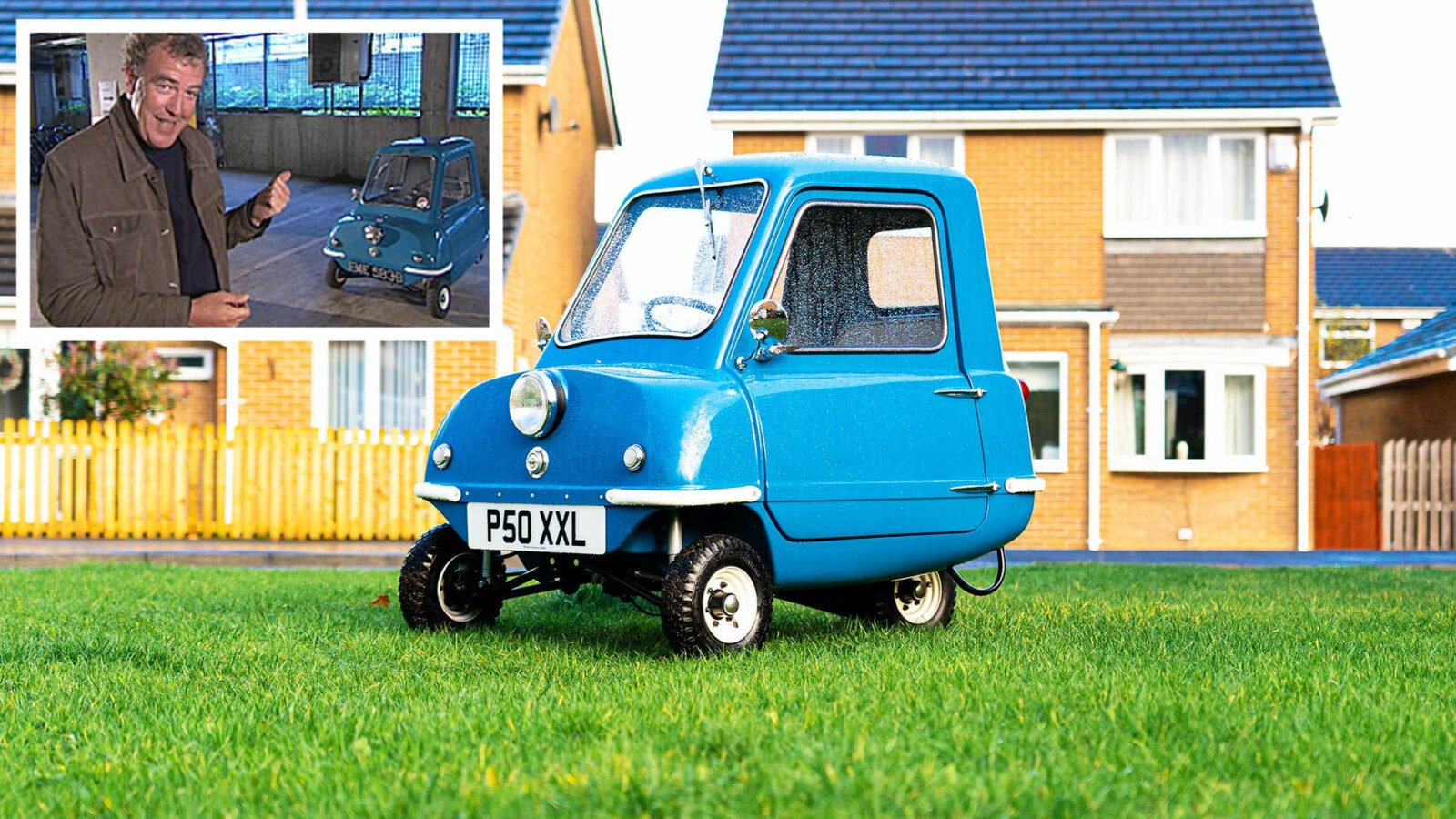 The Peel P50 was originally released in 1962 and sold until 1965, but it was put back into production in 2011 and it’s been in production ever since. Amazingly the little P50 is 100% road-legal in both the United Kingdom and the United States.

In 2010 the Guinness Book Of World Records recognized the P50 as “the world’s smallest production car,” but it’s probably most famous for the fact that Jeremy Clarkson drove on around the BBC offices in a 2007 episode of Top Gear.

The Peel P50 – The Smallest Production Car In History

Above Video: This 2007 clip from Top Gear made the Peel P50 famous to an entirely new generation of viewers.

The Peel P50 is more interested in the other end of the world record club, it’s well known that it’s the smallest production car in world history but it’s also one of the slowest, one of the least powerful, and one of the most fuel efficient cars of its era – with 100+ mpg being entirely attainable.

There are two primary generations of the P50, the original cars from the 1960s and the modern cars that have been built since 2011. Both look almost identical from the outside, it’s not until you look inside or look at the engine that you’re likely to start seeing the differences.

The original cars are powered by an air-cooled 49cc DKW single-cylinder engine mounted to the right side and there’s a small cutaway in the body to ensure it gets adequate cooling. The top speed is 37 mph (60 km/h) and owner’s have reported achieving 100+ mpg.

The modern version of the Peel P50 was originally released with three options, Gas, Eco and Fun. This was changed to Petrol or Electric soon after launch to simplify the product line. 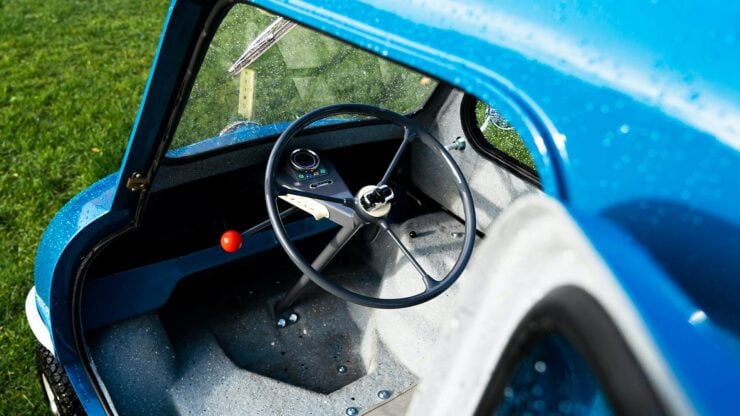 The interior is incredibly spartan with just two pedals, a steering wheel, a shifter, and a speedometer to keep you company.

The petrol version is powered by a 49cc four-stroke engine and the electric model uses an electric moped motor combined with gelled-electrolyte batteries. The top speed of both cars is approximately 28 mph (45 km/h).

The body is of fiberglass monocoque construction, with the suspension and other parts bolted directly onto it. In the modern version there’s two pedals, a steering wheel, a shifter, and a speedometer – though it’s unlikely you’ll ever receive a speeding ticket.

The car you see here is one of the modern production versions, in fact it’s a 2021 model that has just 521 miles on the odometer. The listing explains that it has been dry stored in a heated garage and exceptionally well cared for.

It’s finished in blue which is the same color as the model driven by Clarkson in that famous Top Gear episode, which ensures you’ll have no small amount of fun recreating the scene.

This P50 is currently being offered for sale through live auction on Car and Classic, at the time of writing there are a few days left to bid. If you’d like to read more about it or register to bid you can click here to visit the listing. 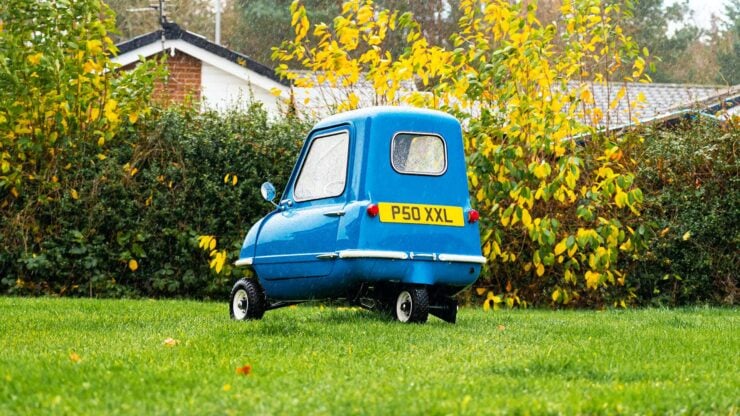 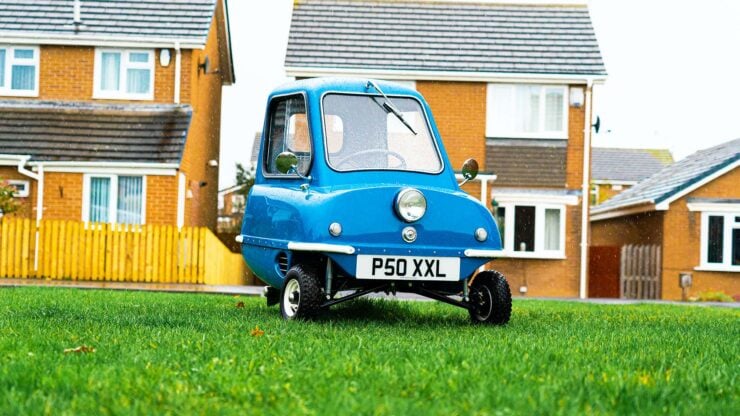 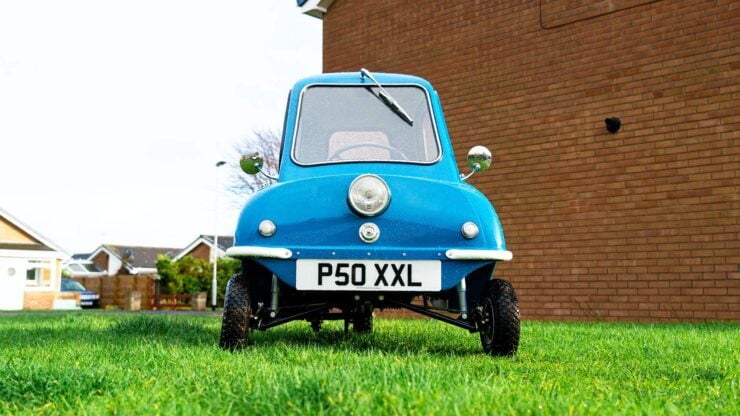 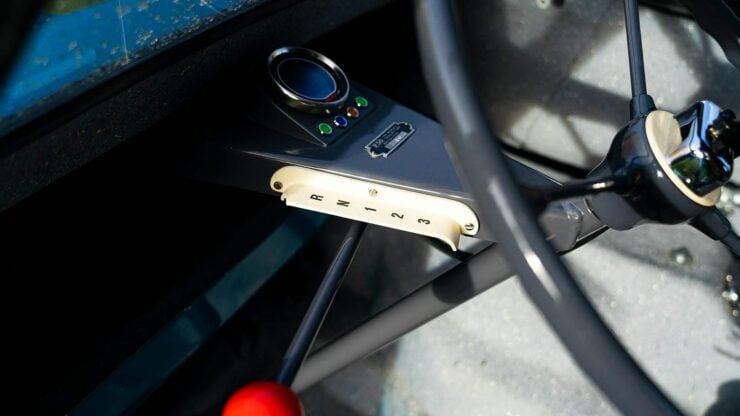 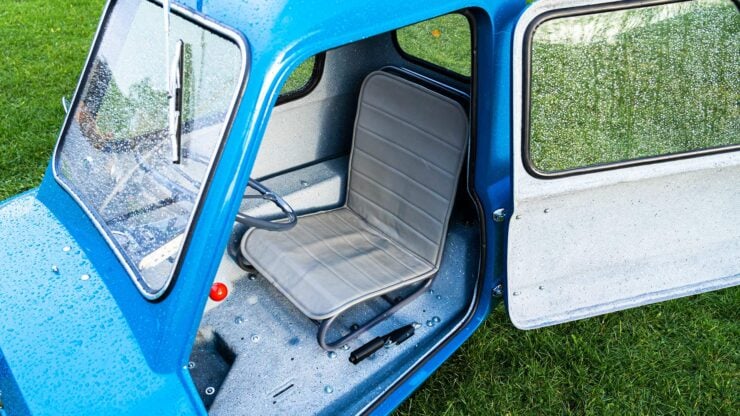 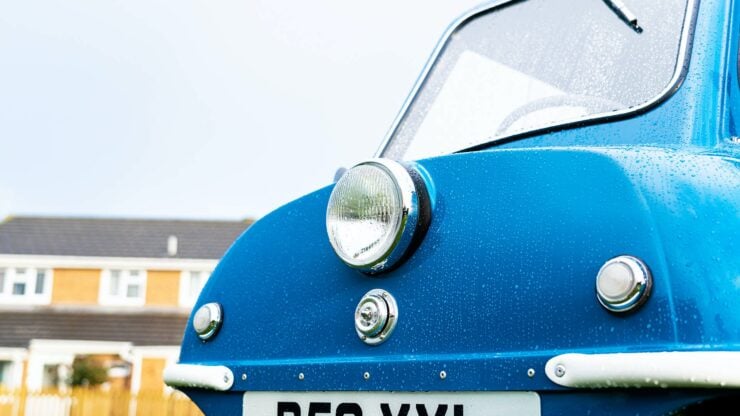 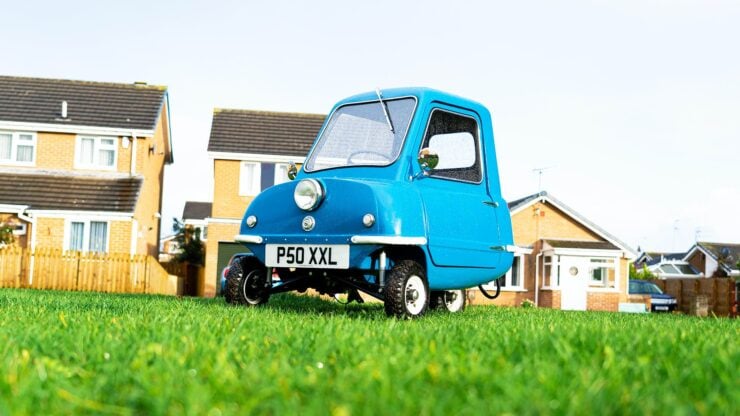 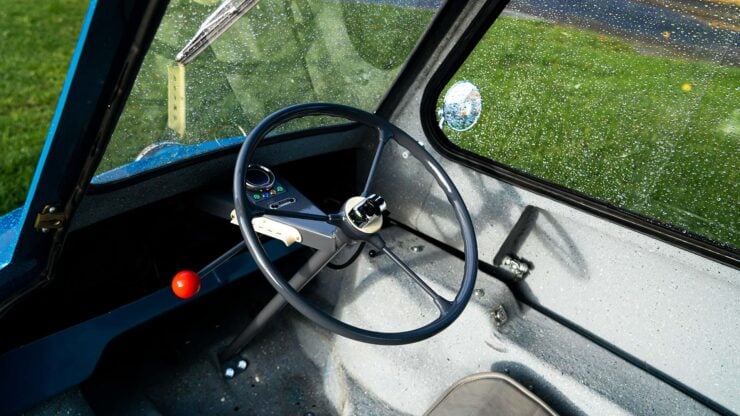 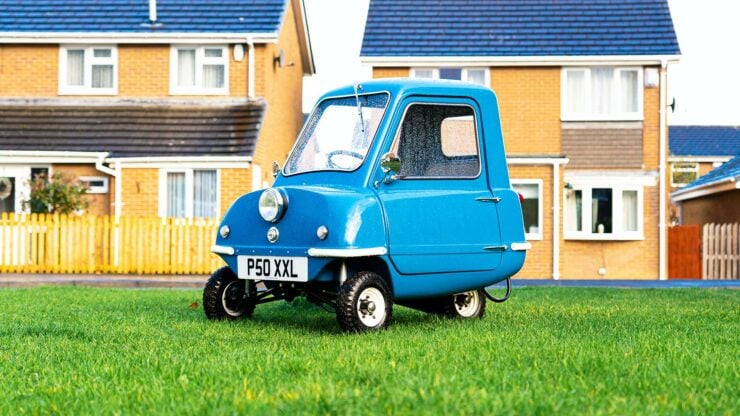 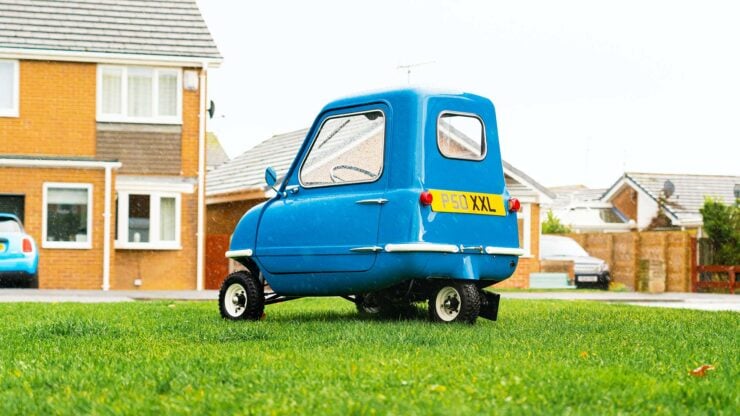