Pininfarina is arguably the most famous automotive design house in the world, they’re responsible for many of the most beautiful cars ever produced, including the Ferrari F40, the Alfa Romeo Spider, the Ferrari Testarossa, the Nash-Healey and plethora of other icons.

These four blueprints are all originals from the Pininfarina studios in Italy, they’re showing their age a little bit but a certain amount of patina adds to the appeal. Their estimated value goes from $500 up to $1,800 USD, and you can click here to visit Bonhams if you’d like to register to bid. 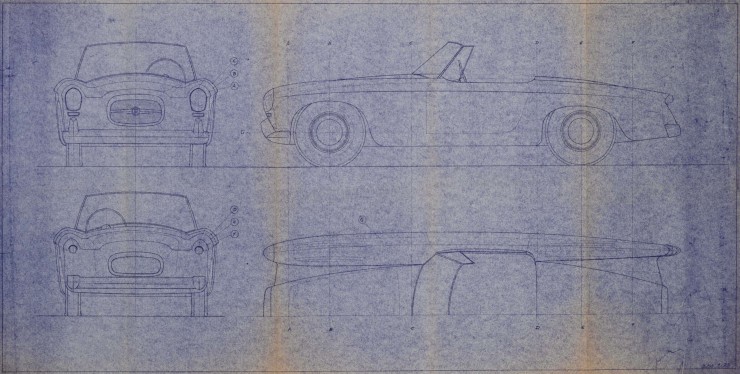