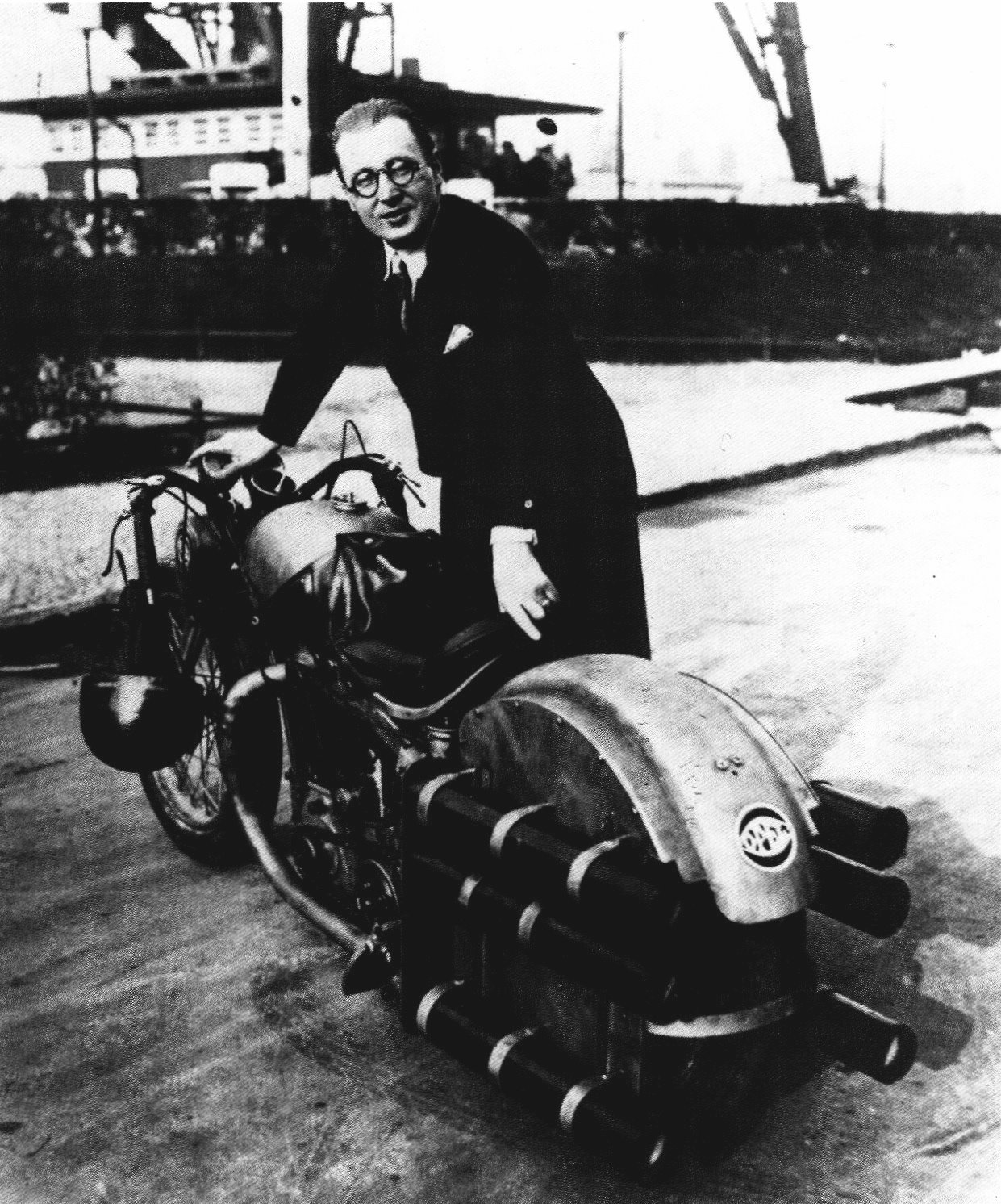 In 1928 Fritz Von Opel set about building the world’s first rocket powered motorcycle, dubbed the Opel Raketen Motorrad, the bike was designed to use it’s internal combustion engine to reach 75mph at which point the rider would hit a foot pedal, igniting the 6 rear mounted solid rocket boosters.

The plan was to break the current land speed record and reach a top speed of 132mph. Sadly the German authorities vetoed the attempt due to safety concerns. The rocket powered motorcycle went on to complete a number of demonstration runs and was used as a marketing tool by Opel for a number of years.

I was surprised to learn that it isn’t currently owned by Jay Leno. 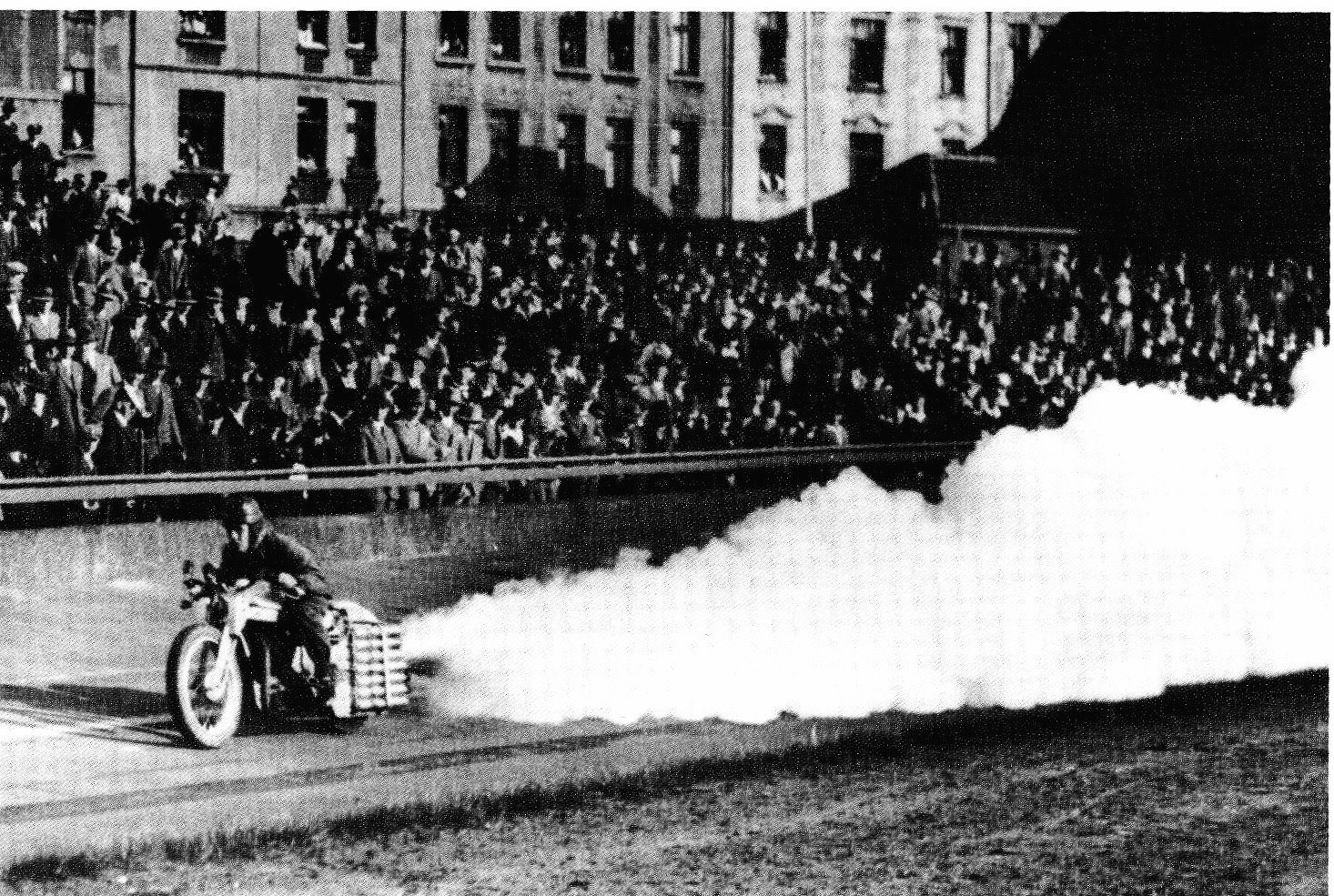 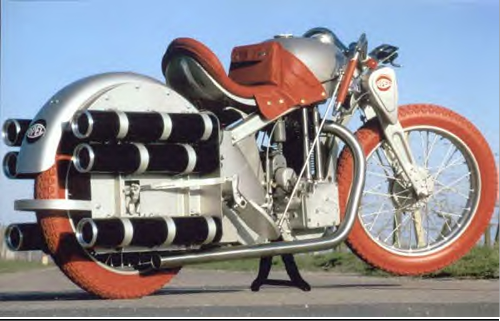 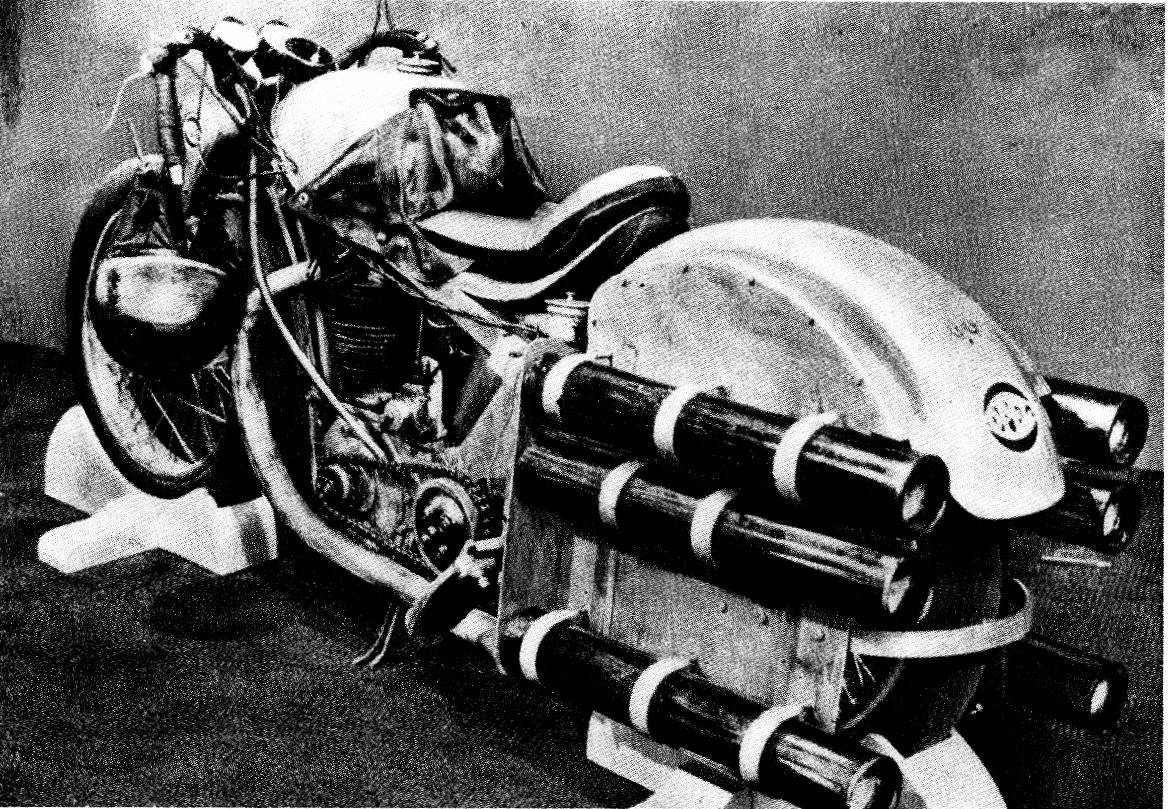 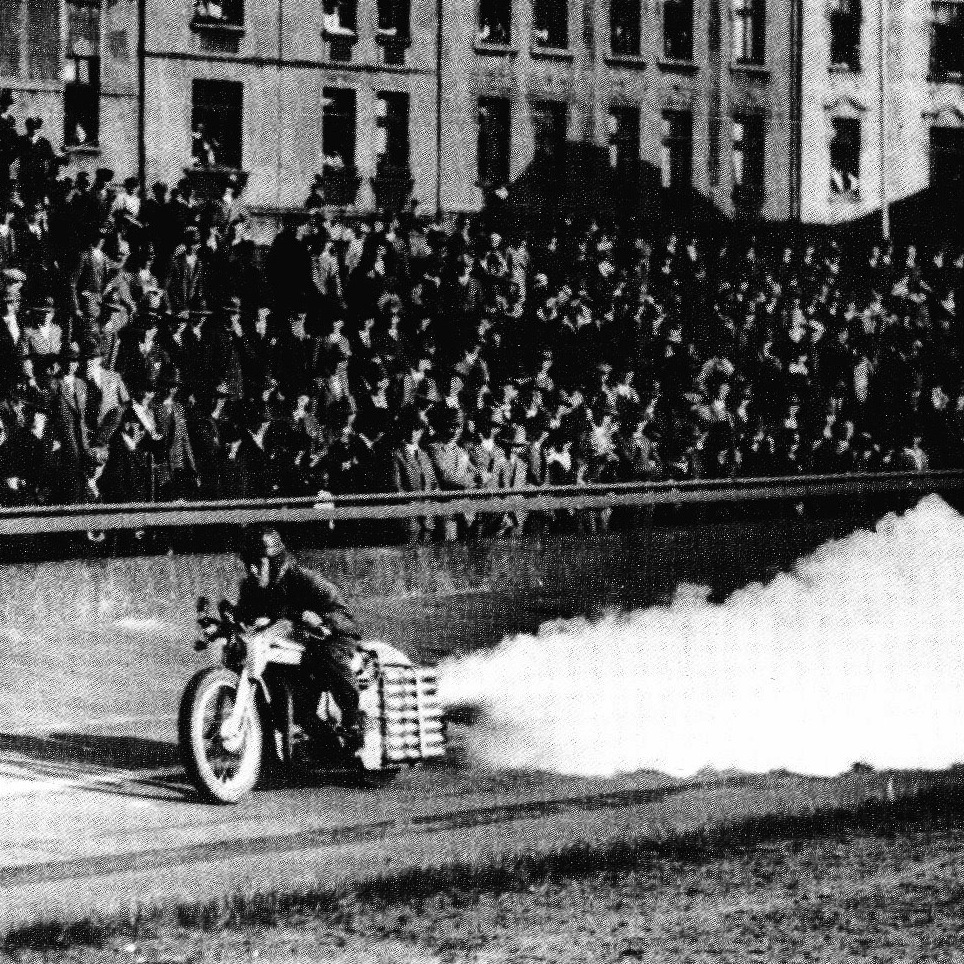