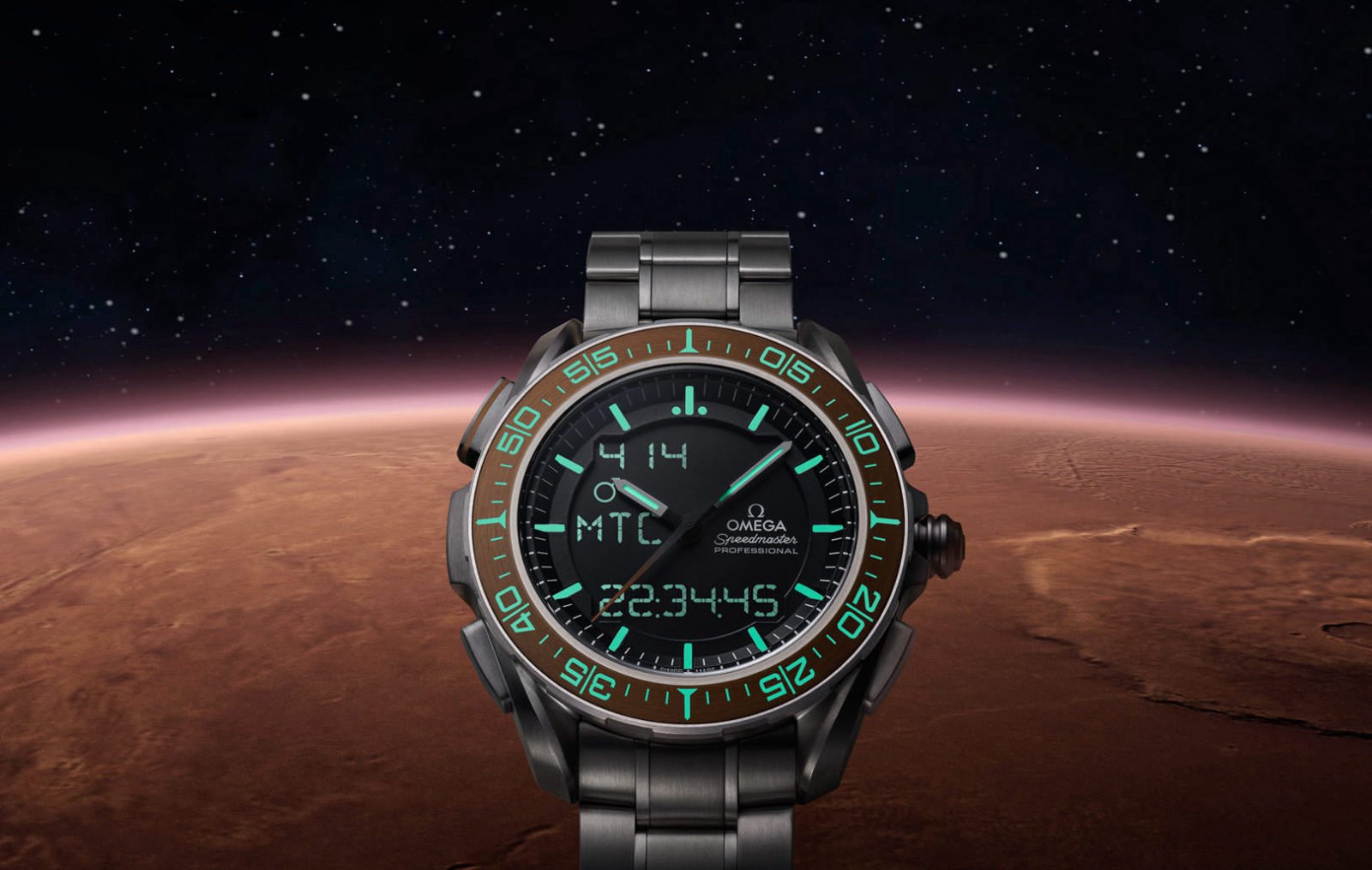 This is the Omega Speedmaster X-33 Marstimer, it was co-developed by Omega and the European Space Agency (ESA) specifically to be suitable for use on both Earth or Mars.

Omega is well-known as the company that made the first watch ever used in space – the Omega Speedmaster on the wrist of astronaut Walter Schirra who flew on the Mercury-Atlas 8 mission in 1962.

Other Omega Speedmasters would be the first watches worn on the Moon, by Buzz Aldrin and Neil Armstrong on the Apollo 11 mission. Four years before this in 1965 a Speedmaster had been worn by astronaut Ed White as he made the first ever American spacewalk as part of the Gemini 4 mission. 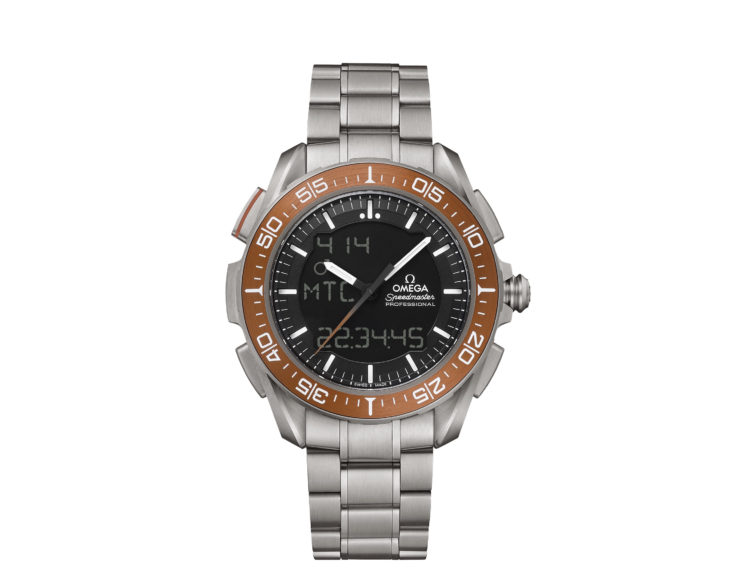 The case of the Omega Speedmaster X-33 Marstimer is made from grade 2 titanium, and it comes with a grade 2 and 5 titanium bracelet, as well as a NATO strap.

With all of this space heritage in mind it was perhaps understandable that Omega would want to get ahead of the ball on any future missions to Mars.

The X-33 Marstimer was in development for years, as noted above it’s joint project between the Swiss watchmaker and the ESA, and its movement was designed under an ESA patented license for use by astronauts.

Whereas the earlier space-bound Speedmasters all had mechanical movements, the Marstimer is fitted with the Omega 5622, it’s an exceedingly precise, thermo‑compensated, multi‑functional quartz movement that offers a slew of additional functions. 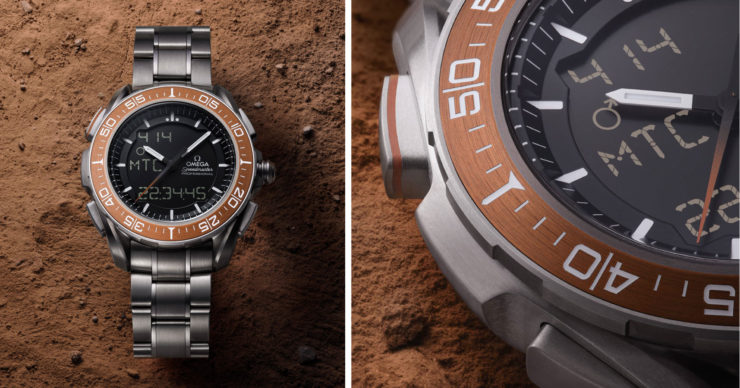 The bezel of the X-33 Marstimer has an oxalic anodized aluminum finish in red hematite, to resemble the martian regolith.

Among those additional functions is a dual time mode that shows the time and date on Earth and on Mars at the red planet’s prime meridian. The watch also has a built-in solar compass that allows you to find true north on both planets in a hurry – a potentially useful feature should you happen to be one of the few chosen to fly on NASA’s first planned mission there in the late 2030s.

The Speedmaster X-33 Marstimer has a grade 2 titanium case that measures in at 45mm, it comes in a box with both a grade 2 and 5 titanium bracelet, and a dedicated NATO strap that’ll keep it firmly strapped to your arm even if one of the lug pins pops out.

The number of X-33 Marstimers being produced is limited and they’ve already sold out in some locations, the MSRP in the USA is $6,400 USD if you can find one available. 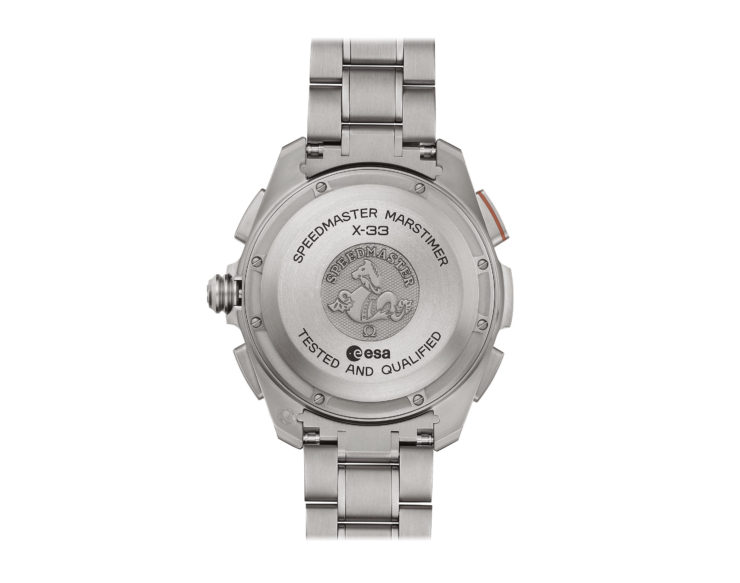 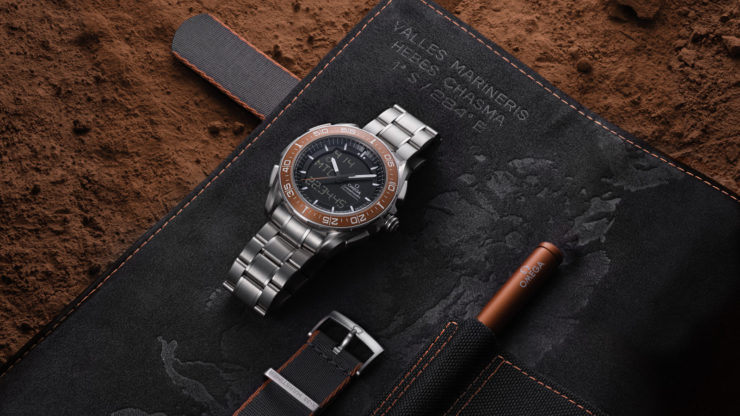 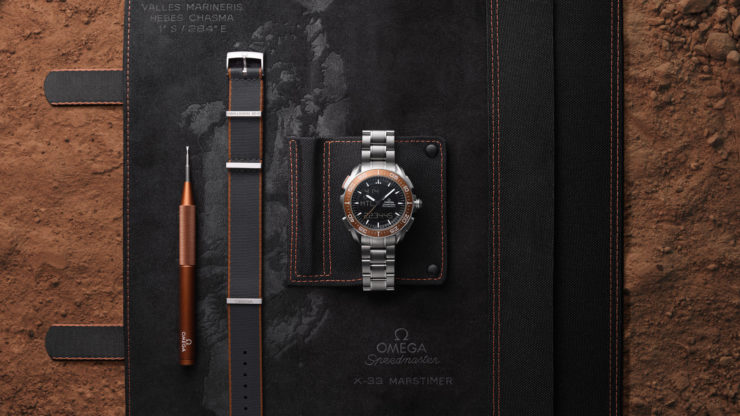 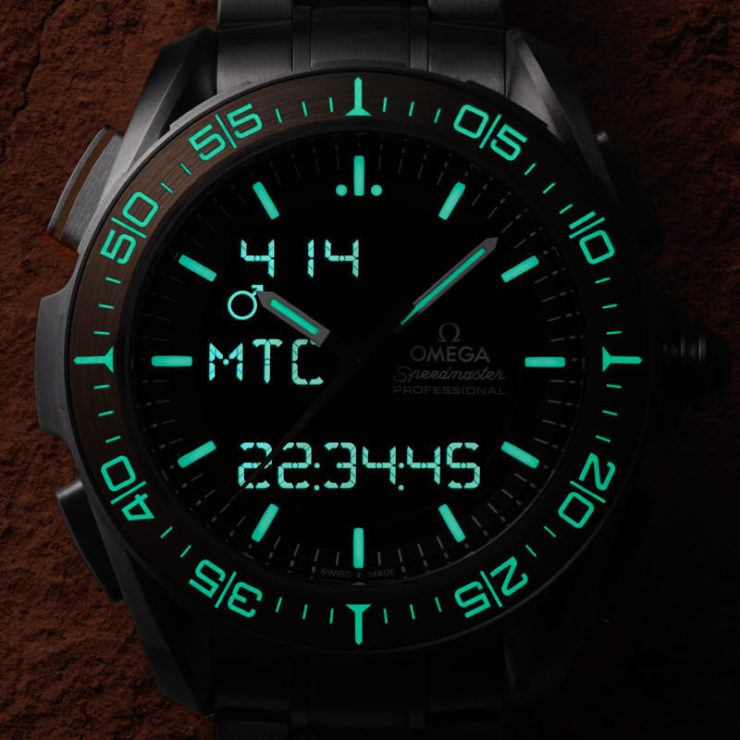 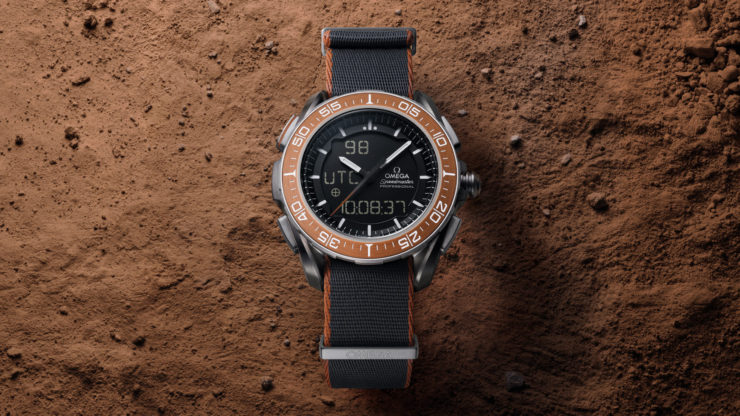