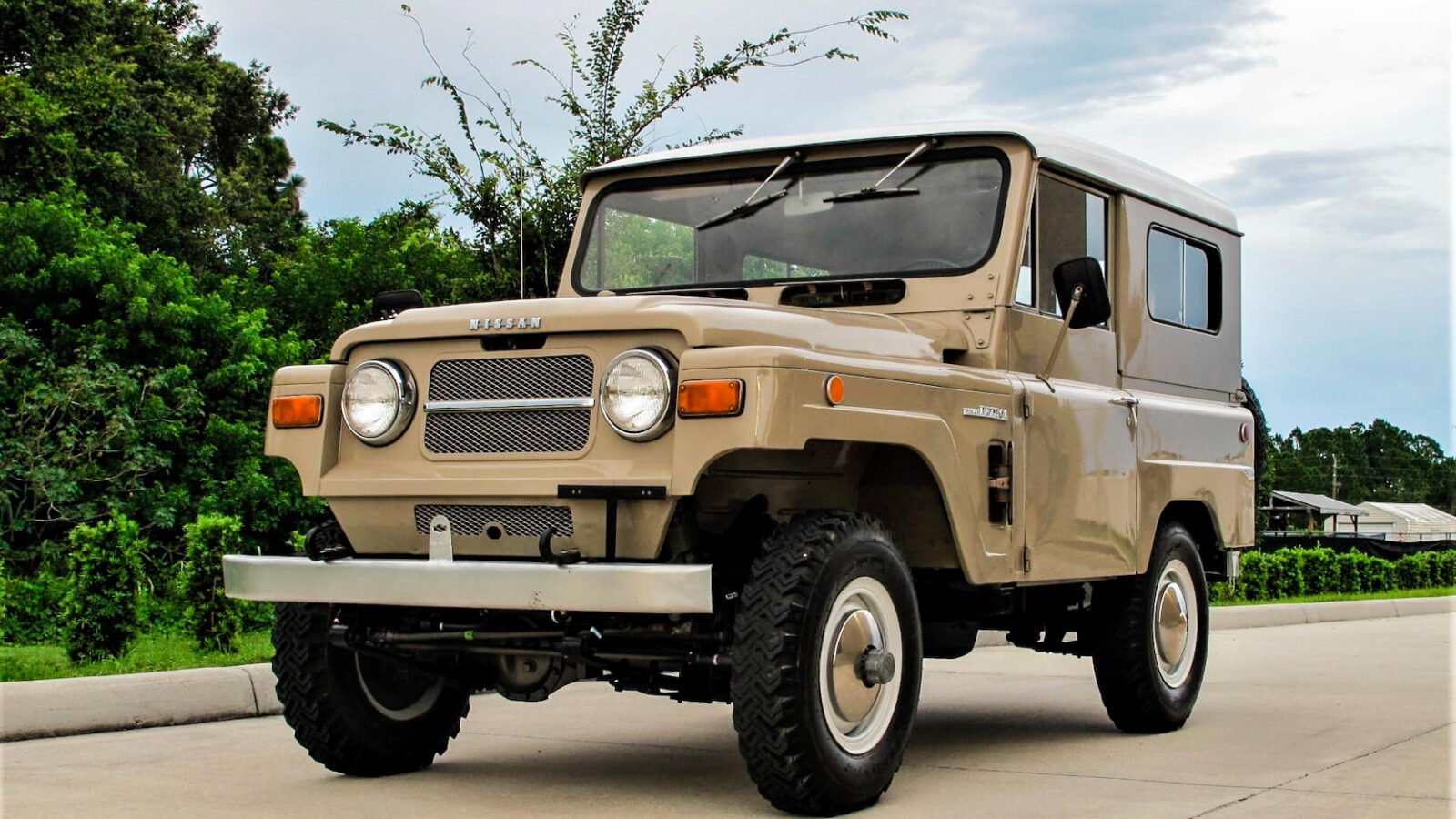 This is a comprehensively restored 1969 Nissan Patrol 60, and a great example of what is now remembered as the first Patrol to be exported out of Japan and into various world markets in including the United States, Canada, Australia, South Africa, and India.

The Nissan Patrol has always somewhat lived in the shadow of more famous four-wheel drives, like the original Jeep, the Land Rover, and the Land Cruiser, however the Patrol has proven itself to be just as capable as any of its period rivals.

The second generation Nissan Patrol, known as the 60 series, was developed in the late 1950s to solve the same problem that fellow 4×4 makers Land Rover, Willys, and Toyota were also working on – making their vehicles a little easier to live with on a daily basis. 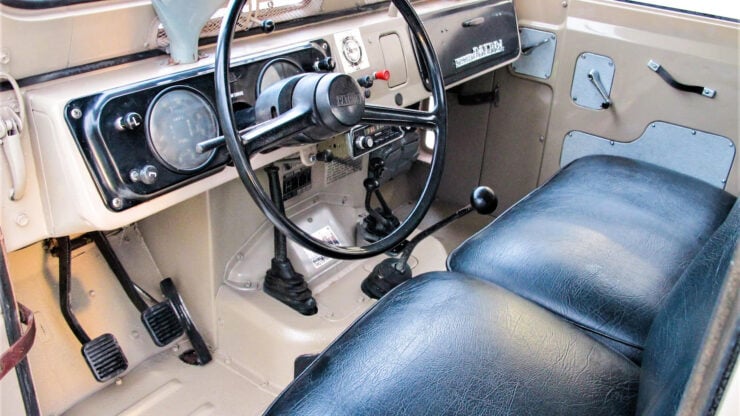 Whereas the first generation Nissan Patrol was closely based on the American Willys Jeep the 60 series would be its own unique design, with a fully closed cab, and basic amenities that made it a lot easier for owners to live with as a daily driver.

The Nissan Patrol used much the same structural design as its four-wheel drive contemporaries, including body-on-chassis design, a simple stamped steel body (or aluminum in the case of the Land Rover), with a front mounted engine sending power to either the rear wheels or all four wheels depending on the driver’s preference.

The 60 series Patrol was powered by the famously tough 4.0 liter straight-six petrol Nissan P engine, with pushrod actuated overhead valves, and 123 to 143 hp depending on model year.

Power was sent back to either a 3 or 4-speed manual transmission depending on model year, and a 2-speed transfer case giving the Patrol high and low-range, as well as driver selectable two or four-wheel drive.

The enduring nature of the Patrol’s design was perhaps best captured by the Indian armed forces, who entered into an agreement with Nissan to build their own version under license in India.

This Indian Patrol would be named the Jonga, short for Jabalpur Ordinance aNd Guncarriage Assembly. Production would stretch from 1965 all the way to 1999, and the vehicles are still a common sight on the roads of India with many former military vehicles now in private hands. 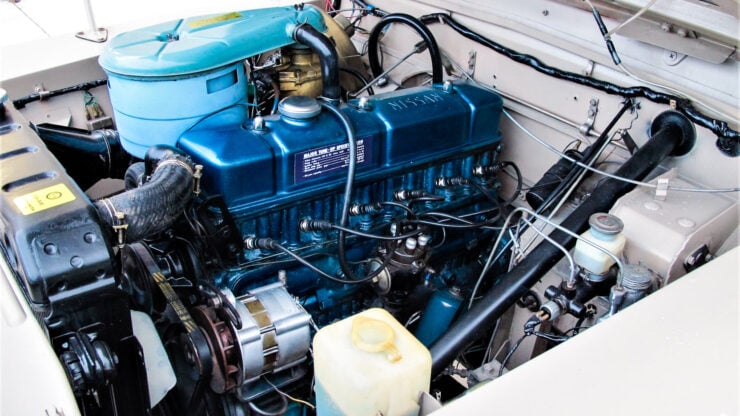 The Nissan Patrol is now on its sixth generation, the popularity and positive reputation enjoyed by the model was largely established during the 20 year production run of the second generation model, so it’s not surprising that their values have been climbing significantly in recent years.

The Patrol you see here is a 1969 model, that was an important year for the model line as it was the last year that the model would ever be offered for sale in the USA.

This is the single nicest looking second generation Patrol we’ve seen in some time, largely due to the fact that it was comprehensively restored back to the condition it would have been in when it first rolled out of the factory.

It’s still fitted with its original matching-numbers engine, it’s finished in tan with white steel wheels and chrome hub caps, and it has a white roof.

If you’d like to read more about this Patrol or register to bid you can click here to visit the listing on Mecum. It’s due to roll across the auction block in late July. 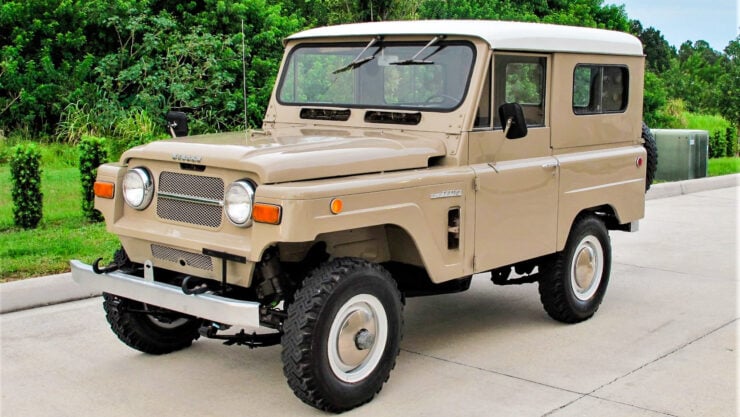 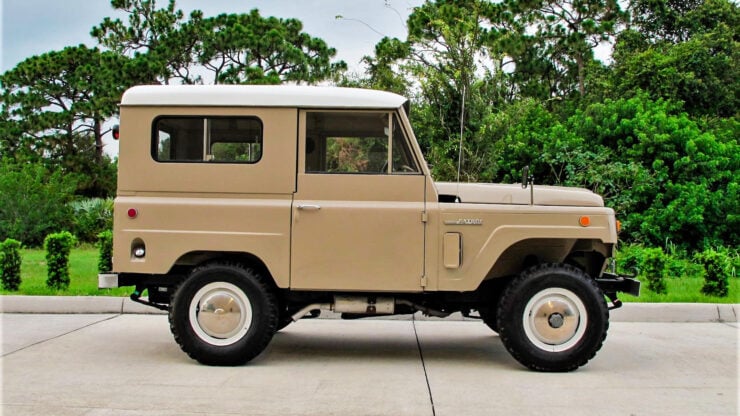 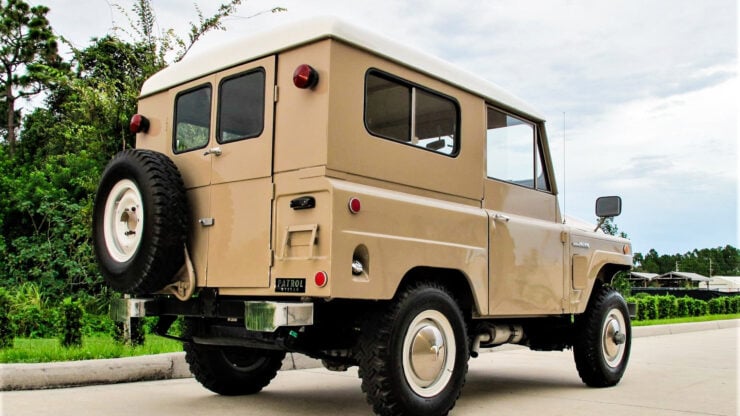 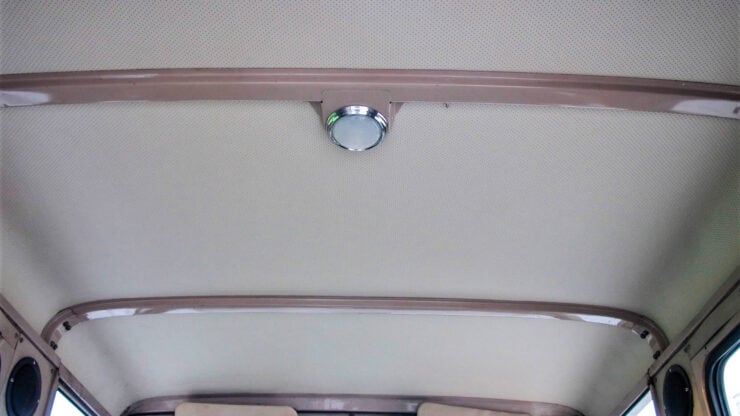 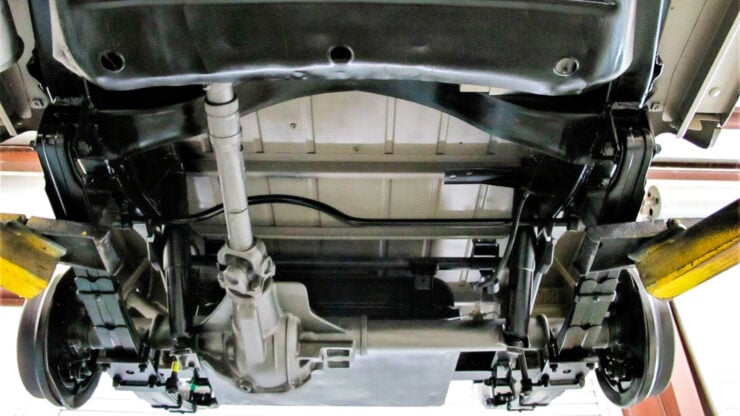 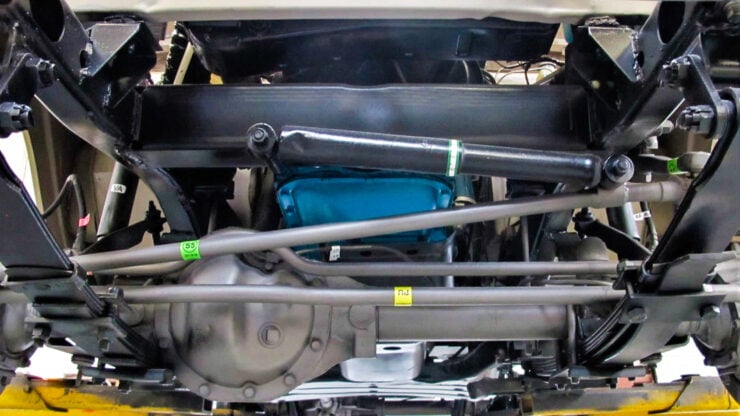 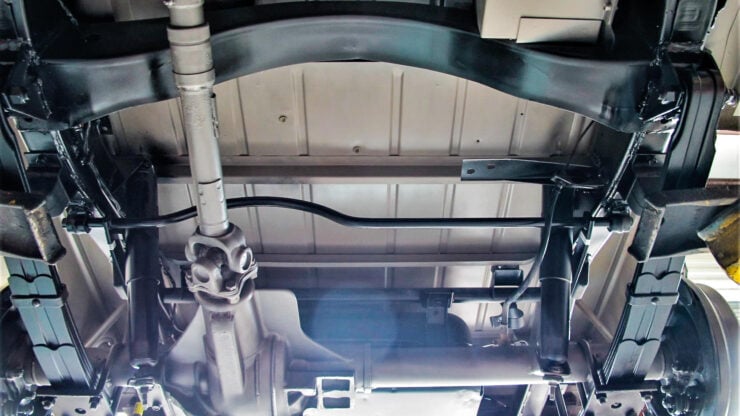 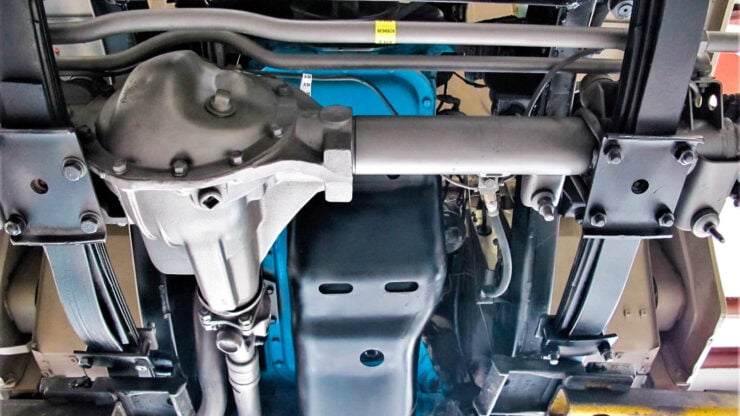 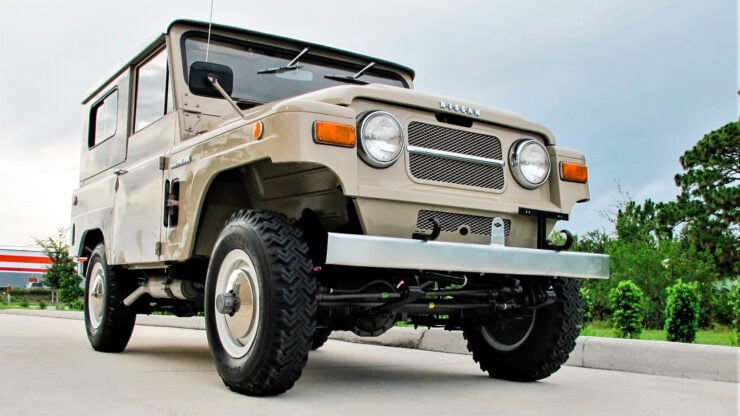 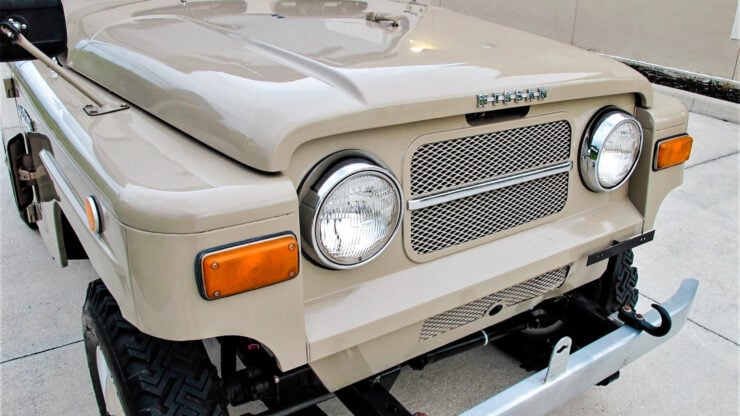 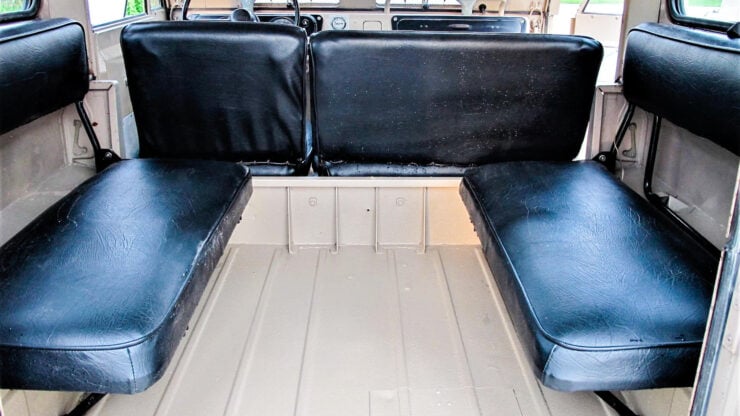 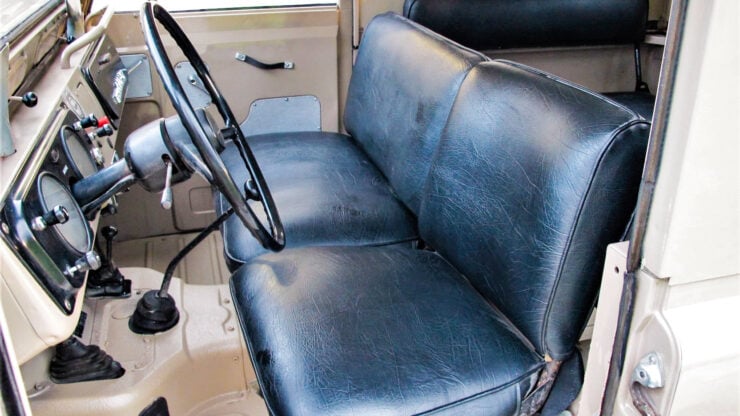 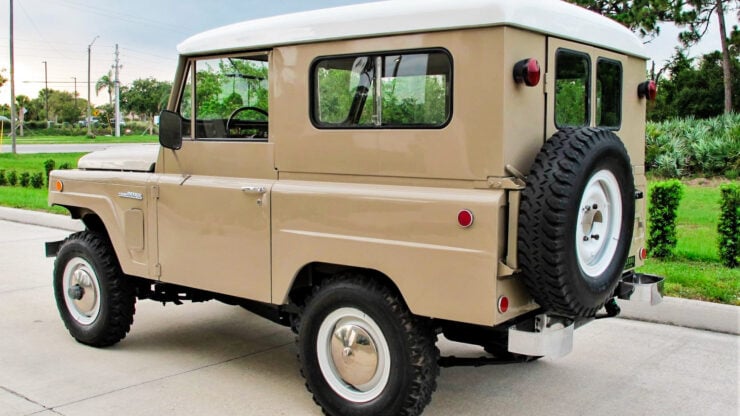 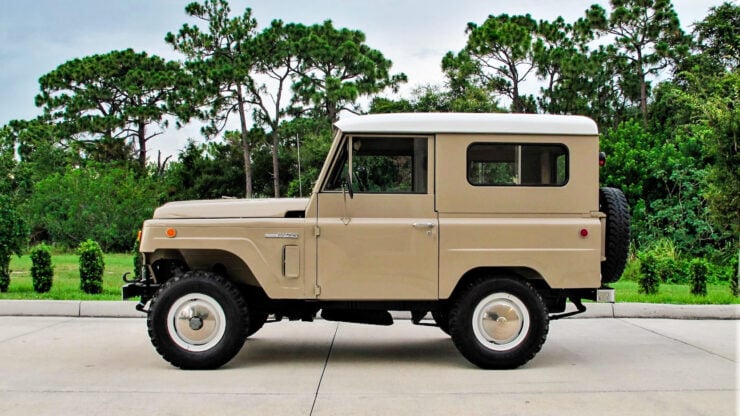