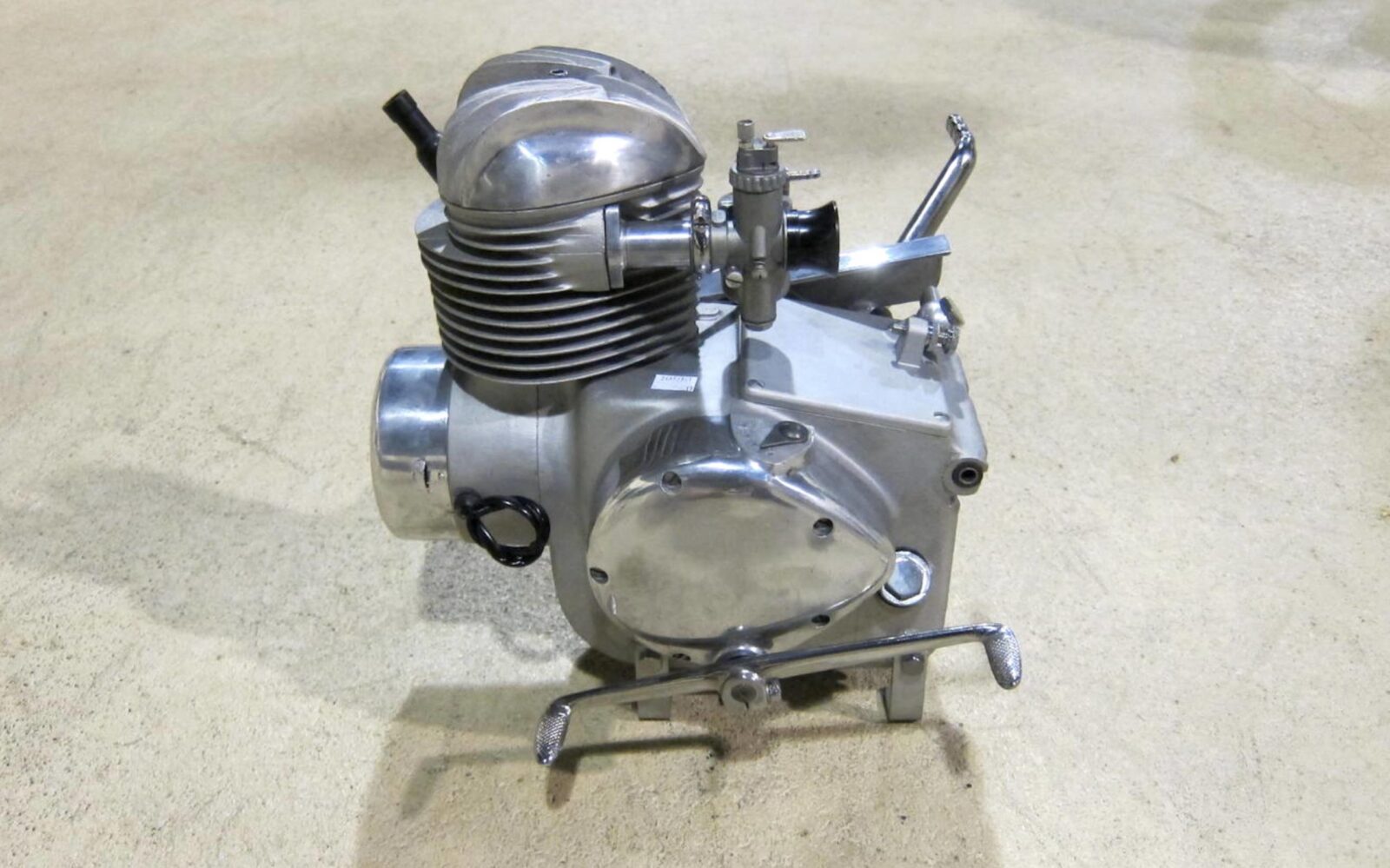 Editor’s Note: We now have an answer to this, please see the new addendum under the original post.

This mystery motorcycle engine has us stumped, it’s also stumped the experts over at Bonhams so we’re publishing it here with all the images and information we have in the hopes that one of you will recognise it. If the engine does get identified we’ll update this post with as much relevant information and history on it that we can find.

The team at Bonhams have the engine listed as part of the upcoming Bicester Heritage auction due to be held on the 14th of August. The description simply says: “Engine number *01820*, with Dell’Orto carburettor attached, condition and completeness unknown, close inspection advised.” It’s listed as an Unidentified Motorcycle Engine/Gearbox Unit, and there’s no additional information about its year or any other history.

The engine is clearly a small capacity, single cylinder, unit construction, air-cooled engine – the design of it and the Dell’Orto carburettor may imply that it’s of Italian origin. I’m not going to speculate here any further here about the engine as I’m sure I’ll just end up looking like an idiot, so I’m turning it over to the readers of Silodrome to see what they can turn up. If you recognise this engine you can contact us here to fill us in on what it is!

This is a Caproni Capriolo 75 engine that appears to be wearing an aftermarket finned alloy valve cover. The Capriolo 75 was fitted with a fascinating engine, it features a longitudinal crankshaft with a front mounted flywheel, it also has an overhead cam powered by a bevel gear drive in the rear of the cylinder casting.

Read more about the Capriolo 75 here. 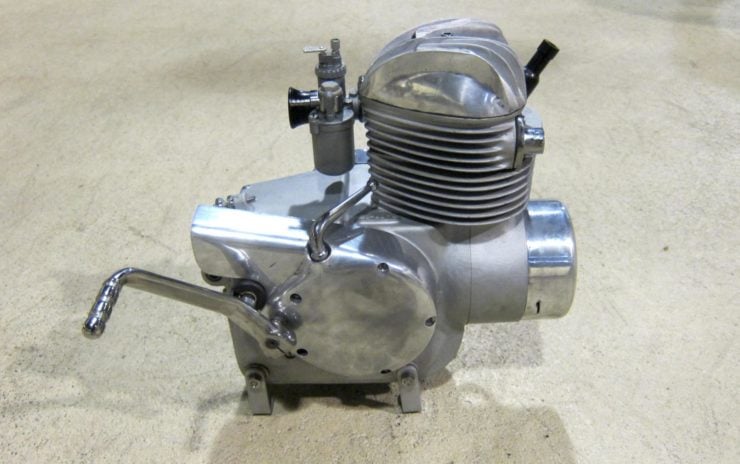 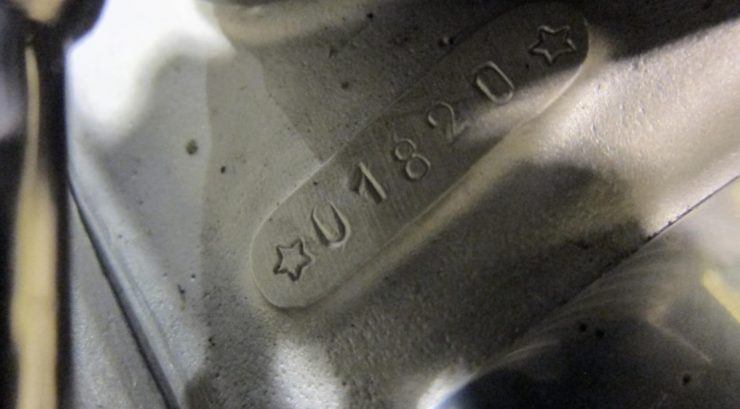 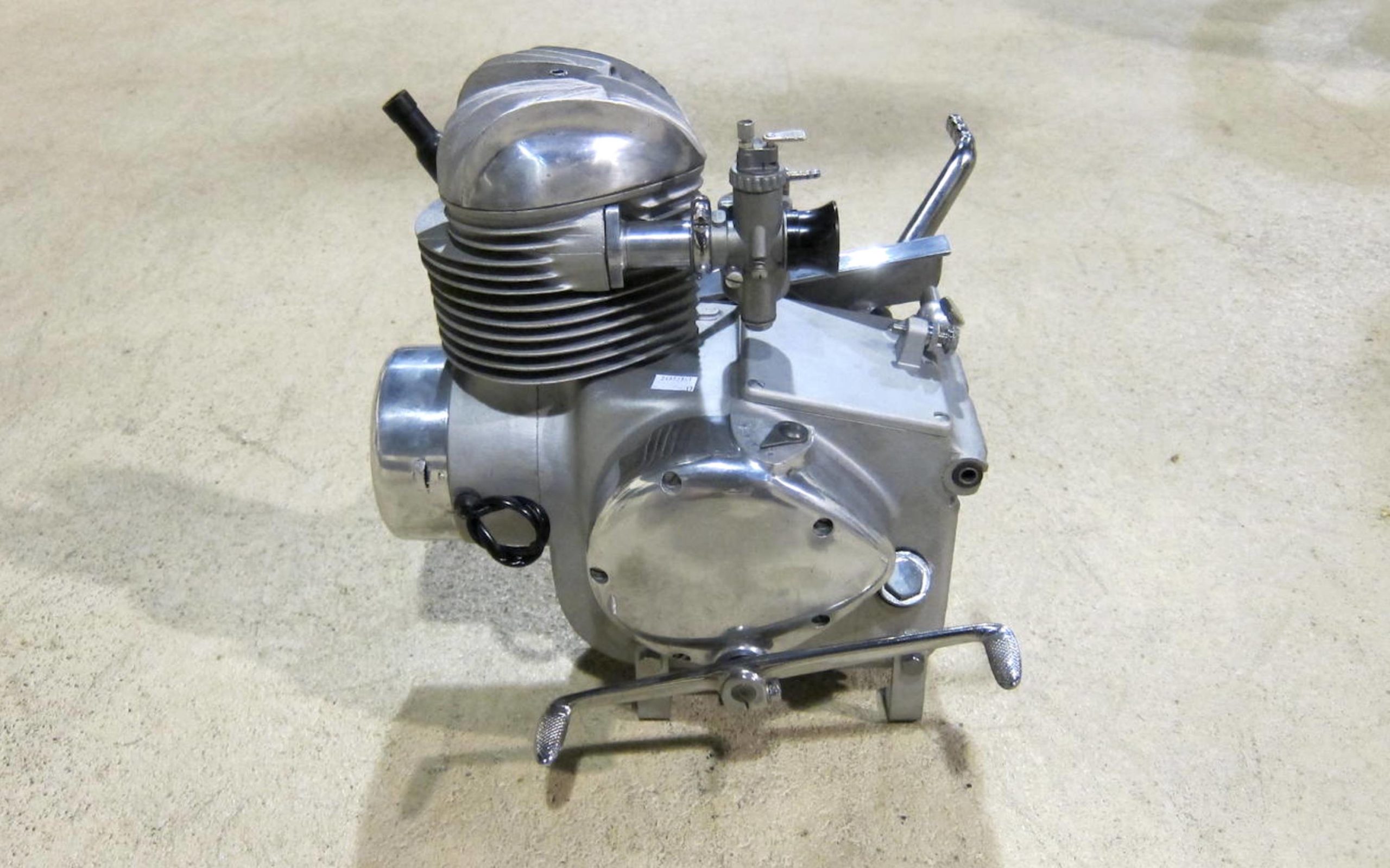